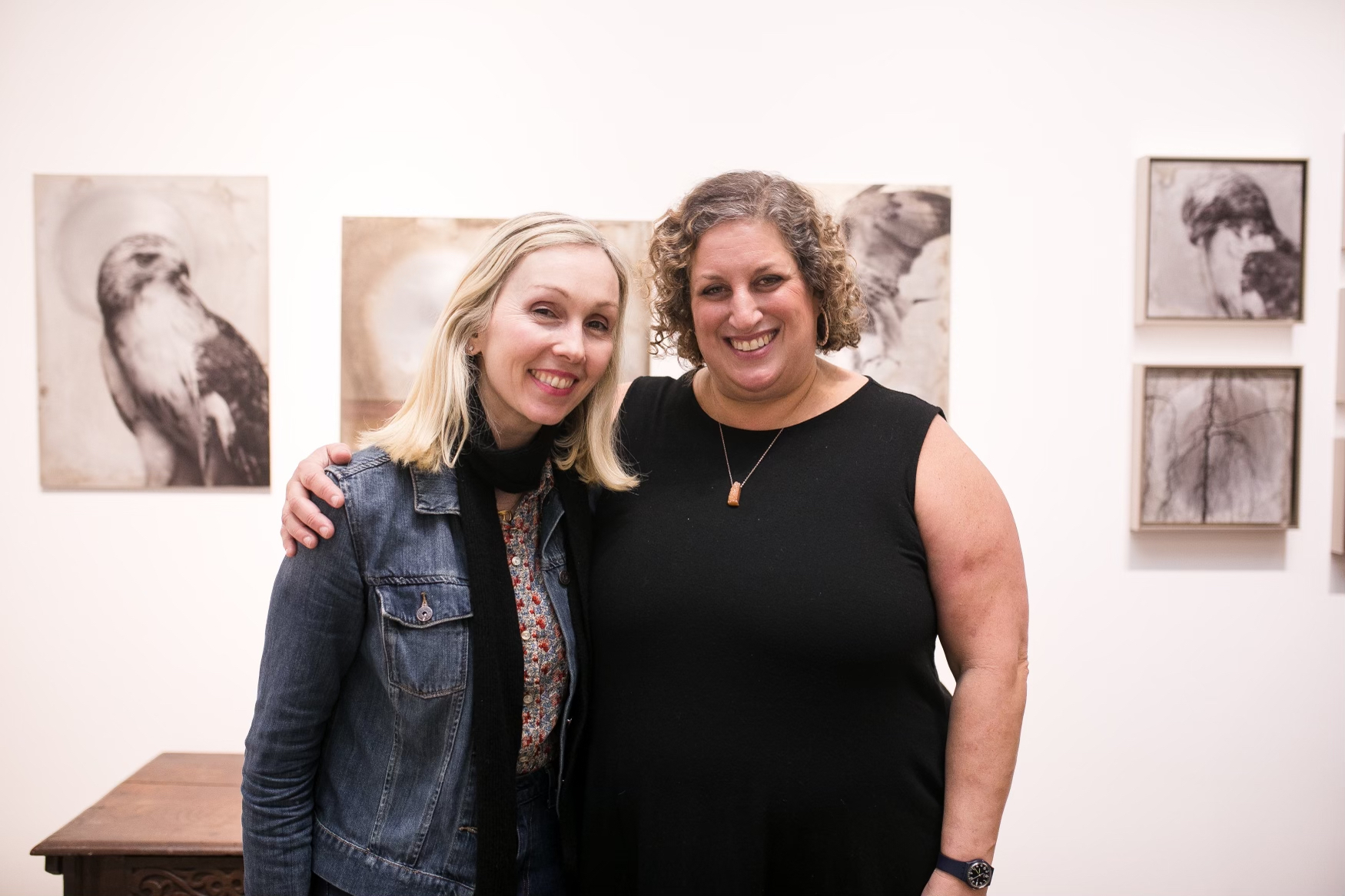 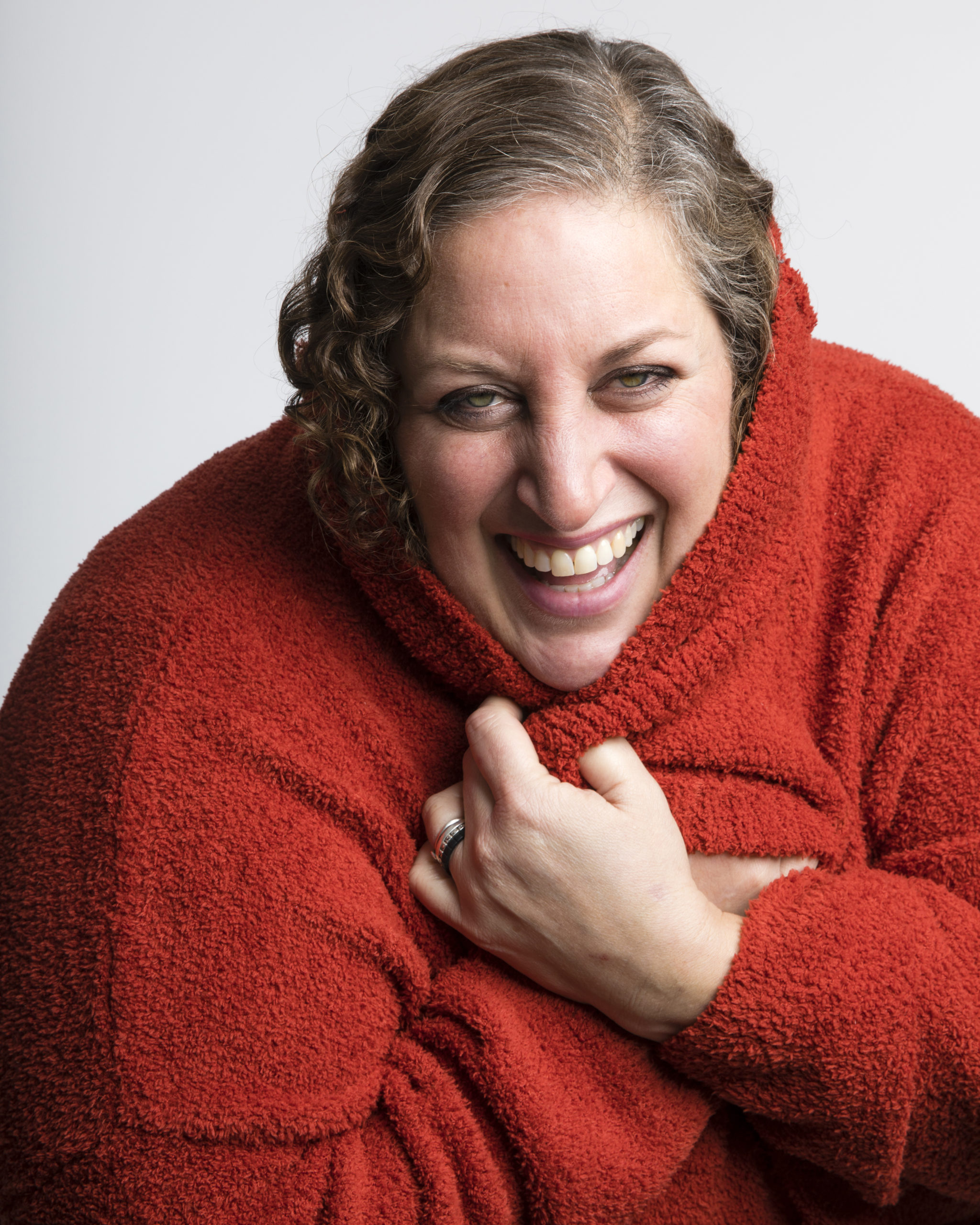 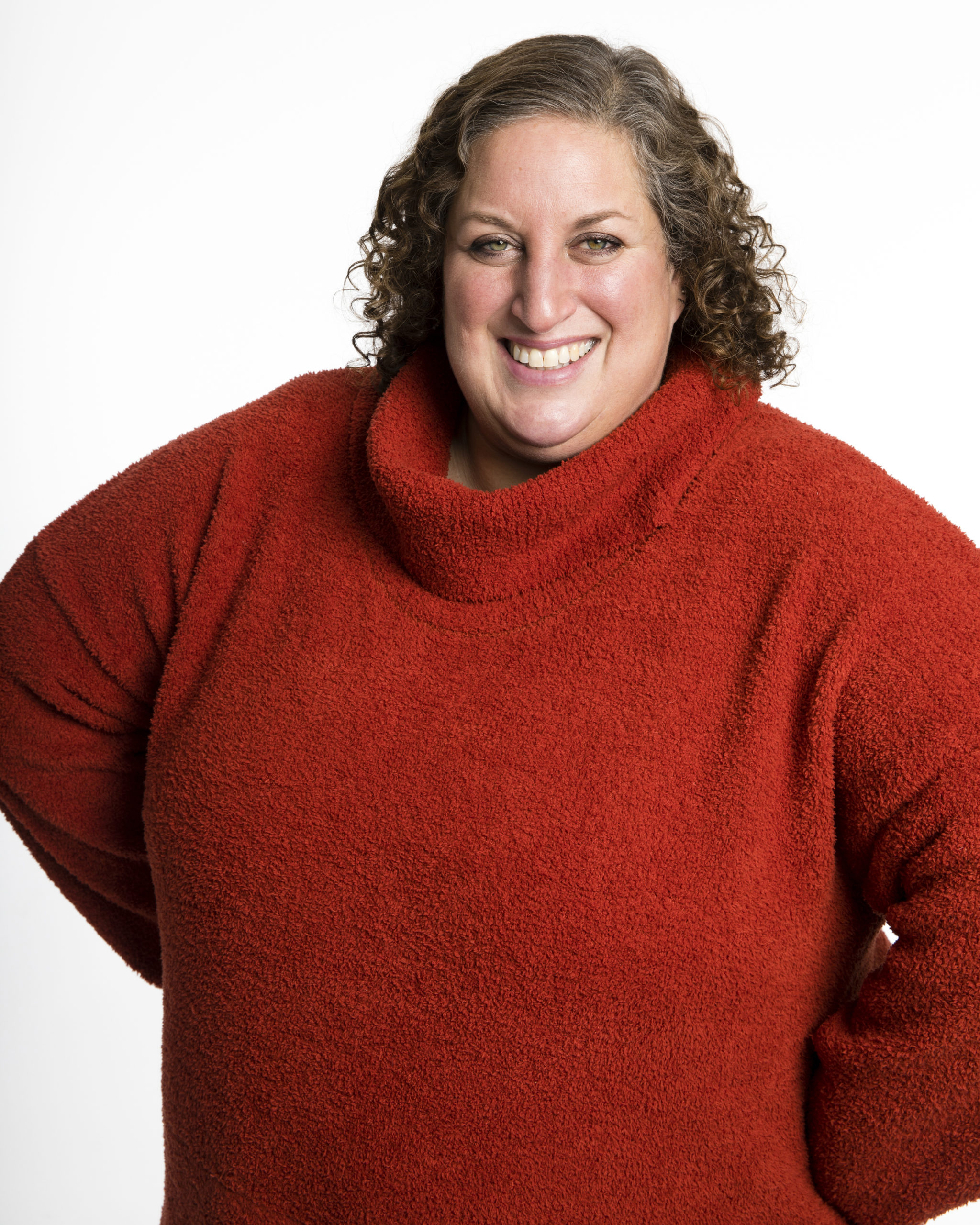 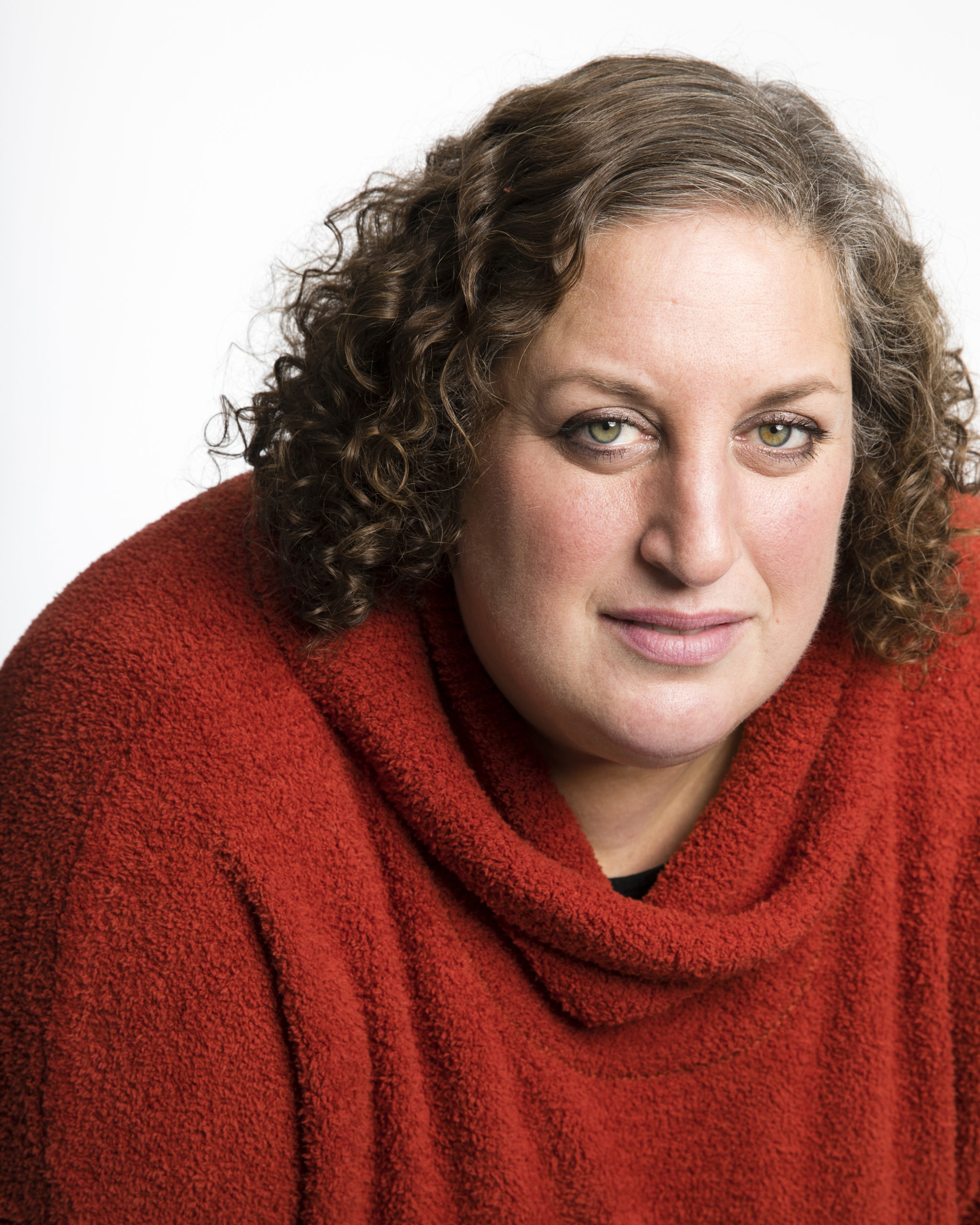 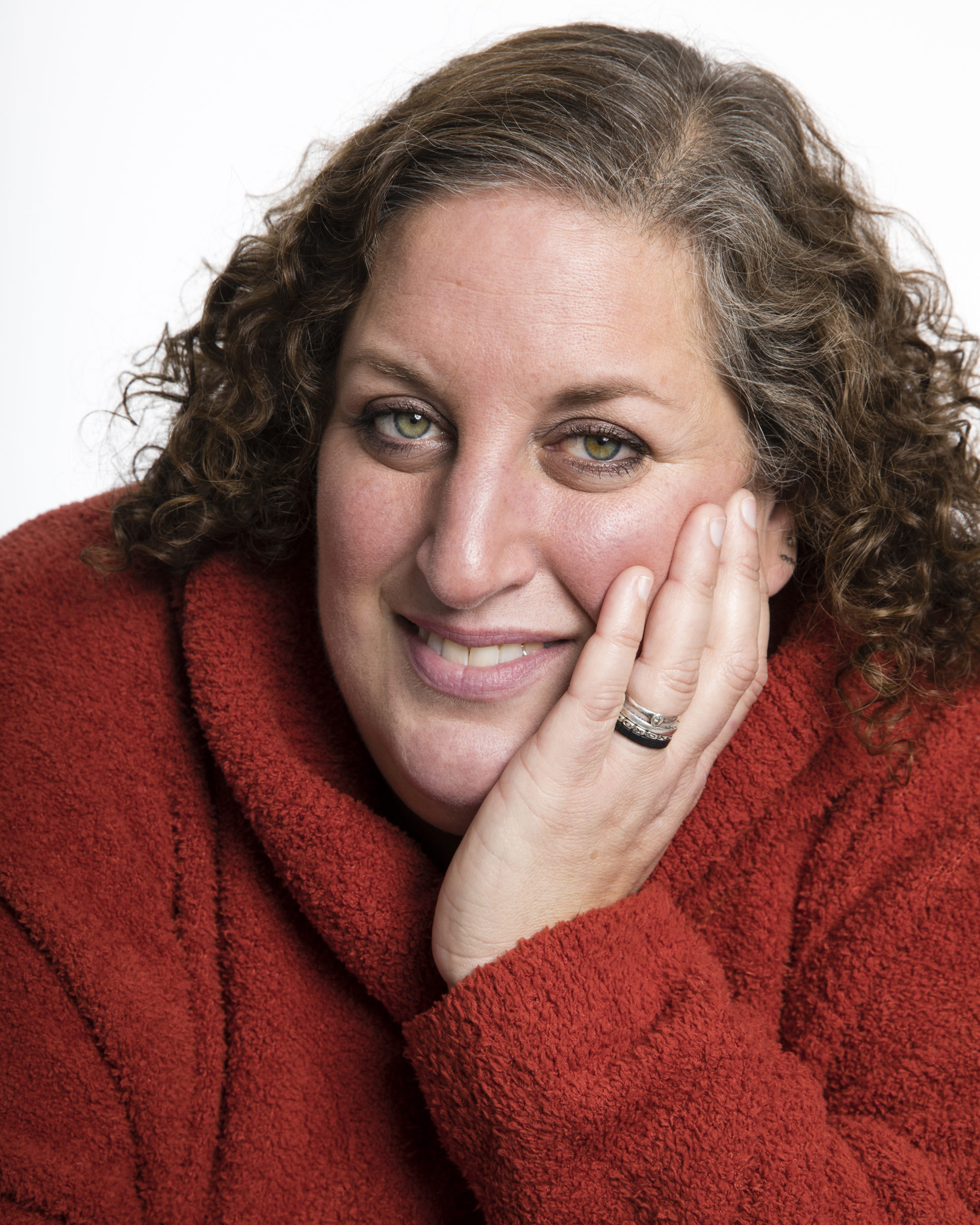 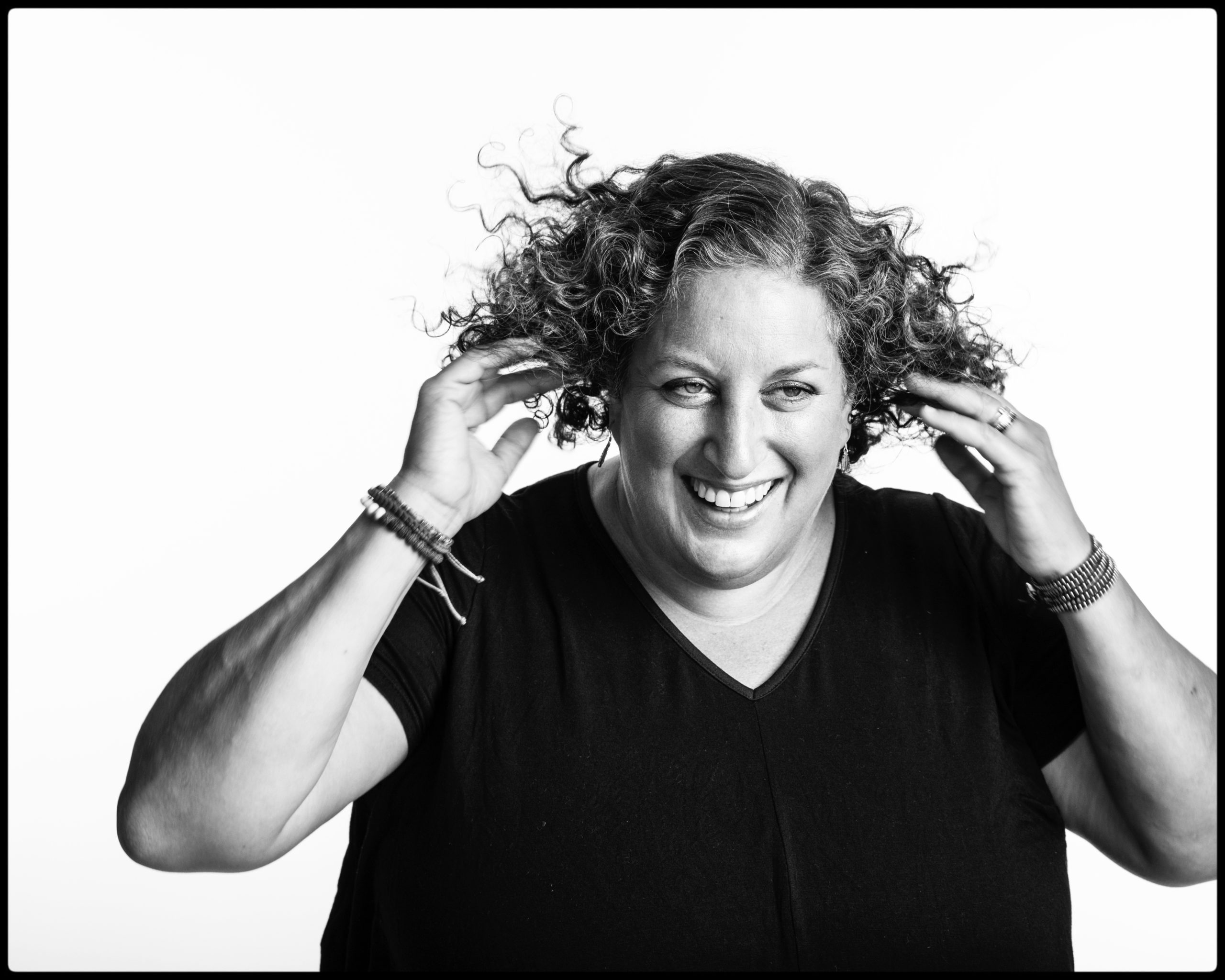 Andrea Grover and Amy Kirwin will be working together again. JESSICA DALENE PHOTOGRAPHY

It was early 2011 when Amy Kirwin and Andrea Grover first met at the Parrish Art Museum in Southampton, and it wasn’t long before the two artistic souls realized they were kindred spirits.

“We’re like twins. I came out of the womb first,” said Kirwin, who arrived on the East End in the fall of 2010, just three months ahead of Grover.

While Grover relocated to the area from Pittsburgh to head up the special projects division of the Parrish — then located on Jobs Lane in Southampton Village — Kirwin had given up a hectic theater career in New York City to move east with her new husband. Unsure what she could do professionally on the East End, she joined the Parrish’s curatorial and programming department.

“I took a job at an entry level — they called me an ‘associate’ because I was over qualified,” Kirwin explained. “I was underchallenged because I was used to late nights. At first, I thought I’d go home at 9 or 10 at night, but they forced me out at 5 or 6.

“For six months, it was blissful. Then I was bored out of my mind,” she added. “Thankfully, Andrea came along and I said, ‘Let me help you.’”

At the time, the Parrish was preparing for its 2012 move into its new home in Water Mill and part of the transition involved the creation of a new visitor services department, which was perfect for Kirwin, who came to the museum with box office and hospitality experience through her work with the Tony Awards.

“Because Andrea is so gracious and unthreatened by others, she gave me an opportunity to create our own programs,” Kirwin said.

In recent years, Kirwin and Grover had gone their separate ways — Kirwin left the Parrish five years ago to became the first artistic director of the Southampton Arts Center (SAC), which took over the Jobs Lane space the Parrish vacated in 2012, and in fall 2016, Grover moved a few miles east to become the executive director of Guild Hall in East Hampton.

But come February, the creative duo will be back together again. On January 5, it was announced that Kirwin will become Guild Hall’s inaugural chief creative officer.

“I have dreamt about working with Amy again because she helped us accomplish so much,” said Grover. “She’s very much a tactical and logistics and creative person. While I’m still in the corner writing down ideas, Amy has already made three phone calls to line it up.

“Amy came from the theater world and was moving mountains in her previous roles. She was a founder of 59E59 Theaters, and before that, worked for the Broadway League and had corporate sponsors to satisfy,” Grover added. “She was always incredibly gracious and fun with capital ‘F,’ and she has a way of working with the public that makes her feel like part of the fabric. She’s appealing to Guild Hall because we have a very civic-minded mission. This is our 90th year anniversary, and we want to make sure that its reflective of the community today and delivering on the mission.”

That mission, specifically, is why Kirwin is being brought in to Guild Hall at this particular juncture. With 2021 marking 90 years for the storied institution, Grover notes that the museum is set to undertake a five-year strategic plan. That plan includes a renovation to improve the flow of the building as well as a creative vision. Kirwin’s role as chief creative officer will to be to take the lead on messaging for Guild Hall by communicating the brand identity of the organization.

“We’re looking to create more gracious public spaces and address various technical aspects and offices,” Grover said of the renovation aspect of the plan. “It’s not like we’re adding a glass pyramid to the front of the building, but it’s about us thinking about the building in terms of wayfinding and the kind of approachability and safety it has — from the parking areas to the front entrance.

“When Guild Hall opened 90 years ago, the galleries were salons with imported rugs, fireplaces and more places to lounge. How can we restore some of that so the museum isn’t transactional?” she asked.

“In terms of creative leadership, we have Josh Gladstone, who heads the John Drew Theater, Christina Strassfield, director of the museum, and Anthony Madonna, who is the senior associate for learning and public engagement,” said Grover. “They are the three legs of the stool — we now have Amy as chief creative officer to be the conduit between those three.

“The number one item on the strategic plan is not multidisciplinary, but interdisciplinary, blending between the three instead of thinking of them as separate,” she added. “That’s something Amy does naturally because of her background in theater, and then moving into an art museum and curating programming experiences and blending the branches of knowledge.”

Kirwin feels that she comes to the Guild Hall position well prepared for what lay ahead, given all that she learned during her tenure at the Parrish followed by her role at SAC.

“Starting with our collaboration at the Parrish, that’s where I learned about audience engagement in a programmatic way,” Kirwin explained. “In going to SAC, because it was a new organization, there were no expectations about what the institution should or shouldn’t be. That meant it was a blank canvas of experimentation — I made it a creative laboratory of ideas and I could really just do anything I wanted.

“Because of that, I’m more prepared to move onto something else now knowing what works and doesn’t work,” she added.

“Amy has done an incredible job in outreach and building audiences,” said Grover. “She went from zero to 100 in nothing flat. Arts organizations around the globe struggle to build audiences and most tend to be older. But Amy had entire families from babies to families late in life participating in programs at SAC and the Parrish. Amy knew the theater world inside and out, then she got to know the art world.”

Kirwin feels that one of the things that makes her such an asset is the fact that the art world is not one she knew well when she came to the East End. The fact is, not everyone feels at home in museums, and since Kirwin, a theater person at heart, initially counted herself among that group, she understands what type of programming appeals to those who aren’t natural art aficionados.

“When I started working at the Parrish, they would talk about things like ‘The Bayberry Bush.’ But as a non-museum person not familiar with the region, I didn’t know who William Merritt Chase was and most people who are not museum people don’t know either,” admitted Kirwin.

In many ways, not being a museum person was Kirwin’s greatest strength in that it led her to curate the kinds of events that entice non-museum goers into art facilities.

“You have to get those people, and to get them, you have to do other things,” explained Kirwin who grew up in California and took inspiration from childhood visits to the Los Angeles County Museum of Art. “They have jazz outside in a beautiful courtyard, and I remembered that and that’s where the Parrish’s Jazz on the Terrace series came from. Bring in those who are not museum people and say, ‘This is your place, too.’ Show those people something else and then they’ll say, ‘I’m going to stay and take a look at the artwork, too.’

“It’s important to have things for everybody,” added Kirwin, who feels one of her greatest accomplishments at SAC was the creation of the annual “TAKEOVER!” exhibition, which invites working artists to create studios within the SAC galleries for several weeks at a time.

“It was a way for artists to get out of their studios to show their creative process and people had an experience of seeing an artist’s work in neutral ground,” she said. “It allowed so many people to have their eyes open to how an artist works and that creative process. It also helps the artists improve communication skills, sell their work and collaborate with others.

“That hits a lot of marks and every institution needs that kind of thing,” added Kirwin. “My role as chief creative officer at Guild Hall is connecting the various legs and create consistent messaging across all platforms. That should help lend itself to collaboration among departments and creating programming that hits every mark.”

Though Kirwin is sad about leaving SAC, an organization where she literally created the programming from the ground up, she’s looking forward to her next professional adventure on the East End.

“Coming out here, I never expected to have an opportunity to grow so much creatively and broaden my horizons the way I have, and probably wouldn’t have been able to in the city,” said Kirwin. “It’s bittersweet for me to leave SAC, they’ve done so much for me personally and professionally and I’ve learned so much along the way. Without that I couldn’t have done this, just like that job I couldn’t have done without Andrea at the Parrish.

“I want people to know I’ve cherished that time with the community. I won’t be far away and the collaboration will continue with the SAC.”