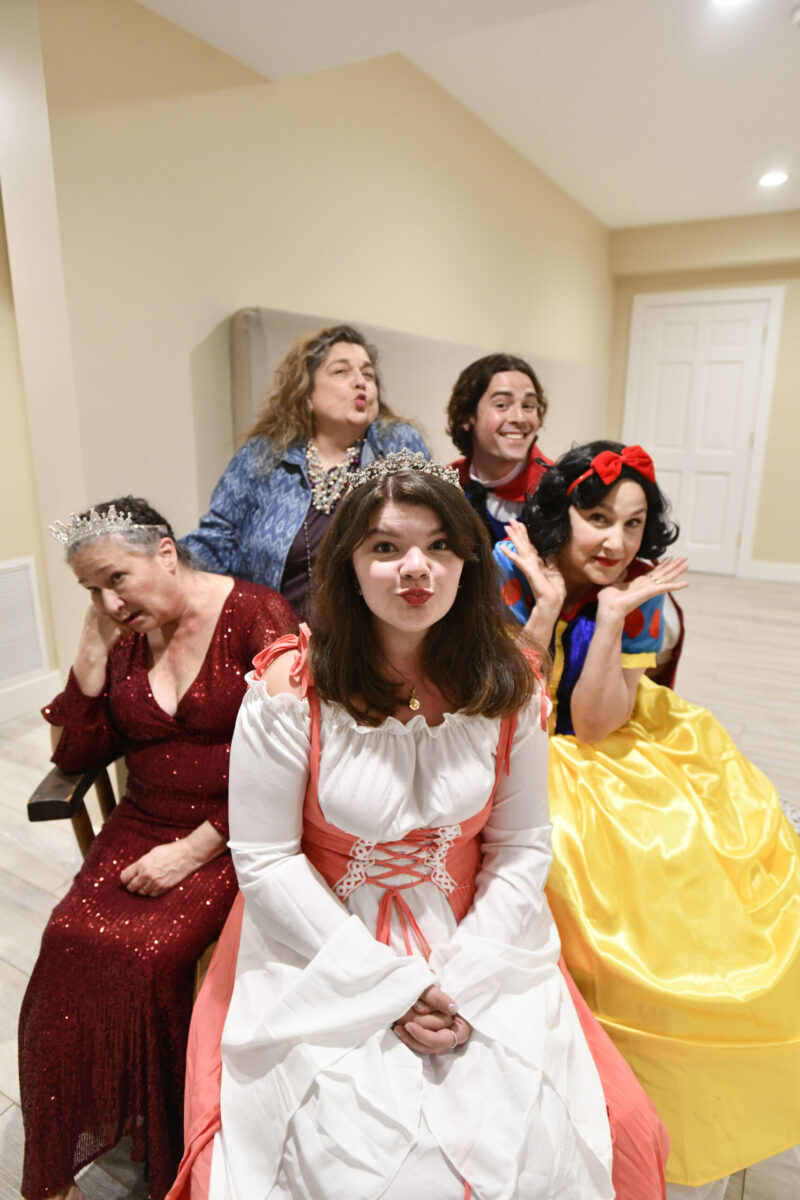 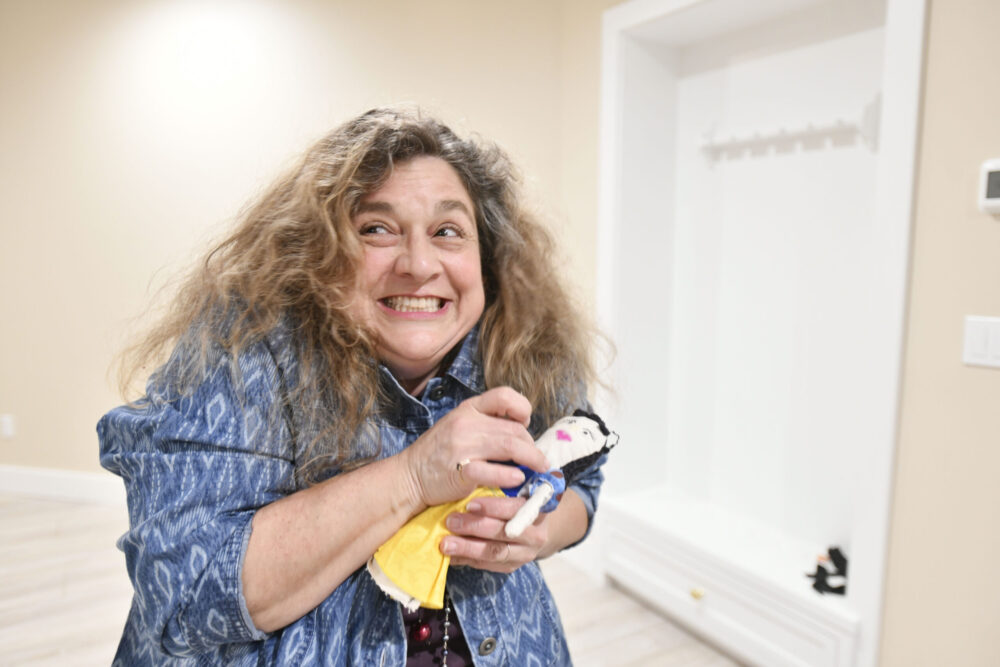 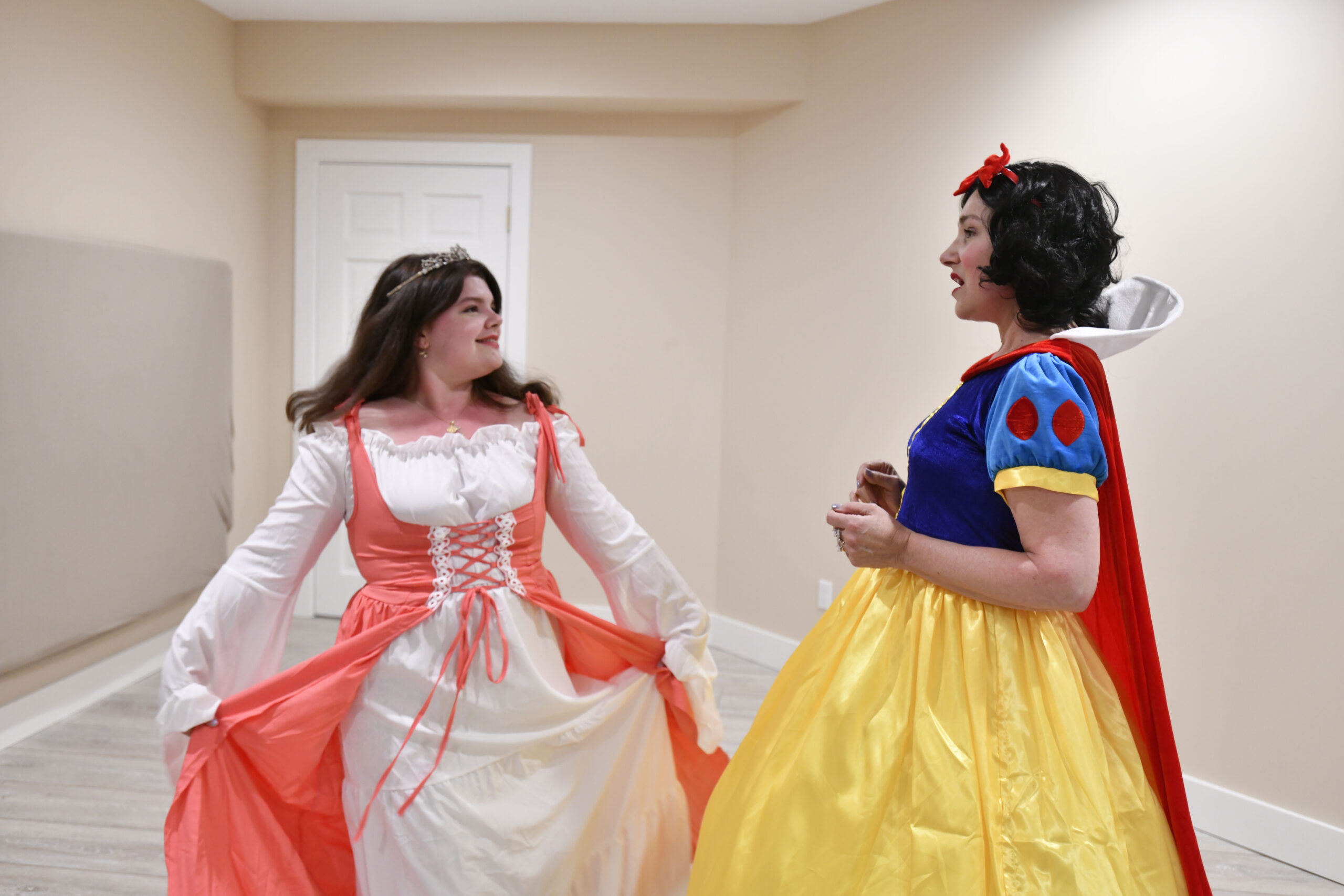 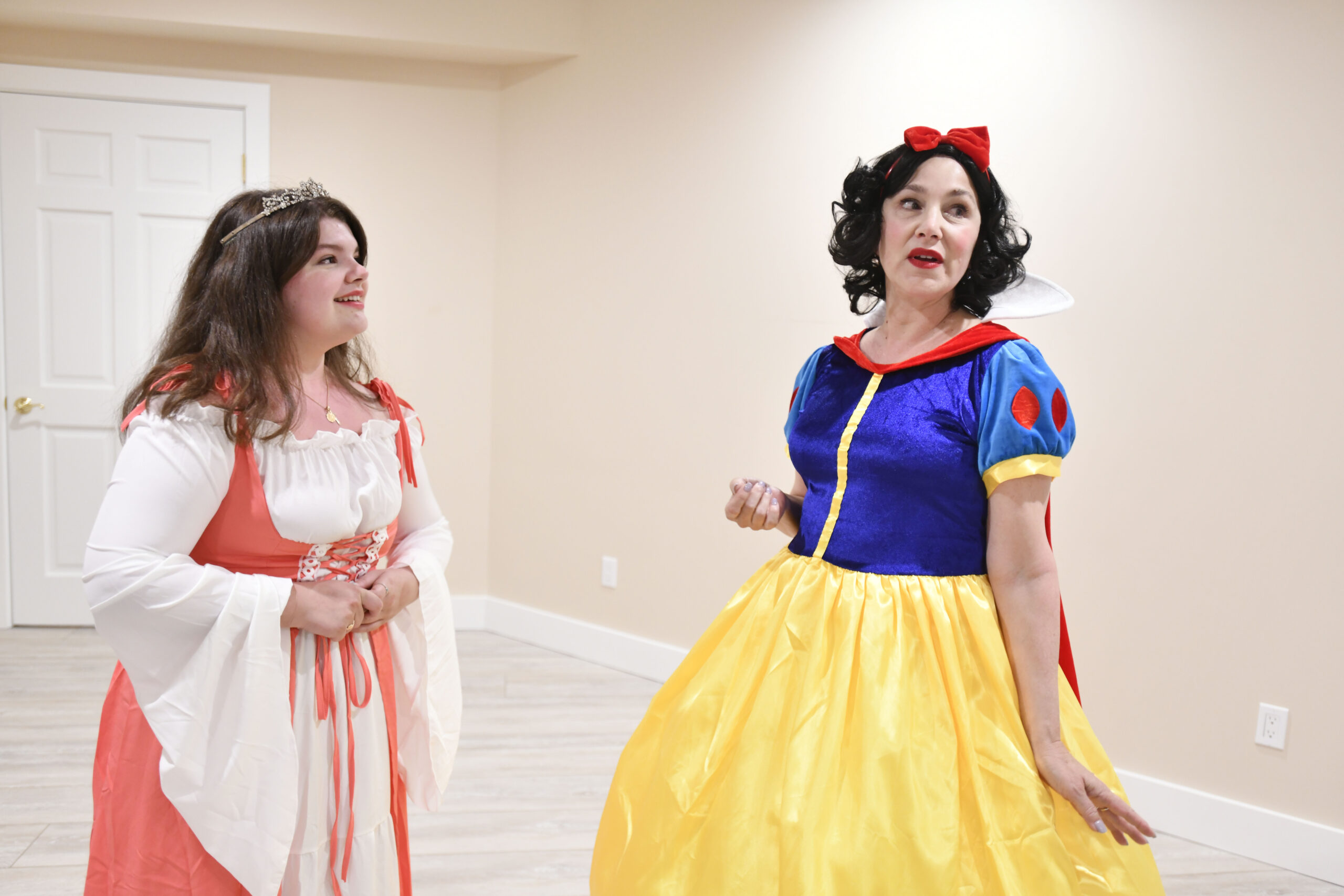 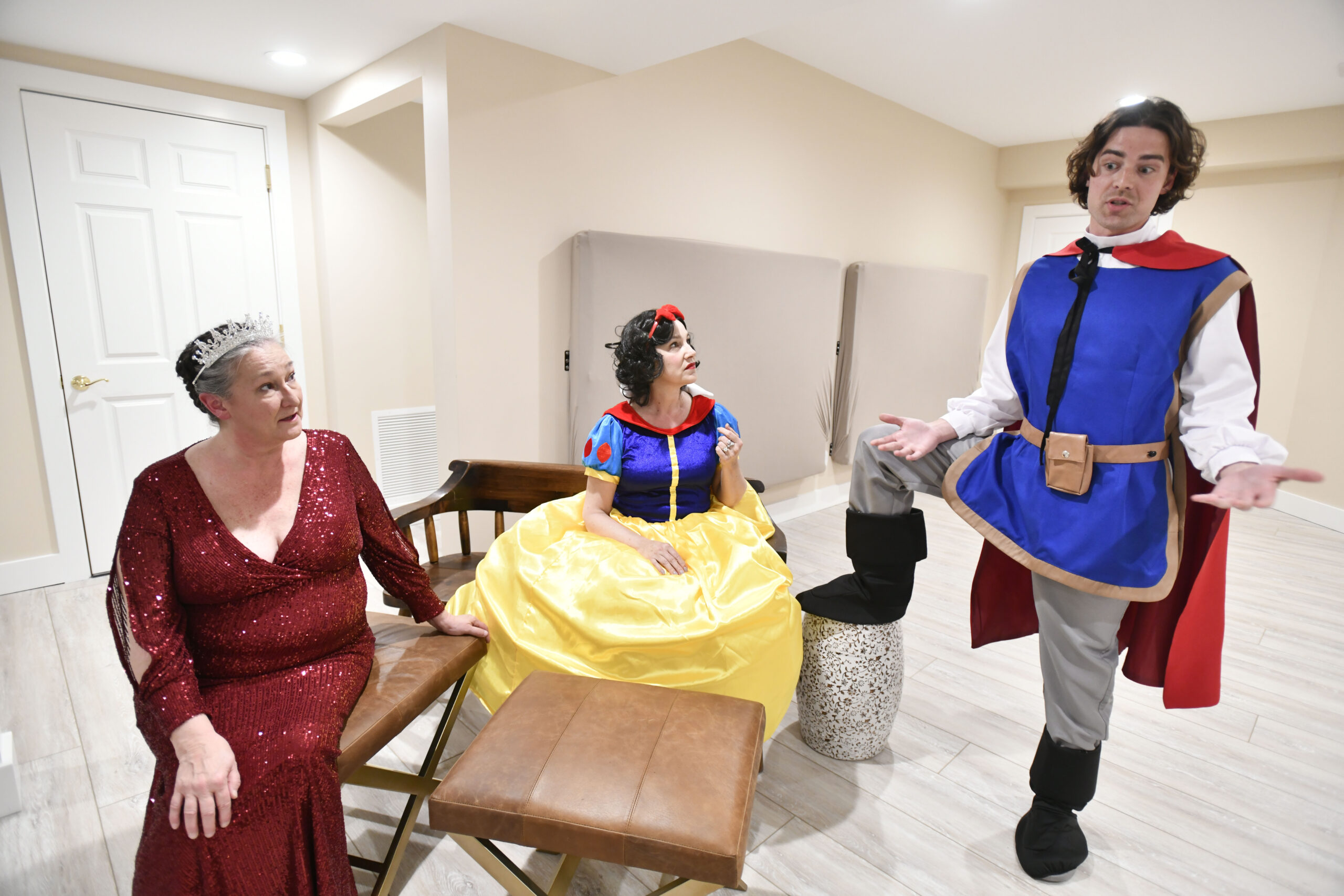 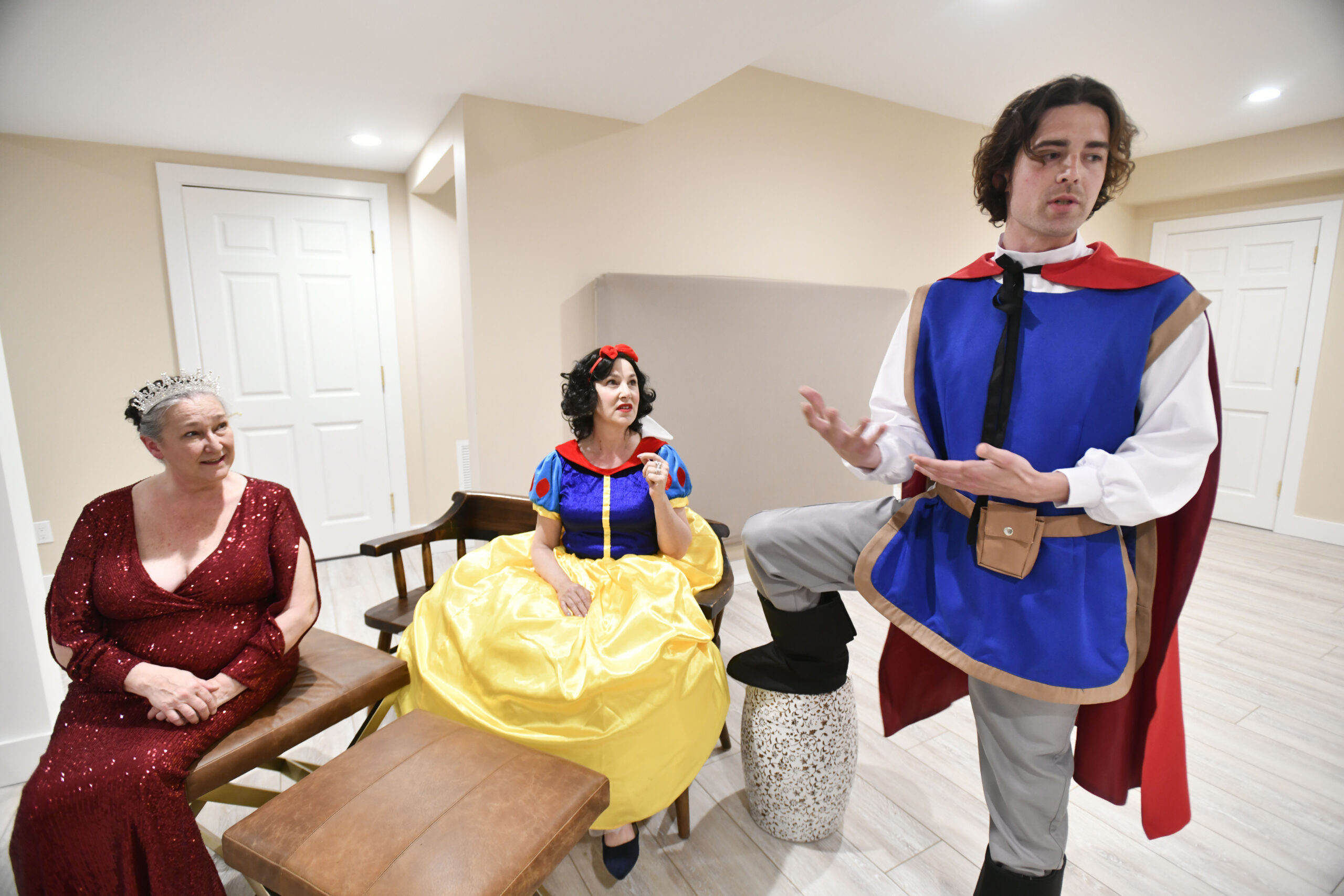 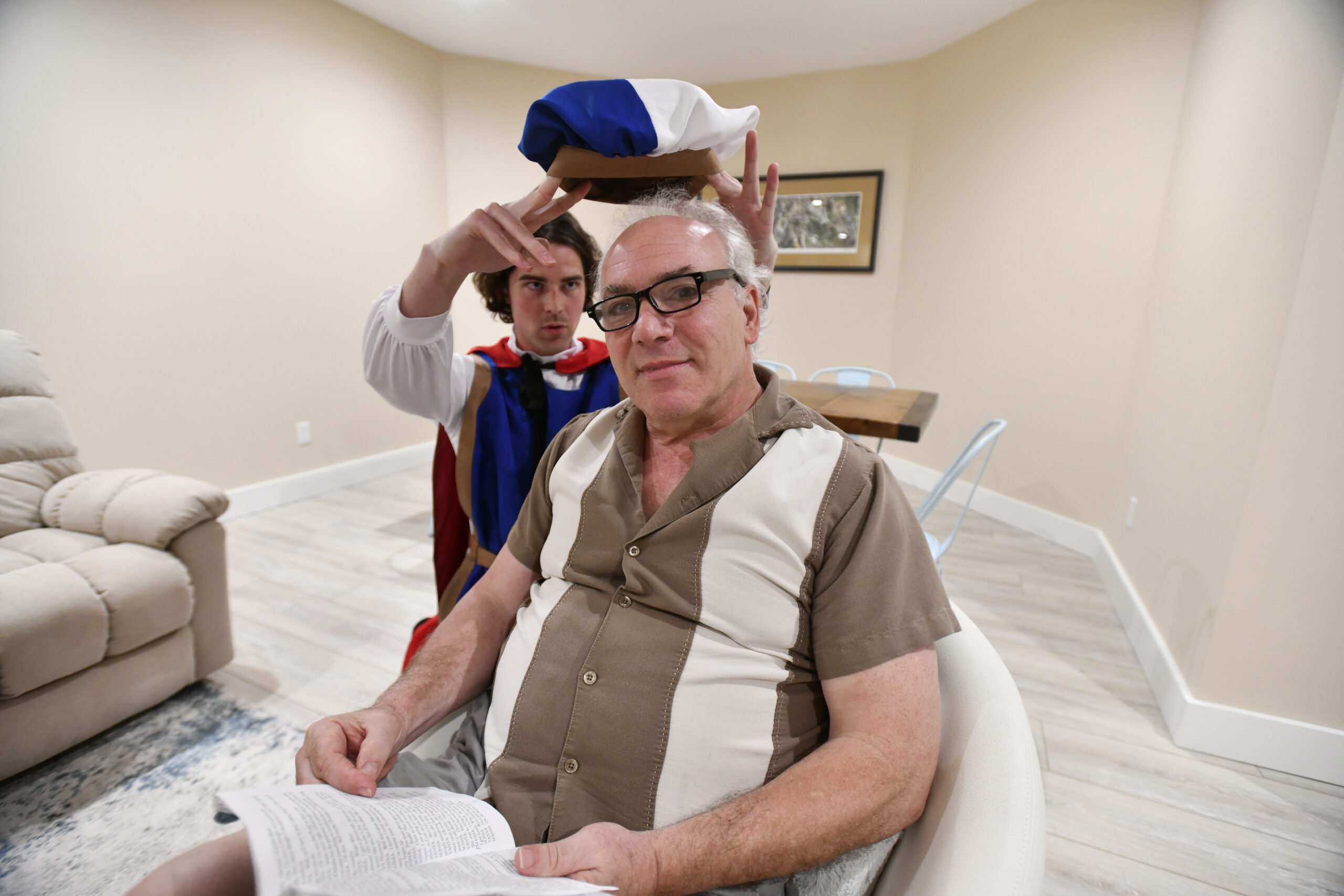 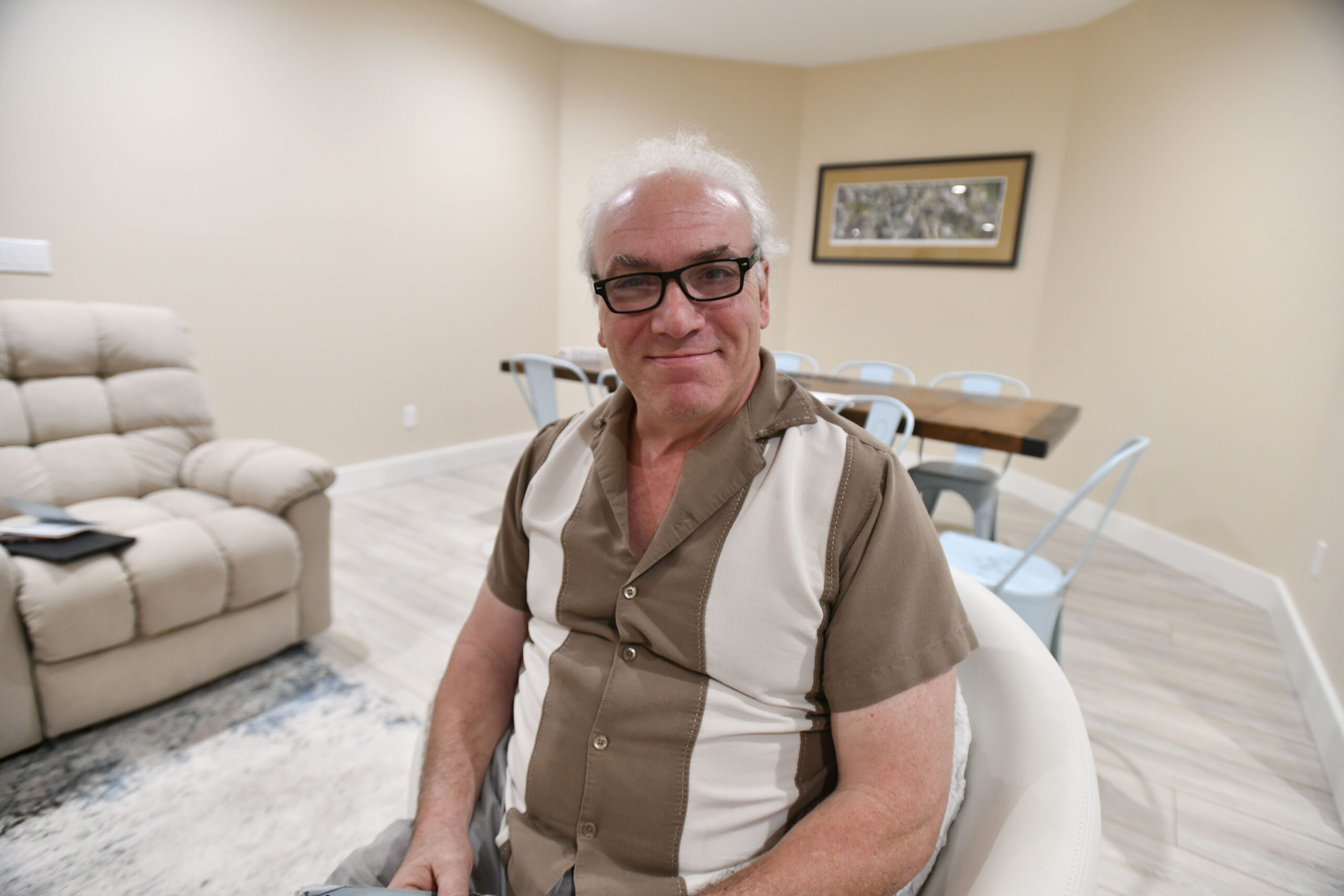 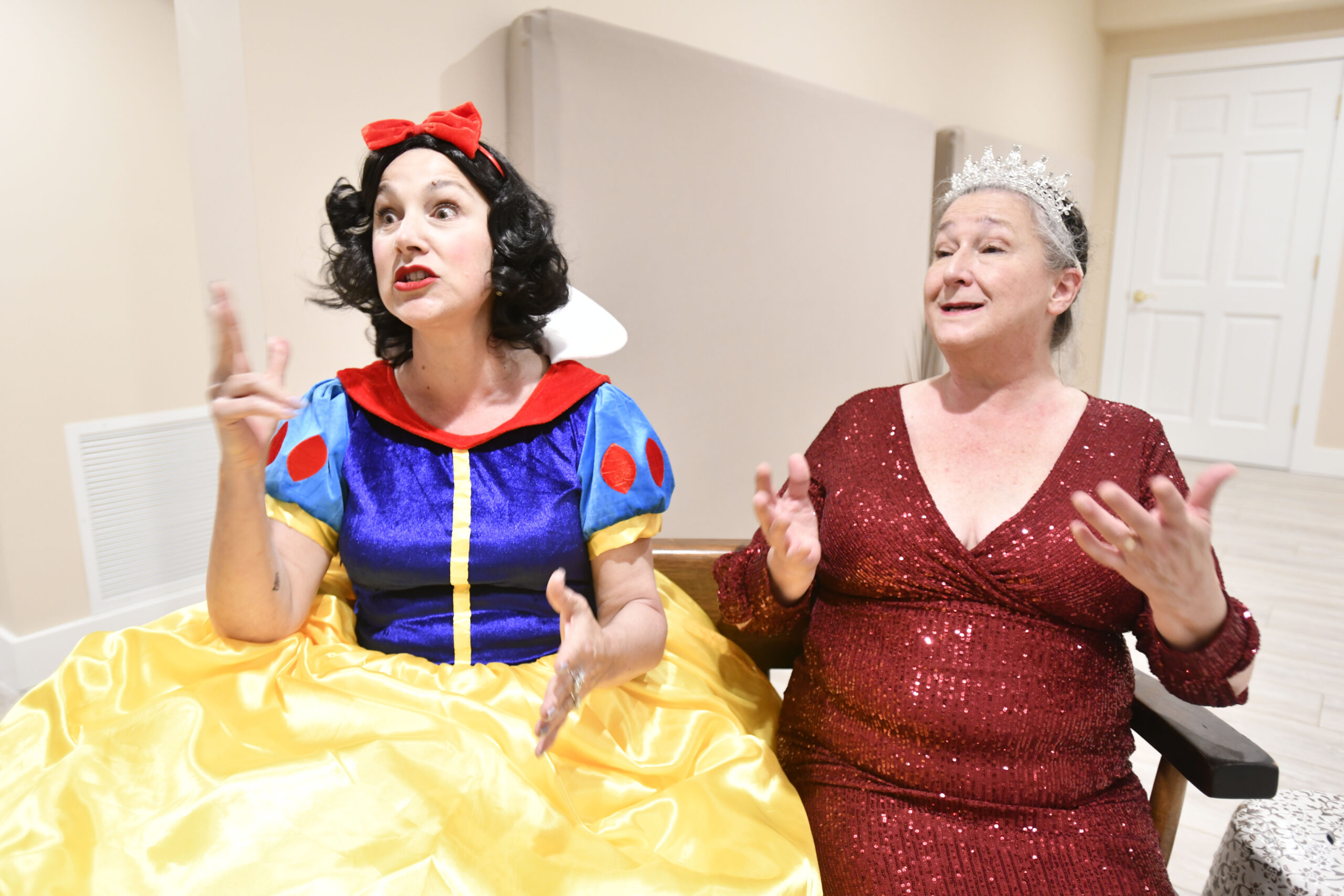 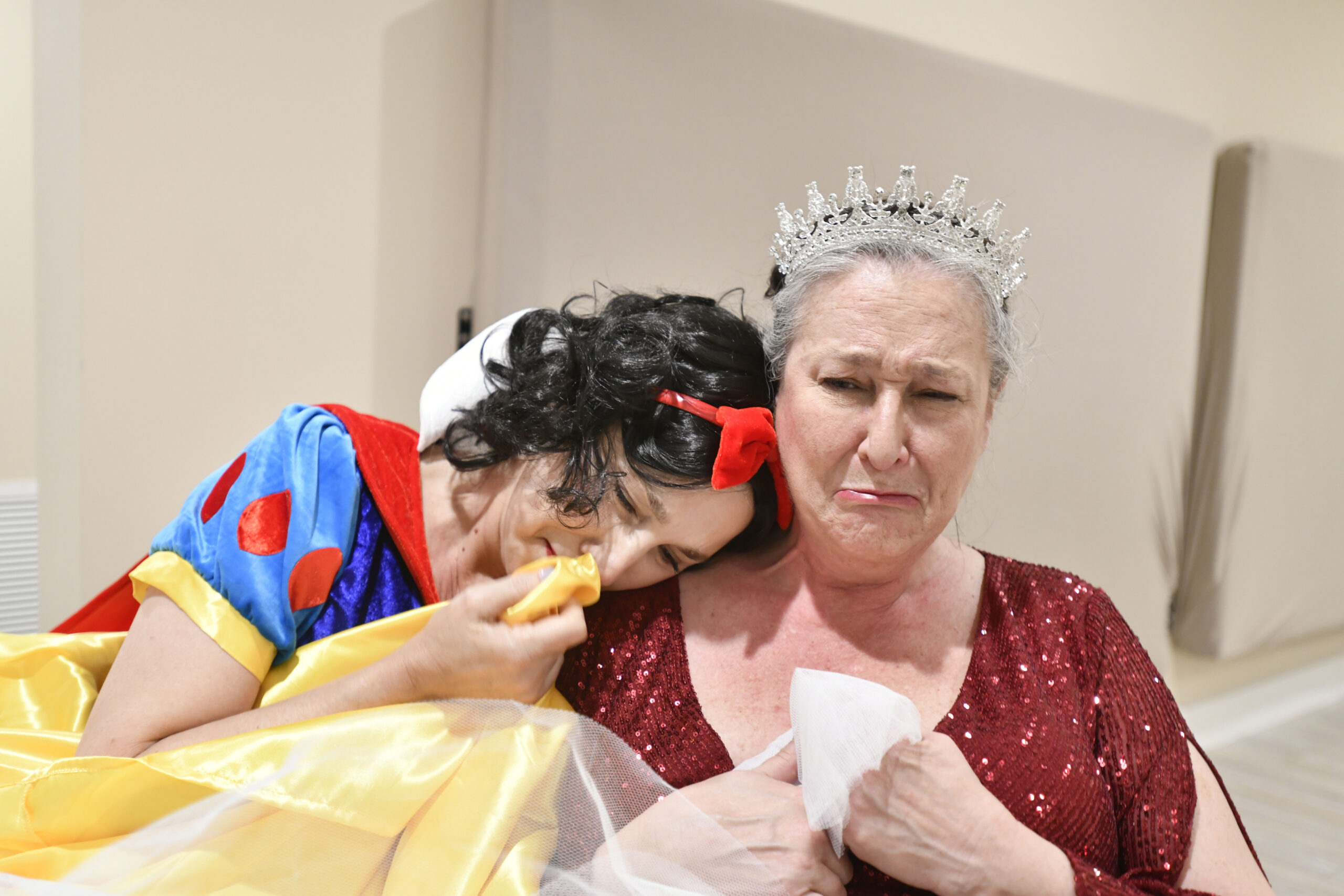 The world of playwright Anton Chekhov is one populated by conflicts that, on their surface, seem quite simple and even mundane. But don’t be fooled by outward appearances. Like much of life’s unseen complications, lurking just beneath lies raw emotion and it often seethes with a full range of dysfunction, resentment and fear.

Chekhov’s fabled plays — “The Cherry Orchard,” “The Seagull,” “Three Sisters” and “Uncle Vanya” — all delve into the family dynamics of late 19th century Russia. And while his writing is often perceived as a study in misfortune, when it comes to interpreting the human condition, we all know it’s a thin line between tragedy and comedy. And it’s a line that 21st century playwright Christopher Durang boldly steps across in “Vanya and Sonia and Masha and Spike,” a 2013 Tony Award-winning play set in modern-day Bucks County, Pennsylvania, that explores the intense relationships of three middle-aged siblings named for Chekhov’s characters by their late theater-loving parents.

The play is something of a Chekhovian mash-up and tells the story of Vanya (who is gay) and his sister Sonia (who is adopted), neither of whom work, but both of whom mind the property left behind by their recently deceased parents. The third sibling, Masha, is a globe-trotting movie star who financially supports her siblings and the household. When Masha shows up at the door with Spike, a new boy-toy 40 years her junior, the tensions heat up. Rounding out the action is Cassandra, a soothsaying housekeeper named for a similar figure from Greek mythology whose predications may or may not be accurate, and Nina, the neighbor’s pretty niece and an aspiring actress who provokes envy in Masha, lust in Spike and sympathy in Vanya.

Sound intriguing? For those who want to find out how it all works out on stage, Durang’s play is coming to the East End, and from May 26 through 29, “Vanya and Sonia and Masha and Spike” will be presented by the newly created Intrepid Theatricals at LTV Studios in Wainscott. Directed by Allen O’Reilly, Bay Street Theater’s director of education, the production is an outgrowth of his “Everybody Can Act” series of classes and stars students he has either worked with before or theater lovers looking to up their performance game.

“Most of the people in the show are former students of mine from Bay Street,” O’Reilly said in a recent interview. “I thought, what a wonderful way to continue things we found in class and continue it to the stage. They are lovely performers and they had a nice base to begin with. I believe when you give technique to someone who has had life experiences, you’re reinforcing it.”

Among the actors with a vast amount of life experience is North Haven resident Andrea Schiavoni. She plays Masha in the production, but is better known in the community as a lawyer and judge. A former Southampton Town justice, she currently serves as a judge for Suffolk County Family Court.

During a recent rehearsal, when asked why she wanted to act in this play Schiavoni, who is also a singer with local bands Eastbound Crossing and Certain Moves, said, “I love performing but found myself wanting to tell longer stories”

Schiavoni also designed the costumes and sets for the production, which are being built by her husband, Southampton Town Councilmember Tommy John Schiavoni.

“Andrea has amazing life experience and she has great natural gifts,” O’Reilly said. “It’s taking someone like that and giving them internal technique to flush out what she has already. She’s such a lovely person. Masha is not a nice person. I keep telling her about Meryl Streep in ‘Devil Wears Prada’ — she gets to be the bad character. It’s a very interesting walk for her.”

Also an interesting walk for Schiavoni is the fact that her daughter, Anna Francesca Schiavoni, who just completed her junior year as a theater major at George Washington University, plays the role of Nina in “Vanya and Sonia and Masha and Spike.”

“Anna and I have worked together for about a year and half. She was a private student,” O’Reilly explained. “She and Andrea have a shorthand that’s wonderful to watch.”

“Nina is full of wonder and hope and ironically, a source of wisdom,” said Anna Schiavoni who, when asked what it’s like to act opposite her mother, added, “It’s fun. She’s very mean to me the whole time. I’m seeing a different side to her.”

As fate would have it, the team had a longer than usual rehearsal process with this play. Initially, the plan was to present “Vanya and Sonia and Masha and Spike” on the stage of the Southampton Cultural Center right after the first of the year. But the rapid spread of the omicron variant of COVID-19 over the holidays derailed those plans, and the decision was made to put the show on hold until late spring, after Anna Schiavoni completed her junior year of college and was back home on the East End. Due to a scheduling conflict with the cultural center, the decision was made to find a new home for the production at LTV Studios.

Despite the upheavals, the unexpected hiatus gave the cast an opportunity to really delve into the material and meet up on occasion on Zoom prior to resuming in-person rehearsals. While Chekhov plays are often perceived as heavy pieces, DeBerry notes that the playwright actually wrote comedies.

“They translate, but you have to approach them right,” she said. “I think that’s why Chris Durang wrote this, so Americans can laugh about these horribly depressed people. If you approach them with the pacing of a Durang play and listen to what’s coming out of these characters’ mouths, they are comedies.”

“Chekhov said his plays are about the human condition and sarcasm,” O’Reilly added.

Though the Chekhovian references and parallels are undeniable and distributed liberally throughout “Vanya and Sonia and Masha and Spike,” O’Reilly insists that it’s not necessary for audiences to know Chekhov’s work in advance in order to understand and enjoy Durang’s updated take on the playwright.

“I love the play,” said O’Reilly of Durang’s piece. “I saw it at the Cleveland Playhouse when I worked in the education department there. I was blown away by the pathos, the bittersweet human comedy and the hilarity that runs through it. He took Chekhov’s themes and characters and came up with this play. It’s a sophisticated theater-going play. Anyone with knowledge of acting training or the film industry will have a nudge-nudge wink-wink kind of time.

“There’s something for everybody,” he added. ”If you don’t know Chekhov, you’ll still enjoy it. If you do know him, you’ll really enjoy it.”

Christopher Durang’s “Vanya and Sonia and Masha and Spike” runs Thursday, May 26, through Sunday, May 29, at LTV Studios, 75 Industrial Road, Wainscott. Showtimes are Thursday, Friday and Saturday at 7 p.m., with matinees on Saturday and Sunday at 2 p.m. Tickets are $30 at ltveh.org/events. The play contains some adult language and themes, and is recommended for ages 16 and up.