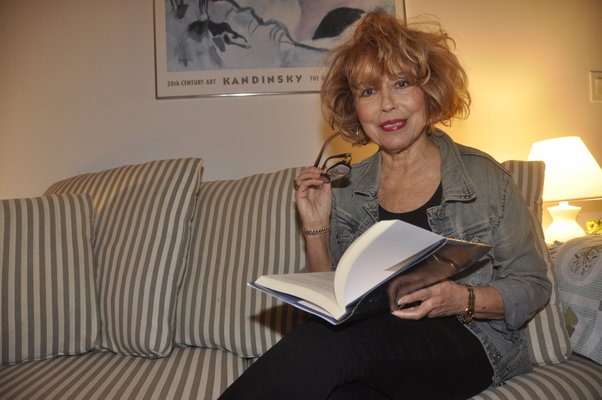 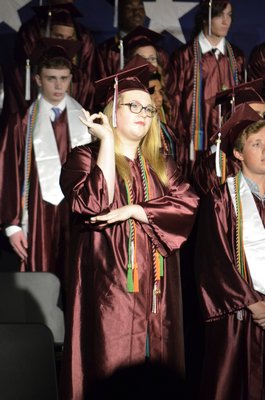 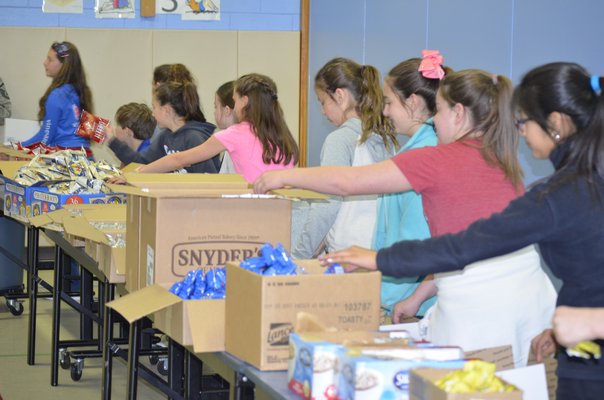 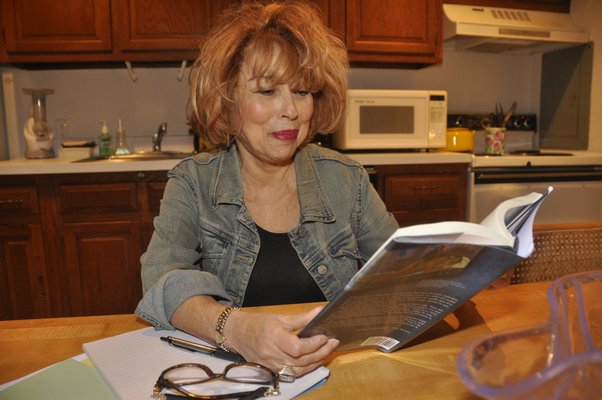 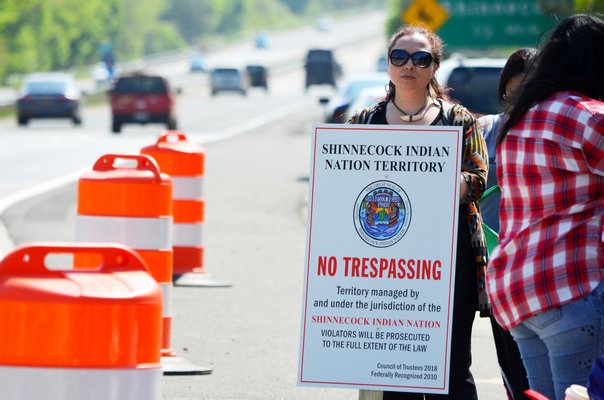 "No Trespassing" signs were posted by the Shinnecock Indian Nation at the sites of both billboards being constructed along Sunrise Highway. ANISAH ABDULLAH

Three decades ago, Claudia Riess penned her first novel, “Reclining Nude,” and her family refused to read it. Her friends raised an eyebrow. And the Remsenburg-Speonk School Board, of which she was president at the time, wasn’t thrilled.Despite the facts, the author can’t help but smirk when reflecting on it today. “It was a very graphic novel about a woman’s psycho-sexual awakening,” the Brooklyn native said on Monday evening, sitting at her kitchen table in Westhampton Beach, though she splits most of her time between Remsenburg and Manhattan.

“At that time, we were even having a little issue with one of Judy Blume’s books,” she continued. “One of the grandmas of one of our students was complaining the word ‘bastard’ appeared in the book and she wanted it banned from the school. I said, ‘There has to be a compromise. We’ll just put it on a higher shelf so the first-graders can’t read it.’ ‘Reclining Nude’ would have had to go on a very high shelf.”

Her most recent novel, “Stolen Light,” which hit bookshelves in August, is dramatically more tame—and family friendly enough for her to read on Sunday at the Westhampton Free Library. But first, she told all during her first-ever interview, opening up about her childhood, her artistic process and what it was like to lose her censor.

The Southampton Press: What was your inspiration behind “Stolen Light,” a suspense novel set in the art world, and when did you write it?

Claudia Riess: “It was percolating for some years. When I was studying at Vassar, just the first week, everything was so illuminated because it was such a culture shock coming from Brooklyn into the world of WASPs and stereotypes. So everything is very vivid in my mind.

“I met a young woman who was in my dormitory, or house, as we called them. We were talking about our lives and she told me her father had lost his sugar plantation and it had been confiscated in Cuba, which was quite amazing to me. Years later, I was talking to my brother, who’s an art historian, about writing an art suspense and right off the bat, he said, ‘Why don’t you use Michelangelo’s “Battle of Cascina” as a focal point? Maybe there’s a drawing that has been lost in some theft? Or lost by some accidental force?’

“And, immediately, it was like an inner serendipity. I thought of that Cuban incident and thought, “Maybe this man had an art collection and it was stolen.” I went on from there and it just took form.”

How did you transition to MA to PG-13?

Riess: “It’s not that I was wedded to graphic sexuality. It was almost an experiment, to see if I could do it. I remember Saul Stein saying, ‘Why did you write this?’ and I said, ‘Because it was there.’ It was a very cathartic experience and I think I learned something about letting my censor go. And I didn’t know if I could do it.

“Anybody in town who saw themselves in it said, ‘Oh, you had me in mind, didn’t you? Because my husband is an accountant and this person is this …’ I was like, ‘Hardly, no.’ Nobody asks questions of Stephen King—‘Have you committed a murder?’ But they do ask people, if they’re writing anything sexual, if it’s autobiographical, or assume it’s always the case.”

Have you always been interested in the art world?

Riess: “My father, Chester, took me to museums when I was very young, especially the Museum of Modern Art. We’d walk around and make caustic remarks. I remember we were in a room with very, very contemporary things and there was one wall with a canvas, a rather small canvas—maybe 8 by 10—that was just painted white. And on the other side, there was a large canvas that was white. And I remember jokingly saying, ‘That’s a study for this one.’

“Even my most vivid memories of my father, even in his late years, I associate a lot with our trips to the museums—the Met, as well, and the Museum of Natural History.”

Did you grow up wanting to write?

Riess: “Not passionately. My passion in my early years was modern dance. But I always loved to write. In high school, I started writing then—once again, inspired by my father, who would spend hours telling me stories and reading books at night.”

Who are the characters in “Stolen Light”?

Riess: “They’re figments of my imagination, but these figments are inhabited by people we know and I see myself in the characters as well because I subjectively feel them as I’m writing.”

What are you working on now?

Riess: “I’m finishing the final draft of my next book, which will be published in 2016—‘Semblance of Guilt.’ It’s about a woman who gets entrapped in a murder mystery and a lot of the hard evidence seems to be against her. She has to use a lot of her own wiles to extricate herself from it. Her love interest is a detective she meets before this whole incident.”

Riess: “It has to have a romantic element. I couldn’t see myself writing an action-packed story. It has to be some element of romance.”

Is your family giving “Stolen Light” a chance?

Riess: “My husband’s in the middle of it. He likes it—at least he’s saying so. I look at him to see if he’s telling the truth.”

Claudia Riess will visit the Westhampton Free Library for a talk and book signing on Sunday, November 8, from 1 to 3 p.m., as part of the Brunch and Learn series. For more information, call (631) 288-3335, or visit claudiariessbooks.com.