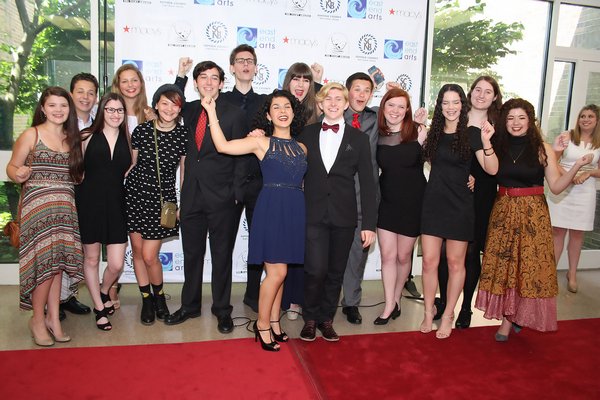 Photo from the 14th Annual Teeny Awards in 2016. RICHARD AND JOAN WOZNIAK 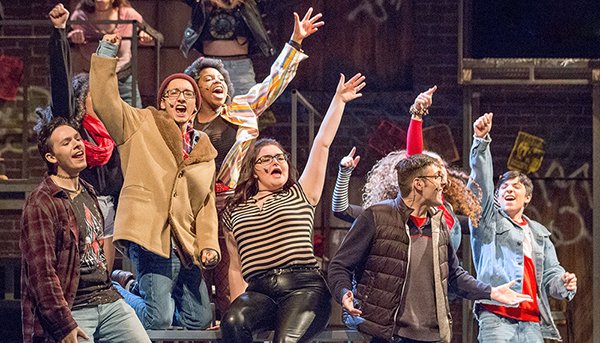 On Friday, East End Arts announced the nominees for the 17th annual Teeny Awards. The award program honors outstanding high school theatrical performances on the East End. The 2019 awards ceremony is Sunday, June 9, at Southold High School, at 420 Oaklawn Avenue in Southold and begins with a red-carpet event at 1:30 p.m. followed by the ceremony from 3 to 5 p.m. And the 2019 nominees are …Lead Male in a Play

Simon Mraz as Mr. Green in “Clue on Stage” at Southold/Greenport

Jake Okula as Wadsworth in “Clue on Stage” at Southold/Greenport

Lead Female in a Play

Jacqueline Constantine as Mrs. Peacock in “Clue on Stage” at Southold/Greenport

Supporting Male in a Play

David Bassemir as Guy in “Check Please” at Riverhead

Maxwell Cantelmo as Dave in “Almost, Maine” at Mattituck

Caleb Foley as Pete in “Almost, Maine” at Mattituck

Jason Rios as Ken in “Check Please” at Riverhead

Supporting Female in a Play

Lila Bowe as Narrator 1 in “Brothers Grimm Spectaculathon” at Riverhead

Olivia Bozuhoski as Girl in “Check Please” at Riverhead

Lily Kutner as Mimi in “Check Please” at Riverhead

Lead Male in a Musical

David Arkay as King Arthur in “Spamalot” at Longwood

Jason Rios as Usnavi in “In The Heights” at Riverhead

Taylor Tybaert as Fester in “Addams Family” at Shelter Island

Tyler Zapata as Roger in “Rent” at Bellport

Lead Female in a Musical

Erin Kelly as Mimi in “Rent” at Bellport

Jennifer Kravitz as Rosalie Mullins in “School of Rock” at Greenport

Sophia Nicastro as Sophie Sheridan in “Spamalot” at Center Moriches

Supporting Male in a Musical

Jonathan Arkay as Patsy in “Spamalot” at Longwood

Frankie Bademci as Thenardier in “Les Misérables” at East Hampton

Yanni Bitis as George in “The Wedding Singer” at Pierson

Patrick Connolly as Sam Carmichael in “Mamma Mia!” at Southold

Ethan Lucas as Justin in “21 Chump Street” at Riverhead

Supporting Female in a Musical

Eva Doyle as Holly in “The Wedding Singer” at Pierson

Eva Doyle as Lucy in “13 the Musical” at Pierson

Lola Lama as Linda in “The Wedding Singer” at Pierson

Katelyn Maddalena as Maureen in “Rent” at Bellport

Anna Francesca Schiavoni as Rosie in “The Wedding Singer” at Pierson

Melody Silie as Summer Hathaway in “School of Rock” at Greenport

Outstanding Performer in a Play or Musical

Thomas John Schiavoni, Jr. as Malcom in “13 the Musical” and Bum in “The Wedding Singer” at Pierson

Nick Vest on Trumpet for “Spamalot” at Longwood

Brandon Zuniga as Piragua Guy in “In The Heights” at Riverhead

Lily Kutner for “In The Heights” at Riverhead

Hailey Nitti and Lily Kutner for “21 Chump Street” at Riverhead

Jason Rios – “In The Heights” – Riverhead

This award is chosen by the judges in a vote. It is for a particular scene, musical number, dance number, ensemble effort, or group that the judges feel warrants special recognition.

This year, there is a tie. The Judges’ Choice Award will be presented to the following two groups:

The students of “13 the Musical” at Pierson who produced the play as part of their International Baccalaureate program, and the production of “Yip! Yip! Yaphank” at Longwood for the sheer scope of effort to present a piece of local theater history.

Also recognized were the student musicians who performed in the pit orchestras of the various shows at the East End high schools. For a complete list of honorees and more information on the Teenys visit eastendarts.org: