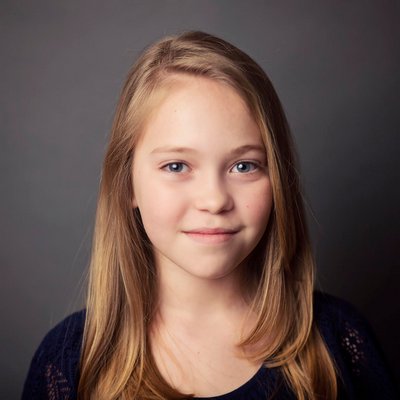 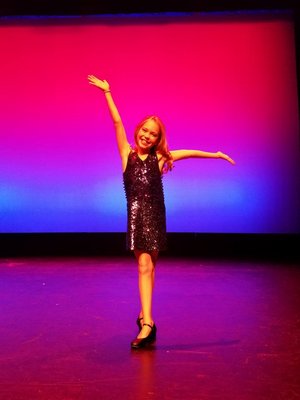 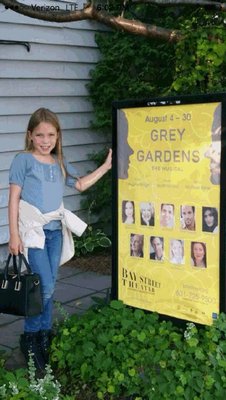 It may be 10 p.m., and she may have just gotten back to her hotel room from a tutoring session after a long day of rehearsals, but Dakota Quackenbush is still bursting with excitement.

The words “amazing,” “really fun” and “great” are all used by the 11-year-old East Hampton local to describe her day as, with her mom Danielle Quackenbush adding to the conversation, she talks over the phone from Iowa City, where she is rehearsing for the next two weeks before hitting the road with the official national touring production of the Rodgers & Hammerstein classic “The Sound of Music.” She’ll be playing Brigitta von Trapp in front of audiences for six months in Des Moines, Iowa; Nashville, Tennessee; Washington, D.C.; and Toronto, Canada. When most kids her age would be in school or doing their homework, Dakota is in rehearsal from noon to 5 p.m. and then in tutoring provided by the tour from 6 to 9:30 p.m. Because of the location change, Dakota had to leave her dad, four-year-old sister, her classmates and work at John M. Marshall Elementary behind.

“It’s a little difficult,” she said. “We’re right in the middle of big units in school so it’s weird just jumping out of that and then doing it in a different environment. It just feels weird.”

Dakota has built herself quite a resume, starting back in 2014 when she sang in Our Fabulous Variety Show’s “A Spectacular Christmas Carol” at Guild Hall in East Hampton. That performance caught the eye of John Sullivan, the associate manager and company manager of Bay Street Theater in Sag Harbor, who was casting for the “Grey Gardens” musical. Since performing in that production in August 2015, she’s racked up credits in numerous shows, including “The Scarlet Letter” at Bay Street this past November, “Neverlanded” at Guild Hall in September, and “South Pacific: In Concert” at the Southampton Cultural Center in 2016. After seeing a casting call on backstage.com, Dakota auditioned for “The Sound of Music” on the weekend of January 7 and now she is closer to the lights. Ms. Quackenbush said that Dakota has been singing for years and every time she gets to do it onstage, it's clear that her future is in front of stage lights.

“She’s always dreamed of being on Broadway and she’s her true self when in a production: happy, singing, dancing,” Ms. Quackenbush said.

“Honestly, I think I like doing it all together. Like if I’m singing a song, dancing, and then there’s a little dialogue in the middle, that’s what I like the most,” Dakota said. “I think I’m just going to keep going in for auditions and whatever happens will happen.”

Dakota and her mom admit to being homesick, but they both agree that the experience is well worth it.

“I think it’s going to be really cool,” Dakota said. “I’m looking forward to spending time with everyone. Like six months seem so long, but I’m going to make a lot of new friends. I don’t want to waste that time either. I just want to have fun.”

“The magnificence of it all outweighs the trouble,” Ms. Quackenbush said.