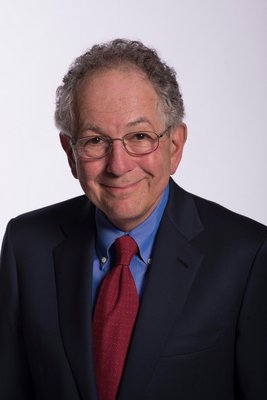 East Hampton resident and global economic expert Jeffrey E. Garten has released his most ambitious book to date, “From Silk to Silicon: The Story of Globalization Through Ten Extraordinary Lives,” which tells centuries of human history by focusing on individuals who changed the world.

Mr. Garten is known to Food Network fans as the husband of the “Barefoot Contessa,” Ina Garten, and the inspiration for her new cookbook, “Cooking for Jeffrey.” He is known to economists and politicos as the dean emeritus of the Yale School of Management, an undersecretary of commerce for President Bill Clinton’s administration, and a former managing director of Lehman Brothers and the Blackstone Group.

“From Silk to Silicon” is his fifth book on the global political economy.

“The purpose of the book,” Mr. Garten explained during a recent interview, “was to ask the question, ‘How much of a difference can a person make in a big, complicated world, and how do you think about people who think things on such an enormous scale?’”

Globalization is one of the powerful themes of human history, ever since the first people walked out of Africa in search of food and a more physically secure position, he said. “And we, as a species, are kind of destined to become more intertwined, despite the cultural differences, despite all of the forces that might want to keep us separate.

“And everything that we’re seeing today—whether it’s increased trade, whether it’s the internet, whether it’s terrorism—these are all manifestations of the rhythm of history that says the world has to become smaller and more interconnected. We may have some setbacks, and we have had some pauses, but the direction of human history is very clear.”

The four main strands forever at the center of globalization are increasing trade, financial investment, communications and movement of people across borders, he said, adding that some other factors have becoming increasingly important—namely, climate change and national security. “If you talk about those six things, you have a fairly comprehensive picture of the trends that are basically washing over the borders of individual countries,” he said.

Unlike many books about global affairs, which can quickly become obsolete, Mr. Garten designed “From Silk to Silicon” to have lasting relevance. “With every person I wrote about, I described why what they did is influencing the world today, but I didn’t do it in such detail that anything that is happening today would invalidate what I said,” he said.

Of all his books, “From Silk to Silicon” took him the longest to research and write. “It took almost as much work for every chapter as it would have to write a short book on each of these people,” he said.

He aimed to tell the story of the time they lived in and to identify what qualities they had that allowed them to take advantage of the opportunities others could have exploited.

“They had to be people who not only has really big ideas but who actually implemented the ideas themselves,” Mr. Garten said, explaining that the criteria eliminated many intellectuals from consideration, such as Adam Smith and Karl Marx. “I also wanted to pick people who did something so monumental that they changed the world in which they lived.”

“I’m not pretending that this is the only 10 that fit my criteria, but I’m saying they are a very credible 10, and together they represent different areas and different arenas, and they do tell the story of globalization in a fresh way,” he said.

Two of his favorites—who may be among the least well known on his list—are Prince Henry the Navigator, a 15th century Portuguese prince, and diplomat Jean Monnet.

“Prince Henry was really the father of European exploration,” Mr. Garten said, crediting him with the discovery of China and India. “He was the person who oversaw the building of ships and the hiring of crews, and the marshaling of all of the nautical technology that existed in the world.”

He forced Portuguese sailors to go down the west coast of Africa, when the sailors believed they would never make it back—many believed they could fall off the earth and their bodies would burn.

Mr. Monnet, who lived in the 20th century, was a cognac salesman. “After the Second World War, when everything in Europe was bombed out, he came up with the idea of creating a union of countries so that Europe would never be able to go to war against itself again,” Mr. Garten said, noting that European nations had been fighting for centuries. “There was already a fear that Germany was going to recover faster than the other countries, and there was going to be a third world war.”

Mr. Monnet came up with the idea of a European common market, which was a predecessor of the European Union. He came from outside government, and persuaded leaders around the world, including America, to support it, Mr. Garten said, adding, “Everything that’s being played out in Europe now is really a direct result of what this guy thought about and what he did.”

Mr. Garten said that “From Silk to Silicon” is a book for the curious with a general education—he did not write it for historians and other academic experts. He said he wanted to take a concept that most people find hard to understand, and make it much easier to see what globalization is, how it unfolded and why it is important.