Felix Cavaliere And His Rascals Perform In Westhampton Beach August 28 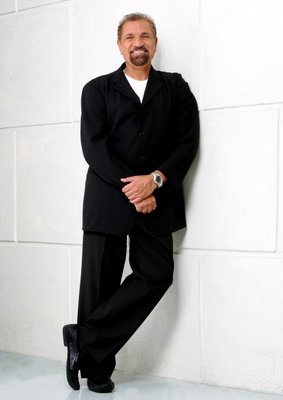 When Felix Cavaliere takes the stage Sunday at the Westhampton Beach Performing Arts Center, he’ll be just a stone’s throw away from where he and his Rock and Roll Hall of Fame-inducted band, The Rascals, were discovered.

Then known as The Young Rascals, they were the house band at The Barge—a nightclub in Shinnecock Bay off Dune Road in East Quogue—during the summer of 1965.

Speaking from Nashville, where the Pelham, New York, native now lives, Mr. Cavaliere explained that Ondine Club, a Manhattan discotheque, was extending its reach to the Hamptons at the time. “The people who ran that, they catered to the Hamptons crowd, the summer crowd. So they decided to buy a facility—for want of a better word, a club—in that area.

“Well, somehow, they got a hold of us. We were working at that time in New Jersey, and they asked us if we would like to do a summer job. And we had just started. Our band was brand new, and I knew—because I grew up in Westchester County, and a lot of the people whose families I knew used to do their summer in the Hamptons—I knew the type of people that were going to be out there, such as newspaper columnists, record company executives. Bette Davis used to be out there—all these famous people. So I knew this was going to be a really important event for us.”

Romy Aguirre, the manager of Ondine Club, gave them the job.

“How he found us, I don’t know,” Mr. Cavaliere admitted. “But at that place what happened is, a gentleman came in by the name of Walter Hyman, who is no longer with us, but he saw something happening there with us, and he called his dear friend Sid Bernstein, who was an entrepreneur who brought The Beatles first to the United States. They collectively started a management company and managed us.”

The Young Rascals had only been together for three months at the time, Mr. Cavaliere said. “I started this group thinking, if I could get the best singers and the best musicians, that we would have an impact—and it worked.”

The band was conceived as an organ trio, with an organ, drum and guitar, he said. He became known for playing a Hammond B-3 organ—he would play bass with his left foot, and rhythm and lead on the two sets of keys.

Soon, The Young Rascals were appearing on television. Their first appearance was on the variety show “Hullabaloo.” Comedian Alan King, posing as a police officer who wanted to find the Young Rascals and “lock them up and throw away the key,” introduced the band, and they performed “I Ain’t Gonna Eat Out My Heart Anymore.”

Other memorable TV appearances for Mr. Cavaliere include “The Ed Sullivan Show,” where they played “Good Lovin’” and “How Can I Be Sure.”

“There’s no way to even describe how much fun they were,” he said, recalling getting to meet Sammy Davis Jr. and Joey Bishop of “The Rat Pack.”

That was 50 years ago, but Mr. Cavaliere can still sing like a young man, which he attributes to genetics, good luck and a swami.

“During those years, the tumultuous years of the ’60s, I kind of veered off insanity and I found a guru. I found a swami who literally guided me into health, mentally and physically.” His name was Satchidananda, and he was the same swami who was the opening speaker at Woodstock.

“It’s easy to go the other way too—it’s easy to slip into darkness, as they say,” Mr. Cavaliere said.

He did go down another popular path of the ’60s: activism. The spirit is embodied in The Rascals’ 1968 single “People Got To Be Free,” which Mr. Cavaliere co-wrote with his bandmate Eddie Brigati in the wake of the assassination of the Reverend Dr. Martin Luther King Jr. The pair wrote “A Ray of Hope,” after Robert F. Kennedy’s assassination, about Senator Ted Kennedy.

“We were more involved with what was going on in the world, and not afraid to speak your piece.” Mr. Cavaliere said. “I think they call it ‘politically correct,’ but what they mean is you don’t want to rock the boat and lose fans.”

Civil rights came to be important to him because of his upbringing in an Italian family living in a Protestant neighborhood that was not welcoming. “Being Italian and growing up in a—how should I put it?—WASP community, it really changed my thinking on the way people should treat each other.”

He explained, “My mom was an educated women. She was a pharmacist. She was way ahead of her time. She was head of a hospital pharmacy in New York City. Basically, she wanted to get involved in some of the local community, and the way she was shunned made quite an impression on me. I could only attribute it to the fact that we were Italian, because there were not many of us.”

In concert, he continues to encourage brotherhood and loving one another.

These days, in addition to his Hammond, he plays on a Korg synthesizer, which can sound like a piano and produce string and horn effects as well. “It’s unheard of in the old days to have a piece of equipment like this.”

The Rascals broke up in 1972, and his present band is billed as Felix Cavaliere’s Rascals. They have been together for 17 years.

He said that when he moved to Nashville, he came into an amazing musical community.

“People have migrated to Nashville from all over the country because there’s work here. There’s work for studio musicians and composers and producers, so we’ve got now, I’d say, a state-of-the-art community of musicians. I’ve got three guys that are in that category—four guys, actually, now: I’ve added another keyboard player.”

Back is his day, there was no internet, or Facebook, texting or Instagram, he noted. “We had music. Music was the connecting force in my—our—generation. … We spoke to each other through our music. Through our songs, even overseas in England. That’s what we try to re-create: that feeling of oneness.”