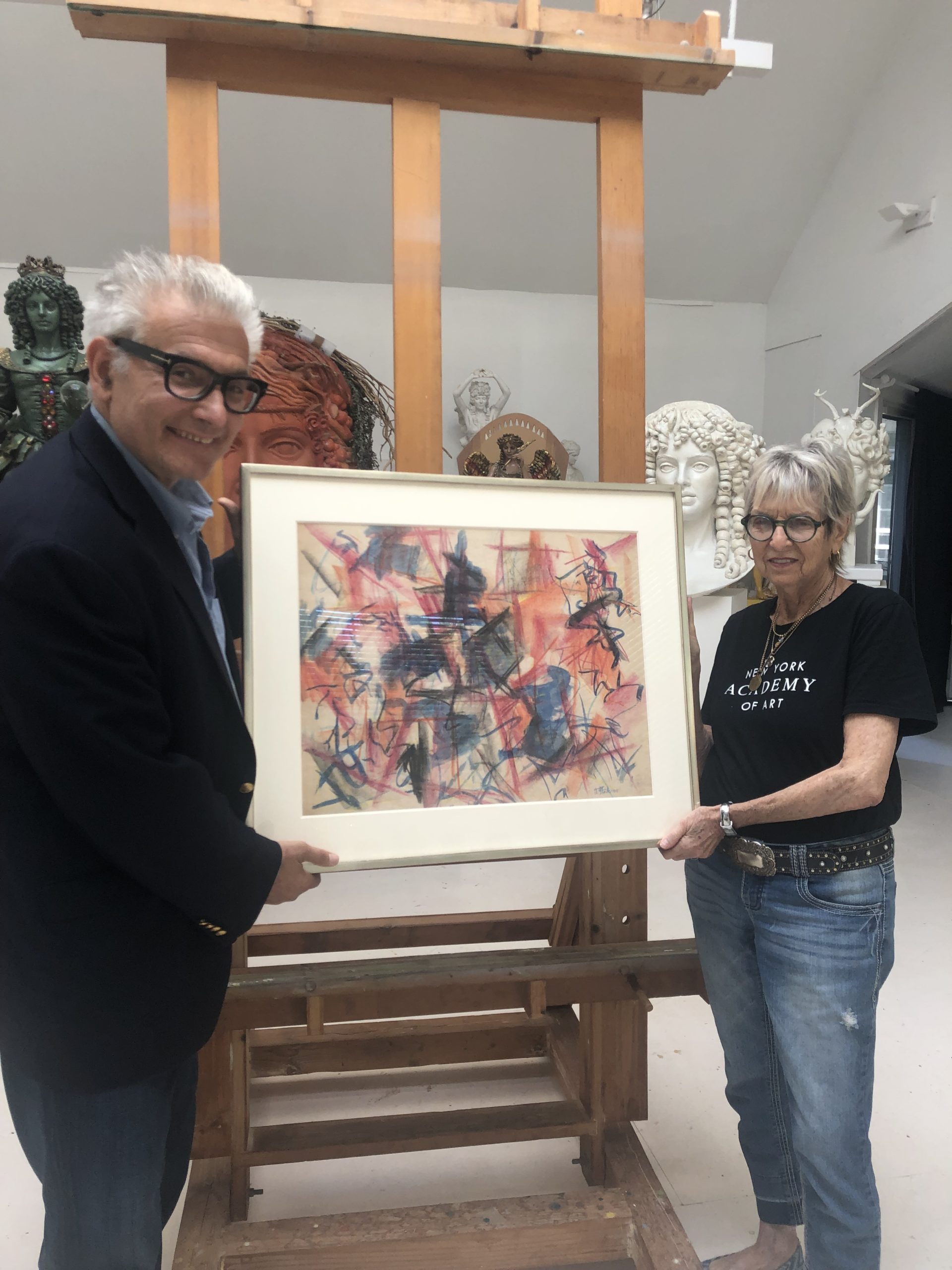 Hamptons Virtual Art Fair founder Rick Friedman with artit Audrey Flack, who will be honored at the fair.

What visitors to the Hamptons Virtual Art Fair will see during their online visit.

What visitors to the Hamptons Virtual Art Fair will see during their online visit. 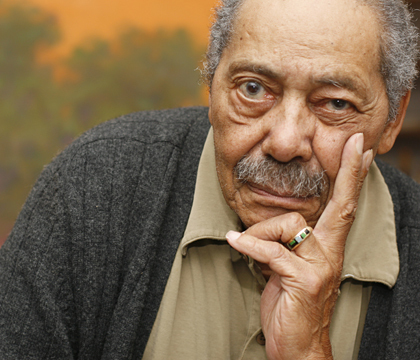 Hamptons Virtual Art Fair will honor Richard Mayhew as its artist of the year.

In recent years, every summer on the East End brought with it an art fair or two or three — large tented venues where those in the market could visit the booths of gallerists and dealers and find work that they might like to add to the collection.

Though everything is different in 2020 in the wake of COVID-19, there is at least one virtual reality art market focused on local, national and international Post-war and Contemporary art slated for the East End later this summer.

Hamptons Virtual Art Fair will feature a couple dozen dealers for VIP sneak preview from July 23 to 26, and about 70 to 80 dealers will take part in the art fair over Labor Day Weekend. The remote market will also honor artists Audrey Flack for painting and sculpture, Elliott Erwitt for photography, and Richard Mayhew as the artist of the year.

This new online event is the latest venture from Rick Friedman, the Southampton-based art collector who was the founder of ArtHamptons, an annual fine art fair that ran for eight summers.

After he sold ArtHamptons in 2015, Friedman managed jewelry, design and decor shows, but continued to care deeply about arts on the East End.

“I watched the art scene just sort of melt away, then people were complaining there was nothing really going on,” said Friedman. “And now, it’s stopped to nothing because of COVID-19.”

Friedman considered his options given the circumstances. First, he surveyed how other galleries and art fairs were adapting during the Coronavirus pandemic. Most of what he came across featured art in two dimensions in which collectors and art enthusiasts click on a thumbnail for more information.

“That’s been done for years and years,” recalled Friedman of his thought process. “Let’s push the envelope.”

That’s when Friedman responded with the idea of a virtual art market platform accessible at home — “like game programming, like a movie,” he said.

The Hamptons Virtual Art Fair will drop viewers into the middle of a sleek virtual gallery, where buyers can walk around and view the pieces, chat with art experts any time of day and purchase art with the click of a button.

Friedman said he realized the importance of a sense of the tangible from his own personal experience with galleries, auction houses and museums during the pandemic.

“I’m an avid collector and it’s just been terrible,” he said. “Online, you never see the piece. You’re forced to buy it from a picture.

“There’s some dramatic, powerful pieces that when you walk in, you go, ‘Oh my God,’” he said. “We have an easier time showing that because you can walk around it.”

For that reason, the VR technology is also particularly advantageous when viewing sculptures. Friedman emphasized that the Hamptons Virtual Art Fair is unique in that its native language is virtual.

“There are a lot of online fairs, but they’re just a 2D version of the fair,” he said. “This is not. We’re starting from scratch. We’re inventing.”

There are other perks to being an online-first art market, he noted. Because it’s virtual, the fair is open 24 hours per day to audiences on the East End and even those in different time zones.

“It’s really about the buyer,” Friedman said. “You don’t need to have a painting like you need to have water — it’s nice to have, it’s extra. You buy it because it’s convenient.”

“I do think that physical fairs might also hold a similar thing as well to make the show a little more worldwide,” he said. “I’ve been doing this a long time, all over the country, so I’m really excited to be doing something new and different.”

Hamptons Virtual Art Fair is organized by ShowHamptons, a national luxury art fair producer, and sponsored by artnet. The online VIP preview is July 23 to 26, with the fair itself taking place over Labor Day weekend, September 2 to 7. Visit hamptonsvirtualartfair.com for details.

When the newly refurbished Sag Harbor Cinema opens its doors, presumably sometime this year, and ... by Annette Hinkle

As an art form, theater’s mission has historically been to shine a light on real-world ... 15 Feb 2021 by Annette Hinkle