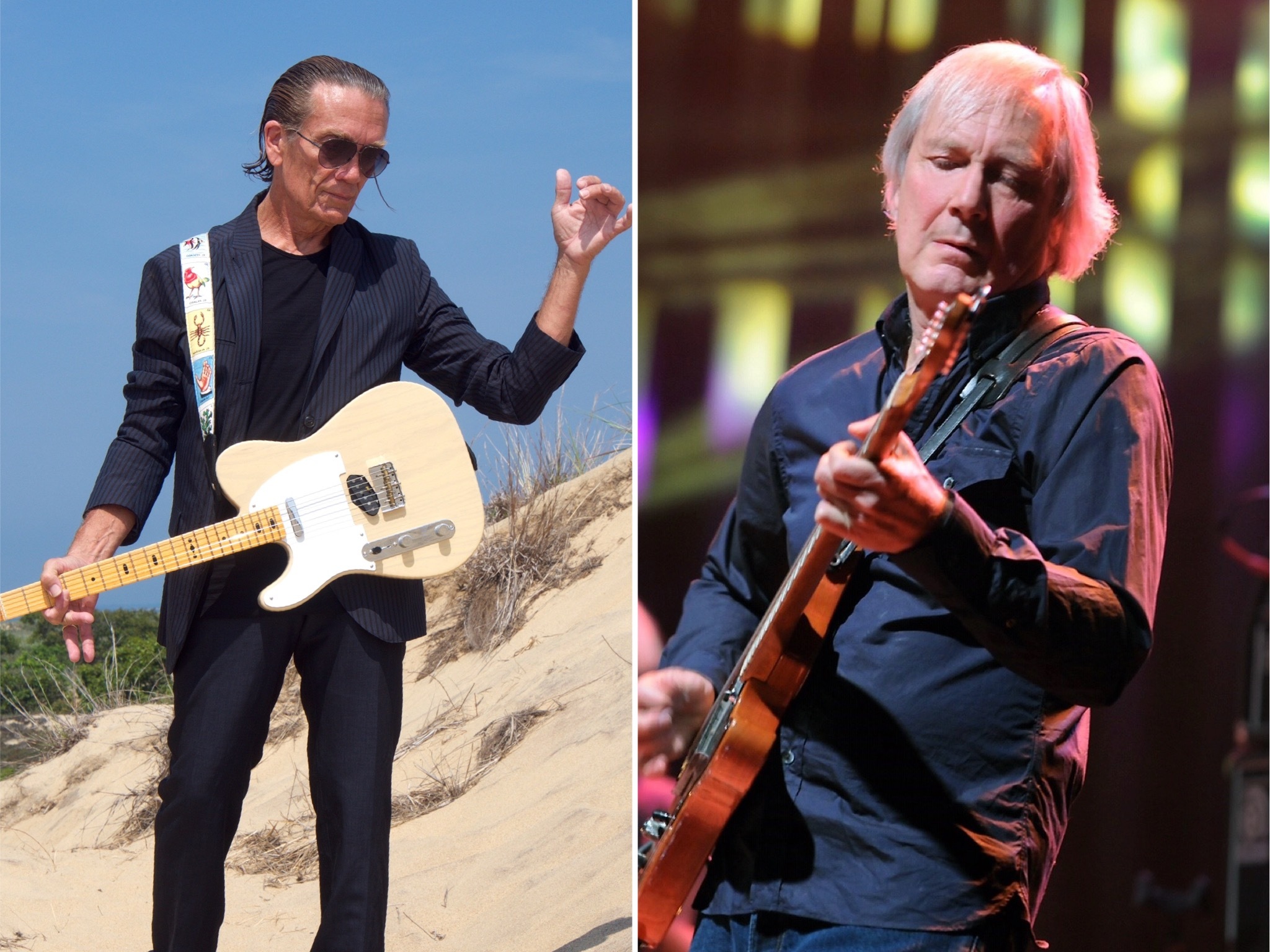 G.E. Smith and Jim Wider will perform in "Portraits," a concert series featuring masters of the Telecaster.

On July 5, G.E. Smith launches his fifth series of “Portraits,” this year for Guild Hall’s 90th anniversary, with “Masters of the Telecasters” featuring Jim Weider and him. Smith was bandleader and musical director for the Saturday Night Live (SNL) band from 1985 to 1995. During that time, he also toured with Bob Dylan for four years. He was bassist on “The Wall Live Tour” for Roger Waters, from 2010 to 2016, and sideman to Mick Jagger, David Bowie, and was a guitarist for Hall & Oates. He also helped Mike Myers write a song for Aerosmith, called “Wayne’s World” which went multi-platinum when they performed on SNL.

Jim Weider, a master of the classic Telecaster guitar, is renowned for his rock and blues-based signature sound. He is among a select group of musicians with an endorsement from Fender and, for the past three decades, he’s earned enormous respect from fellow musicians and music fans throughout the world.

Born and raised in the famed arts colony of Woodstock, New York, Weider received great acclaim during his long tenure (1985 to 2000) as lead guitarist (replacing Robbie Robertson) for Rock ‘n Roll Hall of Fame inductees, The Band. During 15 years of international touring with original members Levon Helm, Garth Hudson and Rick Danko, Weider was featured on numerous albums, films, videos and television appearances. Highlights included a 1990 performance with The Band and Ronnie Hawkins at The Berlin Wall concert produced by Roger Waters of Pink Floyd; several cable TV specials (notably “The Bob Dylan Tribute” at Madison Square Garden); a performance and recording at the “Unofficial Blue Jean Bash” for President Clinton’s 1993 Inaugural Ball, with special guests Bob Dylan, Steven Stills and Dr. John; a 1994 pay-per-view concert telecast from the Woodstock ’94 Festival; and a 1995 appearance on the A&E Biography documentary “The Authorized Video Biography The Band” for cable TV and video, released by ABC Video.