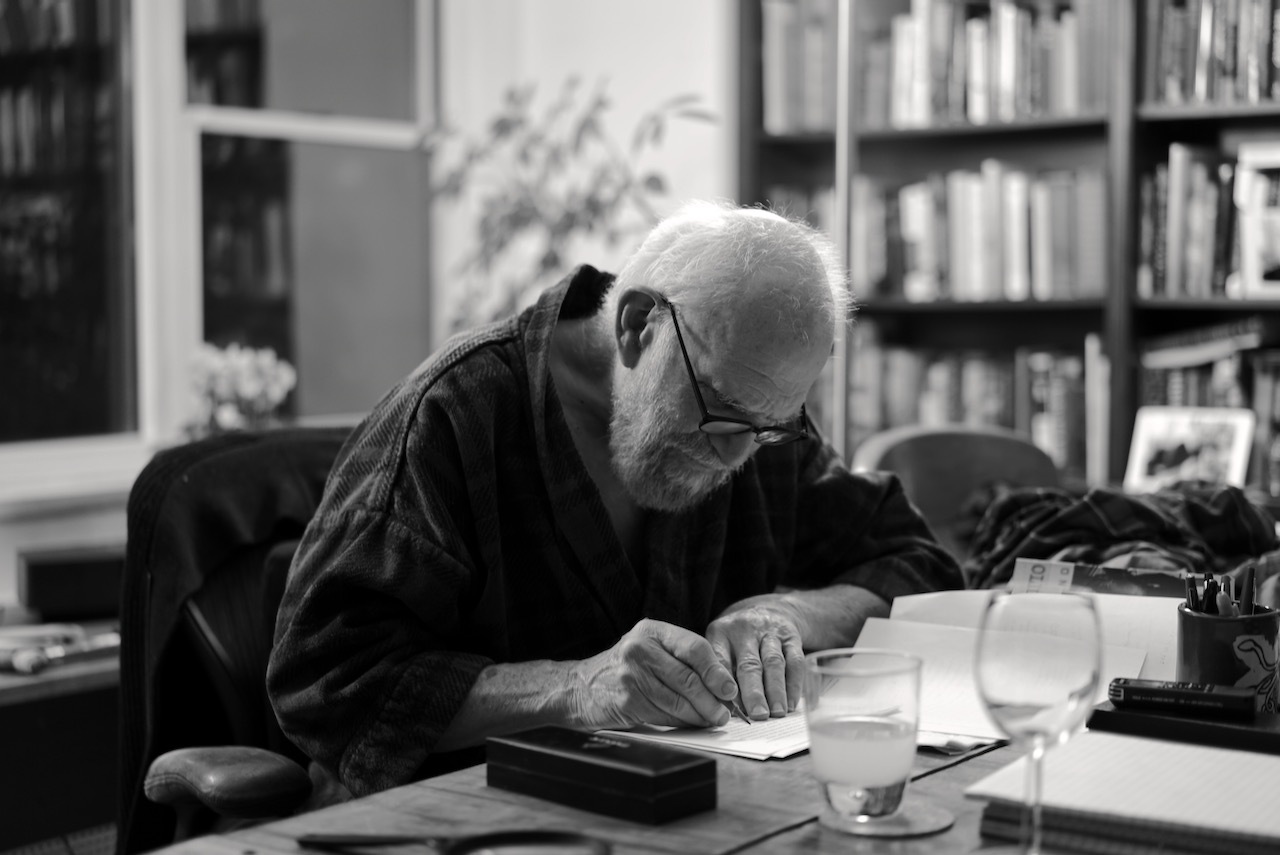 A production image from the film ŌĆ£Oliver Sacks: His Own Life" by Ric Burns.

Shortly after receiving the news of a fatal diagnosis in early 2015, world-renowned British neurologist, historian, physician, and author Oliver Sacks sat down with filmmaker Ric Burns for a series of lengthy filmed interviews to discuss the story of his life.

The results of those interviews is ŌĆ£Oliver Sacks: His Own Life,ŌĆØ a documentary that explores the life and work of the legendary neurologist and storyteller who shares intimate details of his battles with drug addiction, homophobia, and the medical establishment that accepted his work only decades after the fact.

HamptonsFilm's December ŌĆ£Now ShowingŌĆØ program will present two screenings of the film on successive Saturdays at Guild Hall in East Hampton, December 21 and December 28 at 6 p.m.

Sacks was a fearless explorer of unknown mental worlds who helped redefine our understanding of the brain and mind, the diversity of human experience, and our shared humanity. Beginning with the difficulties of his childhood relationship with a schizophrenic older brother and growing up as a queer man in 1950s England, Sacks charts his journey toward becoming one of the foremost chroniclers of the human mind. Interweaving these interviews with recollections from his longtime partner, closest friends, family, and colleagues, director Burns creates a moving portrait of one of the 21st centuryŌĆÖs greatest minds.

The film won the Audience Award for Best Documentary Feature at the 27th annual Hamptons International Film Festival this past October. Tickets for ŌĆ£Oliver Sacks: His Own LifeŌĆØ are $15 ($13 for HamptonsFilm and Guild Hall members) at hamptonsfilmfest.org or guildhall.org. Guild Hall is at 158 Main Street, East Hampton.

Curated by HamptonsFilm, the ŌĆ£Now ShowingŌĆØ series brings notable films currently in theaters to the East End. Films will be presented at Guild Hall Saturdays at 6 p.m. from December 21 to March 14.