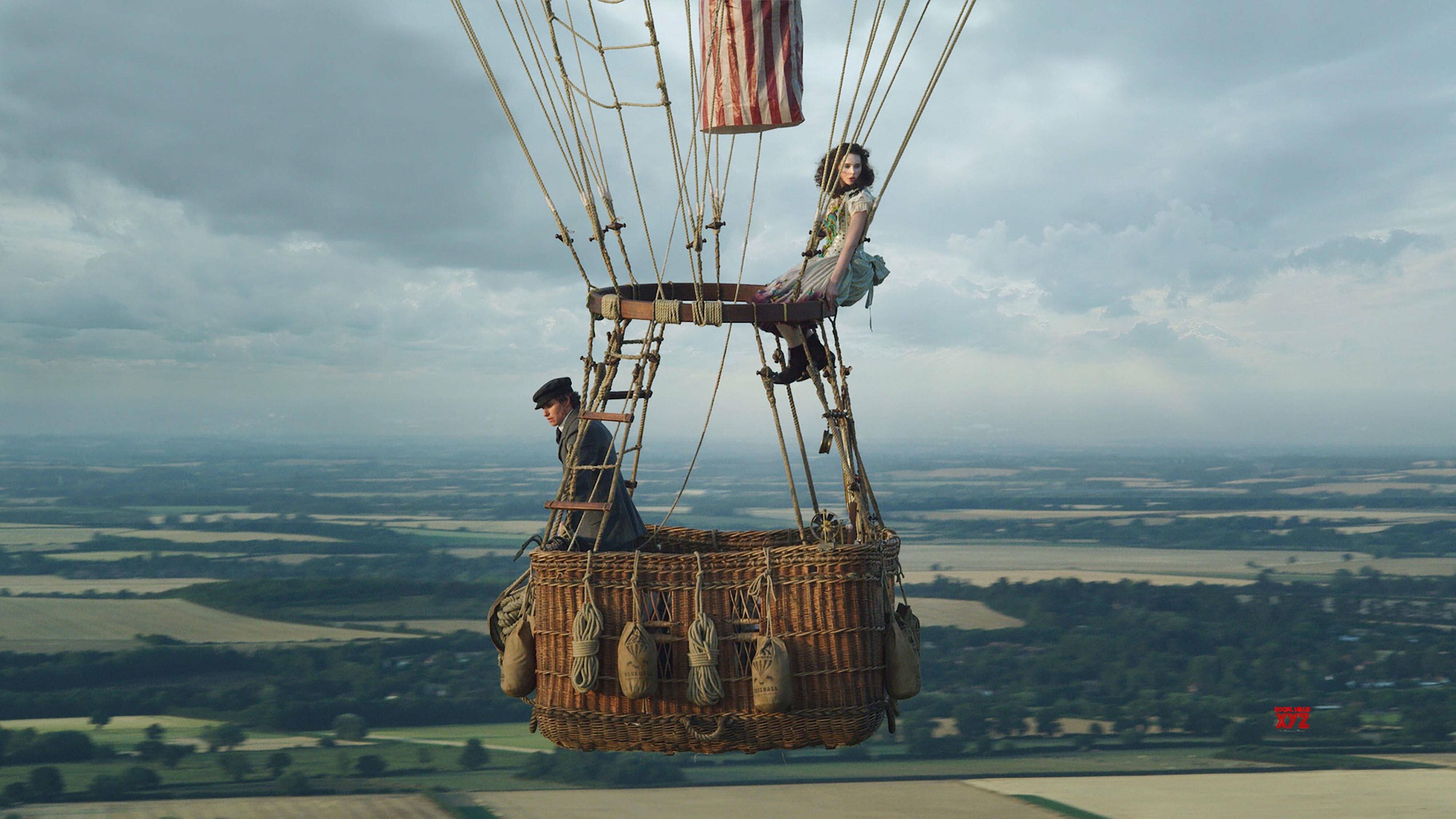 Tom Harper's film "The Aeoronauts" will be one of the spotlight films featured at the Hamptons International Film Festival. The film tells the story of a pilot and scientist’s fight for survival while attempting to make discoveries in a hot air balloon.

The Hamptons International Film Festival (HIFF) announced today the full slate of films for the 2019 edition, including additional films to the Spotlight section, World Cinema Narrative and World Cinema Documentary sections, and Shorts Programs, as well as the signature programs including Views From Long Island; Air, Land & Sea; and Compassion, Justice & Animal Rights. The remaining spotlight films will include Tom Harper’s “The Aeronauts,” the moving story of a pilot and scientist’s epic fight for survival while attempting to make discoveries in a hot air balloon, Marc Meyers’ “Human Capital,” a dramatic thriller adapted from Paolo Virzì’s award-winning 2013 film and Stephen Amidon’s 2004 novel of the same name, which tells the story of two families colliding when their children begin a relationship that leads to a tragic accident; Scott Z. Burns’ gripping post 9/11 drama “The Report”; François Girard’s “The Song of Names,” a deeply moving drama about friendship, betrayal and reconciliation that unfolds over two continents and a half century; and Bruce Springsteen and Thom Zimny’s concert documentary “Western Stars.”

As part of the Signature Programs, the Views From Long Island section will also include the world premieres of “Conscience Point,” directed by Treva Wurmfeld, which documents the Shinnecock Nation’s brutal fight for ownership in the Hamptons, and Tom Dolby’s “The Artist’s Wife,” which tells the story of the wife of a renowned abstract artist who is plunged into a late-life crisis when her husband is diagnosed with Alzheimer’s; and the US Premiere of Marc Meyers’ “Human Capital,” adapted from Paolo Virzì’s award-winning 2013 film and Stephen Amidon’s 2004 novel of the same name, which tells the story of two families colliding when their children begin a relationship that leads to a tragic accident. View From Long Island will also present a short sections including two shorts from HIFF Jr Educational Initiatives, “Hacked” and “WWII,” as well as “Waterproof” from filmmaker Ross Kauffman about the efforts to create safe swimming spaces in East Hampton.

The Air, Land & Sea program will present Nikolaus Geyrhalter’s “Earth,” which examines the tremendous impacts of human activity in the era of the Anthropocene—looking at seven locations across the globe that have hugely transformed the planet through human behavior, as well as the World Premiere of Anthony Baxter’s “Flint,” a spotlight on the economic depression and water treatment in the Midwest, narrated by Alec Baldwin. The section will also include Brett Story’s “The Hottest August,” a complex and nuanced portrait of New York City and its inhabitants in the age of climate change, with excerpts from Zadie Smith, Karl Marx, and Annie Dillard.

The Compassion, Justice, & Animal Rights program will present David Hambridge’s “Kifaru,” a documentary that explores the often brutal and painstaking process of protecting and caring for Sudan, the world’s last male Northern White Rhino, and Lesley Chilcott’s “Watson,” which tells the story of Paul Watson, a lifelong defender of underwater ecosystems and the wildlife living within them.

“Our signature programs have become a hallmark of the annual film festival,” said Anne Chaisson, Executive Director of the Hamptons International Film Festival. “Highlighting the issues and causes that are most important to our community are of paramount importance to us. We are thrilled that audiences will get to hear from experts at post screening Q&A’s about the problems they face on a day-to-day basis.”

“We had a great time selecting these films and could not be more excited to share them with our audience,” said David Nugent, Artistic Director of HIFF. “We have some truly moving, fascinating and provocative titles to screen. These selections will thrill viewers and ignite thoughtful and passionate conversations throughout the Festival.”

For the second year, the festival will present a Virtual Reality selection, “To The Moon,” created by Laurie Anderson and Hsin-Chien Huang, utilizing images and tropes from Greek mythology to take viewers from Earth to the surface of the Moon, an experience that has traveled to the Cannes and Venice Film Festivals so far.