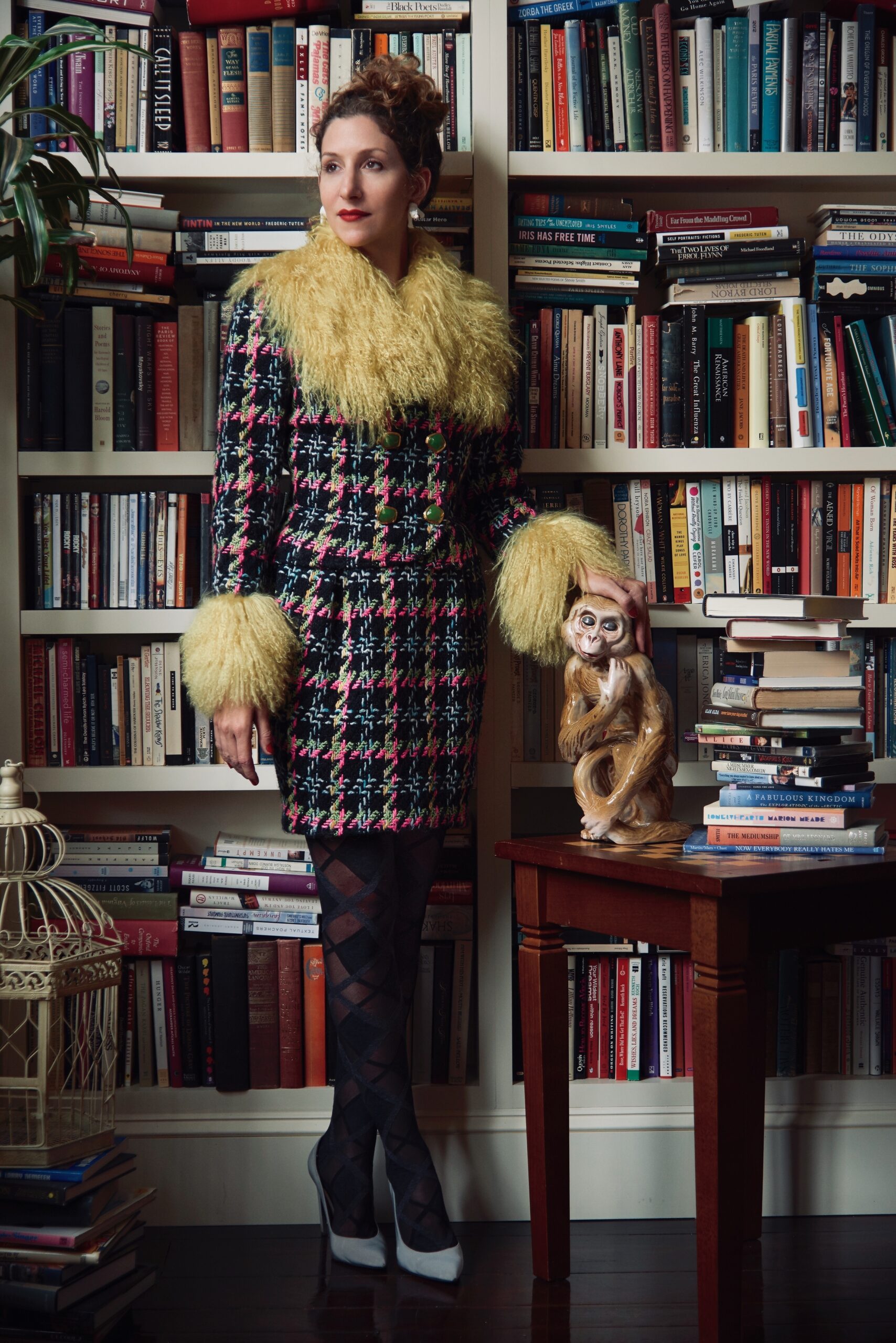 Iris Smyles will commune with Marcel Proust during The Droll Ball at The Church on Saturday. 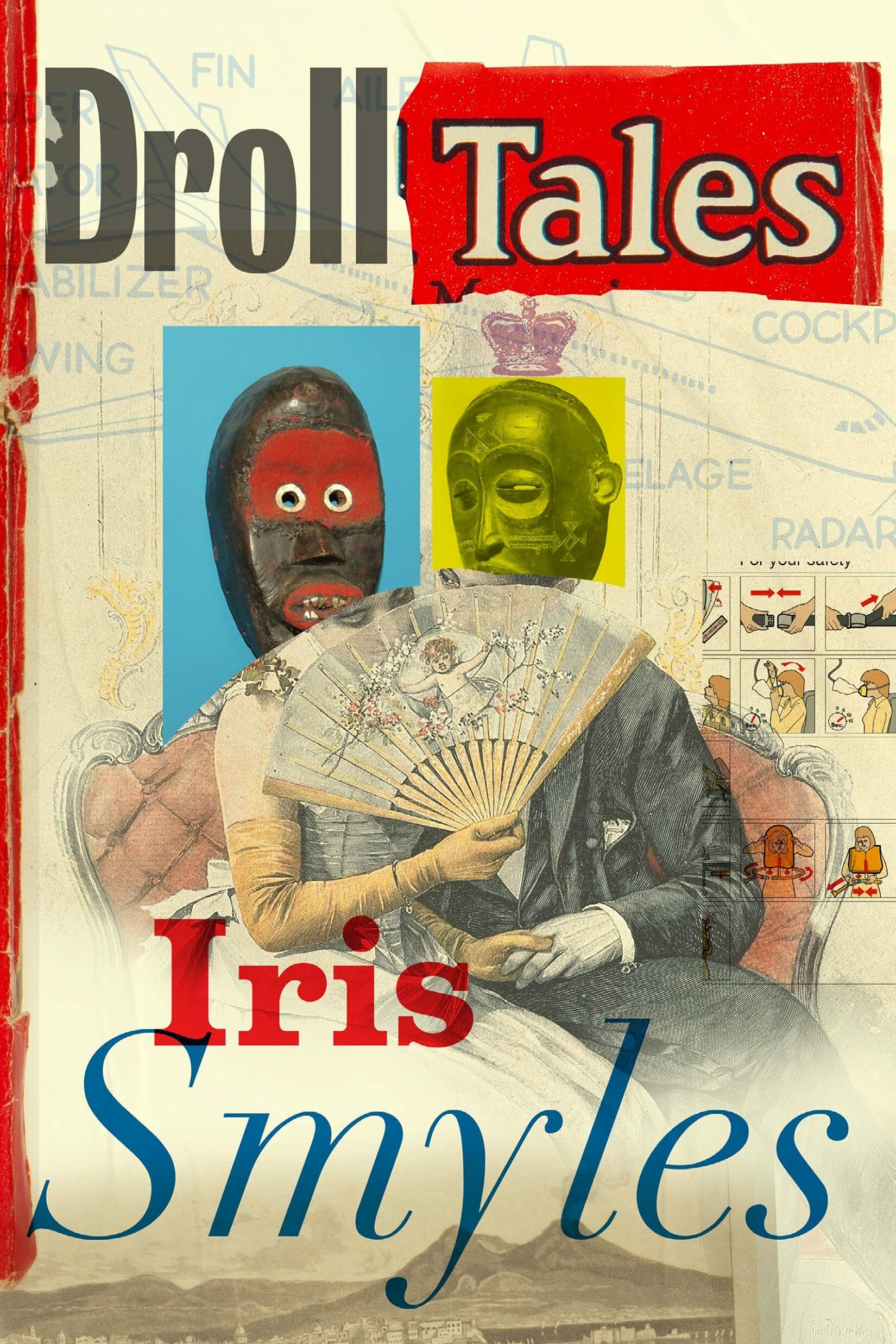 Springs writer and humorist Iris Smyles’s third book, “Droll Tales,” will be published next month, and to celebrate she’ll host The Droll Ball, the inaugural summer fundraiser for The Church, Sag Harbor’s new venue for artist residencies and exhibitions, this Saturday, June 25.

As part of the festivities, Smyles will interview — with the help of a psychic medium — Marcel Proust, the French novelist who died in 1922 in Paris.

Smyles describes “Droll Tales” as a book of funny stories about loss, which she acknowledged during an interview this month is an odd thing to say. She said the book tracts in French philosopher Albert Camus’s idea of absurdism. At the heart of each of the stories is an existential crisis and a despair that’s also funny, she said; not “haha” funny but joyous in the fundamental experience of being alive.

“The way that I work is sometimes I’ll write something and then decide it’s terrible, become depressed and decide to work on something else,” she explained. “And then later on when I get depressed about the new thing that I’m working on, I’ll return to that and see like, ‘Oh, that’s actually not so bad.’ And now I have a better idea of where it should go. So it really changes a lot over time.”

Twenty years later, what may be left over from the original may be just one line or one scene in a dentist’s office, she said.

Working during the pandemic became especially challenging for Smyles once she caught COVID-19.

“I had some brain fog from that,” Smyles said. “So actually, for a while I couldn’t really write or read anything.”

Eventually, she said, she was able to get her mind clear and write some additional stories, which she finished last summer. “It’s really come together over a long period of time,” she added.

She actually had COVID twice, the first time in April 2020, which led to her bout with long COVID, and then again in December 2021.

“The second time was considerably easier — or maybe I just couldn’t get any more fogged so I didn’t notice it,” she said.

Having COVID and mental fog while isolating was trying for Smyles.

“You’re by yourself all the time, so what are you going to do but read and write?” she said. “And then suddenly not really being able to read or write was frightening.”

When she tried to write about having COVID, she couldn’t focus, and her paragraphs were “sprawling and confused,” she said.

“Also after reading and watching and being so COVID saturated, kind of the last thing I wanted was to think about that anymore,” Smyles said. “So I think perhaps that’s why some of the stories in the book, like the last story I wrote, ‘O Lost,’ is kind of more fantastical because I just really didn’t want to be in this current reality.

“Not that it’s unrealistic, I suppose,” she continued. “It’s just another way of approaching the same things that I was thinking about, but instead of through realism, through, kind of, Surrealism was more fun and felt somehow more honest too.”

Losing her ability to read and write readily was scary because it’s her primary relationship to the world and her way of coping and making sense of things, she explained. She said reading was difficult because she would forget the first part of the sentence when she got to the second part.

A year later, as she was better but still working to refocus herself, she started reading Roald Dahl stories — not his children’s novels such as “Charlie and the Chocolate Factory” and “Matilda,” but his stories aimed at adults.

“The worlds that he creates are so kind of atmospheric, and they’re more sort of straightforward, so that really helped, maybe just because I was so entertained,” she said.

She finds that a lot of contemporary literary fiction writers forget to entertain the reader. “Especially what passes for serious literature, it’s like they create this test of like, ‘in order for you to know that this is serious, it has to be boring,’ which I staunchly disagree with,” she said.

She really likes Dahl’s idea that the primary thing is ensuring readers are enjoying themselves and earning readers’ attention.

“I believe that completely, especially these days when there’s so much competing material, so much competing for our attention,” she said. “... Nobody really has the time to read, and so if you’re going to ask someone to read something, I think your duty is, first, make it worth their while. Otherwise, why should they read past the first sentence if the first sentence isn’t compelling?”

Though she subscribes to the approaches of writers like Dahl, Smyles certainly has her own style and infuses her personality into her writing. One thing she has learned is to trust the instinct to do things in her own way.

“Certainly not every weird and different vision is valid, but it might be, and you won’t know if you’re too concerned with making a facsimile of whatever already exists,” she said.

Smyles endeavors to strike a balance between having faith in her vision and having a healthy level of self-doubt that allows her to review her work critically while not crippling herself. Putting a work away and then coming back to it later allows her to see it more brutally and see if the direction she thought she was going in is not what she really wants to pursue, she said.

Transitioning from writing a book to promoting it is a big shift in Smyles’s experience.

“You go from being kind of underground and on your own and in your own world, and then suddenly, you’re a used car salesman or a publicist trying to get attention,” she said.

When her book’s actual publicist told Smyles that to have a successful book launch she either needed to be a celebrity or attach her name to celebrity, Smyles thought: “Well, who’s bigger than Marcel Proust? And since he’s dead, he’s probably not busy.”

She said it’s silly the way most people are after the “casual Friday” idea of never getting dressed up “and yet they religiously tune into these events like the Met Gala or the Academy Awards to see, what are they wearing? Well why shouldn’t we see what we’re wearing?”

Well, that’s to add a bit of whimsy to it, Smyles said. “Formal attire” can suggest something unimaginative when actually it could be creative, she added.

“If you’re going to bother with clothes, you might as well make them as extravagant and as ridiculous as possible,” she said. “You know, have some fun with it.”

The event doubles as a fundraiser for The Church, founded by North HAven artists April Gornik and Eric Fischl.

“It’s their first summer gala, so I’m honored to be doing this with them and excited because they do such great programming, and they were excited about the idea when I mentioned that I wanted to contact Marcel Proust,” Smyles said. “So it feels like a good fit. If they thought, ‘Marcel Proust? Can’t you get Justin Bieber?’ it wouldn’t have been a good fit.”

Facilitating the seance will be psychic, astrologer and tarot reader Monte Farber of Springs.

“It seemed a perfect combination because he has a really kind of funny sensibility but then you know, as psychics go, he’s a heavyweight,” Smyles said.

Smyles set down roots on the East End prior to the pandemic, buying an apartment in Amagansett. Then during the pandemic, she bought a house in Springs.

She spent the first portion of the pandemic in the 400-square-foot Amagansett apartment and quickly discovered that it was too small.

“When you can’t leave the house, suddenly every foot really counts,” she said.

She said she was lucky to find a house before the market escalated too wildly.

In 2016, Smyles was part of the inaugural class of Guild Hall’s Guild House Artists-in-Residence program. She worked on completing her book “Dating Tips for the Unemployed” — a follow-up to her literary debut “Iris Has Free Time,” a riff on Proust’s “In Search of Lost Time” — during the two-month residency.

She said that prior to her residency she had come out to visit friends but was spending time with the “summer people” on those occasions and was less fond of the East End until she came to Guild Hall during the off-season and met more people in the community and saw it in a new way.

“In the summer, it can be very much a scene,” she said. “… It’s almost the worst of New York City concentrated, or the best of New York City — however you want to see it. But that whole, you know, idea of the ‘exclusive Hamptons’ kind of makes me a little nervous. It’s fun, but I’m not wild about it. But I do love it out here so I’m really thrilled to be out here.”

The Droll Ball will take place at The Church, 48 Madison Street, Sag Harbor, on Saturday, June 25, at 8 p.m. Tickets start at $333 and include a signed copy of “Droll Tales” and a chance to win a print by Church co-founder Eric Fischl. Visit thechurchsagharbor.org.

Smyles and Frederic Tuten will discuss their new books — his is titled “The Bar at Twilight” — on Tuesday, July 12, at 6 p.m. at the East Hampton Library courtyard.