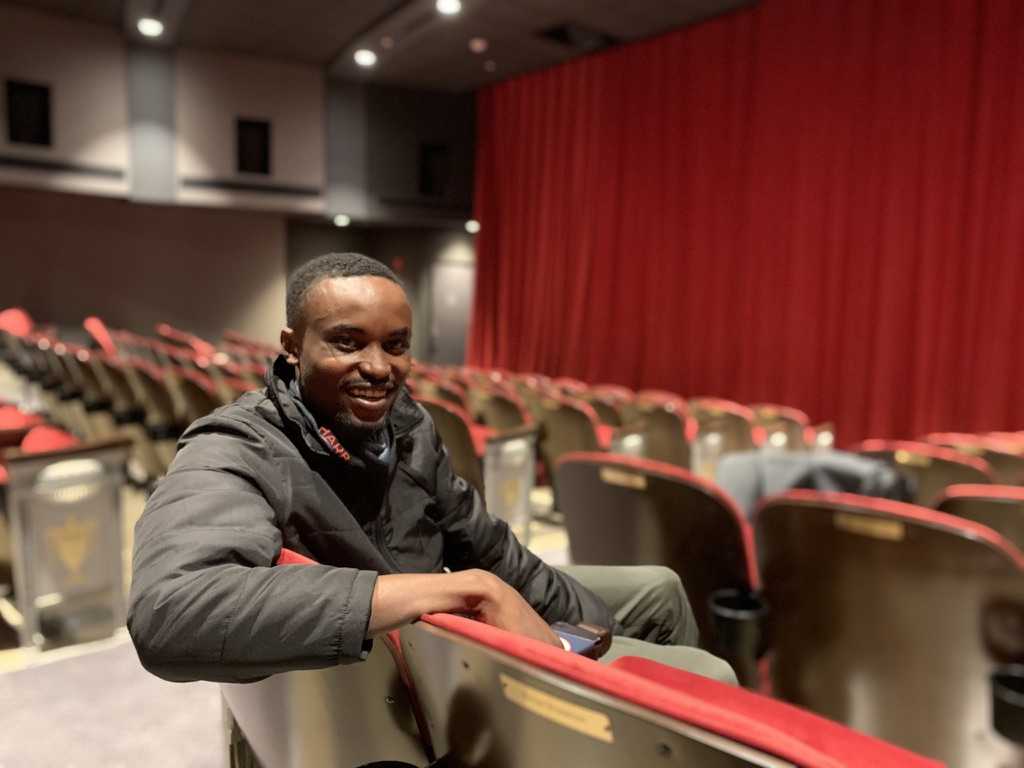 Thierry Bahiluta is settling into his new job at the Sag Harbor Cinema. 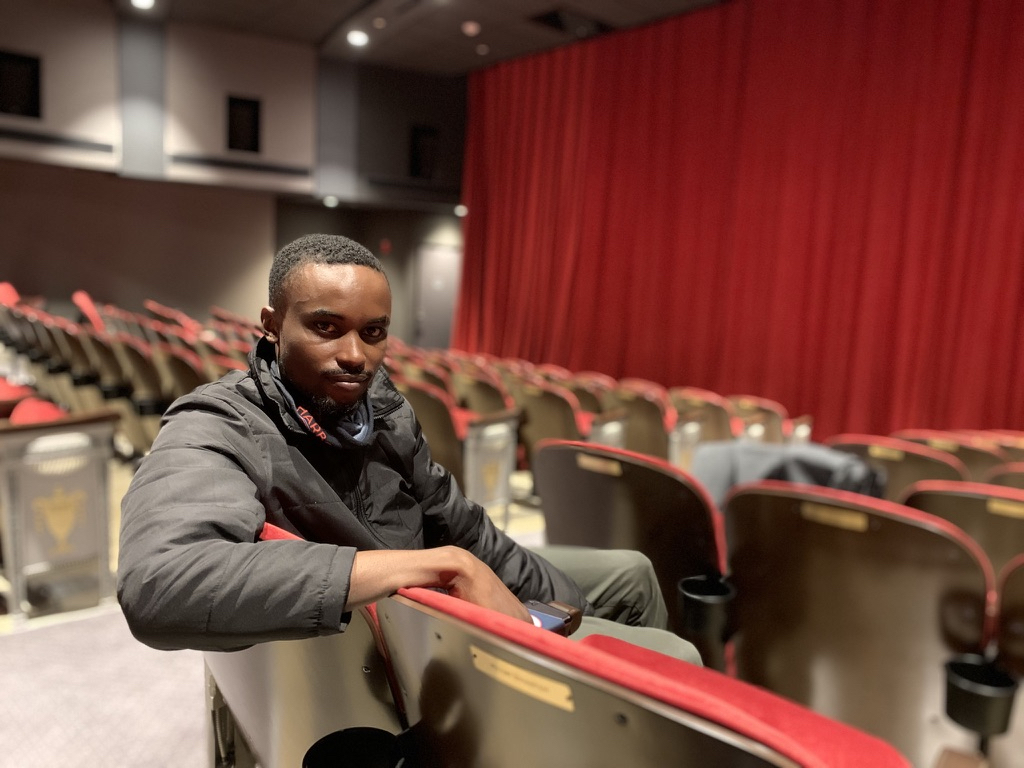 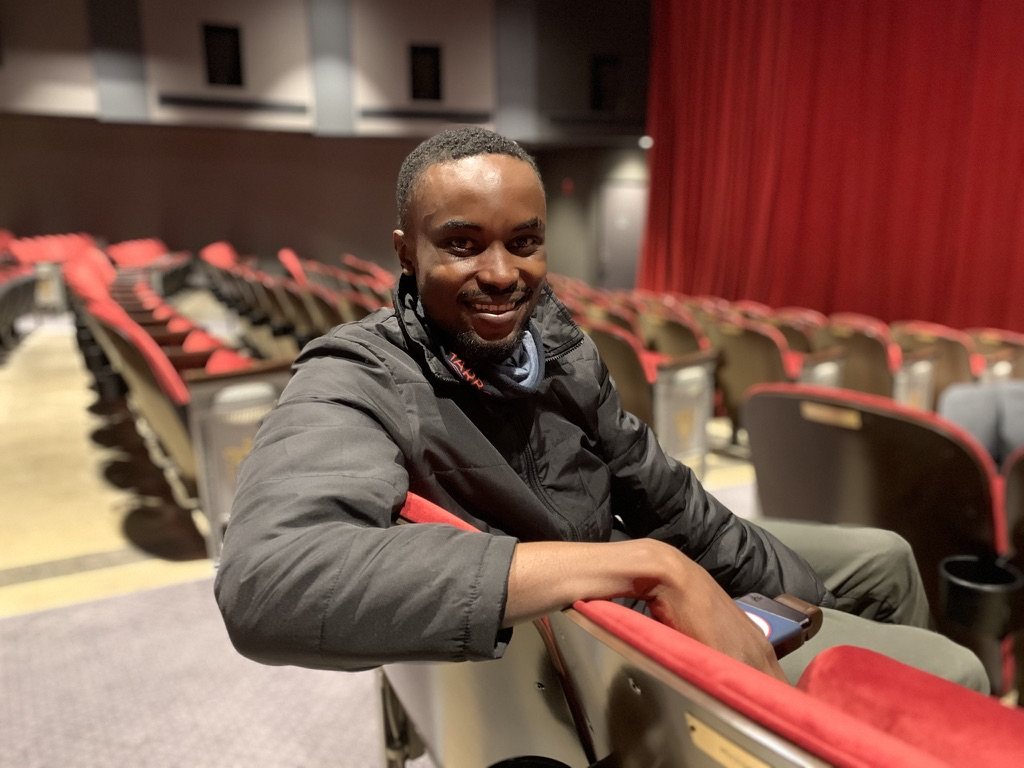 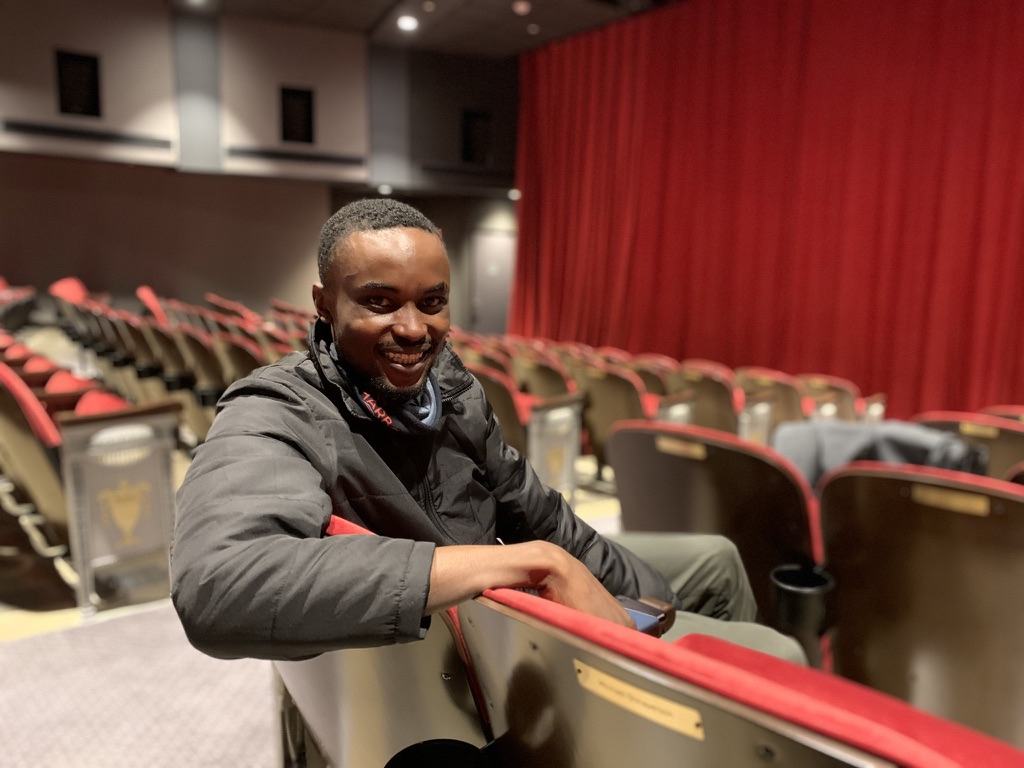 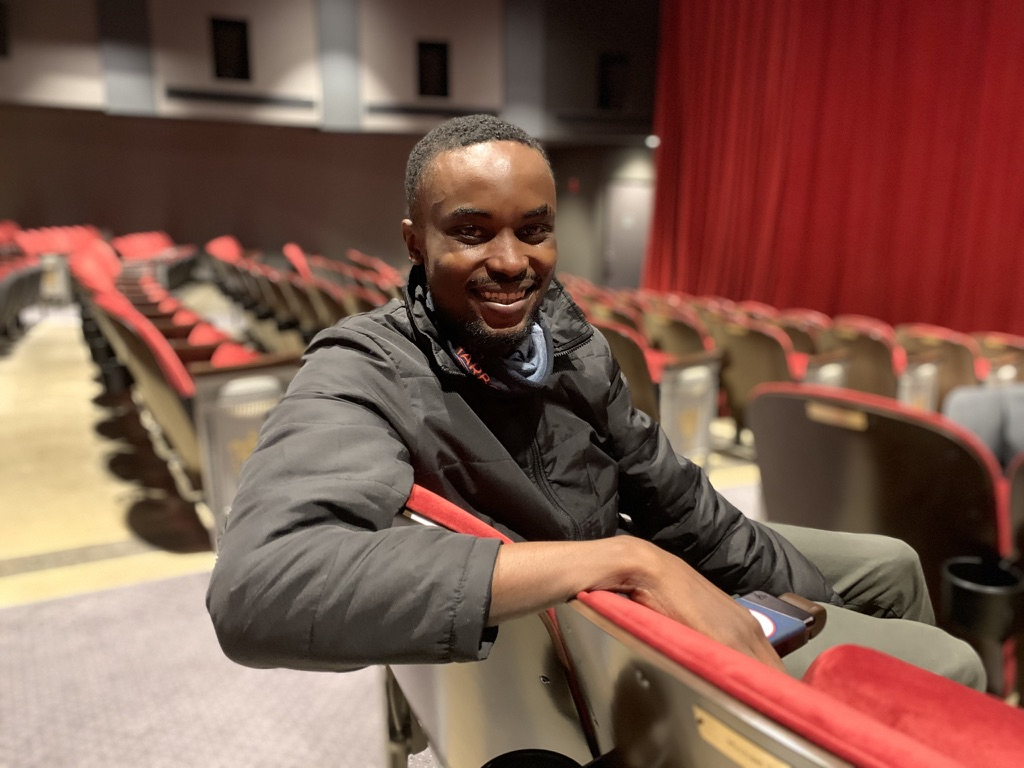 When the newly refurbished Sag Harbor Cinema opens its doors, presumably sometime this year, and patrons are finally able to settle into the comfortable, brand new seats for a state-of-the-art film experience in one of its three theaters, they just might encounter a familiar face running the place — especially if they have been regular customers of the nearby UPS Store.

That’s because Thierry Balihuta, 33, who joined the staff last fall as the cinema’s manager, most recently managed the Sag Harbor UPS Store where he could be relied upon to help customers ship parcels, design brochures or produce marketing materials.

In fact, it was at the UPS Store where Balihuta first met Sag Harbor Cinema board members April Gornik and Susan Mead, who, during the construction of the theater, came to him often for copies of blueprints and other printing projects related to the cinema project. He told them that if a suitable position were to come up at the new theater, he would like to be considered for it.

In September, one did, and he was hired as the cinema’s first manager. In a recent interview, Balihuta recalled how, like many residents, on the morning of December 16, 2016, he watched the old Art Deco theater burn.

For Balihuta, running a movie theater is a whole new experience, and with the brand new facility soon to come online, there is a lot to learn — from operating the high-end projection and sound equipment, to running the snack bar and keeping tabs on what’s going on throughout the building. While it’s all new territory, Balihuta has made transitions before and has a way of taking things in stride — probably because he’s had to start over more than once in very different places and this move is just the latest chapter in a long story for him.

That story begins in Rwanda in Central Africa where he was born to a Tutsi mother and a Hutu father. In 1994, when Balihuta was 7 years old, the Rwandan civil war turned into a genocide perpetuated by the Hutus against the minority Tutsi and the family was forced to flee.

“We were trying to find a place where we could settle,” said Balihuta, “Our family moved to Ivory Coast in West Africa during the war and we were unable to fully settle there since Ivory Coast itself broke into war, which resulted in our relocation in 2004 to the United States.

“We all have different last names,” explained Balihuta when asked about the practice. “It’s a traditional thing in the way family members give you a name. I’m second in the family, so I got my grandfather’s name. Luckily, the U.N.’s High commission for Refugees is knowledgeable about the tradition.”

Balihuta, who came to the U.S. speaking French, Swahili and Rwandan, attended high school in Houston in order to learn English. He notes that it was an ideal place for him to get started in a new country.

“In Houston, there’s a huge African community. They even have an African soccer program,” he said. “Houston is one of the places that takes in Africans.”

Then, in 2005, after Hurricane Katrina, Balihuta’s father, a professional and knowledgeable beekeeper, landed a job with the Hamptons Honey Company in Water Mill and moved the family to the East End where Balihuta and his younger brother completed high school at the Ross School.

“Ross School was great,” said Balihuta who did his final two years there. “The first year here, we lived in Noyac and then we got a house built in Bridgehampton by Habitat For Humanity.”

Balihuta still lives in the home with his parents and younger brother, who works at the UPS Store. His mother is employed at Stony Brook Southampton Hospital and last year, got her U.S. citizenship. His father now owns his own landscaping company, but keeps a hand in beekeeping thanks to one of his clients who lets him keep hives on his property.

“It was nice to see him working with bees again,” said Balihuta. “He worked with a lot of French nonprofit organizations in Africa to learn beekeeping.”

Balihuta’s older brother has relocated to West Palm Beach, Florida, and Balihuta, himself, left the area in order to attend the University of Maine in Orono for a few years. Upon his return to the East End, before he joined the staff of the UPS Store, he worked at the Southampton Inn. Now, in addition to his new position at the Sag Harbor Cinema, Balihuta is also enrolled in a two-year design program at Suffolk County Community College.

In the meantime, Balihuta is learning the ins and outs of operating the Sag Harbor Cinema. The delayed opening of the theater due to the pandemic has given him time to come up to speed on all the new tasks and equipment that he’ll need to know in order to run the place.

“It’s been a nice time to learn, otherwise I’d be running full speed and training in the booth. Luckily, when I was hired, it was right after the construction. The builders and technicians were still here. I worked with the digital media technicians who installed everything,” said Balihuta, noting that the theater’s visual and audio systems are quite impressive. “I was very excited, every technology is put into play. All these little sounds and mics filter everything and it puts the most acute sound behind you.”

While the movie theater is not yet open for the wide public to experience the place for themselves, private screenings for families and couples have given Balihuta an opportunity to get his feet wet. In the meantime, Balihuta still has plenty of tasks to keep him busy, from leading weekend tours of the building, coordinating with Jesse Matsuoka of Sen and Kpasa to make sure the grab and go section of the café is stocked, and even making popcorn when called upon.

When asked what sort of films he enjoys personally, Balihuta said, “I like movies with short, great dialogue. Long dialogue puts me to sleep. My primary love is for historic and true movies — in Ivory Coast, we’d wait for them to come out on TV, a year after they came out here.”

Sound wise, he said when it comes to experiencing the Sag Harbor Cinema, he said, “I’d love to see the new Star Wars trilogy — that, and a Spielberg film.”

Over the next month, the Sag Harbor Cinema will transport audiences to new worlds — ... by Staff Writer

As an art form, theater’s mission has historically been to shine a light on real-world ... 15 Feb 2021 by Annette Hinkle

Looking for a little Sunday afternoon music to soothe the soul? On Sunday, February 28, ... by Staff Writer