‘My Fair Lady’: Why Wasn’t Julie Andrews In The Film? 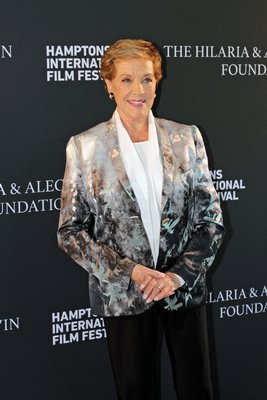 The original Broadway production of “My Fair Lady” in 1956 starred Julie Andrews, a frequent visitor to the Hamptons and the mother of one of the founders of Bay Street Theater, Emma Walton Hamilton. While Ms. Andrews performed in the theater to acclaim, when Lerner and Loewe sold the movie rights to Warner Brothers, Jack Warner wanted someone better known to American audiences in the role of Eliza. Ms. Andrews had not been in the movies before.

Audrey Hepburn got the part; because her voice could not carry the songs, the impeccable Marni Nixon dubbed the singing, as was common then. Ms. Andrews went on to star and sing that same year, 1964, as Mary Poppins in the movie of the same name.

When the Academy Awards were handed out the following year, though “My Fair Lady” won eight Oscars, including Best Picture, Best Director and Best Actor (Rex Harrison, reprising his Broadway role), Ms. Andrews took home both the Golden Globe and Academy Award for acting, beating out Ms. Hepburn. That same year, 1965, Ms. Andrews starred in “The Sound of Music.” Her ability to star in a movie was never doubted again.

Ms. Andrews, 80, is currently in Australia where she is directing a production of “My Fair Lady” to open August 30 at the Sydney Opera House.

Despite the success of the film, Lerner and Loewe did not like it. In the agreement with theaters when “My Fair Lady” is staged, the film is not to be mentioned or credited, but a nearly forgotten 1938 film version of George Bernard Shaw’s “Pygmalion” instead.

The satirist Shaw would be amused.