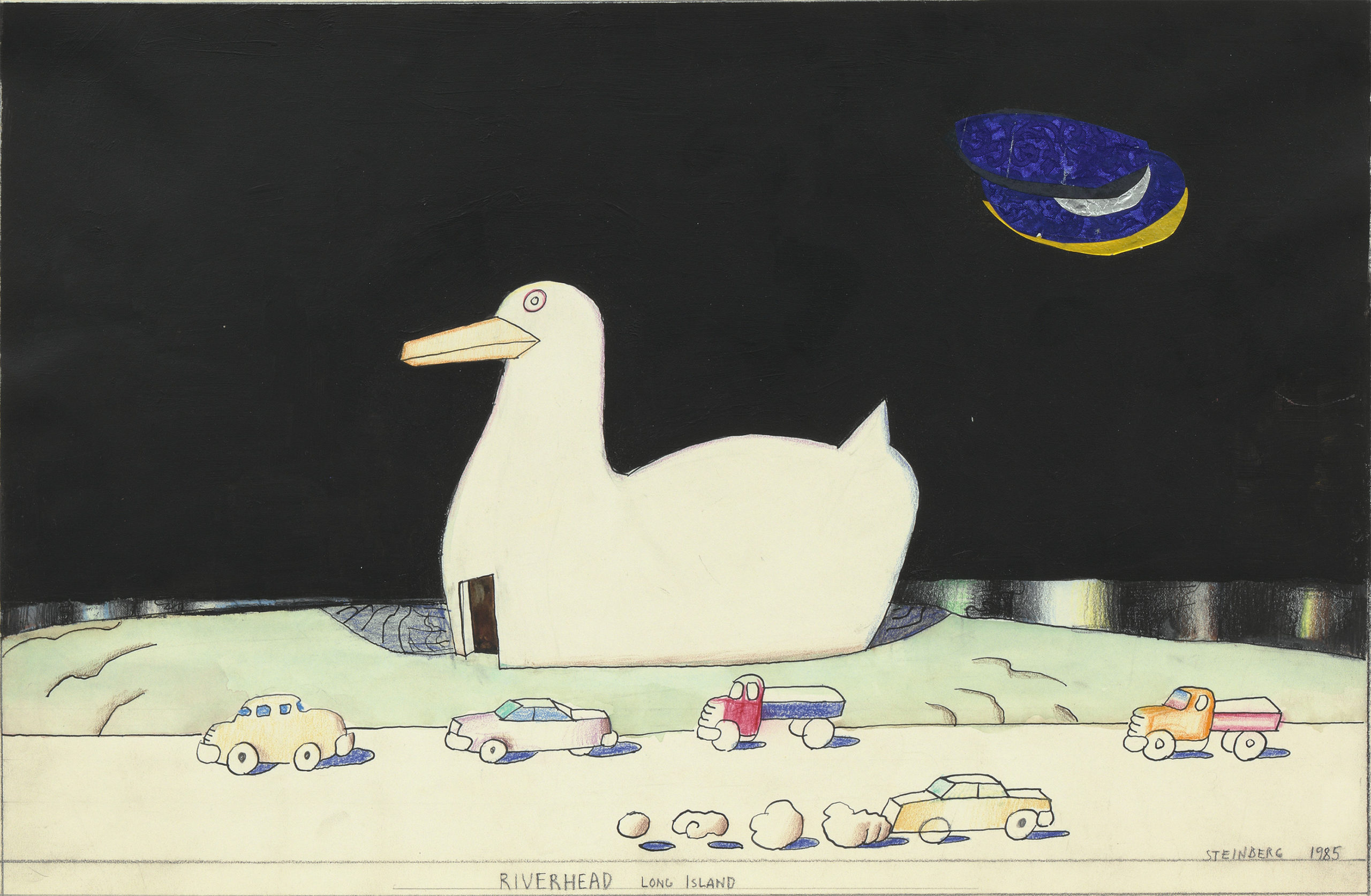 On Friday, November 20, Pace Gallery in East Hampton is opening “Saul Steinberg.” The solo presentation by the celebrated artist and longtime East End resident will include 21 works highlighting his unique style that was shaped by his experiences as an immigrant, New Yorker, and observant traveler. The exhibition brings Steinberg’s work to the Hamptons community, where he created many important works and will be on view through January 17, 2021.

Born in Romania in 1914, after emigrating from Europe to the United States in 1942, Steinberg quickly became dear to a broad American public through his numerous drawings and covers for The New Yorker. At the same time, he became part of New York’s avant-garde art circles and earned much critical praise for his sharp-witted and cerebral experiments with drawing, photography, collage, and sculpture. Testaments to his depth as a modernist artist, his works often ingeniously repurpose the stylistic codes of Cubism, Futurism, and Surrealism, among other movements. Aside from mining art and history, his self-aware images often meditate on the paradoxes subtending daily life and societal norms, eliciting a state of critical contemplation from his viewers.

Humorously insightful as well as deeply philosophical, the 21 works in this presentation depict everyday life and well-known public locations, as exemplified by “Union Square” (1982), “Chicago” (1952), and “Paris” (1984). As a whole, they convey Steinberg’s unique, worldly perspective, shaped by his experiences as an immigrant, New Yorker, and observant traveler both within and outside of the United States. The exhibition also features Steinberg’s “Riverhead, Long Island” (1985), which conveys the artist’s singular view of Long Island while evincing his ability to reimagine the local landscape through his personal lexicon. In fact, after acquiring his home in Amagansett in 1959, especially verdant locations such as Louse Point, became a continuous source of inspiration for his work. Beginning in 1966, Steinberg would spend increasingly more time in the area, adding a studio to his Amagansett house in 1973. There, he drew scenes of daily life in “the country” as well as portraits of visitors to his home.

Saul Steinberg died in New York in 1999 and during his lifetime, produced drawings, sculptures, photographs, and collages that continue to elicit critical contemplation. Pace Gallery is located at 68 Park Place Passage in East Hampton. For more information, visit pacegallery.com.