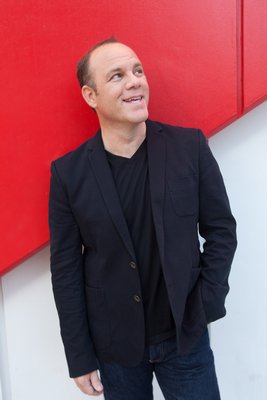 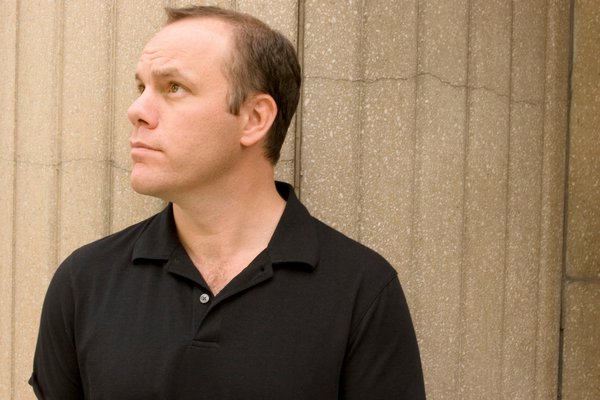 When Tom Papa takes the John Drew Theater stage at Guild Hall on Saturday, July 30, he’ll be coming off the taping of a new one-hour comedy special—and, according to Mr. Papa, there may be no better time to see a stand-up comic.

“As soon as you shoot it, there’s this freedom,” he said of wrapping up a special. “It’s kind of like when you do ‘Letterman’ or ‘The Tonight Show.’ Any recording of yourself, you get so focused, and you’re just working on that set. And then the first set after that is always the most fun, because you feel like, ‘I’m back to the freedom of being able to say whatever I want to say.’”

His Guild Hall show will source a majority of its material from the special, “Tom Papa: Human Mule,” but he said he’ll also have fun and get into his new material that had been set aside.

As Mr. Papa spoke on July 8, he was in Cleveland, Ohio, on the eve of taping his stand-up set for the special. “I’ve been performing here since the beginning of my career, and I have a really good following here,” he said of Cleveland. “I’ve always loved performing here.”

He chose a venue, the Hanna Theatre, where he had never performed before, but in a style he was looking for. “I want this vaudeville kind of theater,” he said.

Two of his previous specials were directed by Rob Zombie, the heavy metal musician and film director whose credits include “House of 1000 Corpses” and “The Devil’s Rejects.”

Mr. Papa’s specials have a much, much lighter tone than most of Mr. Zombie’s works. “He doesn’t want to live on the dark side,” Mr. Papa quipped. “He’s got to come to the ultra-good side once in a while.”

Mr. Papa voiced the title character in Mr. Zombie’s 2009 animated film “The Haunted World of El Superbeasto.” He explained that they met at a wedding, and that led to both a friendship and their professional relationship.

When it came to the stand-up specials, Mr. Papa said that Mr. Zombie was in charge of the look, while he was in charge of the comedy. “I like my specials to have a little bit more of a film feel to it,” he said. However, he likes to leave that job to a director: “It’s enough for me to worry about the jokes and making people laugh. It’s nice to know that all the other details are taken care of.”

This time, the director is Jay Chapman, who has directed many stand-up specials, such as last year’s “Colin Quinn: Unconstitutional” and “Craig Ferguson: Just Being Honest.”

Though he has made several, Mr. Papa is not a fan of hour-long specials, himself. He thinks that an hour is an extraordinary amount of time to listen to just one person.

His Guild Hall show will be more than an hour, but he finds that live performances are much different from televised stand-up. “There’s an energy and you kind of ride it,” he said. “You can actually play with the audience. It’s a different kind of experience.”

Mr. Papa is originally from northern New Jersey, and he got his start in stand-up in New York City.

“I always wanted to do it as a kid, once I learned who Steve Martin and George Carlin were, and that these were grownups who actually did this for a living,” he said of stand-up. “I always had my eye on doing it. And then when I got out of college, I tried to start acting a little bit, but it was hard to get parts. And I realized: Just look in the Village Voice—all I had to do was bring a couple friends to sit in the audience, and I could get on stage in the New York comedy clubs.”

But he could only keep that up for so long. “You’re gonna run out of friends, and you’re gonna need the clubs to think you’re good enough to put on without them.”

Apparently, he was good enough, because he was hired by club managers to host comedy shows and was eventually noticed by Jerry Seinfeld at the Comedy Cellar and Stand Up NY. Mr. Seinfeld invited Mr. Papa to open for him on the road, and they have worked together on many projects since, such as the film “Bee Movie” and the NBC show “The Marriage Ref.”

They remain friends. In fact, whenever Mr. Papa has been to the Hamptons before, he was visiting Mr. Seinfeld in East Hampton.

“It’s similar to, like, the beach communities I would go to as a kid, where it seems like there’s a really cool part—like clubs and beautiful people—that I hear about and never visit,” he said. Being a parent, his experience in the Hamptons consists more of “sandcastles, corn on the cob, and getting your kids to bed at 9 p.m.”

He now lives in Los Angeles with his wife, Cynthia, and their two daughters, ages 11 and 14. Both his immediate and his extended family are a wealth of material for his comedy. “I talk a lot of family, and when I say ‘family,’ I talk about my family and how it relates to the world,” he said.

It was through family that he found comedy: all the stories his crazy aunts and uncles and grandparents told. Most of his family members are okay with him joking about them, but not always.

“It’s funny who gets sensitive about it,” Mr. Papa said. “My wife, I could say anything about her and she just laughs. I made one joke about my father on ‘The Tonight Show,’ and ... he still can’t let it go.” He laughed at the notion that his father is a “big, gruff guy who’s worried about his image.”

In talking about family, he gets into how having kids changes a marriage. “Romance is the thing that gets you into a relationship, but after 15 years—mortgage, car payments and kids—there’s not time for romance. You ultimately become business partners in a horrible nonprofit organization. Doing a lot of good work—a lot of love—but it’s not really about romance so much,” he said with laugh.

It’s an observation he made in the 2012 special “Tom Papa Live In New York City,” which is currently available to stream on Netflix. His podcast, “Come to Papa,” is available on iTunes and tompapa.com.