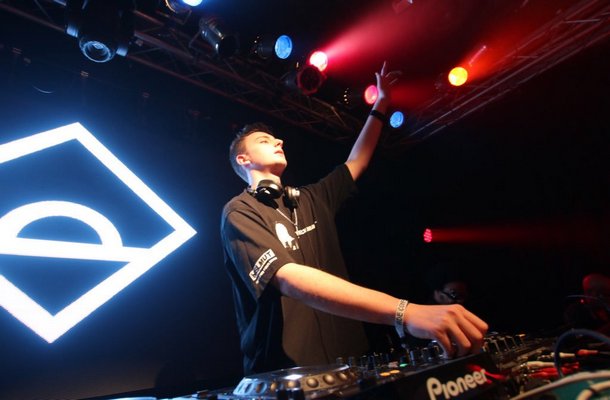 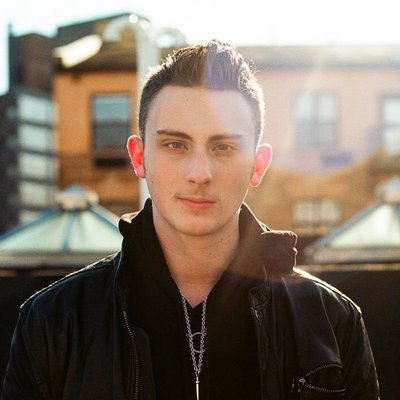 Aiden Jude playing at a venue in front of a crowd. AIDEN JUDE

Though 15-year-old Aiden Jude and his family made the decision to move from the hustle and bustle of Manhattan to the relatively sleepy village of Sag Harbor two years ago, the music keeps bumping on the stereo, and it’s getting even louder.

“I sat down two nights ago, and I was in a sort of melancholy mood for no reason, so I just made a whole song from top to bottom in a few hours,” Aiden said. “I think those are the moments you reach those emotional parts of yourself—when you sit down and you didn’t necessarily have any vision in mind for the project. You just start making something.”

Aiden is not like most 15 year olds. Beginning his career at the tender age of 10, Aiden, a DJ, producer and music engineer, has already toured at clubs and festivals nationally and internationally, had his song peak on the Billboard chart, gained 222,000 followers on Spotify, and is with Crowd Music Group, an electronic dance label.

Aiden now operates his second studio in what was formerly the Apple Bank drive-through off Sag Harbor’s Main Street. There, he has everything he needs to produce music—including guitars, a keyboard and a laptop.

Closer to his new home, Aiden has recently been hired to display his musical talents with gigs at East End venues like Montauk’s Memory Motel—made famous by the 1976 Rolling Stones song of the same name—and The Montauk Beach House.

Aiden’s first song, “Tonight,” featuring the singer Nafsica, was a hit in the summer of 2014. The song launched Aiden onto Billboard’s Dance Club Songs chart, where it peaked at number 40, alongside music by superstars like Lady Gaga, Beyoncé and Katy Perry.

Even at the age of 10, Aiden’s musical skills and tastes were already well-seasoned.

“Music is just kind of in my blood,” Aiden said. “I came out of the womb listening to Pat Metheny and all kinds of jazz musicians.”

Aiden’s father, a jazz musician himself, had owned a small studio in Manhattan where he brought in artists and an audio engineer as a passion project. Yet, little did he know the impression this small studio would have on his son, who often retreated there during his elementary school years to do his homework.

It was at that studio where Aiden learned the basics of music production software from the audio engineer.

“As a kid of the 2000s, I was online, going on YouTube and surfing the internet constantly,” Aiden said. “I discovered electronic music, and by the time I was 8 years old, I was hooked.”

Yet, coming onto the electronic dance music scene at such a young age did present its challenges, though Aiden notes that the culture has become more welcoming over the years. “When I first came on the scene it was a little more critical, especially of younger artists,” he said. “I think now it’s become a pretty open scene.”

Since signing with record labels, including his current label, Crowd Music Group, Aiden has visited many parts of the world, including Mexico, the United Kingdom and Israel, where he was able to play his own original tracks and mixes of other works for large crowds at festivals and clubs.

There are “thousands of people in the crowd, and you’re doing the ‘hands in the air’—that is the most fun,” Aiden reflected.

Frequenting adult settings, such as clubs, festivals and studios, and running a business has made Aiden more mature than many of his peers. He attends high school online and has created a circle of mostly adult friends.

“It forces you to mature quicker, because you’re dealing with an increased level of stress and workload that most people your age wouldn’t be dealing with,” Aiden explained.

As for future plans, he hopes to attend college online to “get the paper” and to continue growing his business in what he loves to do most—create music. In terms of his life now in Sag Harbor, Aiden said he is looking forward to growing his brand with a pop-up shop at the studio.

“Dance music in itself is all about equality, peace, love and unity,” he said, “and that’s the whole premise of what the culture is based on.”