These Are 'Graphic Times' For Jules Feiffer - 27 East 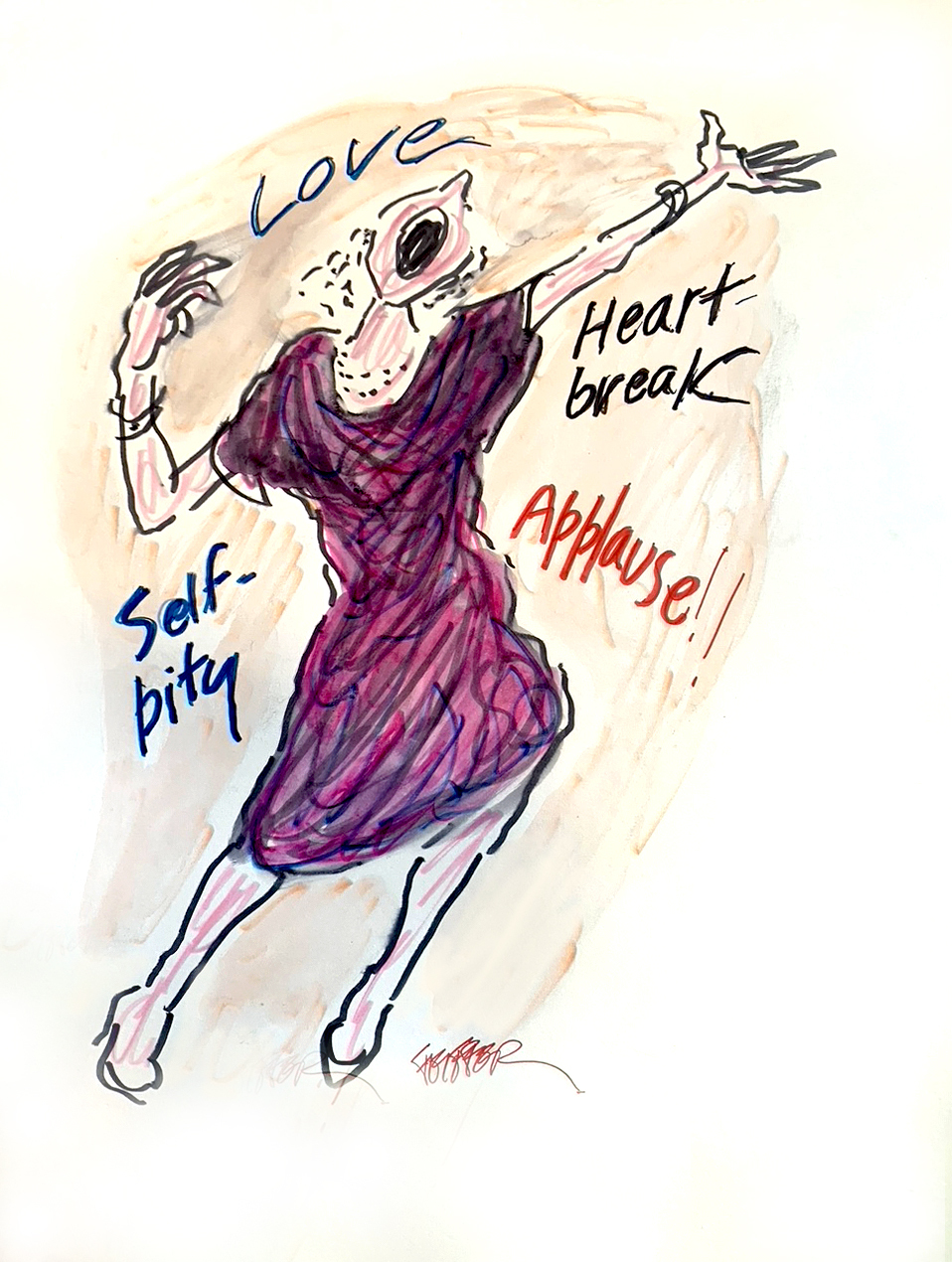 American cartoonist Jules Feiffer is considered the most widely read satirist in the country. In 1986, he won the Pulitzer Prize as a leading editorial cartoonist and one of his most widely read and popular series was the weekly satirical comic strip “Feiffer,” which ran in the Village Voice from 1956 to 1997.

“Graphic Times,” an exhibition of new works by Feiffer, opens Friday, January 22, at Keyes Gallery in Sag Harbor. In light of social distancing, this will be an all-day event running from 11 a.m. to 7 p.m. to celebrate Feiffer and his new works. The show will remain on view through February 12.

Feiffer’s cartoons became nationally syndicated in 1959 appearing regularly in the Los Angeles Times, the London Observer, The New Yorker, Playboy, Esquire, and The Nation. In 1997 he created the first op-ed page comic strip for The New York Times, which ran monthly until 2000, and in 2004 he was inducted into the Comic Book Hall of Fame.

In addition to his cartoon work, Feiffer has written more than 35 books, plays and screenplays. His sensibility permeates a wide range of creative work, from his Obie-winning play “Little Murders” and his screenplay for “Carnal Knowledge,” to his Oscar-winning anti-military short subject animation “Munro.” Retrospectives of his cartoons and drawings have been mounted at the New York Historical Society, The School of Visual Arts and the Library of Congress. “Kill My Mother,” the first of a trilogy of noir graphic novels, won the Best Graphic Novel Award from the National Cartoonist Society.

The Library of Congress has recognized Feiffer’s “remarkable legacy,” from 1946 to the present, as a cartoonist, playwright, screenwriter, adult and children’s book author, illustrator and art instructor.

He currently lives and works on Shelter Island.

Keyes Gallery is located at 45 Main Street, adjacent to The American Hotel, in Sag Harbor. For more information, visit juliekeyesart.com.