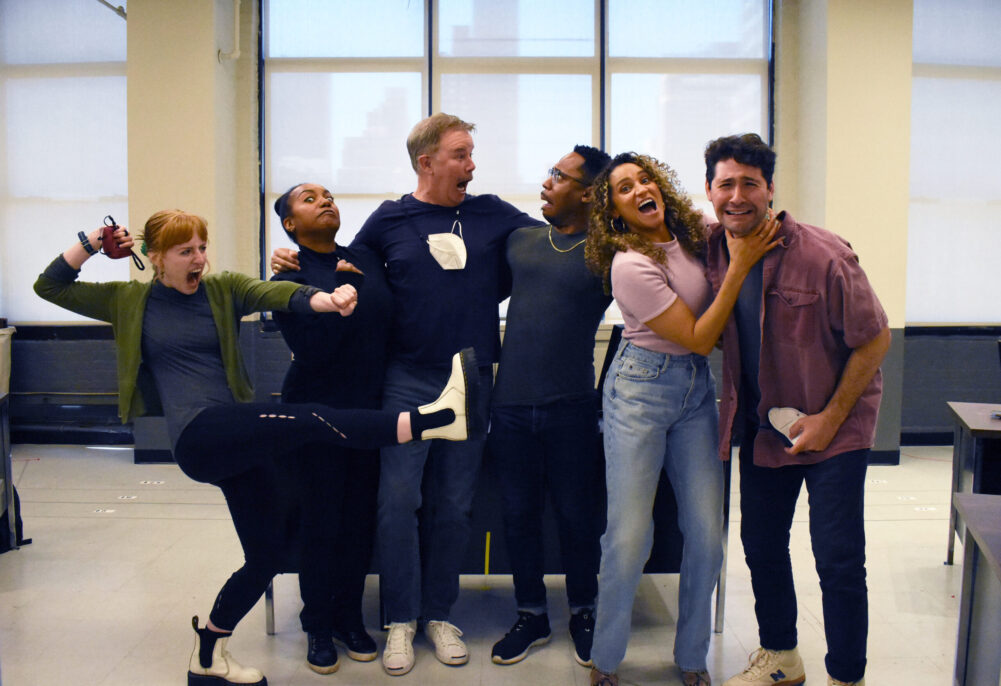 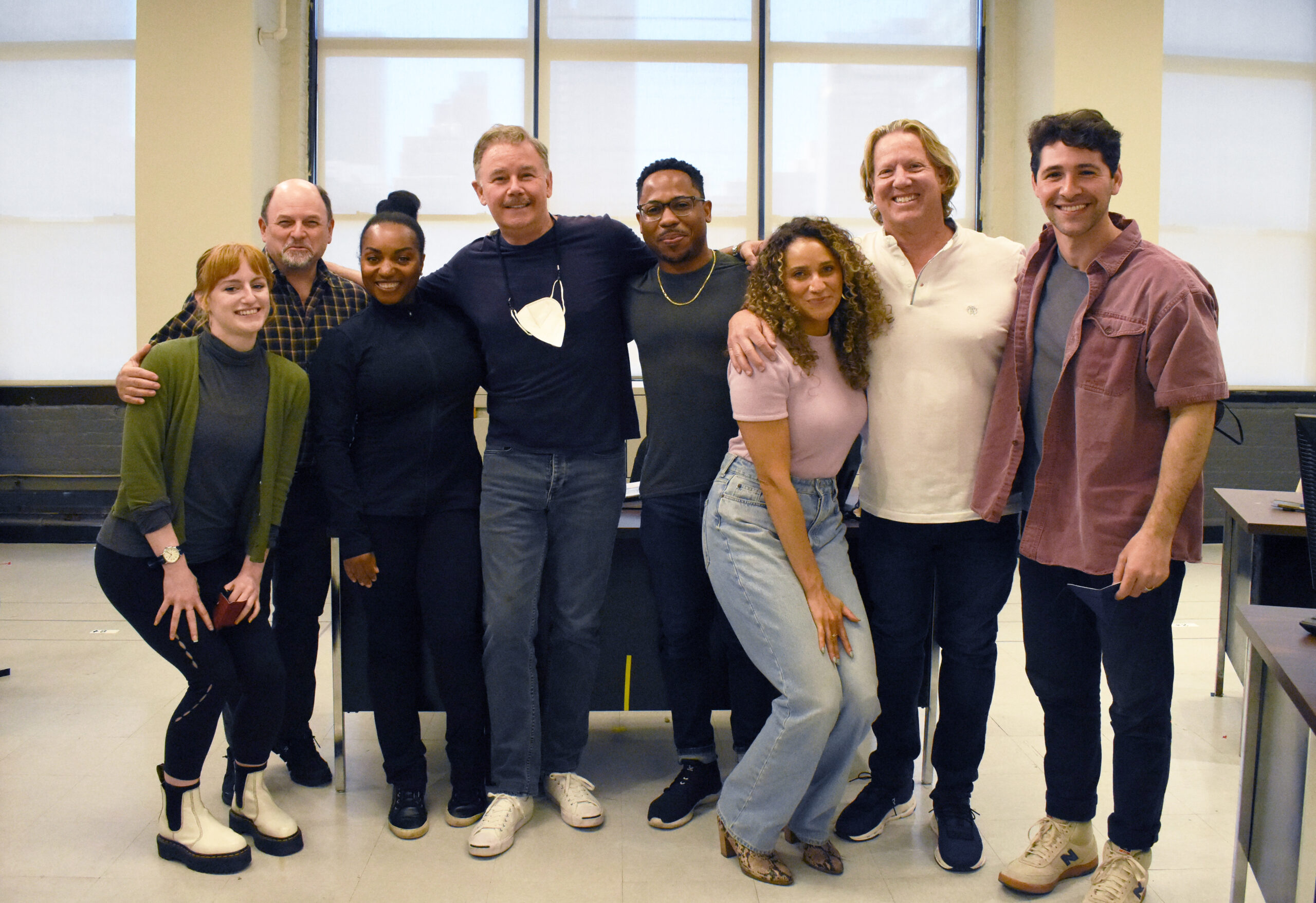 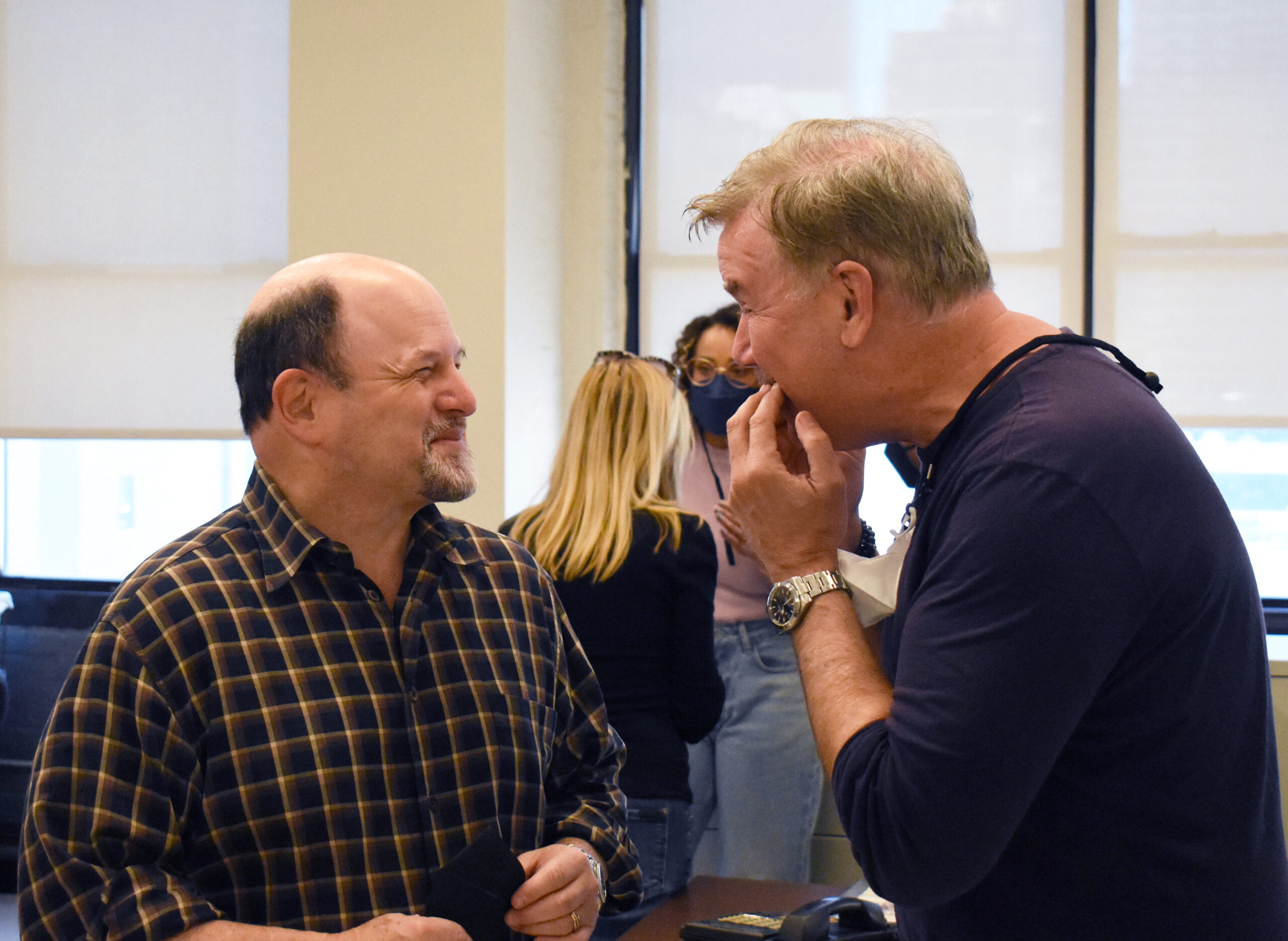 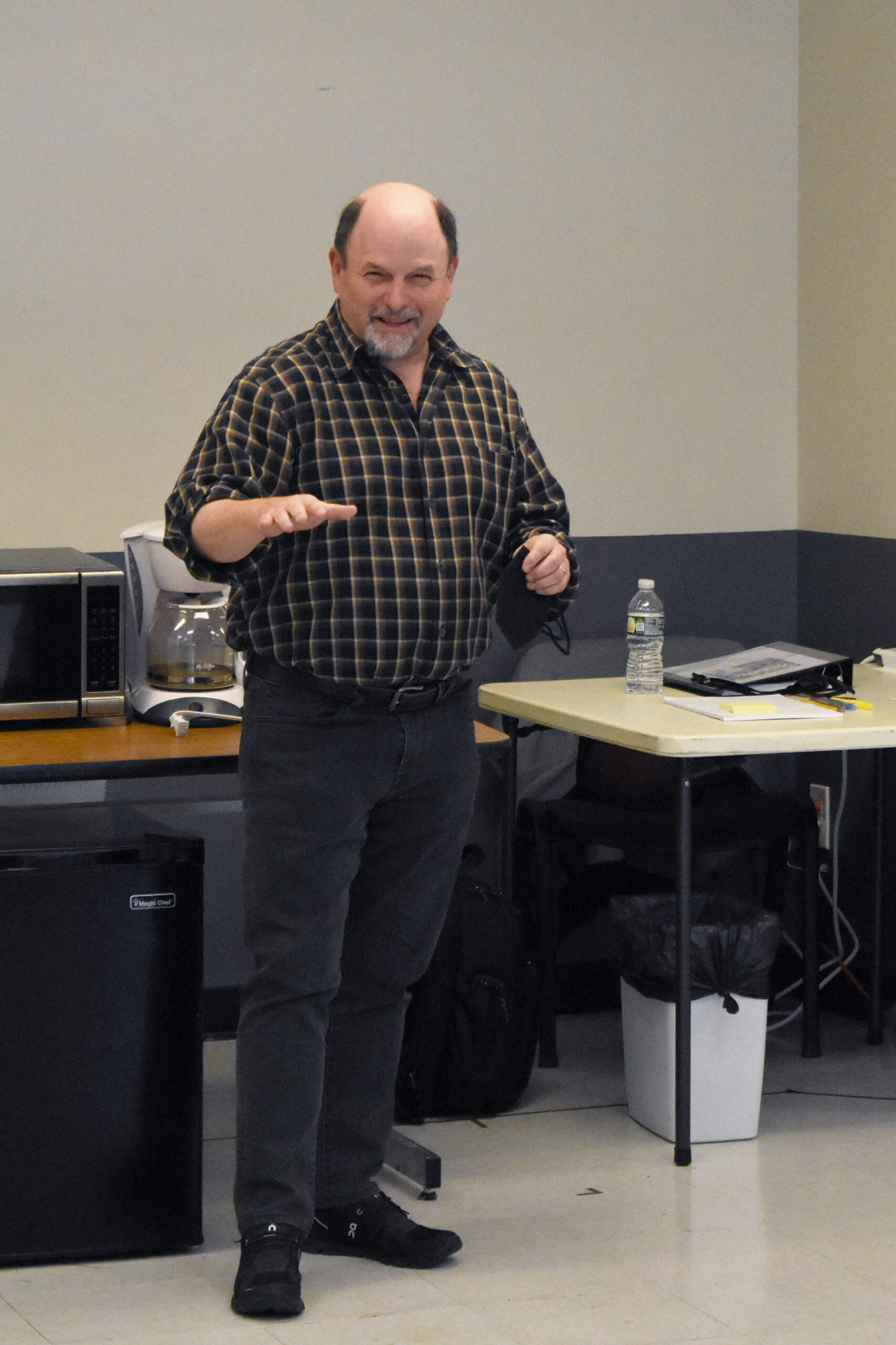 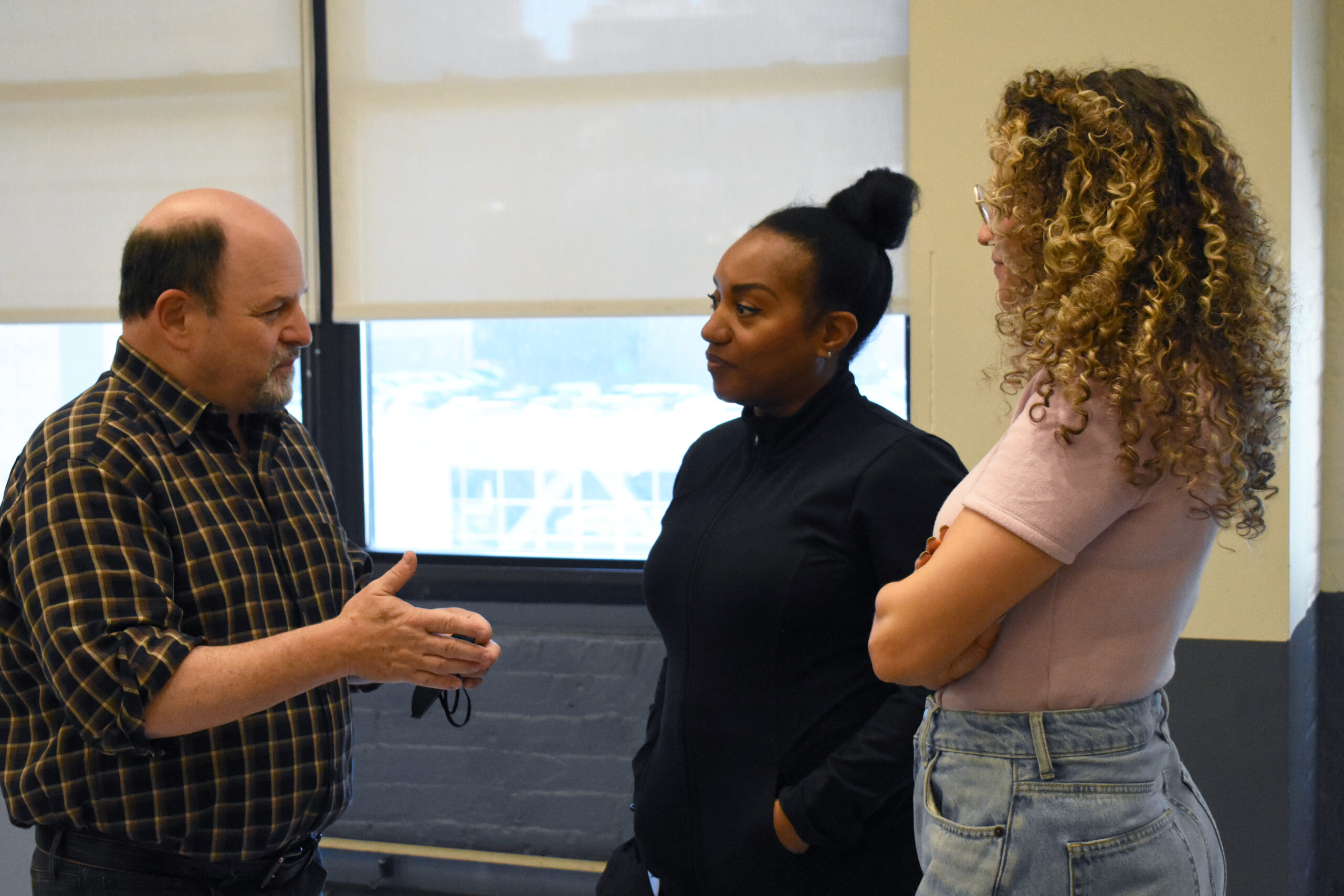 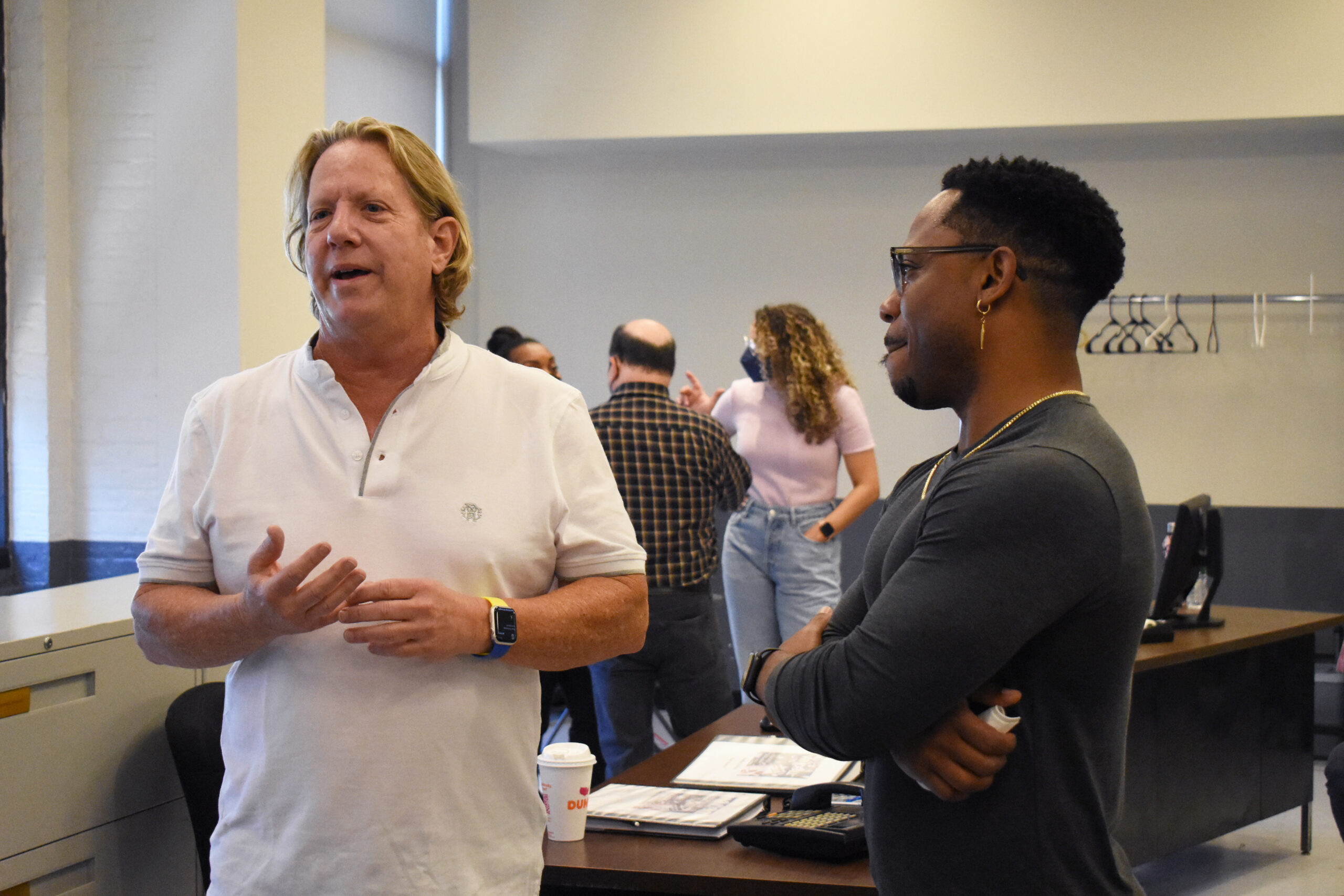 Two years ago, virtually every entertainment venue in the country was forced to shut down as a pandemic swept across the nation. A period of fits and starts followed, with changing rules and questions about where the virus was headed adding to the uncertainty.

It’s definitely been a long haul for theatrical venues, and while few believe that COVID-19 will ever fully go away, given the effectiveness of vaccines and patrons feeling more confident about how to share space safely with others, things are approaching a level of normalcy not seen since 2019.

That’s particularly true on the East End, and after a year-long shut-down of in-person events followed by an abbreviated summer season in 2021, Scott Schwartz, Bay Street Theater’s artistic director, wants audiences to know that live theater is back in the house, literally.

“In thinking about the summer, given the progress made in terms of the pandemic and the fact we want to be back fully doing what we love to do — and give the community and audience a chance to see the work we do — we decided to go for it,” Schwartz said during a recent press event held at the theater to announce the season’s lineup. “I felt this summer should be a blowout summer. We’re shooting for the stars and having a great time and not holding back.”

But, Schwartz noted, Bay Street is bringing back live theater with an eye on safety and almost daily COVID-19 testing for its cast members.

“We’re very interested to see how audiences are feeling,” Schwartz said. “The signs are positive, as ticket sales are exceeding where we expected to be. The most important thing is to give everyone the most exciting summer we can.”

It’s a summer that kicks off with the East Coast premiere of “Windfall,” a new comedy by Scooter Pietsch that is being directed by Jason Alexander, aka George Costanza of “Seinfeld” fame. Set in Columbus, Ohio, “Windfall” tells the story of five office workers who suffer under their maniacal boss. To escape his wrath, they pool their resources to take a chance on a $1 billion lottery jackpot, but the prospect of winning brings out the worst in these friends. Previews start May 31, opening night is June 4 and the play runs through June 19.

“We were scheduled to do ‘Windfall’ in 2020 before the pandemic,” Schwartz said, explaining that a few years ago, a commercial producer sent him two plays written by Pietsch. “He said, ‘I believe in this writer, you should know him for Bay Street.’”

One of the plays, “Cocktail Party,” was presented as a reading as part of Bay Street’s 2017 New Works Festival, though Schwartz felt it wasn’t a good fit for Bay Street.

“But ‘Windfall’ sort of stuck with me,” Schwartz noted. “It’s a play about America, and a play about money and greed, the haves and have-nots and the desire to become a have if you are a have-not.”

Schwartz noted that he was recently in New York City, where he sat in on a rehearsal of “Windfall.”

“With Jason Alexander, one of the things I noticed was how the actors give to each other,” said Schwartz. “It was amazing to be sitting there in person.

“This was the first play we settled on for the season. It’s about inflation and families struggling as the rest of the country is doing well economically,” he added. “It felt exactly right to us and it’s just damn funny.”

The second offering of the mainstage season, Nilo Cruz’s Pulitzer-Prize winning play “Anna in the Tropics,” runs June 28 to July 4 and will be directed by Marcos Santana. The action centers on a cigar factory in 1929 Tampa, Florida, where the lives of a Cuban-American family are challenged by the temptations that surround them. Romance, lust and jealousy collide as the family confronts the discontent in their lives and modernization threatens to dispel traditions they hold dear.

“It’s a beautiful play,” Schwartz noted. “I saw the original production on Broadway in 2003, it was so magical and surprising. The family hires someone from Cuba to be the lector, who reads books while they are working in the factory, and he reads ‘Anna Karenina.’ It’s an extremely passionate play about changing relationships and very romantic.”

Schwartz said there were two reasons why he thought “Anna in the Tropics” would be a good choice for Bay Street.

“It’s a damn good play, and it’s about a summery community,” he said. “Marcos Santana, who was the choreographer on our productions of ‘Evita’ and ‘Camelot,’ will direct this. He brought this to me last summer and we have an entirely Latin team for the show.”

The final play of Bay Street’s 2022 mainstage season will be the musical “Ragtime,” with music by Stephen Flaherty, lyrics by Lynn Ahrens and a book by Terrence McNally. The production, which runs August 2 to 28 and will be directed by Will Pomerantz, Bay Street’s associate artistic director, is a musical adaptation of the novel by the late E.L. Doctorow, a Sag Harbor resident. Set at the turn of the 20th century, the worlds of a wealthy white couple, a Jewish immigrant and his daughter, and an African American ragtime musician intertwine in this play about America’s Golden Age when the nation was mixing, boiling and changing.

“There are 17 in the cast, it’s literally the largest production we’ve ever done at Bay Street,” Schwartz said. “I think it’s one of best scores in the last 25 years. It won the Tony, and for folks who liked ‘Evita’ and ‘My Fair Lady,’ I think this fits right into that model. It’s taking a big show and stripping it back to its core to focus on the words and music.”

In addition to the three mainstage plays, also back this summer is comedy, including comedian, storyteller, director, podcaster, producer and actor Mike Birbiglia who will make his first appearance at Bay Street during a six-night run of stand-up comedy from July 11 to 16.

“He’s hilarious, I saw him right after I became a father, and he talked about that,” Schwartz said. “He’s taking this show to Berkeley Rep where he’s workshopping it with a plan to bring it to Broadway. We are a tryout house for him and it’s a chance to see something first.”

Also on the humor front are a trio of top names who will perform at Bay Street’s Comedy Club this summer — Paula Poundstone on May 28, Colin Quinn on June 25, and Preacher Lawson on July 30. Bay Street will also bring back Music Monday cabaret performances beginning July 18 with 90-year old Marilyn Maye, followed by Lillias White on August 8, Ali Stroker — who won a Tony in 2019 for her portrayal of Ado Annie in “Oklahoma”— on August 15. On August 22, Music Mondays will present a special concert presentation of “The Great American Mousical,” a new musical directed by Julie Andrews based on a children’s book which she penned with daughter Emma Walton Hamilton, a Bay Street co-founder. The series will conclude on August 29 with Kyle Barisich and friends offering “Sip & Sing Live.”

Rounding out the season will be summer theater camps for ages 4 to 17, which will be offered outdoors at the Sag Harbor Whaling and Historical Museum from July 5 to August 26. Bay Street will also host its internship program with college students from around the country taking on various roles in the theater, and participating in workshops with professional actors like Harris Yulin and Bob Balaban. At the end of the season, the interns will present their own production of the Gregory S. Moss play “Indian Summer” from August 25 to 27.

Finally, in a marked departure from the pre-COVID model, rather than returning to the large fundraising gala this summer, Bay Street will host a series of smaller dinner parties and two intimate events at Topping Rose House in Bridgehampton for just 60 people.

Taken as a whole, the offerings this season add up to a much anticipated return to show business as usual for the cast, crew and audiences at Bay Street Theater.

“What I try to do as artistic director is to give audiences a broad range of theater,” Schwartz said. “If you come to the first play, you’re not going to see that again in the second or third one. I’ve been here nine years and I’ve gotten to know the taste of the audience. We want to make sure you get this wonderful smorgasbord of what theater can be each summer.”

Bay Street Theater is on Long Wharf in Sag Harbor. For tickets and information about all the upcoming events, call 631-725-9500 or visit baystreet.org.