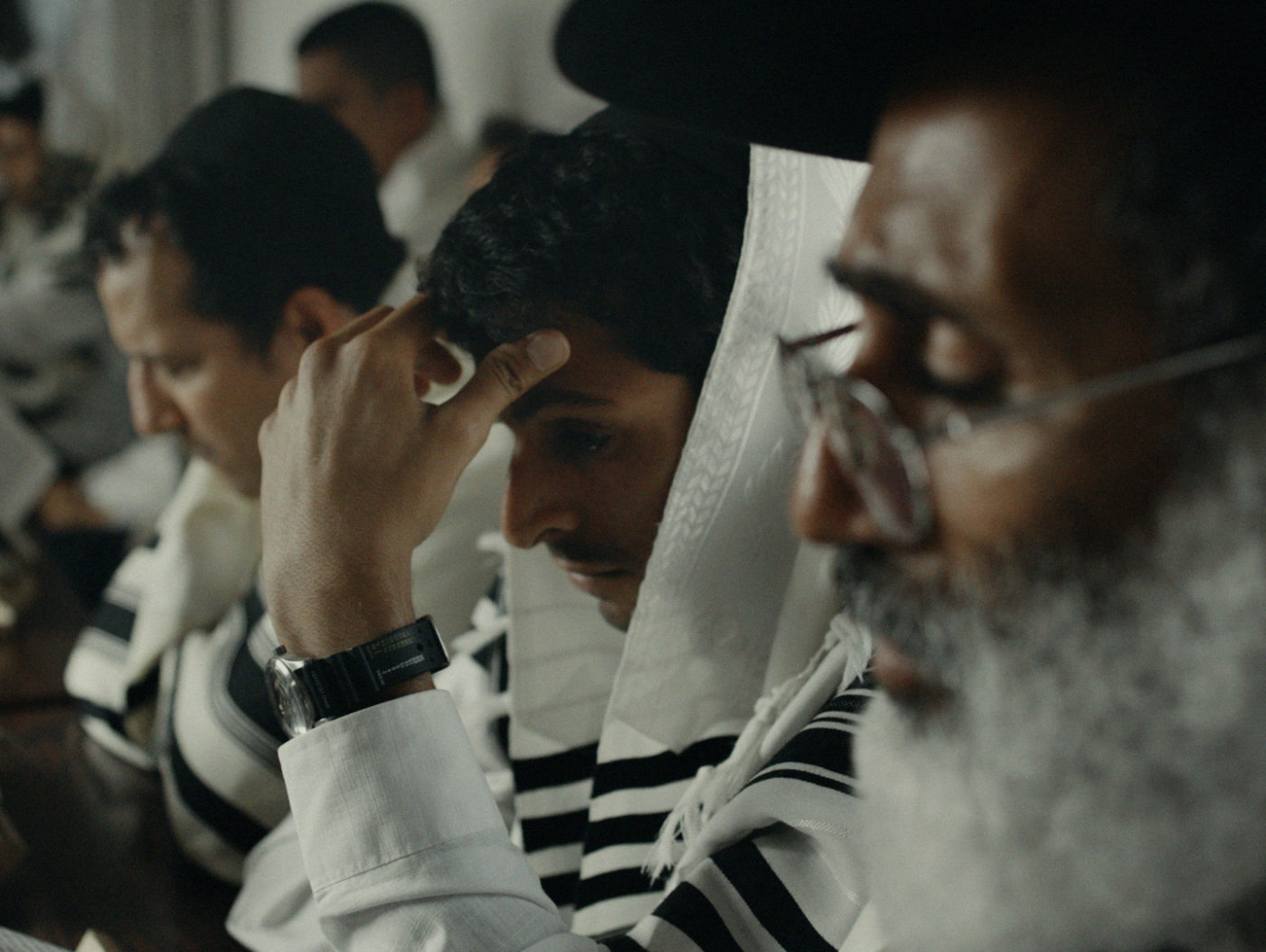 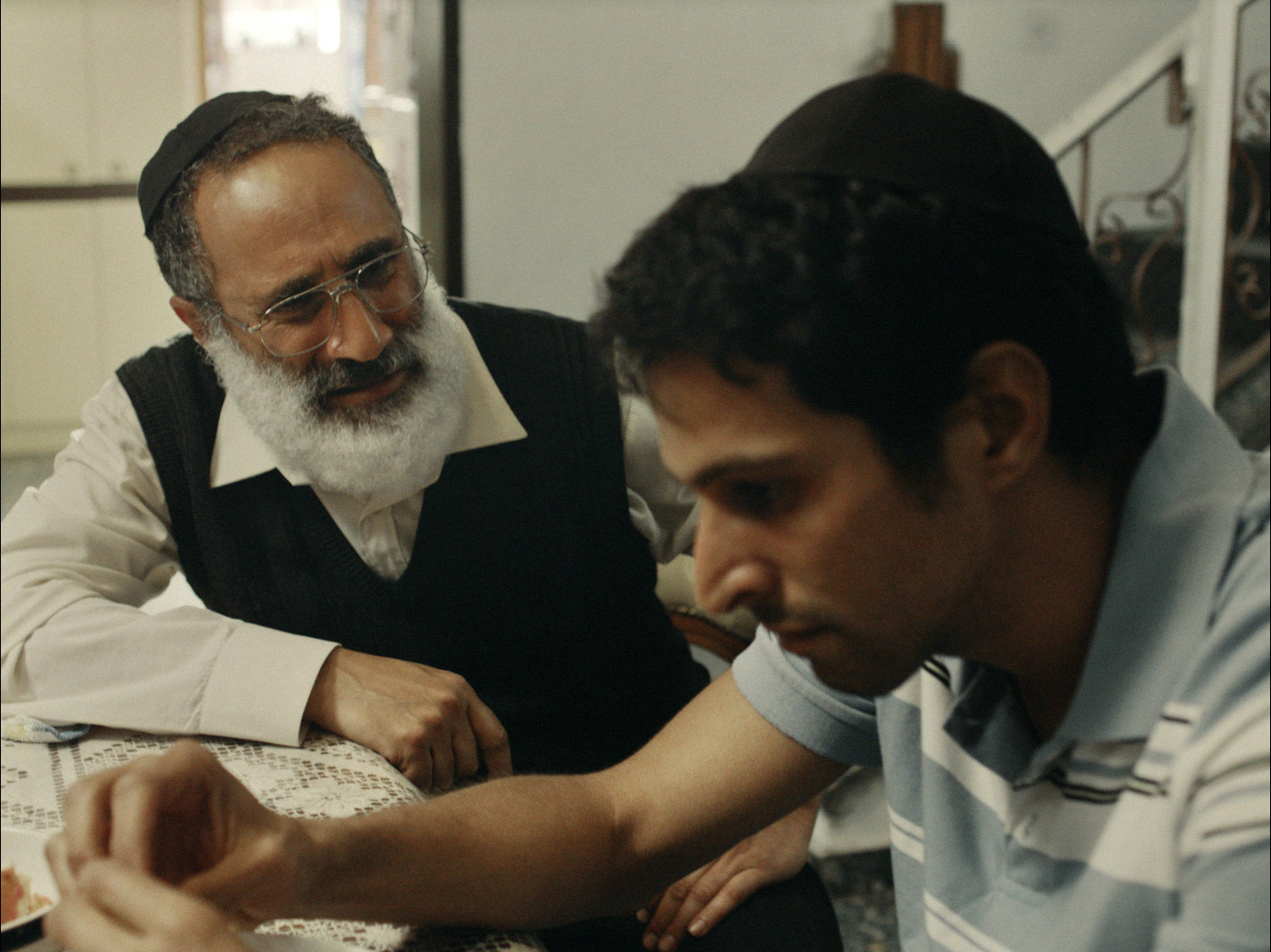 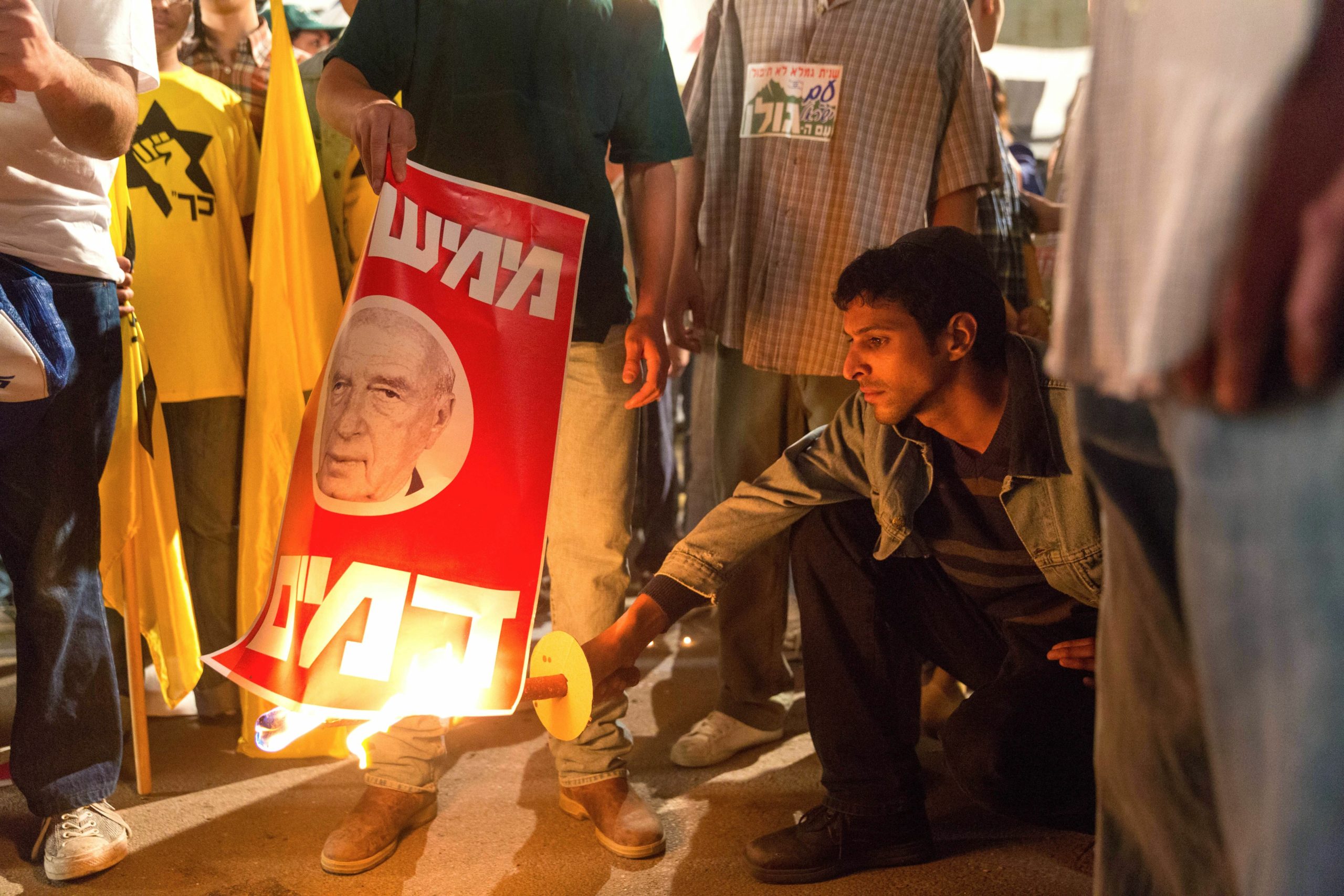 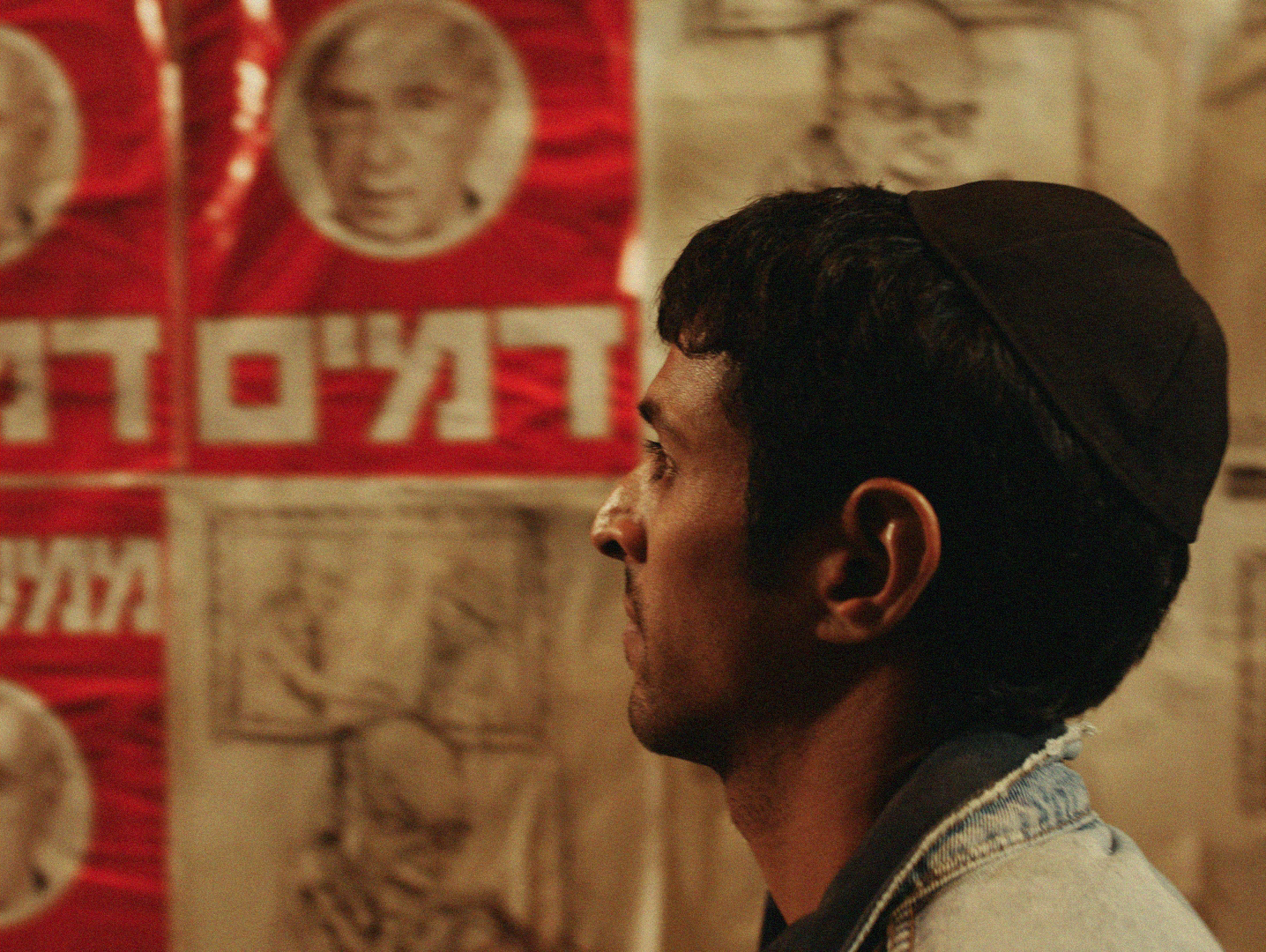 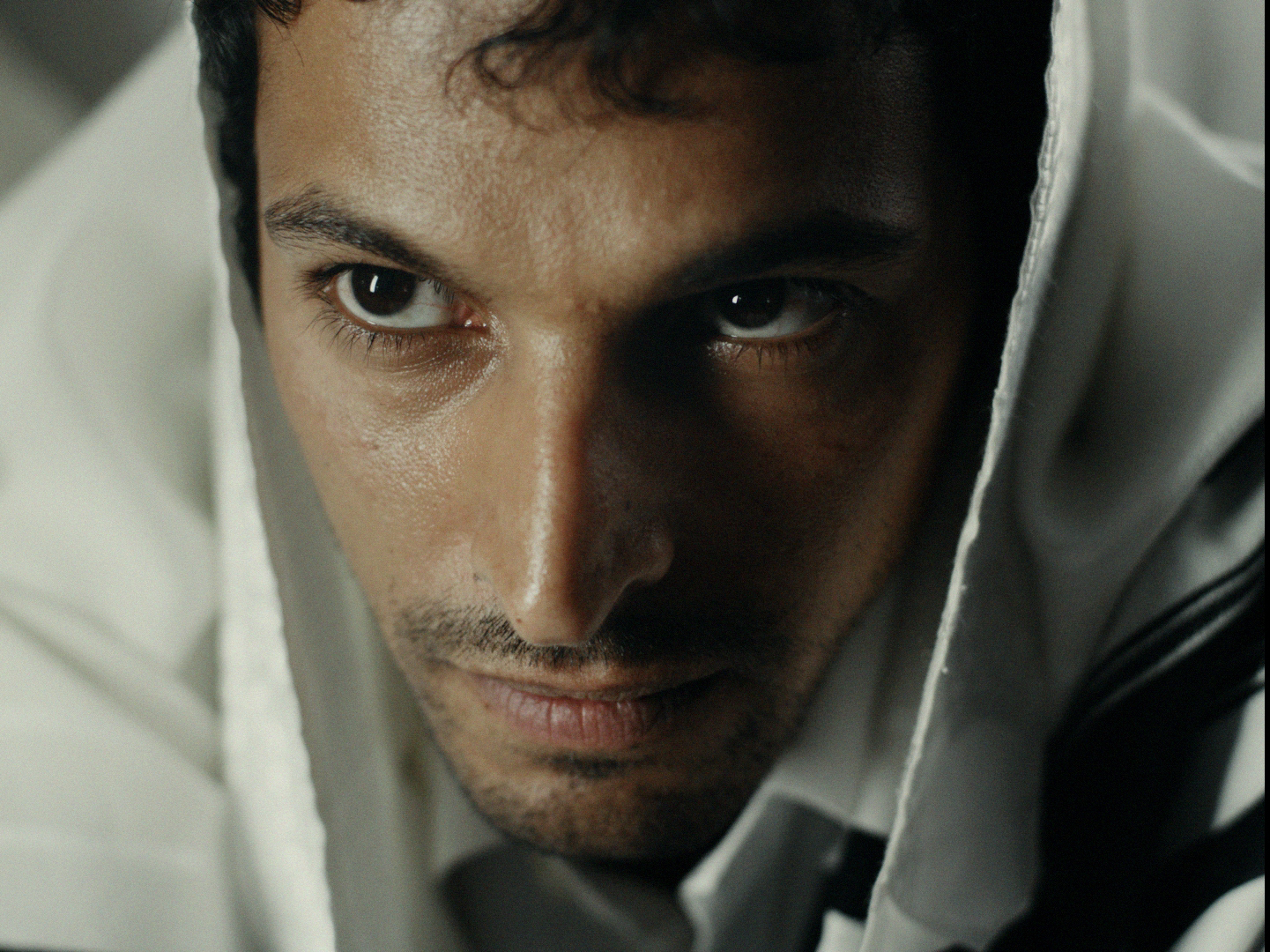 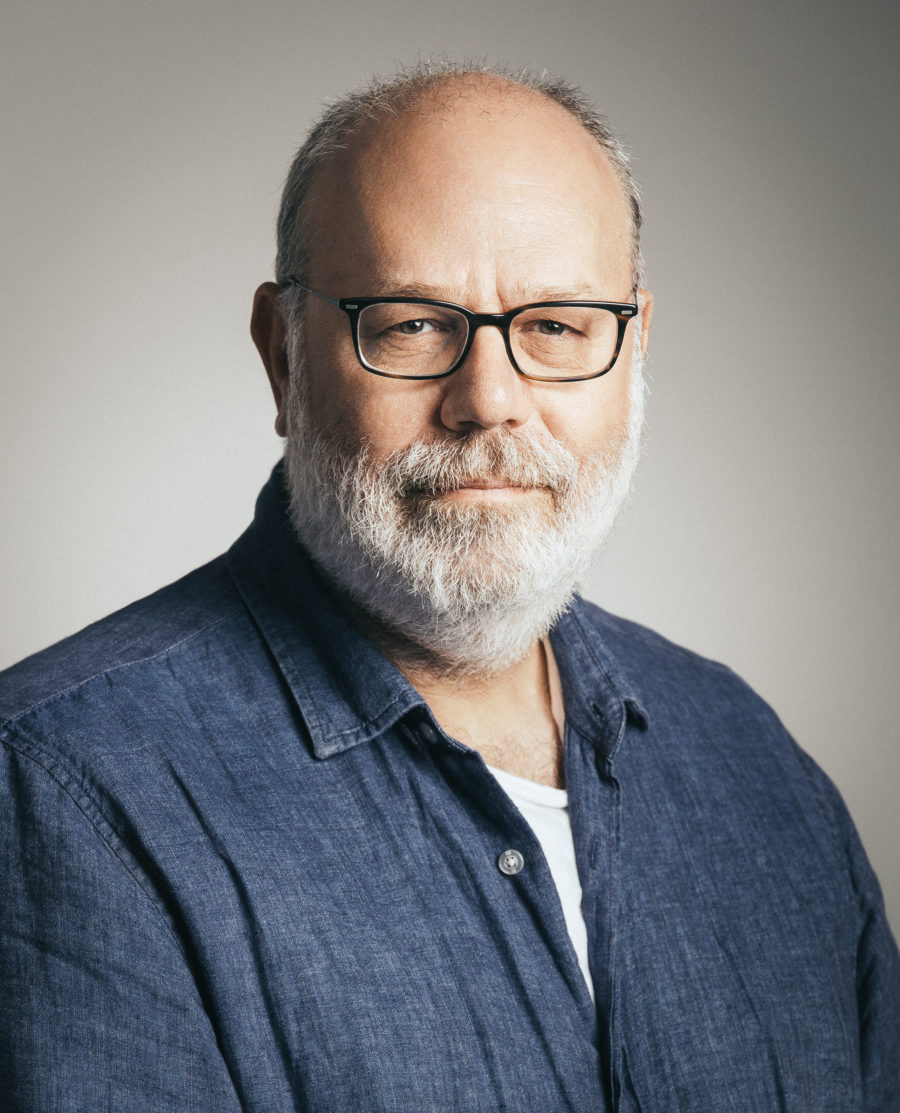 Yaron Zilberman, director and co-writer of the film "Incitement." 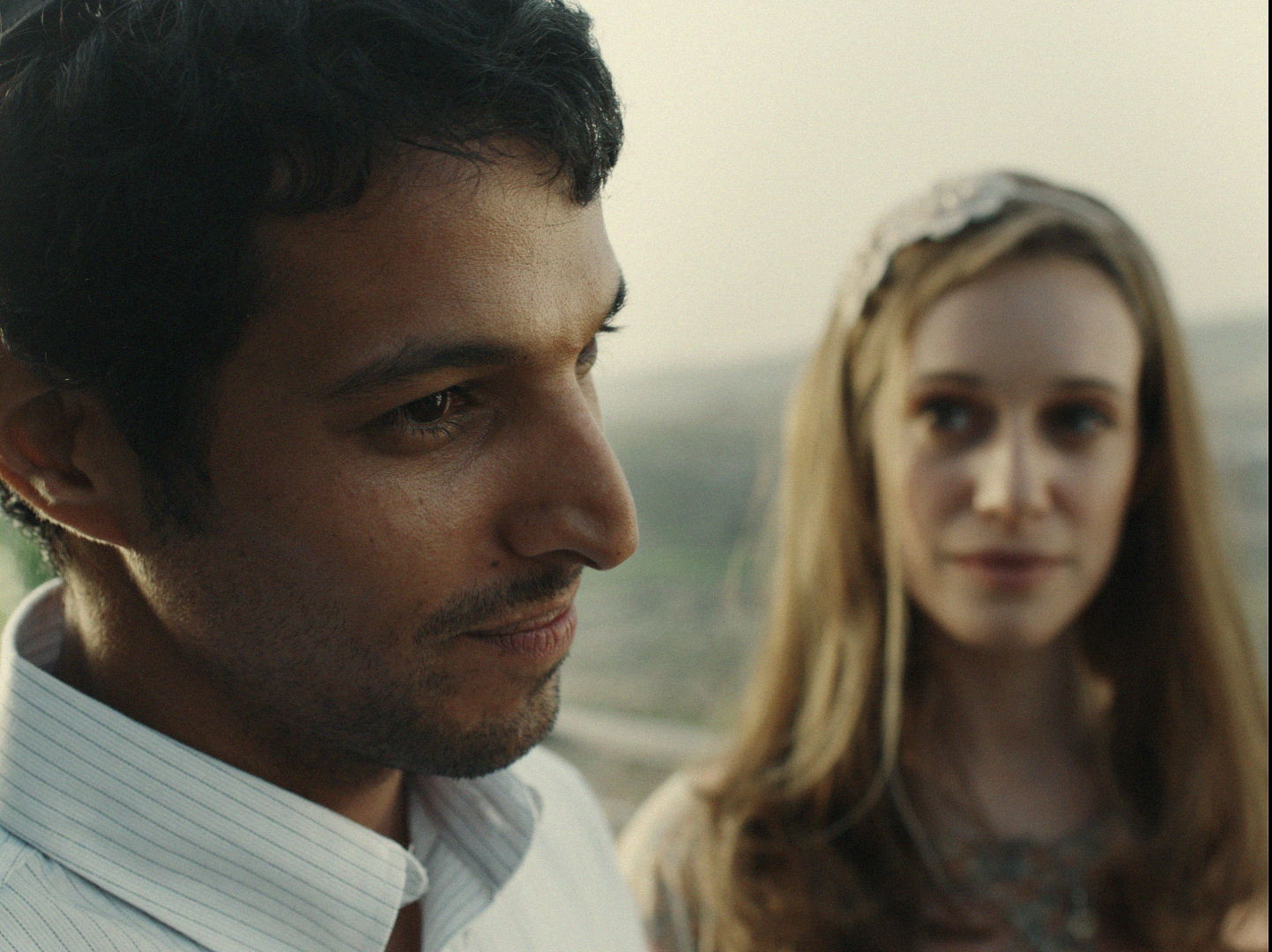 Yehuda Nahari Halev as Yagil Amir and Daniella Kertesz as his girlfriend, Nava, in a scene from Yaron Zilberman's film "Incitement."

On November 4, 1995, Yagil Amir, a devoted Orthodox Jew and a law student at Bar-Ilan University in Tel Aviv, assassinated Israeli Prime Minister Yitzhak Rabin by firing three shots into his back. The murder occurred following a rally at Tel Aviv City Hall in support of the peace process which had been negotiated as part of the Oslo Accords between Rabin, representing Israel, and Yasir Arafat, chairman of the Palestine Liberation Organization.

Rabin’s assassination was shocking, and the fact that it had been carried out by an observant Jew was even more so. But the truth is, while many Israelis supported Rabin and the peace process, many others did not — including Amir. The killing of Rabin was well documented and even caught on videotape, but what is less known is the backstory of Yagil Amir, an Israeli-born Jew of Yemeni descent who, over time, became more radicalized, eventually envisioning himself as a vessel to carry out God’s necessary work as outlined by ancient Jewish law in the Torah.

The story of Yagil Amir and the events leading up to Rabin’s assassination are revealed in “Incitement,” Yaron Zilberman’s new film which will be screened at Guild Hall on Saturday, January 25, by HamptonsFilm as part of its “Now Showing” series.

In a recent phone interview, Zilberman, who was born in Israel and now lives in New York City, talked about the film and why he wanted to tell the story of Yagil Amir.

“The killing of Rabin was a national and personal trauma,” he explained. “The fact it was a religious person using religious justification was crazy and unexpected. That trauma led me to the will and means to make this film.

“It’s my way of discussing this,” he added. “In terms of how important it is today, there’s an attack on democracy. That’s what it is when you shoot the prime minister. We’re living in a state of constant attack on democracy in Israel and everywhere. It’s timely and important, and a reminder that it’s something we need to discuss.”

To raise the level of discourse and understanding of the events surrounding Rabin’s murder, Zilberman decided to tell the story from the point of view of Amir, and throughout the film viewers follow him in his daily life as he begins to become radicalized and more extreme in his views, whether at prayer meetings with various rabbis or as he watches news reports of Israeli/Palestinian violence on television.

“We can see what affected him and led him to murder the prime minister,” noted Zilberman. “That’s what was interesting for me and my co-writer — Ron Leshem — first of all, to see all these forces and how he meditated, analyzed and acted on them. Secondly, we gain a lot of insight and learn from his actions.”

Though “Incitement” is Zilberman’s third film, it’s the first in which he has created a narrative arc that documents real-life events. The film details Yagil Amir’s shifting demeanor as he loses his girlfriend because of his extreme beliefs and begins to grow even more fanatical through his interactions with family, rabbis and peers on his college campus. For that reason, Zilberman felt it was imperative that the character of Amir (portrayed by Yehuda Nahari Halevi who has been nominated for Best Actor in a Leading Role in the Israeli Ophir Awards for his performance) be based on truth and what could be gleaned through extensive research and interviews with friends, family and even Amir himself who is now serving a life sentence in an Israeli prison.

“The subject matter was so important, I wanted to make sure the film would be accepted in terms of its truthfulness in relation to what happened,” Zilberman explained. “I limited it to what I had learned in research instead of using my imagination. In previous films, I invented the whole story in a way, but making something based on research is harder. It’s my imagination, but with strict confinement of what you learn.”

To that end, four years were spent researching the events and Zilberman read every word Amir said about the assassination. He also studied the details of Amir’s police interrogation and every piece of information that was relayed in court.

“In two cases — the court proceeding and the national inquiry — there are hundreds of pages of him talking about what happened and his usage of words,” said Zilberman. “In addition, we spoke to him on the phone in jail. There were hundreds of hours of conversation and we learned so much about him and his demeanor. We also spoke to family, including his mother and brother.”

Zilberman notes that in order to maintain his perspective as the film’s director, the prison interviews were conducted through a mediator who, like Amir, was also religious.

“It was easier for them to communicate and I felt it was better for me, too, to not fall under the influence of the situation,” Zilberman explained. “That was an important distance I took. But while he was being interviewed, I was still texting questions.”

When asked what those direct interviews with Amir revealed about his character, Zilberman said, “He has no remorse and he’s convinced he did the right thing. There’s also no doubt about him doing it, despite nonsense conspiracy theories.

“He also talked about how he reasoned it,” he continued. “At the time, he was very open and wanted to talk about it.”

Zilberman was living in Israel when Rabin was assassinated and when asked where he stood on the Oslo Accords at the time, he said, “I was for the peace and I’m still for the peace. It’s the only way to solve shared problems like that — and they will have to be solved eventually — which is tougher and tougher with the current regime.

“During Rabin’s time, there was a huge hope. No one knows what would have happened had he lived,” he added. “I’m one who believes that peace was achievable.”

When asked if, in the story of Yagil Amir’s fanaticism and the increasing disdain he held, not only for Palestinians but even non-religious Jews in Israel, Zilberman sees a parallel in what’s happening in the U.S. today with the rise of anti-Muslim, anti-Semitic and anti-immigrant sentiment, he says, “Absolutely, I see an equivalent. I see Donald Trump’s inciteful language and inflammatory words and the campaign against immigrants and the whole notion of not denouncing the KKK. All those things promote violence, indirectly.”

Meanwhile in Israel, in the years since Rabin’s assassination Prime Minister Benjamin Netanyahu, a close ally of President Trump, has swung his country decidedly to the right, politically speaking, which leaves Zilberman less than optimistic about the chances for peace in the region.

“I think right now, I’m not hopeful because Netanyahu is sort of part of the right-wing group,” said Zilberman. “But hopefully, it’s not forever, and I hope that change will come. I’ll be glad to have a new dialogue.”

“Incitement” will be screened at 6 p.m. on Saturday, January 25, at Guild Hall, 158 Main Street, East Hampton. The film is presented by HamptonsFilm as part of its “Now Showing” series. Tickets are $15 ($13 Guild Hall members) at guildhall.org.