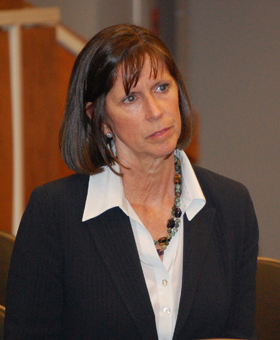 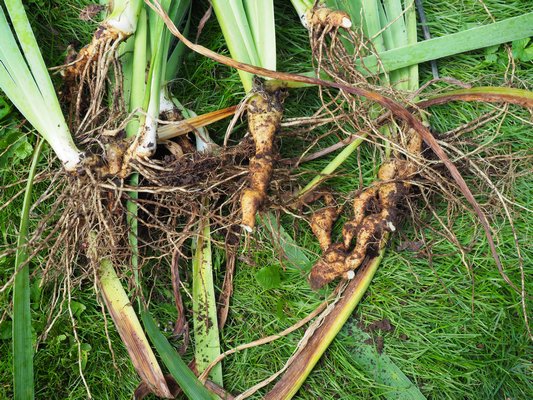 A group of single and double fan divisions with roots attached. Don’t remove the roots but shake free all the soil and cut off any rotted or soft portions of the rhizomes (thick fleshy parts). ANDREW MESSINGER OLYMPUS DIGITAL CAMERA 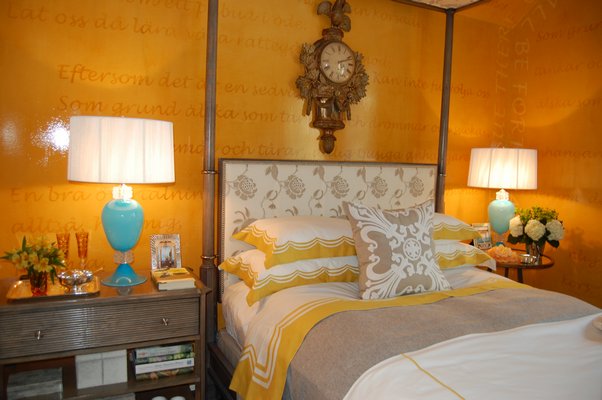 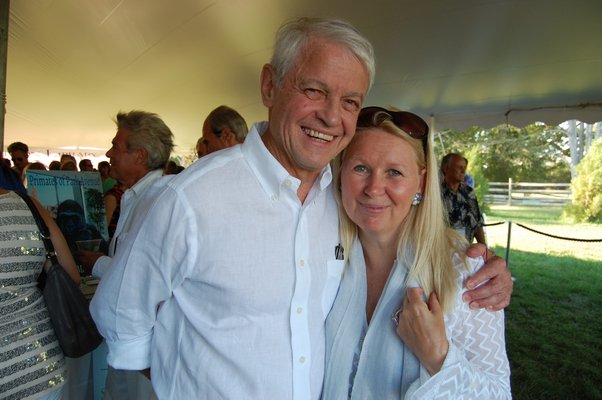 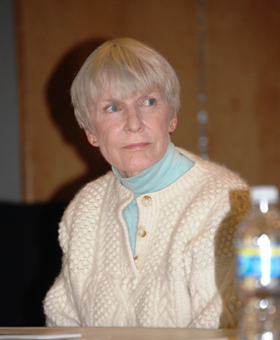 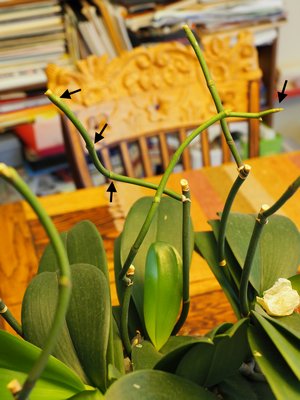 The three arrows on the left show a second-year stem pruned to induce new stem and flower bud growth just above the third internode. Count from the bottom arrow (node 1) up to the top arrow (node 3) and cut one-quarter inch above the third node. ANDREW MESSINGER OLYMPUS DIGITAL CAMERA 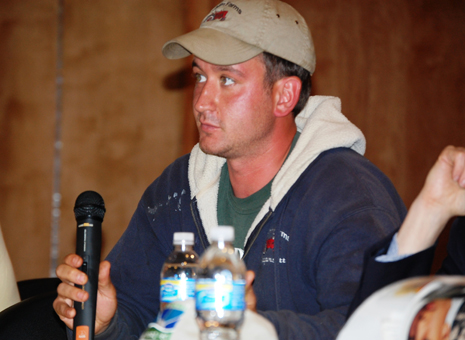 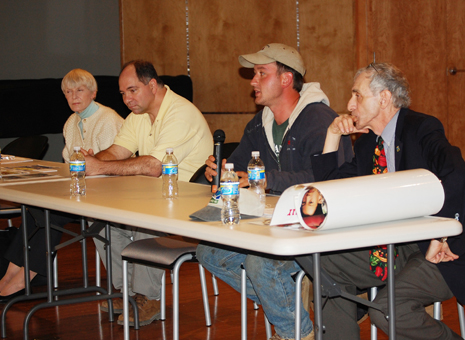 The debate over the creation of a Sunday morning farmers market in Southampton Village continued this week as both sides came together to air out their differences.

Southampton Village Board member Bonnie Cannon is leading the charge for the farmers market, but has run into considerable resistance from some local merchants and farmers who say it would benefit outside vendors at the expense of their homegrown businesses. Ms. Cannon organized an “awareness session” on Monday evening at the Southampton Cultural Center, to hear out her critics and try to allay their fears. She brought in four speakers—a farmer, a baker, a New York State Department of Agriculture and Markets representative and the manager of the Westhampton Beach Farmers Market—to talk about their past experiences with farmers markets and outline the benefits. The meeting did little to persuade the idea’s opponents.

Ms. Cannon told the critics it’s not fair to presume a farmers market would have a negative effect on local businesses before the idea has even been fully explored and discussed.

“Instead of talking about why we can’t do it, let’s talk about how it could work,” she said.

The reason it won’t work, her opponents said, is that a farmers market would force vendors to compete with their own suppliers, who could undercut them.

“Wholesalers can sell a lot cheaper than retailers,” said Bob Schepps, president of the Southampton Chamber of Commerce and a bagel wholesaler.

Mr. Schepps said Southampton is a unique village where merchants only have “100 days to make a living.” The loss of even one day a week could be a serious detriment to their livelihood, he said.

Produce grocer Dennis Schmidt of Schmidt’s Market said Southampton Village is a big oyster that everyone would like to take a bite of, but everyone isn’t paying the high rent he and others pay to operate a business there year round—including during the lean winter months.

And Jean Mackenzie of Clamman Seafood Market in Southampton Village said that while she believes competition is good for business, considering the state of the economy, this is not the year to introduce a farmers market. Ms. Mackenzie said she fears if she doesn’t participate in the farmers market, she won’t sell anything on those Sunday mornings. But if she does participate, she will effectively have to start up a new business to compete with her own shop.

She also questioned if vendors at the farmers market would be subject to the same Board of Health and Department of Environmental Conservation regulations she must follow at her store.

Elsie Collins of the Westhampton Farmers Market said that the Board of Health does indeed regulate farmers markets and that all size limits for catching and selling fish are also enforced.

A refrain that proponents of the farmers market oft repeated at Monday’s meeting was “it’s four hours on a Sunday,” arguing that a few hours in the morning could not possibly have the severe negative effects to farmers and merchants some are expecting. And Ms. Cannon said a Sunday market will stir an interest in local businesses that will spill over to the other six days of the week.

“There are so many people you would be surprised that don’t even know you exist,” she told Mr. Schmidt and Ms. Mackenzie.

Ian Calder-Piedmonte and his partner, Alex Balsam, operate 50 acres of East End farmland and have a farm stand on the corner of Town and Windmill lanes in Amagansett. The farmers also bring their produce to the East Hampton and Westhampton farmers markets each summer. “It’s been a really good way for us to get some exposure,” Mr. Calder-Piedmonte said.

Keith Kouris, the owner and baker at Southampton Village’s Blue Duck Bakery Café, agreed, calling participating in a farmers market a form of advertising that an ad in a newspaper or magazine cannot compare to. “Your customers are seeing you in a different light,” he said. “It puts a face to your business.”

Mr. Kouris is already a part of the Sag Harbor, East Hampton and Westhampton farmers markets, and said each gives him a sense of community and the opportunity to talk directly with his customers about his products.

Bob Lewis of the New York State Department of Agriculture and Markets said farmers markets put money back into the local economy and play an educational role for children. “The vitality of the market, I feel, is one of the most important aspects to it,” he added.

Ms. Collins said the chief benefit of the Westhampton Farmers Market has been to bring different groups in the community together. She said Westhampton had its local people and its city people, but “never the twain shall meet.” However, since the farmers market opened, the barrier between the year-round and seasonal communities has dissipated, she said. Between 700 and 800 shoppers come each Saturday to the market, held on Mill Road next the Westhampton Historical Society, which sponsors the event.

A spot at the Westhampton Farmers Market costs $175 for the summer. Almost all of the fees go toward advertising the market, and no organizers collect any salaries, including herself, Ms. Collins added. “No one should be making money on this except for the farmers and the vendors,” she said.

Ms. Collins also noted that, in accordance with the local spirit of the market, it is limited to local farmers and producers. “Everything in our market either needs to be grown or made on Long Island,” she said.

Laraine Creegan of the Montauk Chamber of Commerce attended Monday evening’s meeting because she would like a farmers market in Montauk this summer as well. “We want to start one next month,” Ms. Creegan said. “There’s no question about it.”

The home of Southampton Village restaurant Red Bar Brasserie for more than two decades is ... 24 Jan 2020 by Brendan J. OReilly

After a decade, 230 Elm, the highly regarded catering company based in Southampton, has shut ... by Hannah Selinger

Chef Nicolas Reisini, a Sag Harbor resident and graduate of I.C.C. Culinary Academy, and Chef ... 13 Jan 2020 by Annette Hinkle
Sign in to comment