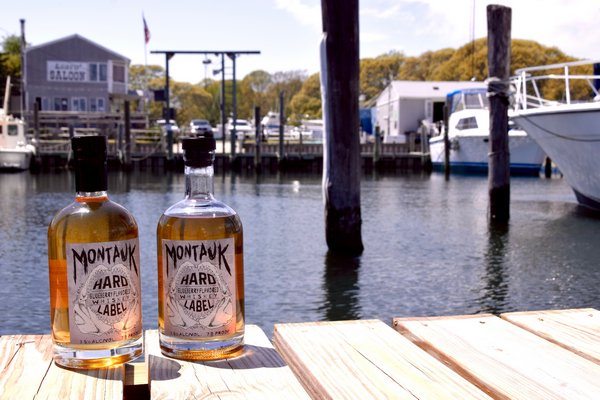 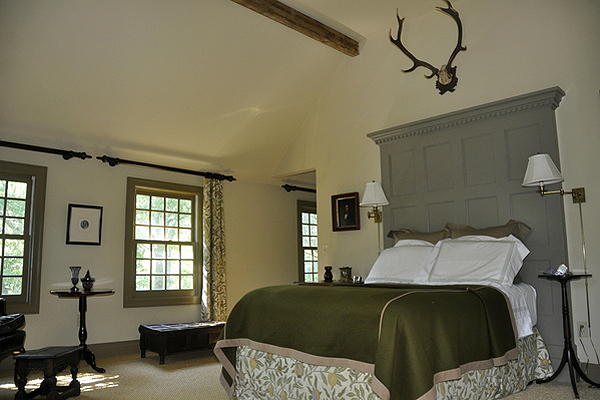 It started as an idea among bartenders.

In 2014, friends and Montauk natives Tom Ciccariello, Mike Demasco and Skylar Gardell-Gross came up with an idea. They wanted to produce a whiskey—one that was aged, and one that represented their visions as young bartenders on the East End. The three friends worked at Montauk’s 668 Gig Shack, owned by Mr. Gardell-Gross’s family, and knew that there was increasing demand for artisanal spirits on Long Island. The question was how to harness the trend and, more importantly, how to market and sell whatever product they opted to create.

The aged whiskey spends two to three years in barrel. The mash bill is 100 percent sweet corn—a designation that is often reserved for bourbon, not whiskey—offering a smooth, yielding spirit. The blueberry whiskey is a sweeter, spicier spirit, with notes of vanilla smoothed by bright fruit undertones. Both are cocktail-friendly. In fact, the Hard Label offers suggestions for drinks on its website, providing recipes for a Montauk Lemonade, Montauk Mule, Montauk Manhattan and Blueberry Old Fashioned.

Ingredients are sourced locally when possible, and while the product is currently made in the Bronx, the company is in talks to have the operation relocated farther east. As always, quality is of premium importance. “We’re trying to source everything as naturally as possible,” Mr. Ciccariello said. The company uses non-GMO ingredients in their production as a testament to that goal.

At its inception, the Hard Label was expected to produce a clear best-seller: the aged whiskey. But the three co-founders were surprised to learn that the blueberry whiskey far outpaced the aged. “The flavor works well with the whole summer vibe that we’re trying to capture,” said Mr. Demasco. In fact, the blueberry whiskey lends itself perfectly to mixed cocktails, and can be used as a substitute for several other types of alcohol.

Hard Label has now established a loyal following, as well as an expanded team. The three co-founders operate as their own salespeople and have recruited local photographer James Katsipis to run their Instagram account, @montaukhardlabel. Mr. Katsipis operates as the company’s content creator. Sag Harbor native Abby Gawronski is the company’s director of marketing. Ms. Gawronski sees the “authentic to Montauk culture” label as the natural extension of “a place that so many people want to have a part of.”

As Montauk Hard Label embraces its upcoming third summer season, its co-founders are beginning to dream even bigger. With a new distributor on the horizon—details of distribution for this year are still being finalized—Mr. Ciccariello, Mr. Demasco and Mr. Gardell-Gross are hoping to lengthen the reach of their brand. They are also looking to expand the creative aspect, bringing new flavors into the mix. They hope to release at least one new flavor in 2018. Eventually, they hope to create a brick-and-mortar space in Montauk for production and sales.

For now, Montauk Hard Label has been a fun, rewarding ride for three friends who wanted to create something representative of their roots. With their strong ties to the community, the trio has successfully placed their product on shelves and behind the bar of local retailers and restaurants. “It has been a lot of fun and it’s getting a good reaction from people,” Mr. Ciccariello said. This summer, expect to see far more Hard Label at local establishments. Hard Label is a quintessentially Montauk product, down to its artwork, a gaping shark jaw paying homage to the town’s fishing roots—and designed by local artist and jewelry designer Erin Boyle.