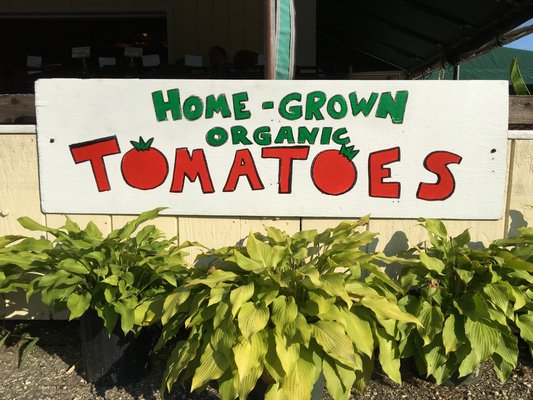 Tomatoes are the most commonly grown nightshade in home gardens. HANNAH SELINGER 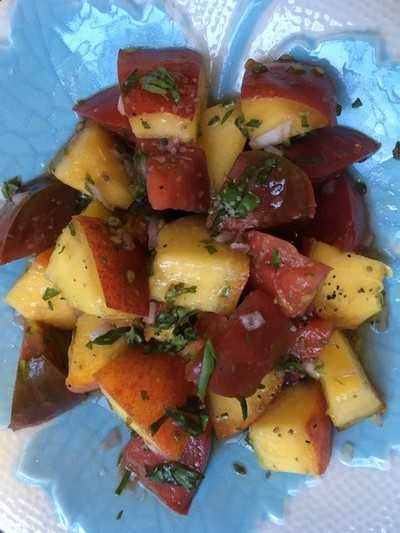 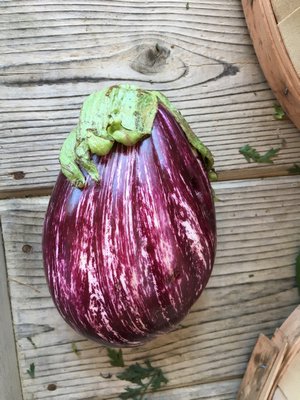 Salt and pepper to taste

1 tablespoon plus a pinch of sugar

Pour boiling water over raisins and let sit for 20 minutes, until raisins are plump. Drain and set aside.

Toss cubed eggplant with a tablespoon of olive oil, salt, and pepper. Roast in oven on a sheet tray for 20 to 30 minutes or until tender. Allow to cool. Chop coarsely.

Heat 1 tablespoon of the oil over medium heat in a large, heavy nonstick skillet and add the onion and celery. Cook, stirring, until the onion softens, about five minutes, and add the garlic. Cook together for a minute, until the garlic begins to smell fragrant, and add the peppers and a generous pinch of salt. Cook, stirring, until just about tender, about eight minutes. Add another tablespoon of oil and the eggplant, and stir together for another five minutes, until the vegetables are tender. The eggplant will fall apart. Season to taste.

Add the tomatoes to the pan with another generous pinch of salt and a pinch of sugar. Cook, stirring and scraping the bottom of the pan often, for five to 10 minutes, until the tomatoes have cooked down somewhat and they smell fragrant. Add the capers, olives, raisins, remaining sugar, and vinegar. Turn the heat to medium-low and cook, stirring often, for 20 to 30 minutes, until the vegetables are thoroughly tender and the mixture is quite thick, sweet, and fragrant. Season to taste with salt and pepper and remove from the heat.

1 onion, peeled and cut in half

Salt and pepper, to tasteBlanch and peel tomatoes: with the tip of a paring knife, draw an X at the top of each tomato. At the base, remove the core with the same knife. Bring salted water to a boil and fill a bowl with salted ice water. Once the water has reached a rolling boil, drop in tomatoes, one at a time, and boil until the skin surrounding the X begins to peel at the edges. Remove tomatoes from water and submerge them in ice water for no more than 30 seconds.

Once tomatoes are cool, use the tip of the paring knife to peel back the skin. Discard. Roughly chop the tomatoes and put them aside, along with their juices.

In a saucepan, combine the tomatoes, their juice, the butter, and the onion halves. Add a few pinches of salt.

Place over medium heat and bring to a simmer. Cook, uncovered, for about 45 minutes. Stir occasionally, mashing any large pieces of tomato with a spoon. Add salt and pepper as needed.

Discard the onion before tossing the sauce with pasta. This recipe makes enough sauce for a pound of pasta.Tomatillo-Peach Salsa1 pound tomatillos, husked, rinsed, and quartered

Kosher salt and pepper, to taste