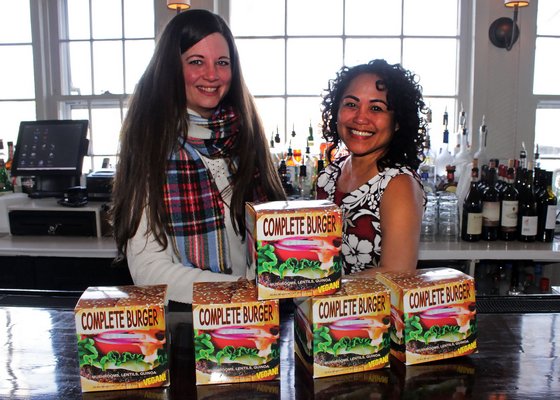 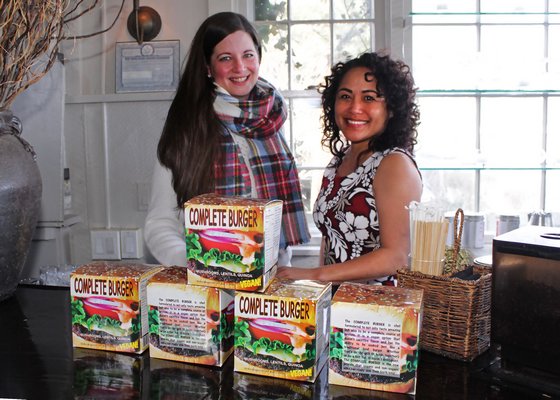 Ask a self-proclaimed foodie to describe her favorite noodle and you’re likely to hear a poetic waxing on the virtues of ramen and tonkotsu broth. Ok, fair. Ramen slurping can be a near-sublime soup experience, an Eastern take on the Western love affair with so-called comfort food.The world of noodles, of course, neither begins nor ends with ramen. Chinese hand-pulled noodles. Hong Kong noodle soup. Vietnamese pho. These are respectable bowls of soup that have made small dents in the Western consciousness. But what about the distinctly American take on noodle soup, saimin, ramen’s Hawaiian cousin? Developed out of necessity—multicultural Hawaiian plantation workers from the early 1920s took their native foods and ingredients and combined them to make a super food—saimin is the ultimate example of how a food comes into existence.

Jessica Taccone and Drei Donnelly, Sag Harbor residents with a background in food and service, have tapped into the noodle zeitgeist with their pop-up restaurant, Hamptons Hawaiian. The restaurant currently operates out of Sag Harbor’s Dopo la Spiaggia on Wednesdays from 11 a.m. to 11 p.m., where the team serves up four set saimin bowls, as well as a “build your own” option, where soup slurpers can choose between two types of noodle, five types of broth, and 14 vegetable and protein toppings.

“We met through a mutual chef friend of ours,” Ms. Taccone said. “Drei was handling an event that she needed some hands to help her with. We work really well together. She’s very meticulous and detail-oriented. I guess, over time, our relationship developed.” The fast friends first became roommates before deciding to embark on a business venture together. “The concept developed one evening when we ended up at the house and I made some saimin, because I’ve been making saimin all my life,” Ms. Donnelly said. “And we had another chef, an executive chef, with us. When they tasted it, they couldn’t stop talking about it. They called it ‘hot dog ramen.’ And so that was the seed that was planted.”

Later, a friend, spying an empty space in Sag Harbor, suggested that the pair apply for a permit. In true Sag Harbor fashion, that permit remains in limbo, but last October, permits notwithstanding, Ms. Taccone and Ms. Donnelly opened Hamptons Hawaiian in Dopo la Spiaggia’s borrowed space. As they test the waters, they remain committed to opening a brick-and-mortar within the next six months.

Ms. Donnelly is of both Filipino and Hawaiian decent and grew up splitting time between Los Angeles and Hawaii. “Growing up in that culture, this is our comfort. Once Jessica and I decided to open up the noodle shop, we went to Hawaii to do some serious research,” she said. “We went to all the top places in Hawaii and then came back to the Hamptons and developed all of our own recipes.”

Traditional Hawaiian saimin pays homage to the local catch, shrimp, with a broth made from the crustaceans. Ms. Donnelly and Ms. Taccone, however, also serve pork, mushroom, vegetable, and chicken broths with their soups. “It was really important to Drei for me to have the experience [of sampling authentic Hawaiian saimin],” Ms. Taccone said. “[The trip to Hawaii] gave me a good grasp on how different [saimin] is from ramen. It showcases the toppings. It showcases the noodles. It showcases the broth. It’s a full bowl of noodles. Nothing is competing. It’s the perfect melding together of flavors.”

In addition to their rotation of soups, Ms. Taccone and Ms. Donnelly have recently introduced “The Complete Burger,” a vegan, gluten-free patty made from shiitake mushrooms, red quinoa, black beans, lentils, flax seeds, and aromatics. The patties, which are available at the pop-up in sandwich form and also through the Hamptons Hawaiian website for the home cook, is the brainchild of Ms. Taccone, a self-professed carnivore. “I developed this wanting to eat healthier but be satisfied,” she said. Patties can also be repurposed into a general replacement for ground beef, and Ms. Taccone and Ms. Donnelly intend to sell the mixture in a different form sometime in the future. “I was vegan when I discovered [the Complete Burger],” Ms. Donnelly said. “As a vegan, you need some variety. You need some protein. I ate a whole bag, by myself, with no problem, because it was that good.”

Vegan protein notwithstanding, Jessica Taccone and Drei Donnelly are slinging bowls of saimin every Wednesday from here on out to hungry Sag Harbor soup enthusiasts. Word-of-mouth has engendered a loyal following so far, a following both women hope to nurture as they move forward with their business.

Hamptons Hawaiian is open every Wednesday from 11 a.m. to 11 p.m., with bar service from 5 p.m. until close. Takeout is available, as are vegan and gluten-free options. The pop-up is located at Dopo la Spiaggia, 6 Bay Street, Sag Harbor. For more information, visit their website, hamptonshawaiian.com.