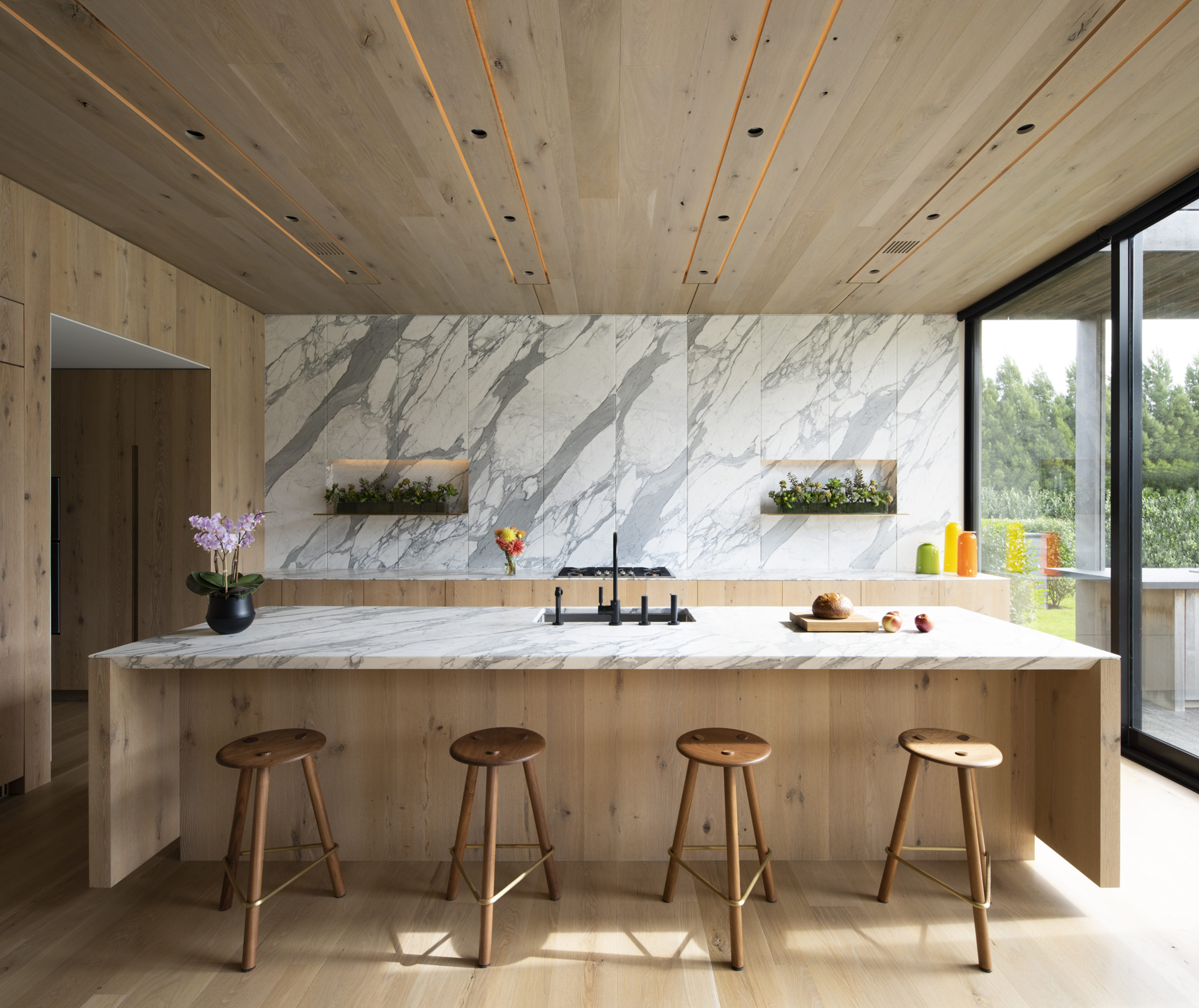 The kitchen at Sagg Farm by Bates Masi + Architects. 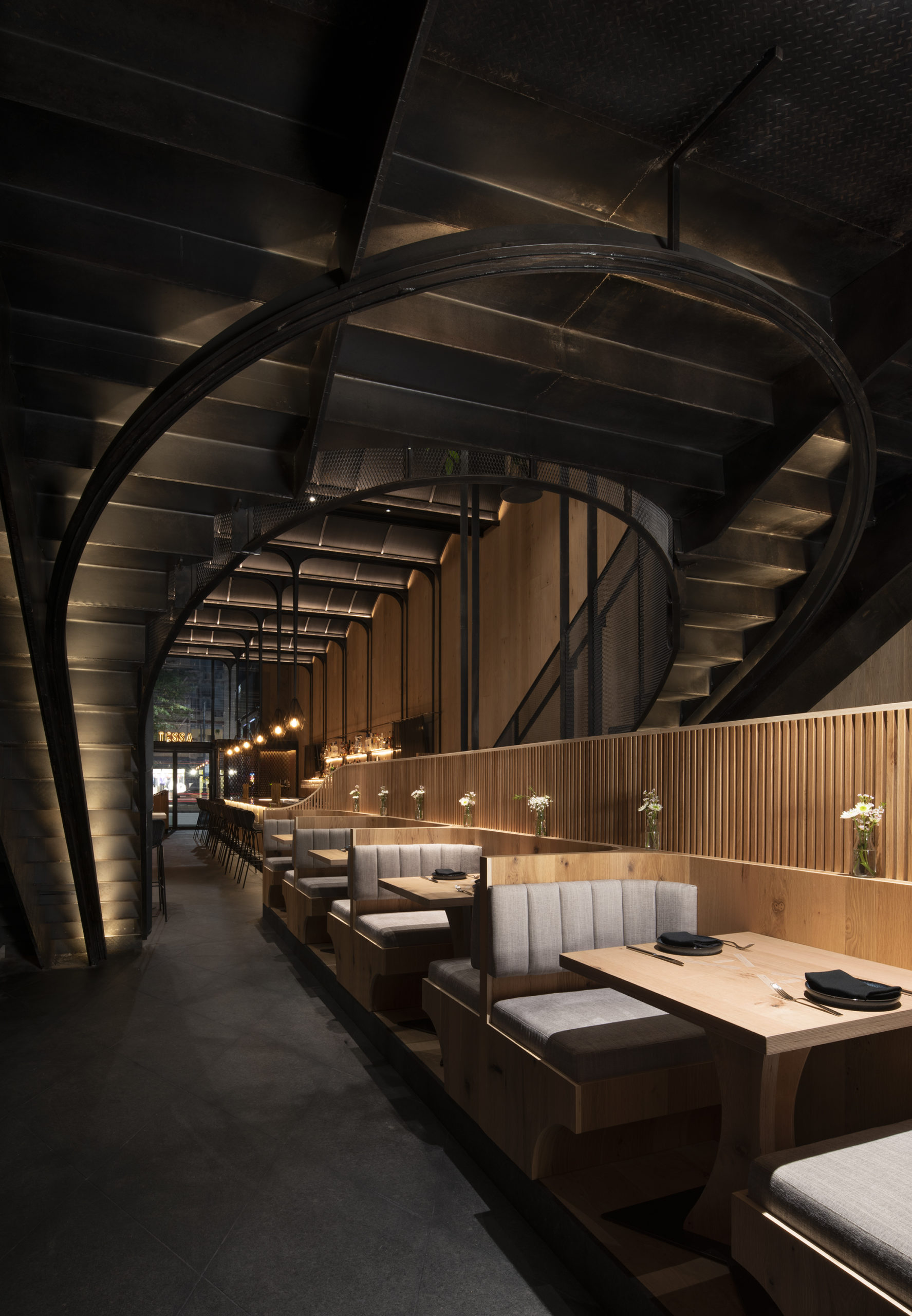 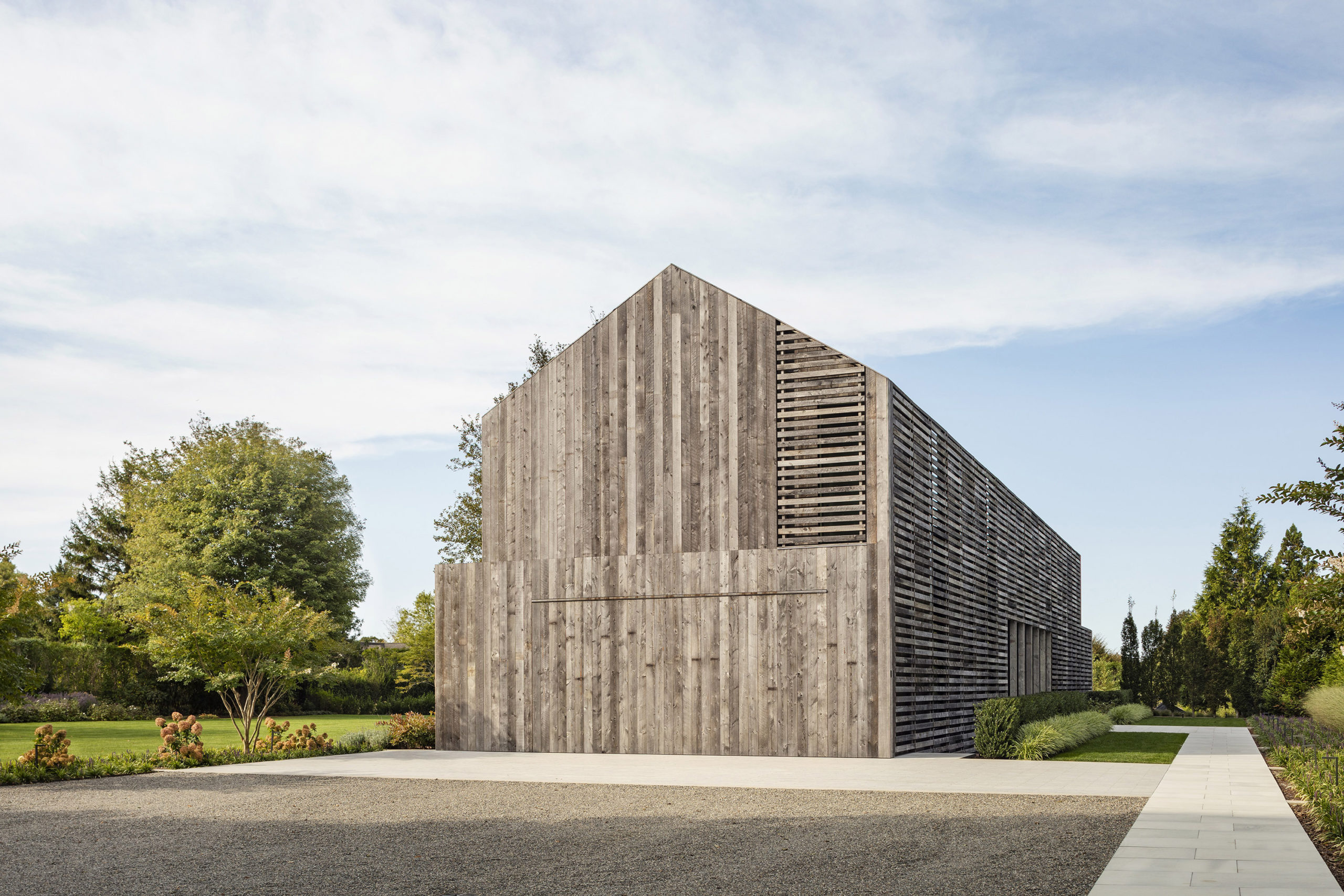 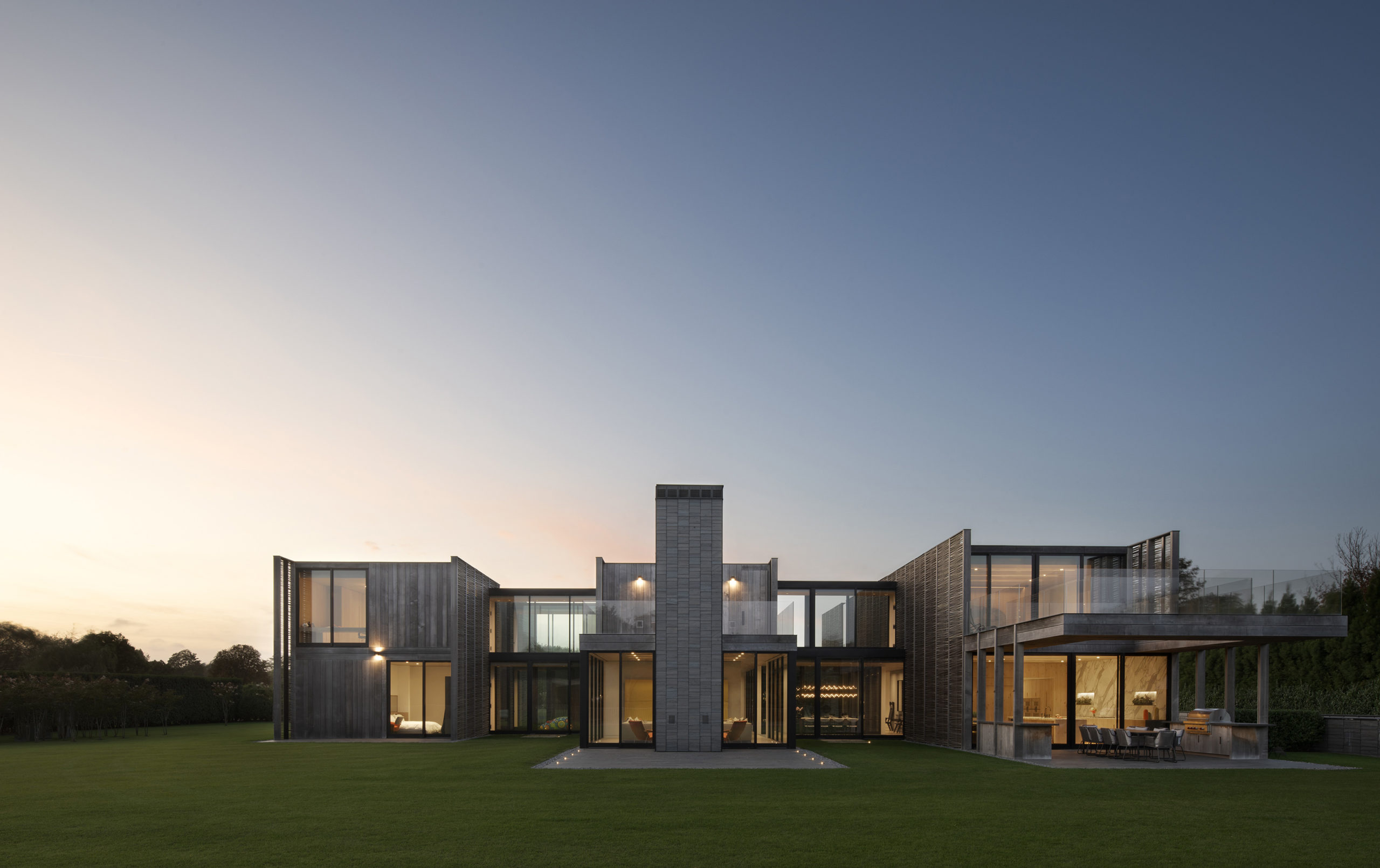 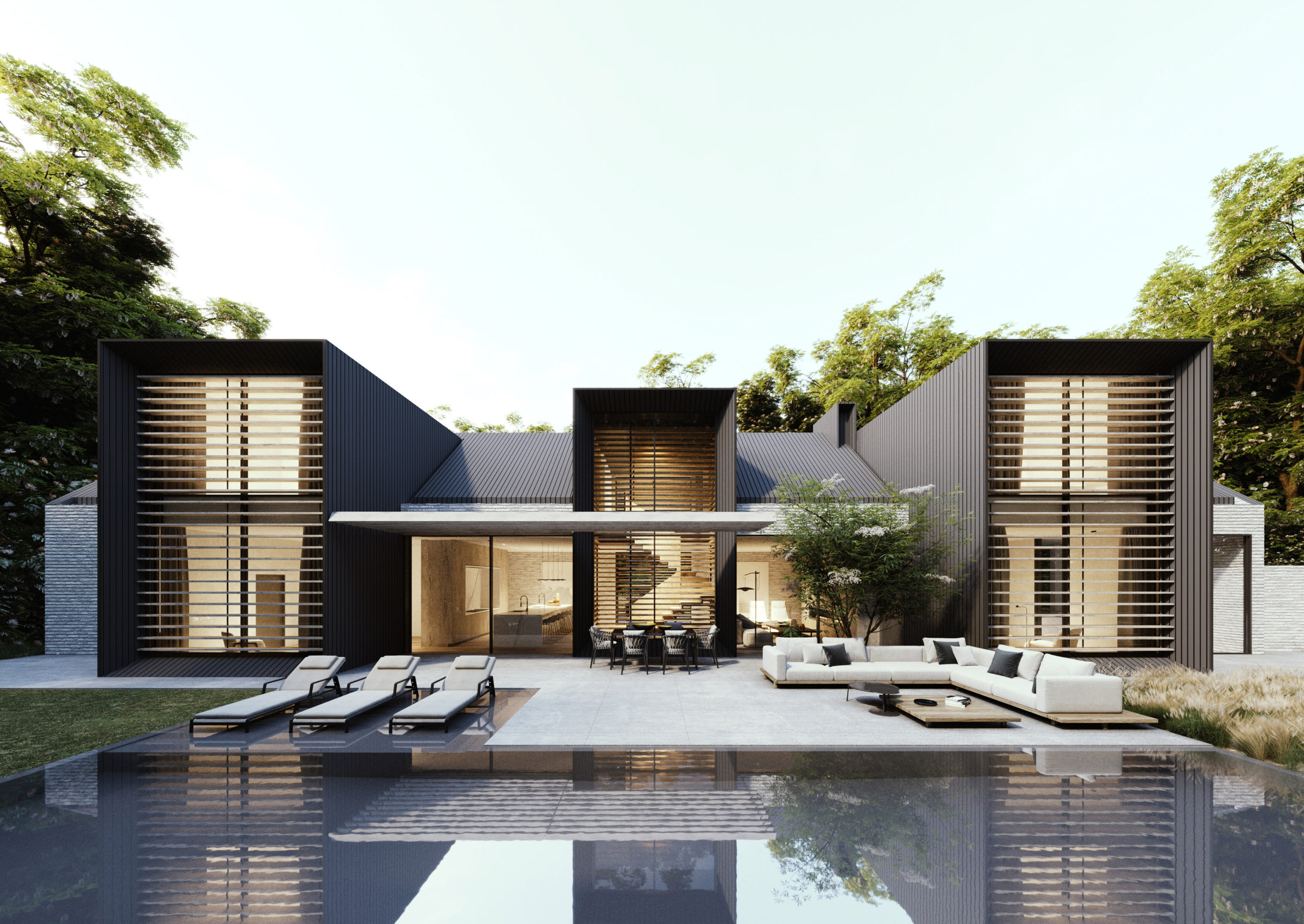 WE+ Architects earned an Honor Award for emerging architects for this project in Brookhaven. COURTESY AIA PECONIC 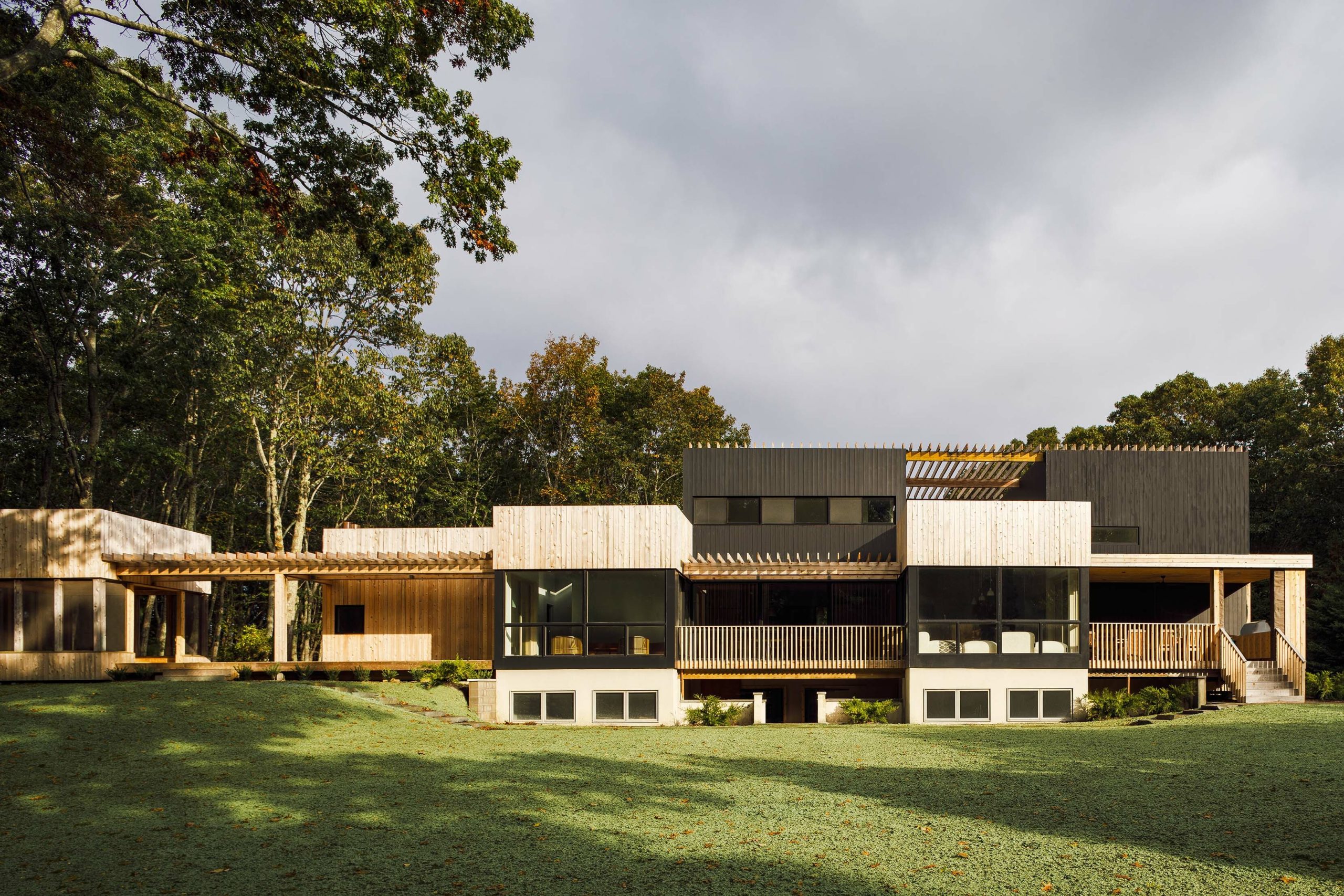 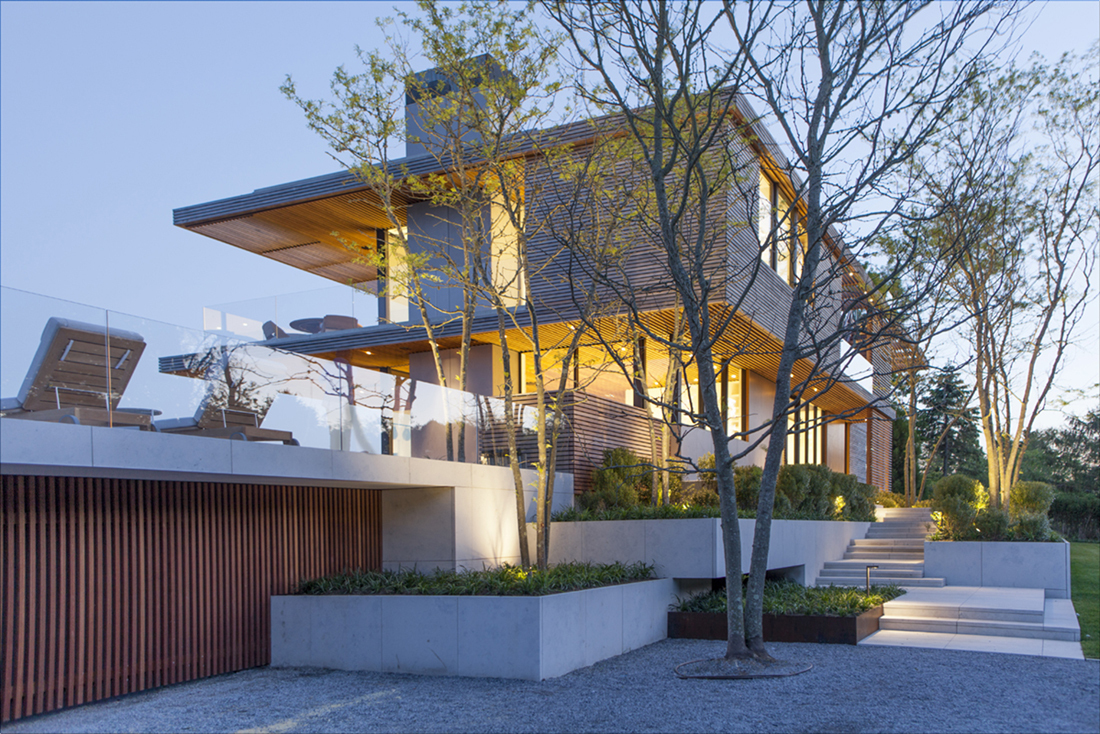 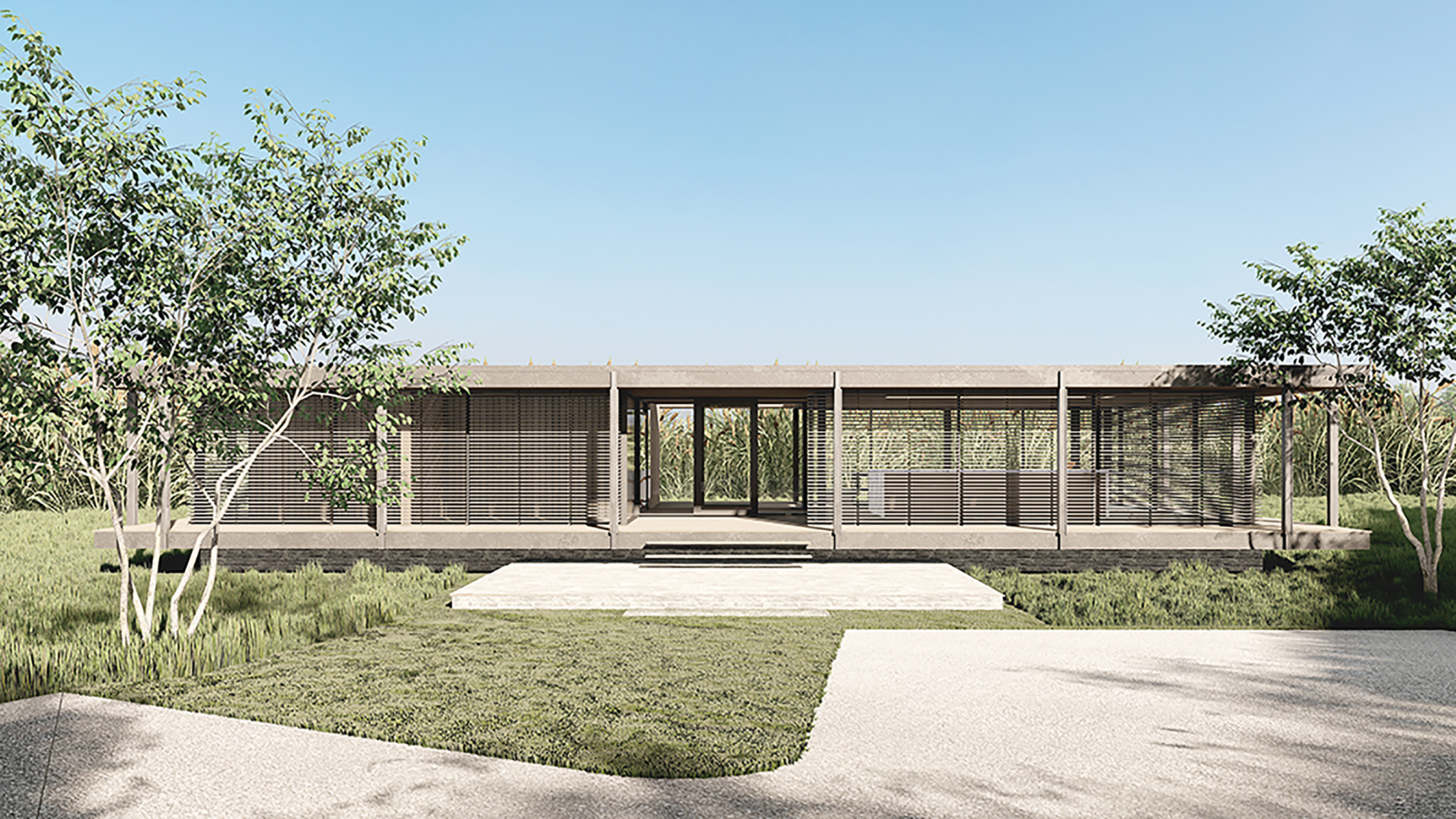 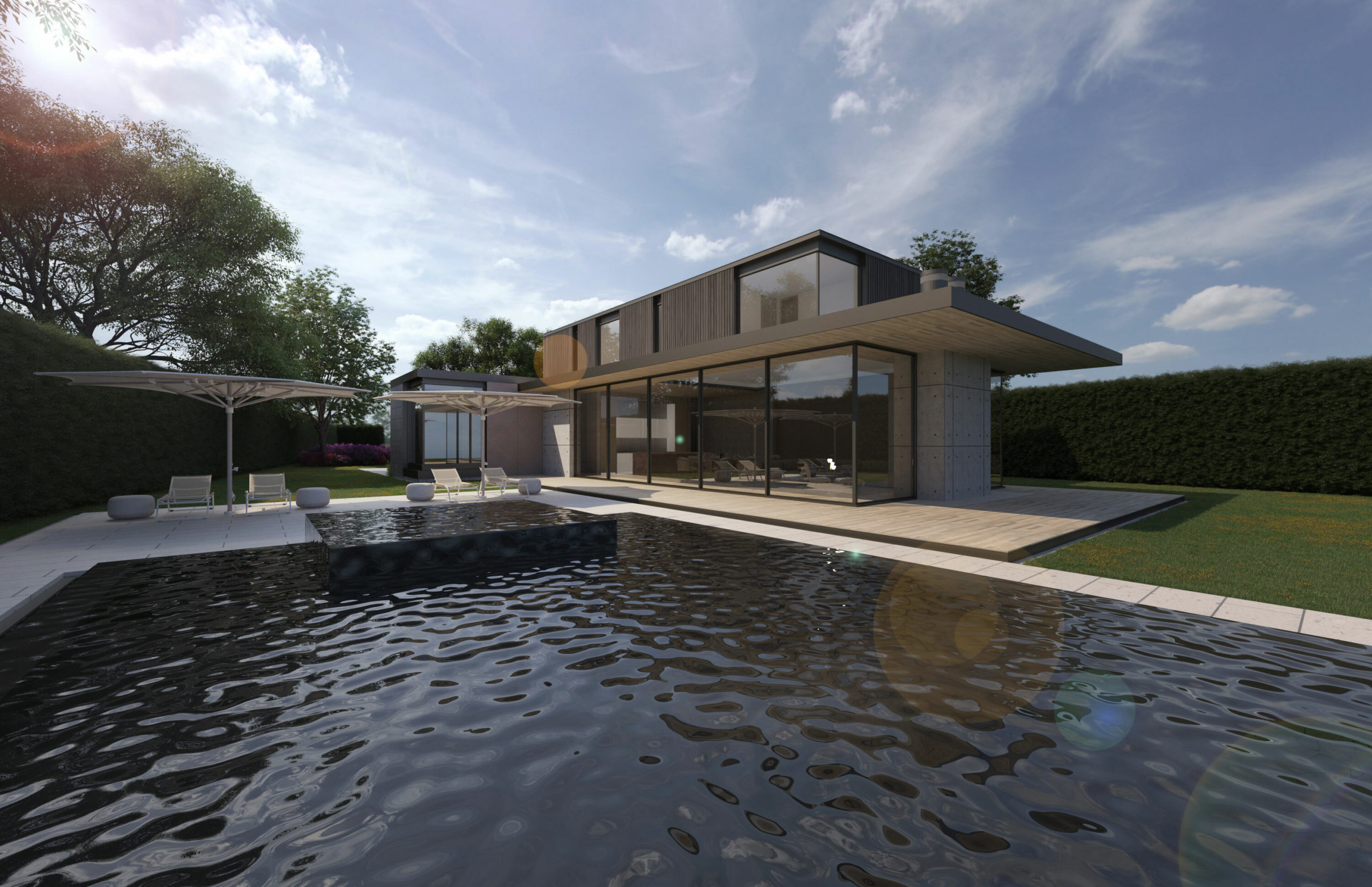 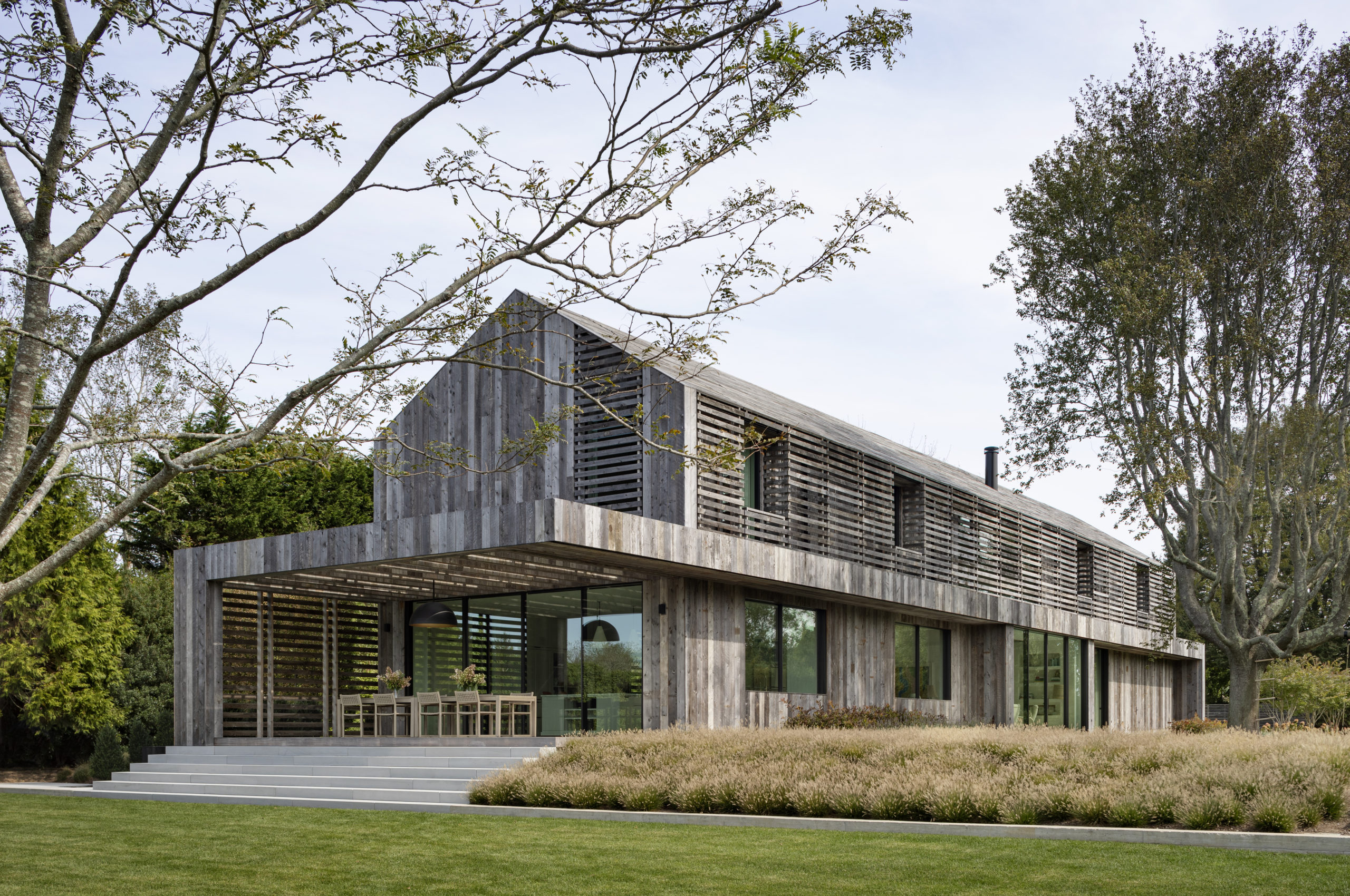 AIA Peconic, the East End’s chapter of the American Institute of Architects, presented nine awards for outstanding examples of design and historic preservation on Saturday, January 9.

The Daniel J. Rowen Memorial Design Awards were open for entries from AIA Peconic members as well as AIA members from chapters anywhere in the country who designed projects on the East End. In all, the jury reviewed 27 submissions and chose nine to receive either Honor Awards or Merit Awards in a variety of categories.

“An Honor Award displays really high-quality excellence in every respect,” explained Ric Stott, the founding president of the chapter in 2006 and the emcee of Saturday’s award ceremony. The Merit Award is just a degree below the Honor Award.

For the first time, due to the pandemic, the ceremony was presented via Zoom rather than at an in-person event. Outgoing AIA Peconic President Debbie Kropf introduced Mr. Stott as emcee, while Nilay Oza became president at the start of the year.

During the ceremony, Mr. Stott noted that AIA Peconic remains one of the smallest AIA chapters in the country but with some of the most advanced and magnificent residential architecture in the world. He added that many of the rich and famous people drawn to the East End have brought their own renowned architects from afar, leading the Daniel J. Rowen Memorial Design Awards entries to exemplify the highest standards of world-class architecture.

Paul Masi of East Hampton firm Bates Masi + Architects won two Honor Awards, one in the architecture category for a Sagaponack residence named Sagg Farm, and the second in the historic preservation and adaptive reuse category for Asset Restaurant in Manhattan.

In a project description for Asset, Bates Masi offers: “In the renovation of 329 Columbus Avenue to create Asset restaurant, we sought to excavate the existing space in search of unique textures and hints of the past that would enrich the guest experience.”

The building was 3D scanned and excavated, revealing historical elements that could be restored and highlighted. Asset also received Top Honors in the interior hospitality category of Architect’s Newspaper’s 2020 AN Best of Design Awards.

Brian Mac, a fellow of the AIA with the architectural design firm Birdseye in Richmond Vermont, earned an Honor Award for Lathhouse in Sagaponack.

Regionally inspired with a nod to the region’s agricultural history, Lathhouse is a long two-story gable residence reminiscent of a barn design, built on sloping topography with an accompanying pool house. According to Birdseye, Lathhouse’s namesake weathered wood laths, or slats, on the north and south walls and roof are spaced to reduce sunlight while permitting ventilation. The detail also wraps each bedroom window to create Juliet balconies.

To enable indoor-outdoor living, Lathhouse has operable glass walls that open to a stone terrace off the living room, and the kitchen opens to a wood-slatted pergola covered porch.

Will Goethe, a co-founder and lead architect of WE+ Architects in Southampton, received an Honor Award in the emerging architect category for his project dubbed Brookhaven.

“This steeply sloping site provided an opportunity for a residence that cascades down a heavily wooded lot,” the firm writes. “Designed for a young family of five, the home is laid out simply and symmetrically for a legible yet luxurious user experience.”

Of Brick Kiln, the firm writes: “This renovation challenges the stereotypical East End summer beach home by its active connection to the woods. Strategic demolition and structural interventions allowed us to provide open gathering spaces with a wide view of the outdoors to the south. Modifications to the plan created private rooms to the northern of the house. This strategy promoted clear circulation down the spine for what was a rambling four thousand square foot house before we began.”

Pike & Pond is a 3,000-square-foot home completed in collaboration with Modern Green Home and Craft Engineering Studio, and built on an “undesirable gully” that is a path for stormwater to reach a densely vegetated pond, according to Oza Sabbeth Architects. On the other side of the property is a busy turnpike. Through the use of retaining walls, the main level is set 6 feet below street level.

Michael Lomont, a partner in the Bridgehampton firm Stelle Lomont Rouhani Architects, earned a Merit Award in the architecture category for Pond View House, located on a narrow peninsula on Mecox Bay.

The residence is oriented toward panoramic water views of bay and ocean, according to the firm, and the house and cabana are “two lightweight wood structures bounding a vanishing edge pool.”

Blaze Makoid, the eponymous founder of Blaze Makoid Architecture in Bridgehampton, earned a Merit Award in the unbuilt category for Jobs Lane. The firm’s website explains that the proposed project is a respectful renovation of a 1960 residence by Peter Blake that was “conceived of as a study in the art of weekending — challenging conservative norms of lifestyle by encouraging its inhabitants to go one-on-one with nature herself.”

The update would take a home designed as a summer house and enable year-round use.

For his design of a project given the name Amagansett House, Sean Madigan of Hampton Bays received a Merit Award in the emerging architect category. Mr. Madigan is a licensed architect and interior designer at Kevin O’Sullivan + Associates in Bridgehampton.

Mr. Stott said on Monday that the chapter typically does not film its award ceremonies but is looking forward to sharing the recording of this year’s ceremony with the public in the coming weeks and permitting the winning firms to do the same.

The four-member jury included David Businelli, the CEO and founder of Studio 16 Architecture on Staten Island; Katherine Chia of Desai Chia Architecture, who is an AIA fellow; Illya Azaroff, a founding principal of +LAB Architect PLLC as well as an associate professor at the New York City College of Technology; and Brian Carter, a professor of the School of Architecture & Planning at the University of Buffalo.

Mr. Stott called the jurors “rock stars” in the profession, and noted that the awards’ namesake, the late Daniel J. Rowen, had felt it was vitality important to select highly talented and qualified jurors.