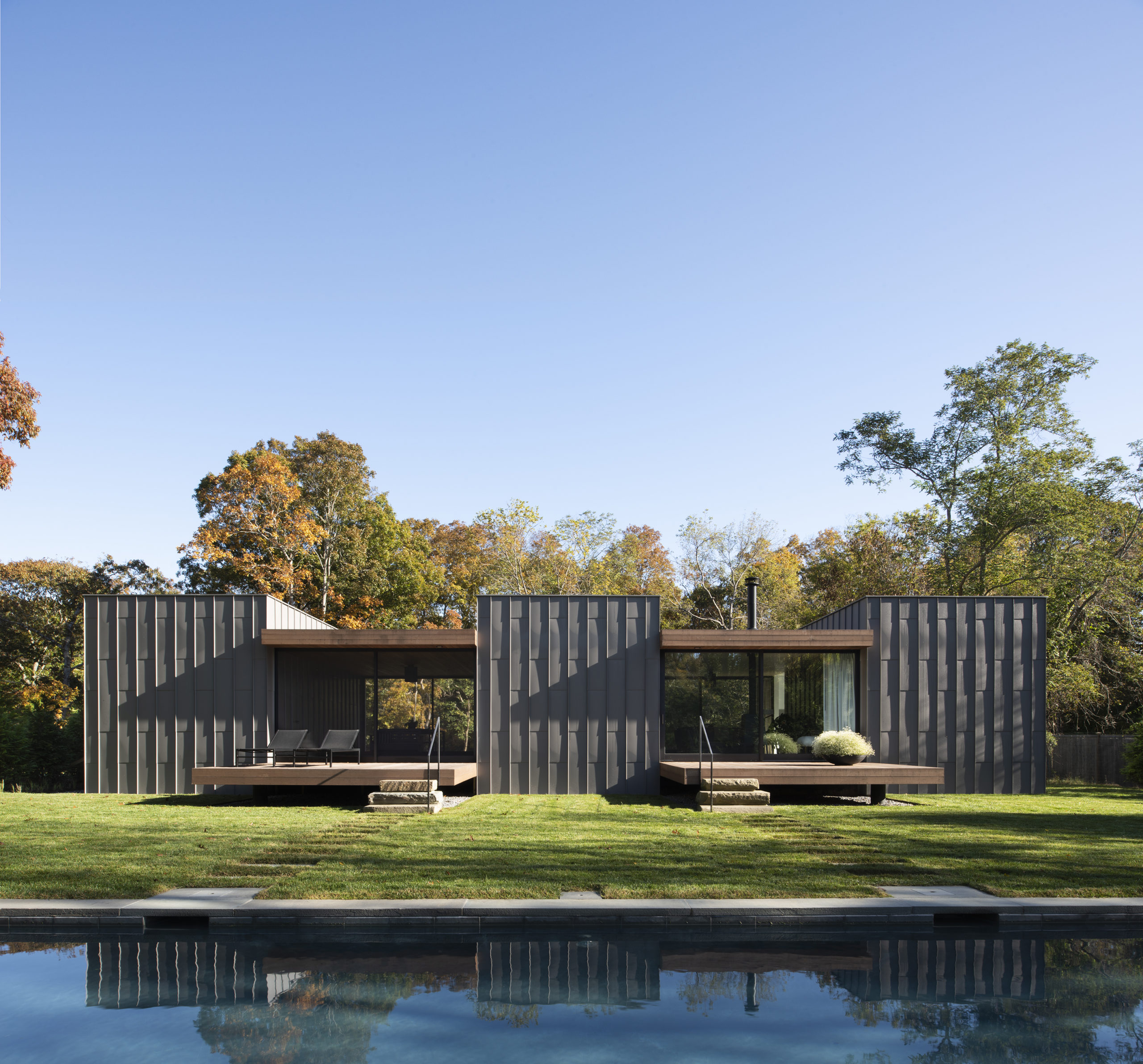 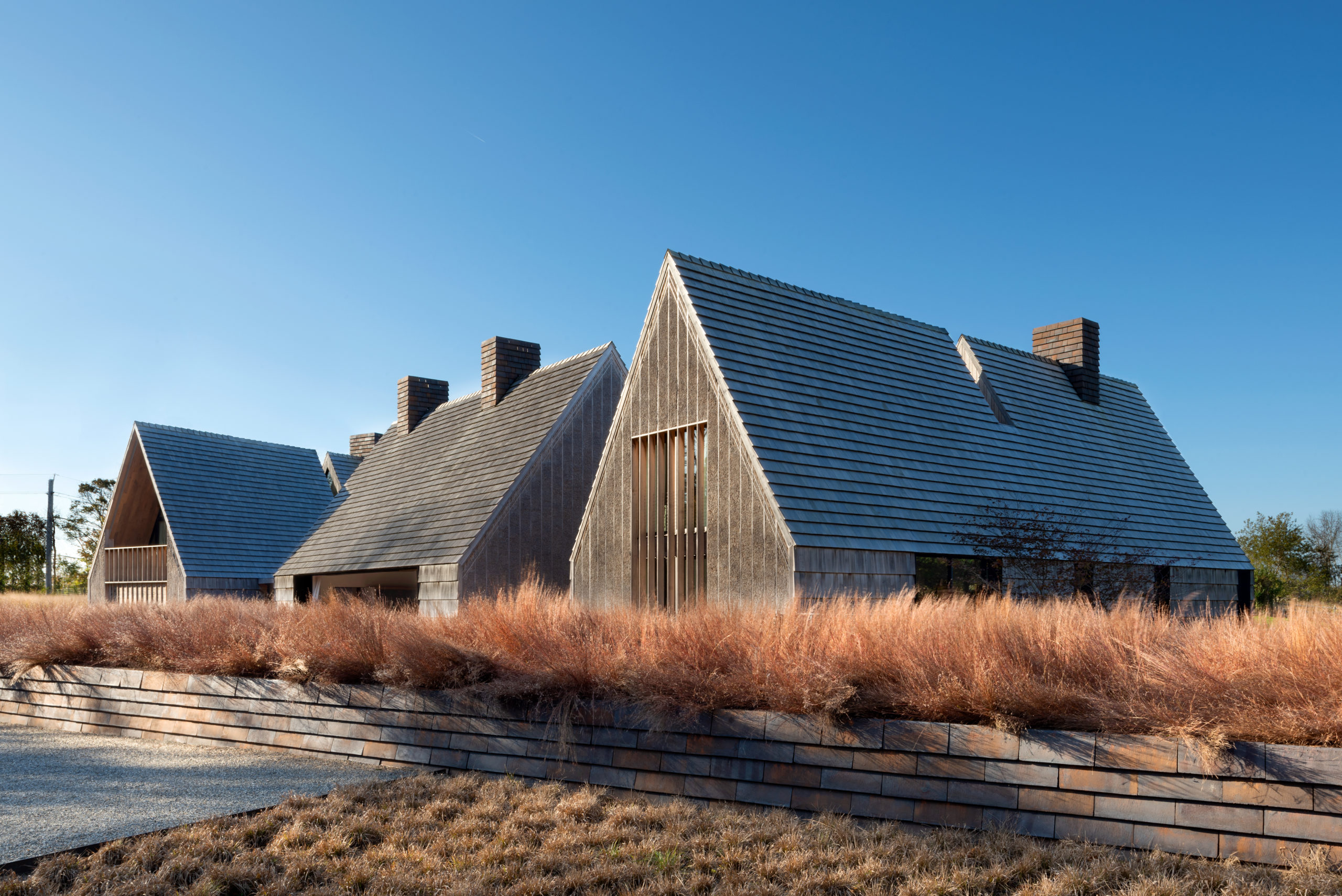 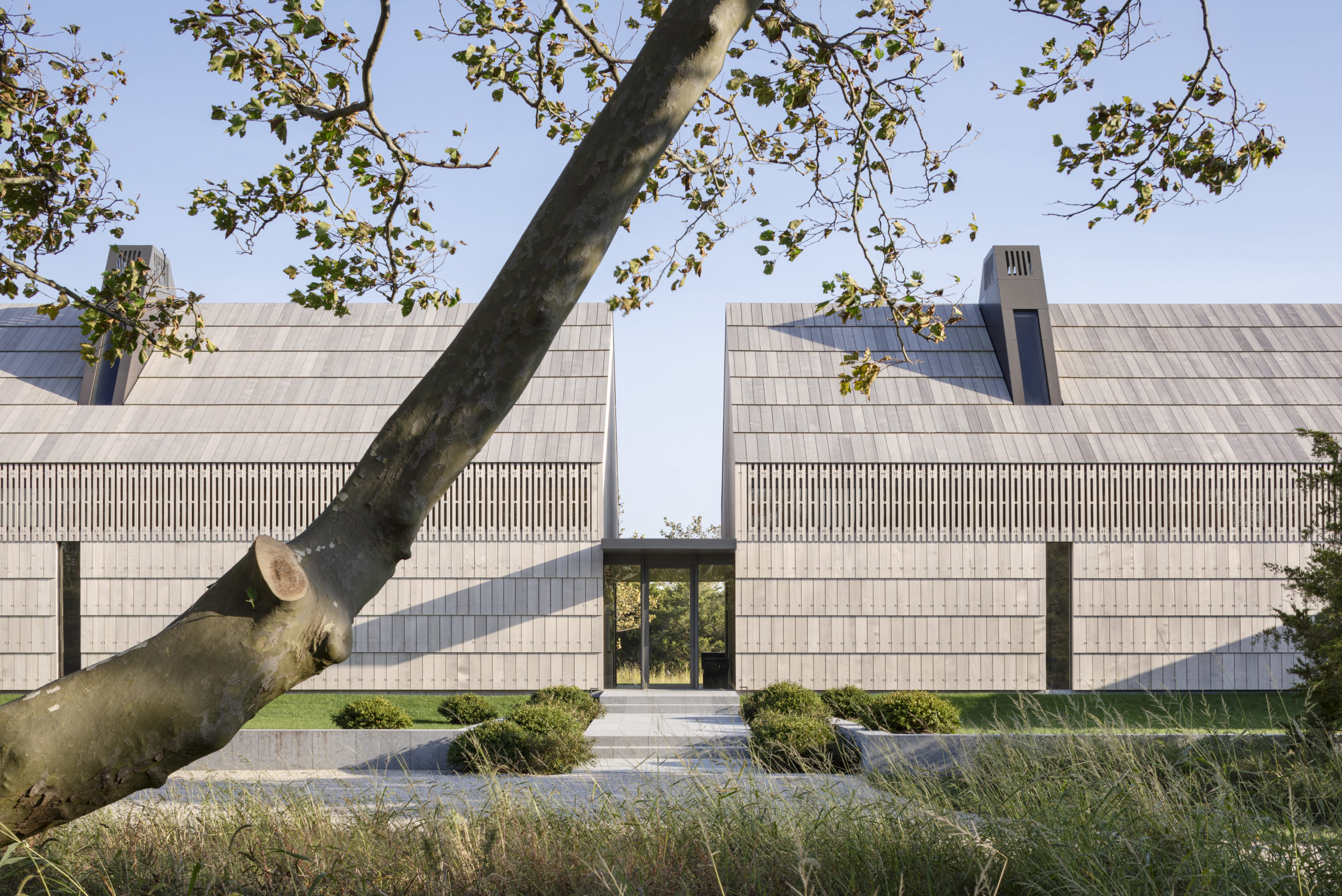 Each of the three award-winning projects was for a single-family residence in East Hampton Town.

In Amagansett, a project dubbed Stony Hill earned Bates Masi a Merit Award in the division for homes of more than 2,500 square feet. The project description states that the goal was to reference the agrarian history of the site in the architecture and landscape design. The firm explains that the site was part of a meadow used for communal grazing pasture.

The site was divided into zones in a fashion similar to how the pasture was divided into parcels to rotate where livestock grazed, the firm explains. â€śIn the same way that the parcels had different maturities of grasses due to the rotating grazing, the scale and density of the plantings in each zone were designed to vary based on modern needs: high grasses and shrubs provide a visual and acoustic buffer from the road, medium height grasses screen the house from the approach, and low grass and groundcover open up views where appropriate,â€ť the project description states.

The house itself is a collection of smaller volumes, each relating to a different landscape zone. The shingle siding is common to the South Fork but done in an exaggerated scale. Interconnected gabled structures reference the barn vernacular of historic Amagansett but are adapted for a modern experience, according to the firm. Each of the residenceâ€™s gathering spaces features an oversized fireplace.

John Hummel & Associates Custom Builders was responsible for the construction and JL Hummel Interiors did the interior design.

A second Merit Award, this one for homes of less than 2,500 square feet, went to Bates Masi for Milestone, a home on the fringe of Springs. Aaron Zalneraitis, an architect at the firm, not only designed the residence, heâ€™s the homeowner.

Milestone is named for a historic mile marker that Mr. Zalneraitis found on the property. It also served as the inspiration for the design.

â€śEach of those three volumes is a manmade permanent insertion into the earth, and I follow through, in detailing and with materials, on that idea,â€ť Mr. Zalneraitis told The Express News Group earlier this year. â€śI clad it in metal. Itâ€™s manmade, itâ€™s durable.â€ť

One gap between the three volumes is glassed in, and the other is screened in.

Builder Dan Loos of East Hampton and structural engineers S.L. Maresca & Associates of Hampton Bays worked on Milestone, which was completed in January 2019.

An Honor Award in the 2,500 square feet and up division went to Bates Masi for a Wainscott residence that shares a name with its hamlet. On 2.7 acres, Wainscott is 11,445 square feet.

The owners asked Bates Masi to build them a â€śfamily heirloomâ€ť that could house both their art collection and future generations. It was also to be durable and to anticipate rising seas, and another challenge was to provide wide-open views while reducing sunlight exposure to the artwork.

The result is three gables structures, connected on the main level by an â€śart-filled circulation spine that opens to larger display spaces around the stairs,â€ť according to Bates Masi. Each structure has its own second story, unconnected to the others, with bedrooms, lounge areas, kitchenettes and laundry facilities. The stairwells in each also serve as display areas for large-scale art.

Men at Work Construction was the builder, David Kleinberg Design Associates did the interior design and Perry Guillot was the landscape architect.

Harry Bates, the founder of the firm and an important contributor to modern architecture, retired in 2017. Today, Paul Masi, who joined the firm in 1998, leads Bates Masi + Architects.

The 2021 AIANYS Design Awards recipients will be honored at a virtual award ceremony on October 27.