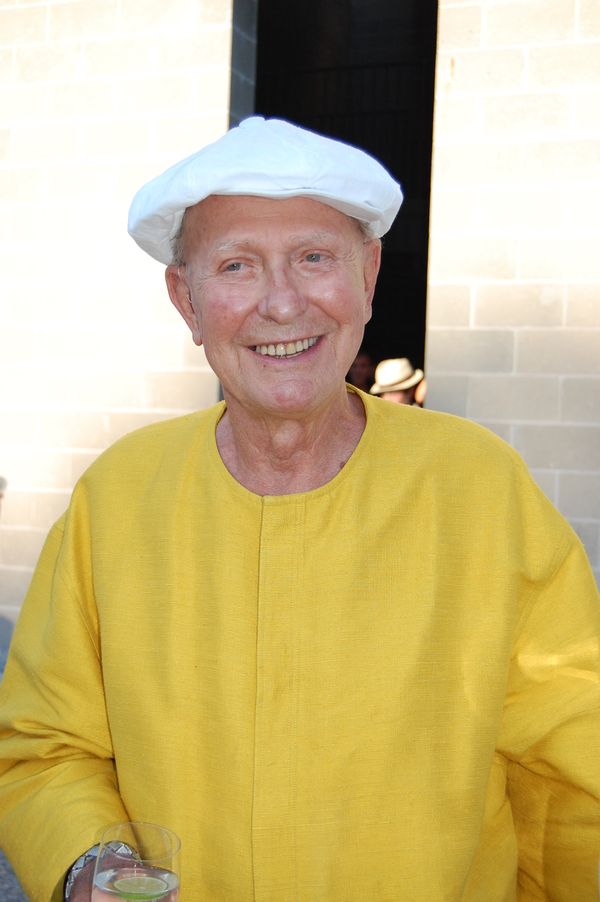 This fence was made from the wire mesh used in cement structures.

The first grade class at the Remsenburg-Speonk Elementary School uses the new STREAM Lab during their science class. KATE RIGA

Lys Marigold, Dianne B. and Adele and David Sadiq

Several local designers were celebrated at the inaugural “HC&G Innovation in Design Awards,” which were held on Thursday, July 28, at Guild Hall in East Hampton.

The big honoree for the evening was East Hampton-based LongHouse Reserve founder and world-renowned textile designer Jack Lenor Larsen, who was introduced by LongHouse Board President and gardening stylist Dianne Benson, as he received the 2011 Innovator Award. Mr. Larsen, a visionary in the world of textile design, is also an author and collector, and is one of the world’s foremost advocates of traditional and contemporary crafts. He is one of four Americans ever to be honored with an exhibition in the Palais du Louvre.