'Home' Takes A Satirical Look At The 'Starchitect' - 27 East 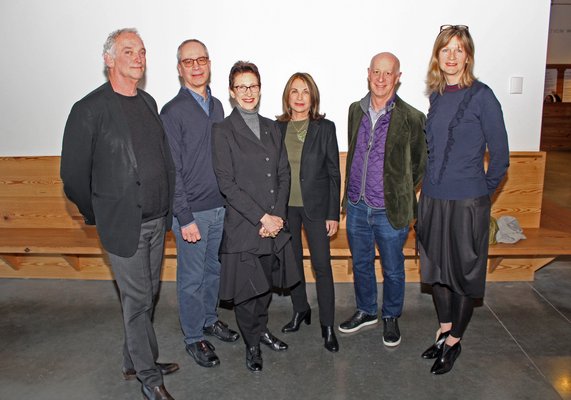 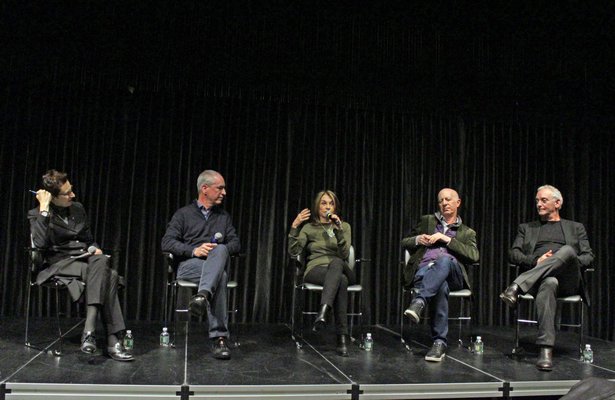 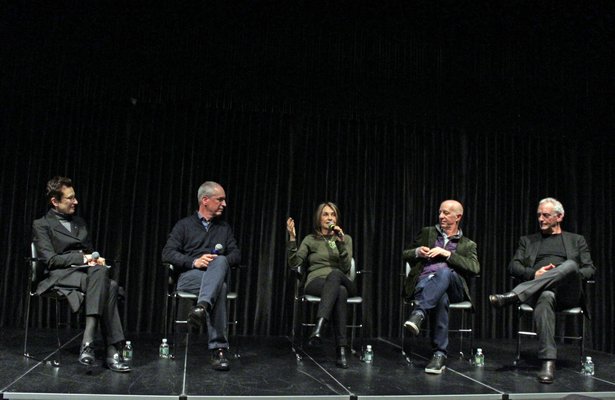 If any short film could embody the notion that “revenge is a dish best served cold,” Sandy Perlbinder’s “Home,” a satirical look at the stereotypical “starchitect” (star architect) and their naive clients, fits the bill.Screened this past Friday at the Parrish Art Museum as part of the series “Intersections: The Architect in Conversation,” this 1989 film reveals a portrait of the architect as an egomaniacal absurdist who bullies his upwardly mobile clients into accepting a design that has no relationship with the practical realities of their everyday living.

The couple simply had to hire this architect because he was cutting edge, and the wife hoped that their apartment would be written up in The New York Times. When the husband, with measuring tape in hand, tells the architect that there’s no room in the bedroom for a bed, due to the presence of an enormous column in the middle of the room, the architect replies with a smile and tells him that he now gets the point.

A panel discussion, moderated by museum director Terrie Sultan, followed the film. Along with Sandy Perlbinder, the panel included Pulitzer Prize-winning chief architecture critic for The New York Times Paul Goldberger, who has also written for The New Yorker and is a contributing editor at Vanity Fair; architect James Merrell, whose firm is based in Sag Harbor and has designed homes on the East End for more than 30 years; and psychotherapist Dr. Robert Stein, who has practiced for decades, and also serves as the chairman of the Sag Harbor Village Zoning Board of Appeals.

Ms. Perlbinder, who wanted to make films, explained to the audience her need for a director’s reel in order to further her career. Inspired by a 1988 article in New York magazine on Deconstructionism, she modeled her heroic architect after Peter Eisenman, whose architecture evolved from a conceptual process, which he called “Post Functionalism,” as opposed to “form follows function.” The dialogue in the film is taken directly from Eisenman.

At the time she directed “Home,” Ms. Perlbinder had already lived in a Norman Jaffe house for 20 years and decided to address architectural indignities suffered. She divulged with a smile to the audience that the film was, in fact, “a revenge movie.”

Like most laypeople, she knew very little about architects in 1969, when she and her husband wanted to build a small, modern vernacular house. We know what doctors, dentists and lawyers do, but, for most, hiring an architect is a once-in-a-lifetime experience. Her exposure to architects was limited to knowing about Frank Lloyd Wright and Howard Roark, the architect/protagonist in Ayn Rand’s novel “The Fountainhead.”

When she met Norman, she was “blown away.” The Perlbinders took a leap of faith and went on the ride that Norman offered them. The end result was, in reality, a small, modern vernacular beach house.

They accepted their architect’s idiosyncrasies, including the notion that it’s okay to have a bathtub in the bedroom.

Recently, with the sea rising, the Perlbinders had to move the house back from the dunes. This was a mixed blessing, as it gave the couple the opportunity to add to their small home while camouflaging the new addition in the landscape without detracting from the form of the original house.

Clearly, the Perlbinders adored Norman Jaffe and have become stewards of their own iconic house.

Of the film, Jim Merrell noted that on the surface it draws into play a kind of archetype/stereotype and questions what an architect is supposed to be and how clients could want an architect to be like the one portrayed.

Paul Goldberger observed that the film was “almost true, but not quite,” especially with the architect riding roughshod over his clients. Dr. Stein explained that behavior has a lot to do with how people negotiate separation, attachment and loss, and the home actually becomes a projection of statements that the clients are making about themselves.

Dr. Stein called the architect in the film a narcissist and said wryly architects needed to have a bit of that trait.

According to Mr. Merrell, privacy issues are such that clients won’t allow architects to publish their houses.

Houses are larger than ever and Dr. Stein talked about how clients are controlling dimensionality. Quite a few Jaffe houses have been demolished in recent years, including the Chico Hamilton and Raynes houses. Not only are people averse to fitting into someone else’s vision, but land values are such that a minimal, modest modern home no longer makes economic sense.

As for the client whom architects would want to have, Mr. Goldberger cited architect Louis Kahn for “liking the kind of client who knows what he aspires to.” According to Mr. Merrell, there are really three types of clients: the ones who see the house as a product, the ones who are essentially collectors finding self-expression through the work, and those who inspire the architect to do something great. Mr. Goldberger also threw out the notion as to whether or not a great house has to violate convention.

At the end, Ms. Sultan nicely redirected the conversation back to the basics of form, function, art and architecture. When it comes to designing a home, Mr. Merrill said, clients should bring openness to creativity and trust the process. Both architect and client should also feel comfortable with one another.

Dr. Stein saw the issue of permanence as the significant issue facing the East End today. Designating Sag Harbor’s historically African-American neighborhoods as a historic district speaks to that issue, because districts are more important than individual houses.

At a certain point, the discussion almost seemed like a parody of a parody. These discussions on the nature of the home and the architect-client relationship have occurred regularly for the last 40 years. The 800-pound gorilla in the room that no one mentioned—the real estate industry—has set the whole notion of what a home ought to be on its head. The house is becoming nothing more than an expensive hobby and commodity.

These days, my idea of a good client is the one who tells me they want to die in the house that they’ve built.