Is Your Compost Really Compost? - 27 East 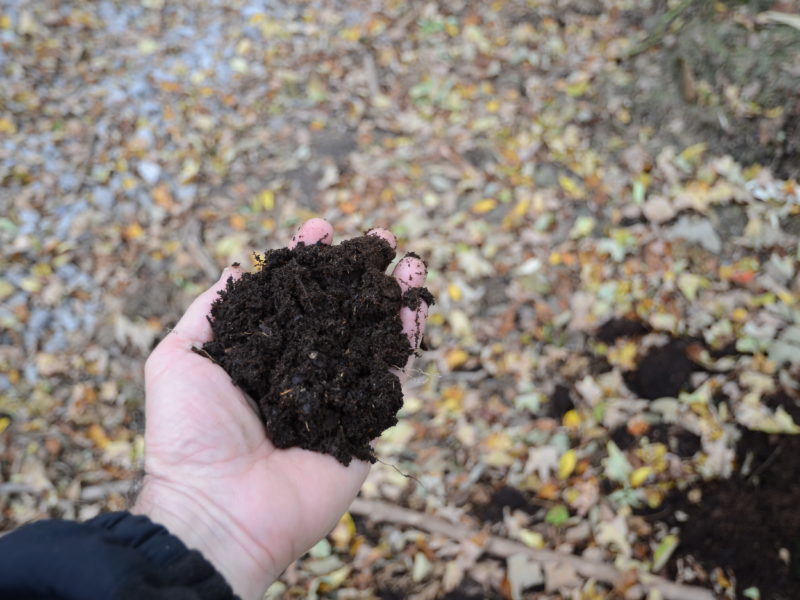 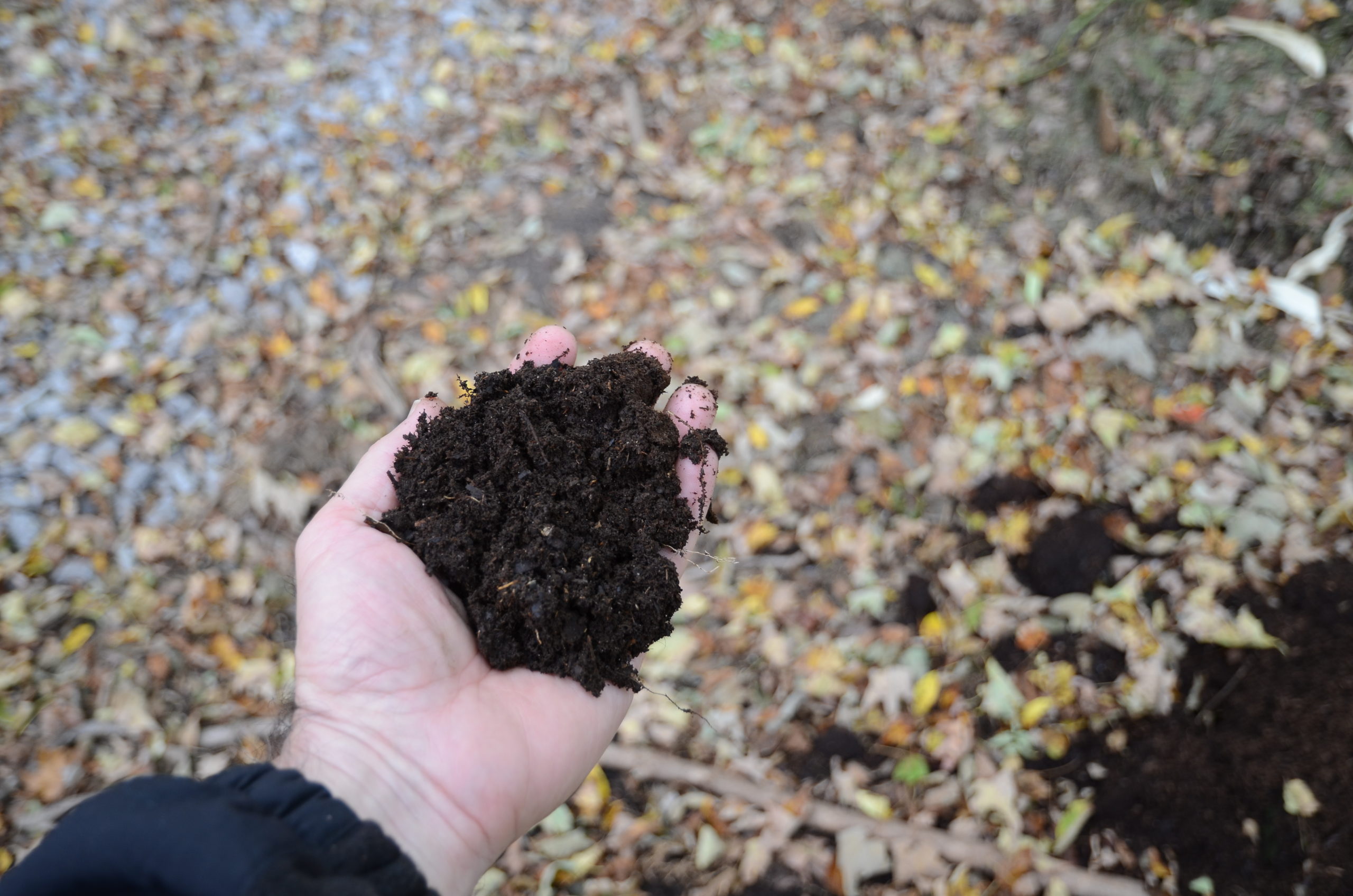 A handful of the Hampton Gardener’s homemade compost after about a year of “cooking.” The ingredients included shredded leaves, chipped tree limbs and branches, grass clippings and kitchen scraps. This is black gold for your garden. 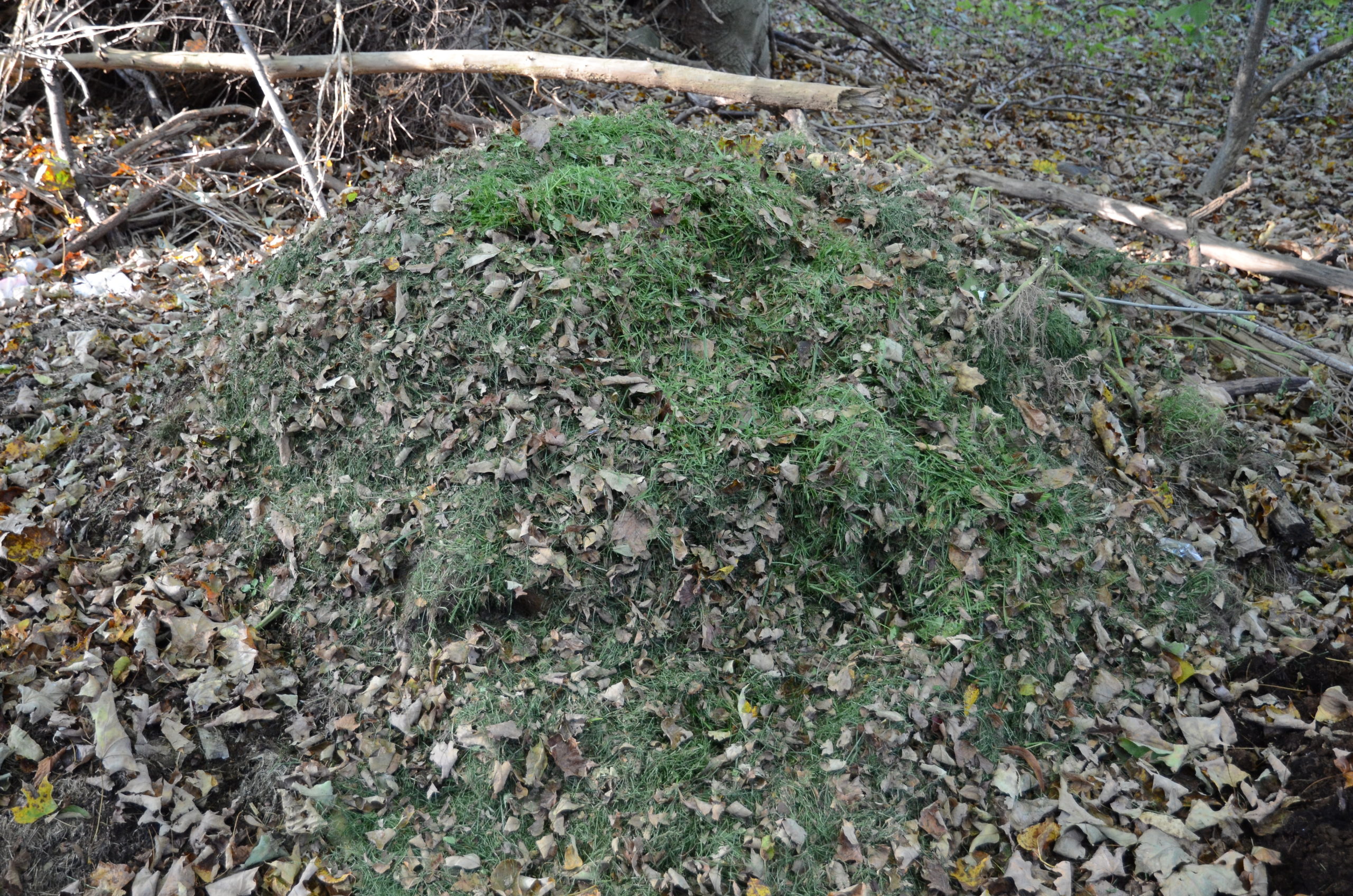 Even the simplest compost pile needs to be layers of organic material that will be transformed into humus in three to 12 months. If the pile isn’t properly started, turned and tended, it will turn cold and possibly anaerobic. This leads to a dead composting effort. ANDREW MESSINGER 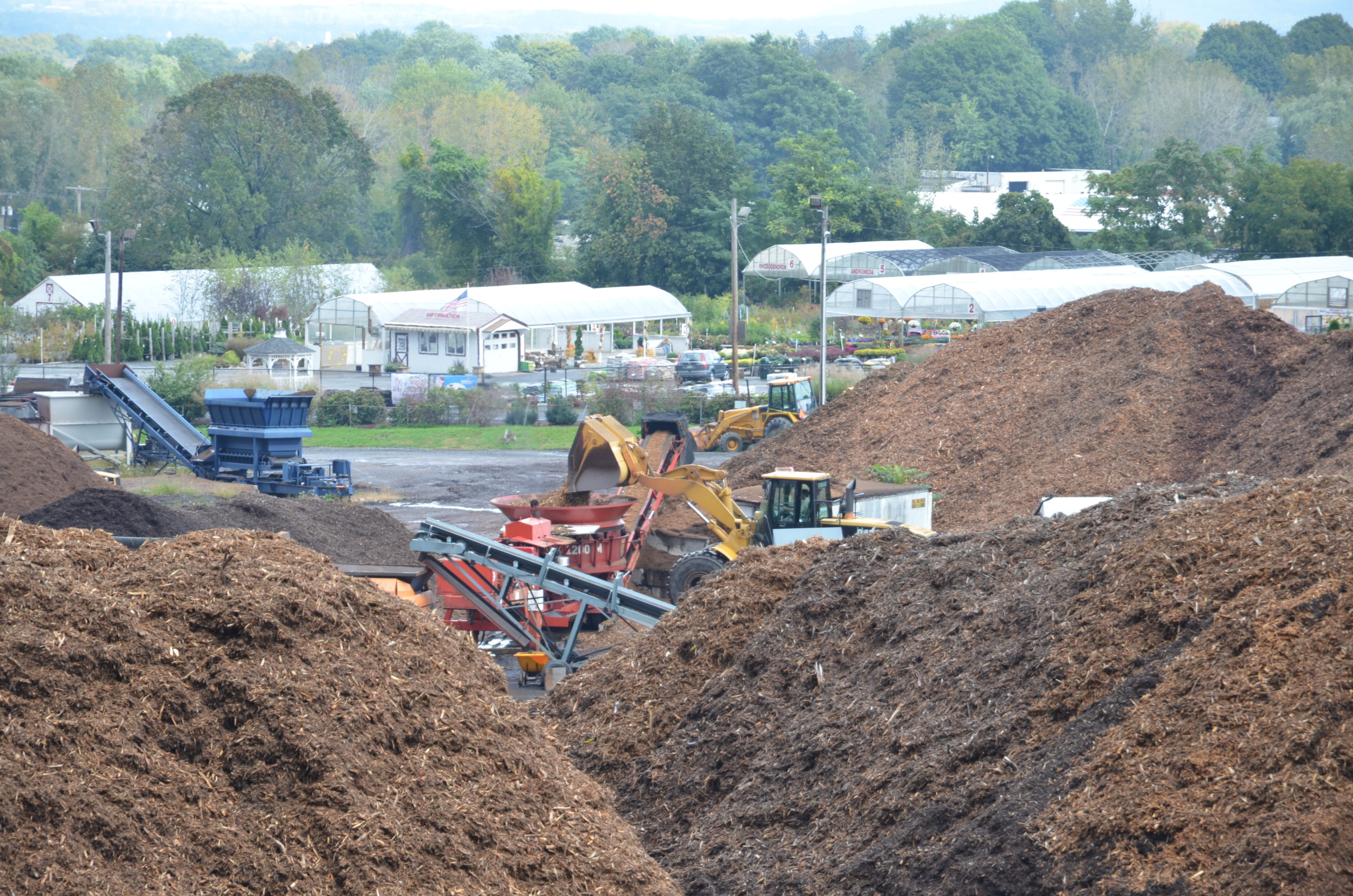 Commercial and municipal composting operations produce both mulches and composts. These are good for a number of garden applications but don’t assume that they are "organic" or tested for their contents and quality unless you see the certificate. Bagged compost products should carry certifications as well. ANDREW MESSINGER

I have a neighbor to the east and another to the west. Both claim to compost. But do they really?

Composting for my western neighbor involves putting the fallen fall leaves into a big pile near the back of the garage. Twigs and branches get added as they are collected from the landscape. Whenever the lawn gets cut, which can be every couple of weeks to every couple of months depending on when they come out, the cuttings simply get piled on. There’s no chipping, turning or blending. They have no clue how composting really works, but they’ve read about it and know that the stuff they put on their pile belongs on their property and not in a dump.

My neighbor to the east, neighbor Nancy who I write about often here, has a tiny lawn, trees in her backyard that drop leaves every fall, and a small lot she owns down the street where she has a few raised bed planters for vegetables. Since she uses an electric mower that mulches the grass blades she never needs to pick them up. Once a year she rakes leaves, and there’s some end-of-the-season residue from her raised beds. These materials all go onto her compost pile behind the raised planters, and over the years the pile has grown. She calls it her compost pile.

Calling these piles of organic garden waste “compost” piles makes both neighbors feel like they are part of the back-to-the-earth movement, and they see themselves as composters. But are they really? Are you? Really?

Merriam-Webster tells us that compost is “a mixture that consists largely of decayed organic matter and is used for fertilizing and conditioning land.” So, if we take the material from either neighbor’s pile and spread it on our garden, have we added compost? No, not at all. What’s missing is the process — the process of composting that reduces these garden and landscape residues into a friable mix that, when properly “cooked,” becomes humus. Again, back to Merriam-Webster, humus is “a brown or black complex of variable material resulting from partial decomposition of plant or animal matter and forming the organic portion of soil.”

Bottom line, composting is a process, and that process produces humus, which is a primary and critical building block of good garden soil. A pile of garden debris isn’t compost. But when that garden debris is broken down, possibly by physical (as in a shredder or chipper) means, then mixed in the proper proportions of carbon (dark stuff) and nitrogen (green stuff) a cacophony of bacteria and other microbes heat up the debris and the rise in temperature aids in the decomposition. When done in the right proportion, garden gold, also known as humus, is the result.

You can take your garden and landscape waste, mix in certain parts of your kitchen waste (never any meat or bones) and in just months have your own humus factory as you successfully become a true composter. You can find the basics here, on.nrdc.org/3r4uguX, or simply go online and find other resources on composting. It’s a pretty amazing process, and we should all be doing it, no matter how small our gardens or even balconies and decks are. Composting can be done in windrows for large operations, in piles, like how most of us home gardeners do it, and in a variety of smaller-size tubs, buckets and pails.

So, if compost is the processed and finished product of decayed organic material, then what’s mulch and can mulch be compost? Can compost be mulch? And what in the world is composted mulch? Again, Merriam-Webster. Mulch is “a protective covering (as of sawdust, compost, or paper) spread or left on the ground to reduce evaporation, maintain even soil temperature, prevent erosion, control weeds, enrich the soil, or keep fruit (such as strawberries) clean.”

Unlike compost, there are mulches that are not organic. These mulches are used as weed barriers and can come in rolls and sheets. Garden fabrics used to stabilize soils can be mulches. The black and red plastic that some use in vegetable gardens to increase yields, retain water and suppress weeds are also mulches.

Gardeners flock to home stores and garden centers each spring and buy millions and millions of bags of mulch. From bark chips to shredded coconut husks to cocoa hulls and pine needles, we use all these materials as mulches. Some will break down over a period of months as they mix with other garden organics, and they do become a slight source of compost. Others may take years to degrade and for the most part are only useful as a mulch and no more. Remember, for an organic material to really become a compost it needs to be mixed with a source of nitrogen, and this doesn’t happen easily with the commercially bagged bark mulches.

Ah, you say, but what about these big private and municipal composting operations where grass clippings are brought in by landscapers and are mixed with tree and shrub debris brought in by arborists and tree service companies? Yes, they are, for the most part, composting operations, but we have no control over what goes into these composts. If they are not tested, you can end up with some “compost” that you may have wished you hadn’t gotten. Even if it’s free.

On the other hand, if you have a shredder/chipper, even a small one, you can blend your chipped or shredded tree limbs and branches with grass clippings and have a great supply of compost pretty quickly. Just shred the limbs and branches, and you’ve got a great organic mulch that will slowly degrade in the garden and self-compost. Add grass clippings for the nitrogen component and the “magic” begins.

Seashells? Yes, some can be used as a mulch and as they age they release nutrients like calcium, which can help your soil. Out here you may come across a property where the (wealthy) owners have brought in crushed oyster shells as a mulch. It looks nice, reflects the sunlight so it keeps the soil cool, but it’s really not much fun walking on crushed oyster shells in your bare feet. Nonetheless, it’s used at beachfront homes instead of bluestone and pea gravel in driveways, walkways and in landscape beds. Oyster shells can also be added to your compost pile. More on oyster shells here: bit.ly/2MebWQY.

And now the big question. Can compost be used as a mulch? Absolutely. Early every spring I used to watch Patrick Manley’s landscape crew apply bags and bags and bags of composted manure onto the beds of a very large planting of Rosa rugosa on a beachfront property. I loved the fresh, earthy aroma but the composted manure served a couple of purposes. It was applied fairly thick throughout the rose bed, maybe 2 inches deep. The depth of the material was such that it acted to suppress any weeds and weed seeds. Through the spring and summer the mixture broke down slowly, releasing the wonderful nutrients that are derived from the manure by the soil microorganisms.

The Rosa rugosa would get a pretty good sheering in late winter, the mulch applied, and the beds looked great as the rose canes sprouted and grew shoots. In early summer they began to flower and continued well into the fall. No other fertilizer, no other compost, no other mulch. Just a couple of inches of composted cow manure and the roses thrived.

So, yes, there are many ways and applications where a compost can be a very effective mulch. Just be mindful of what you’re using and, of course, keep growing.

In last week’s column, we took a look at the magnificent and exotic woody vine ... 14 Mar 2022 by Andrew Messinger
×