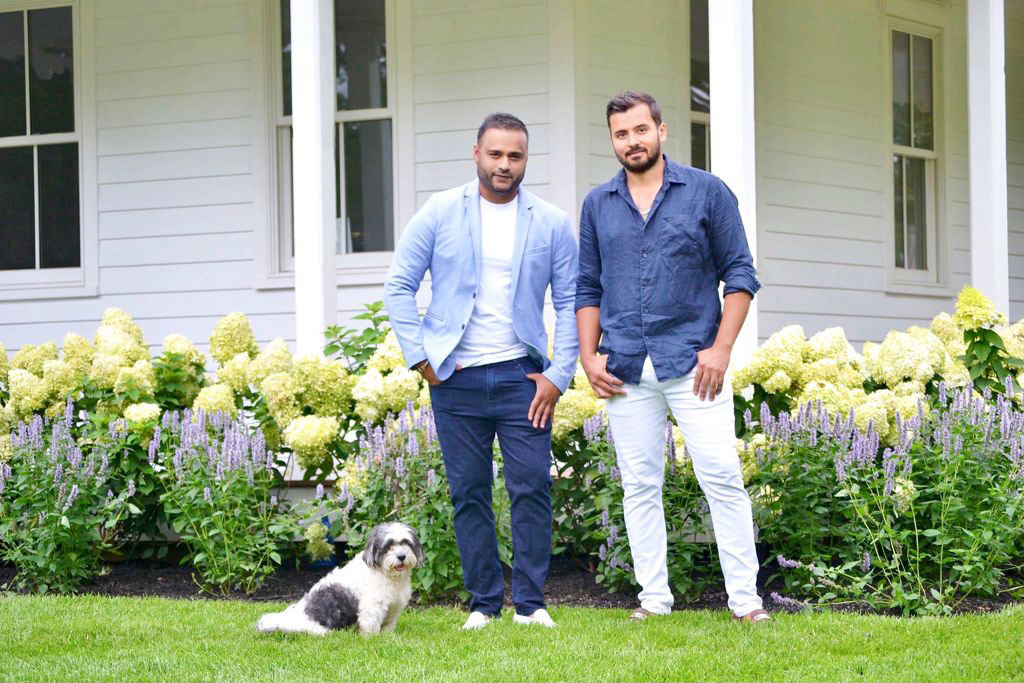 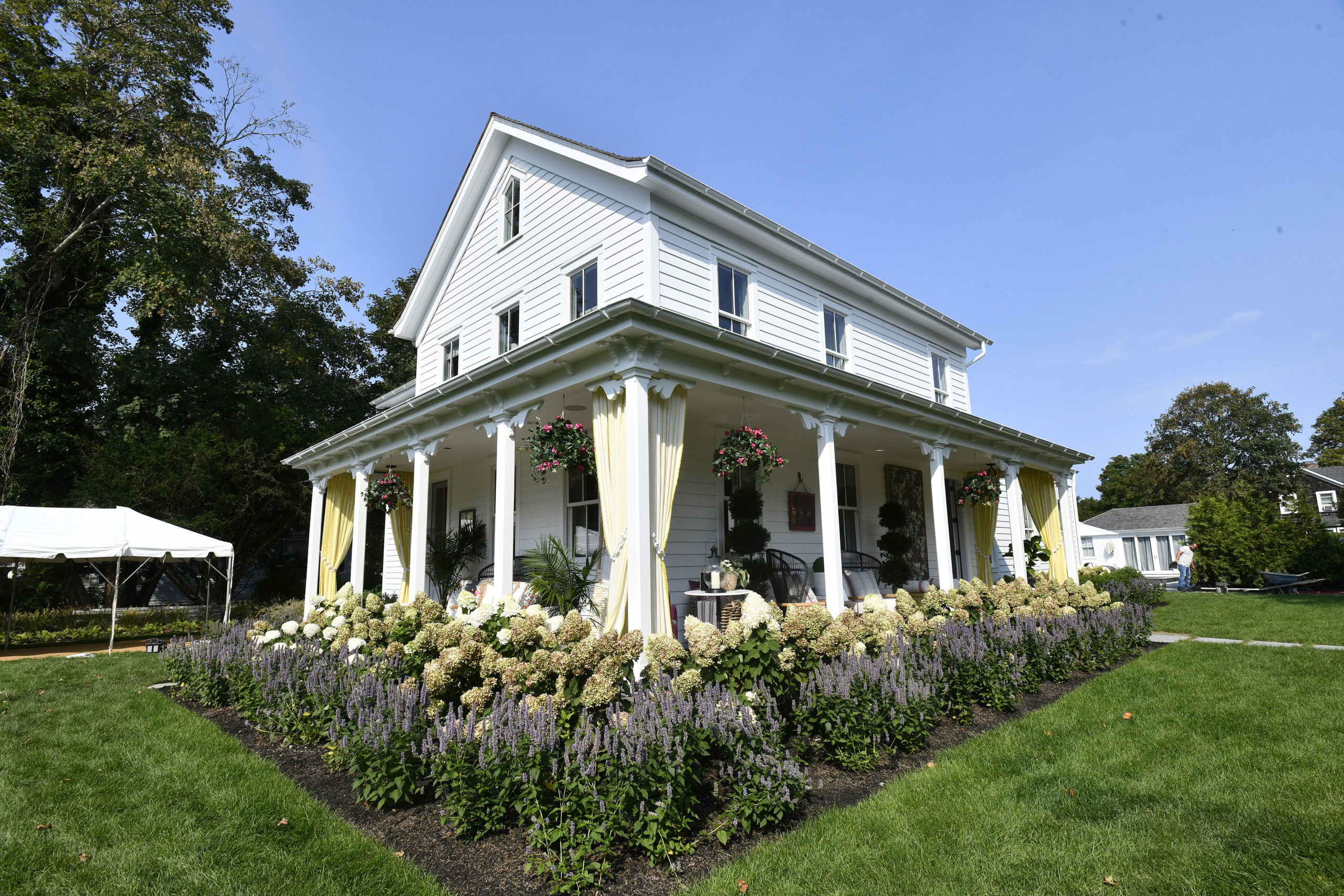 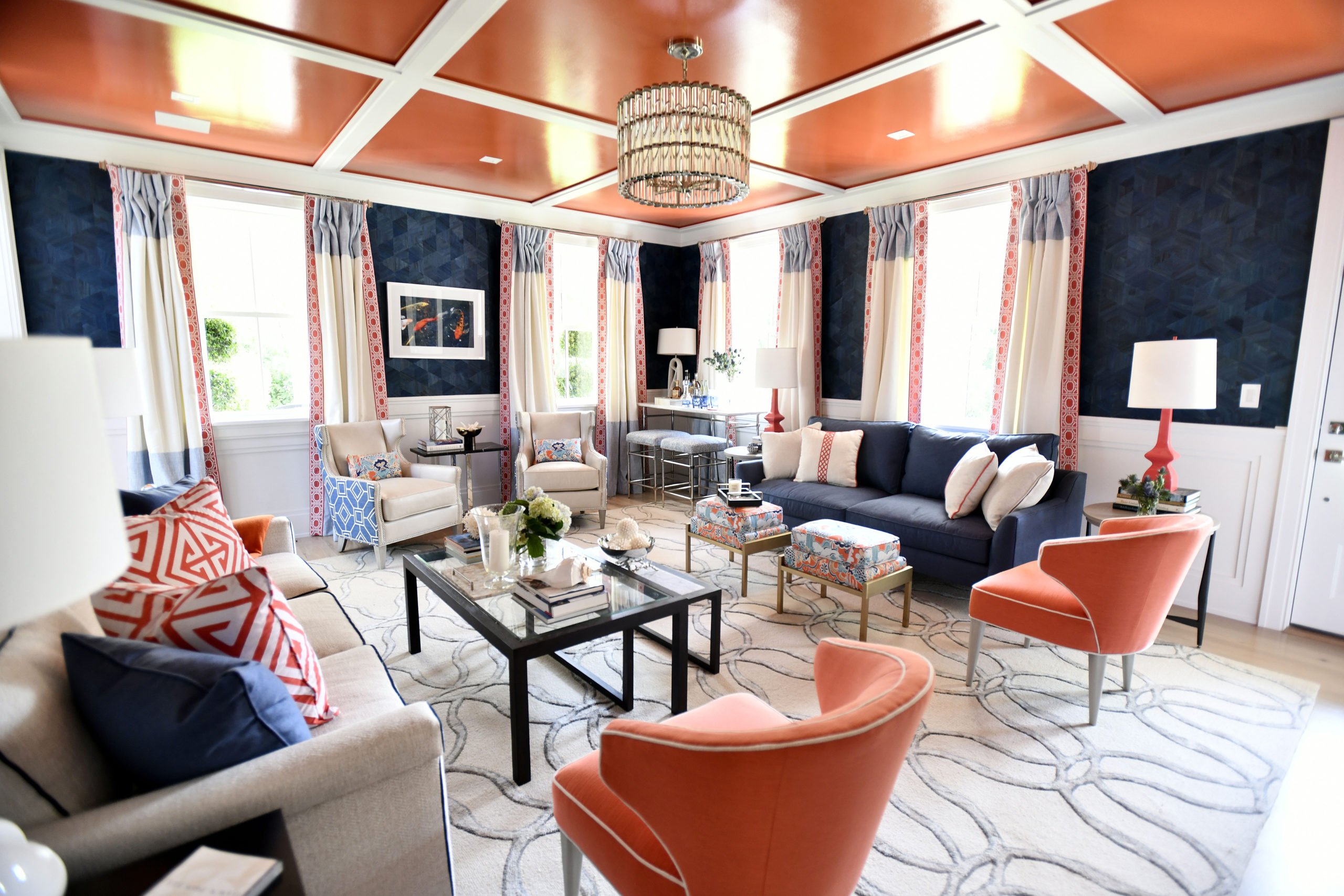 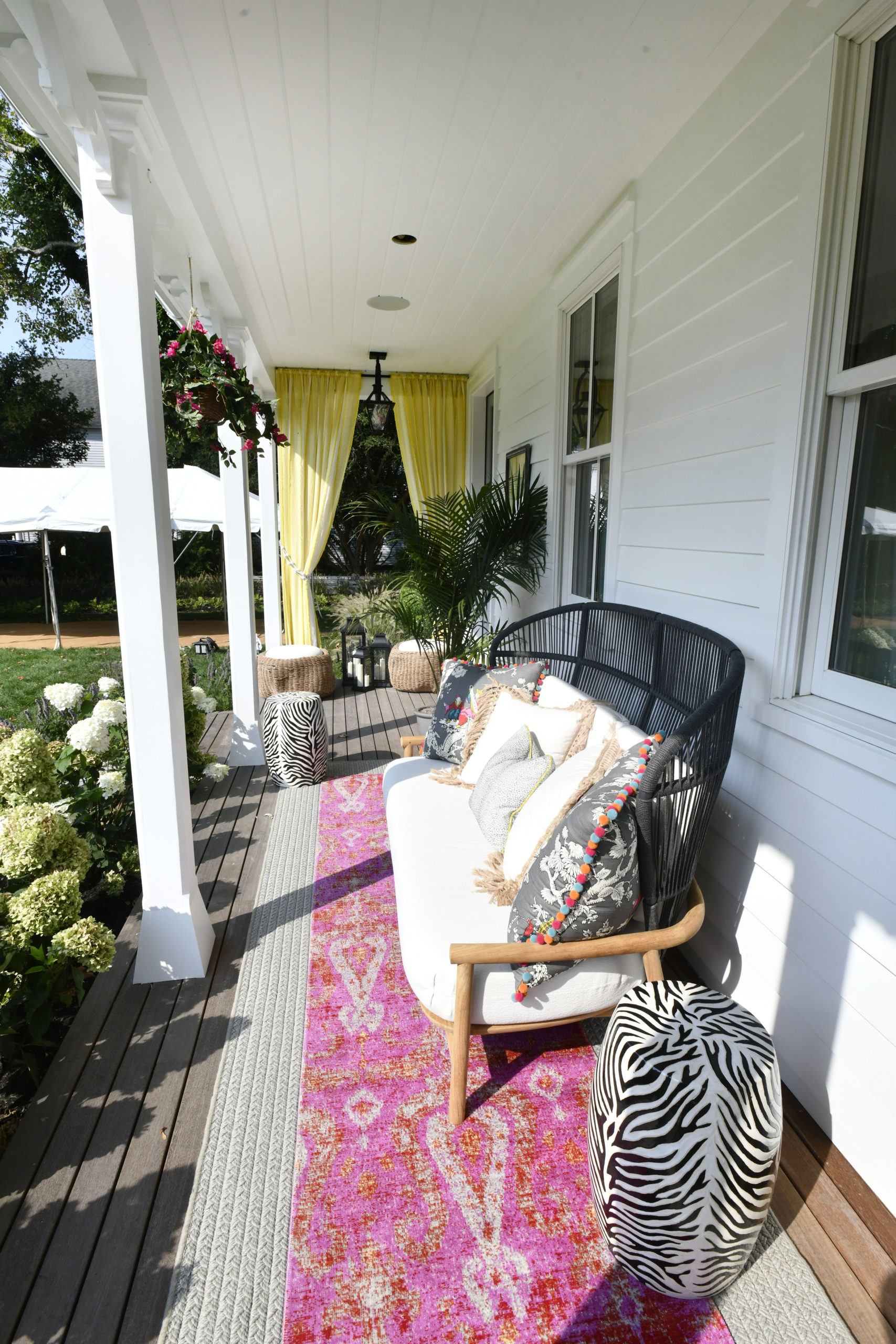 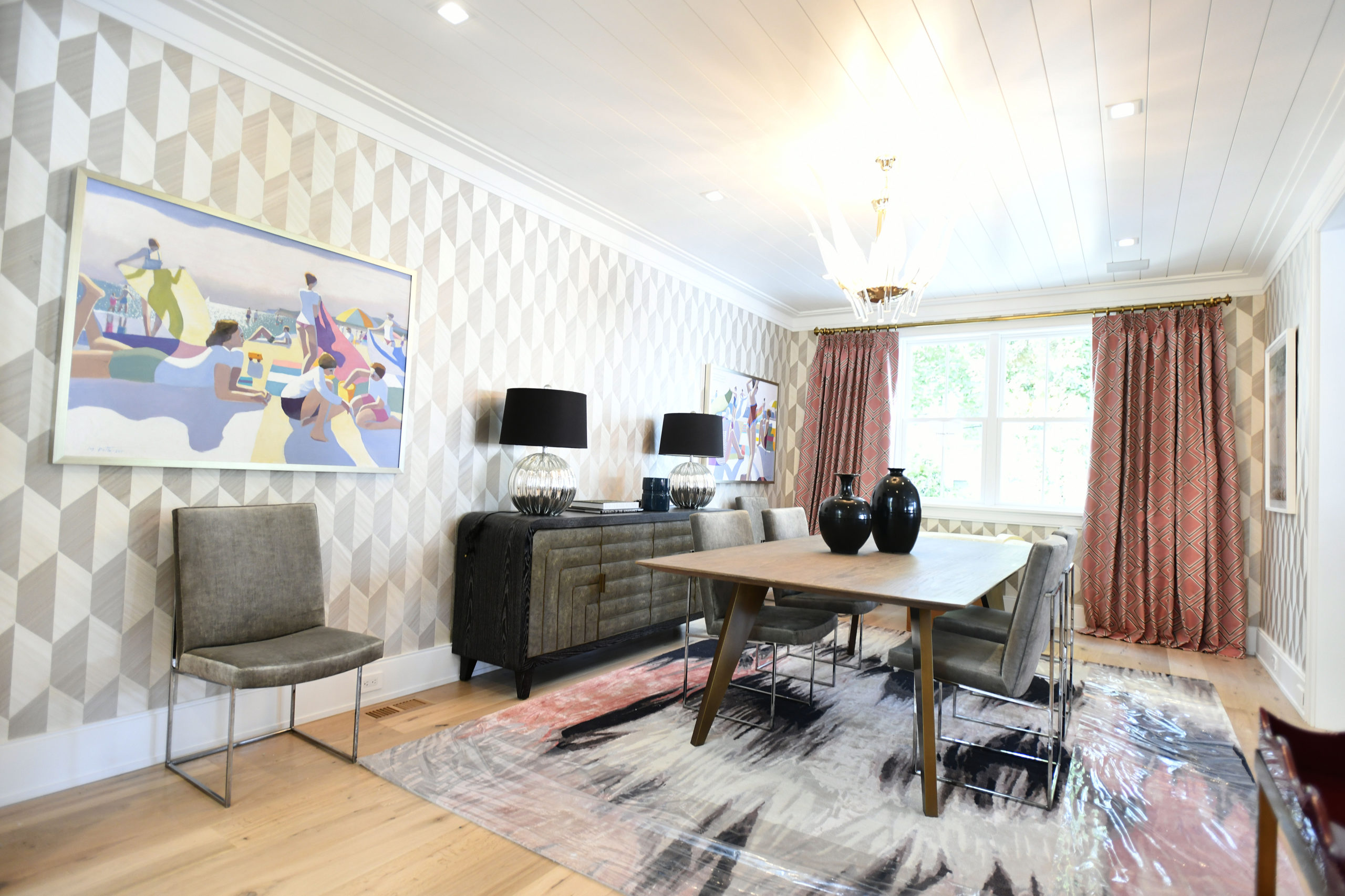 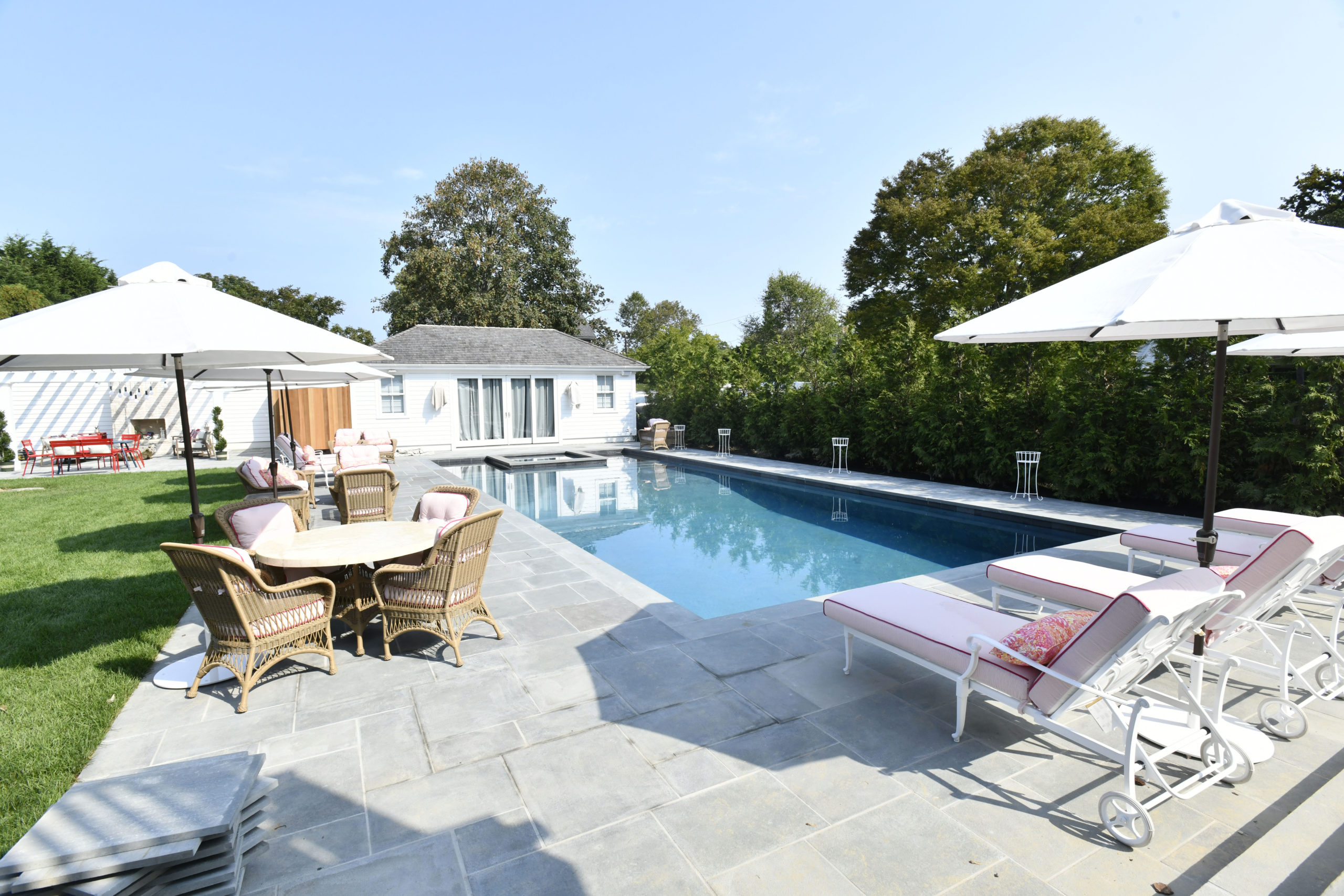 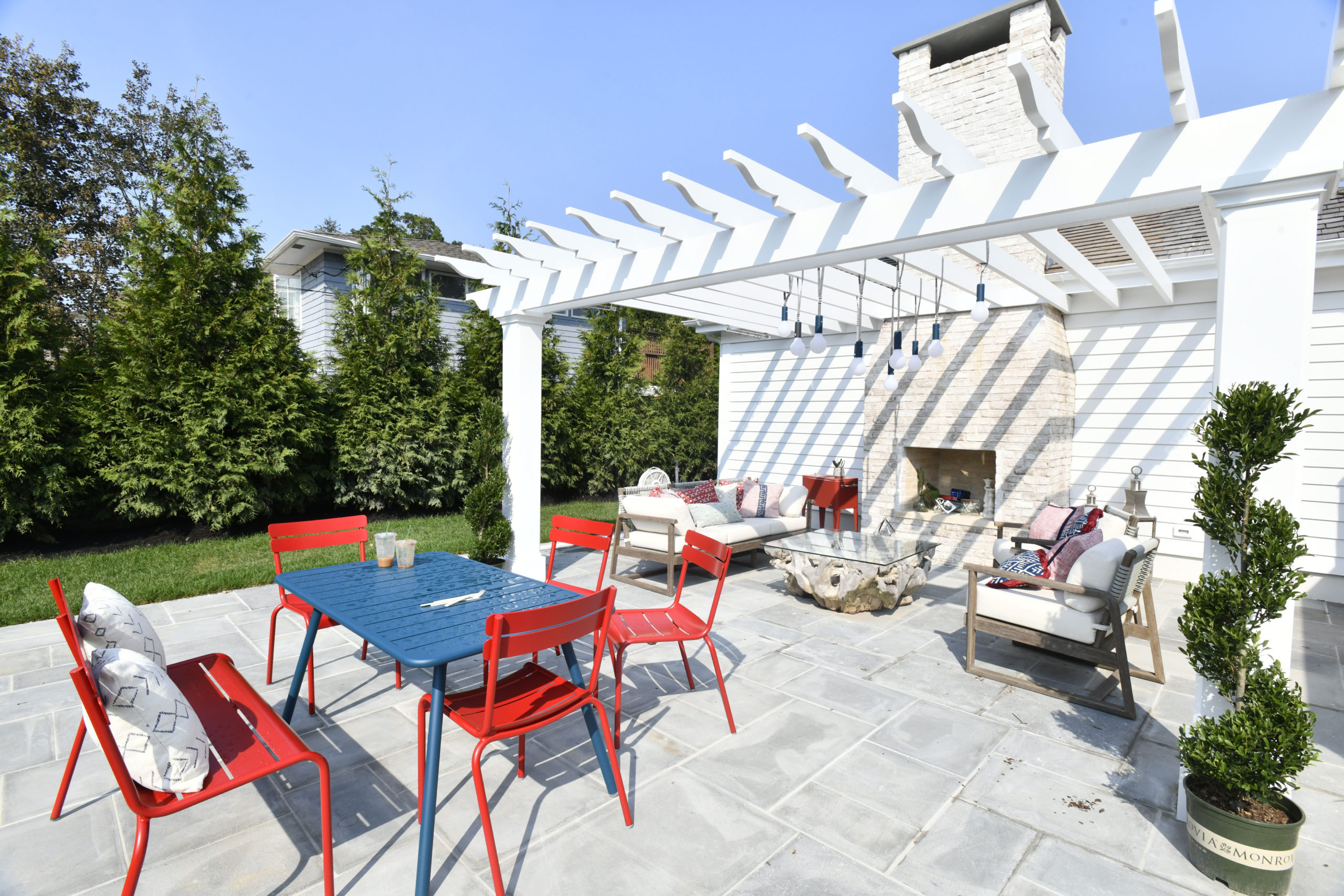 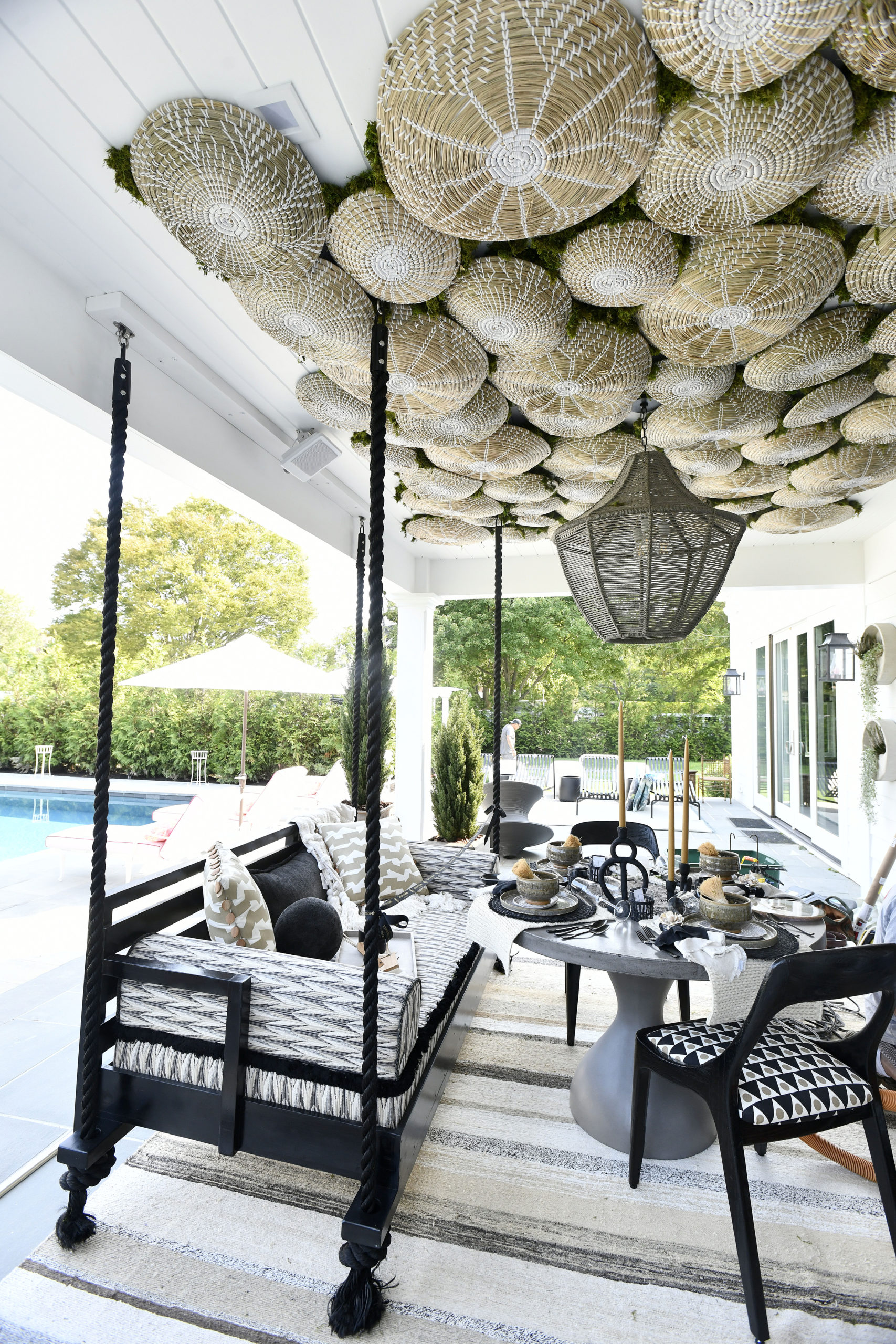 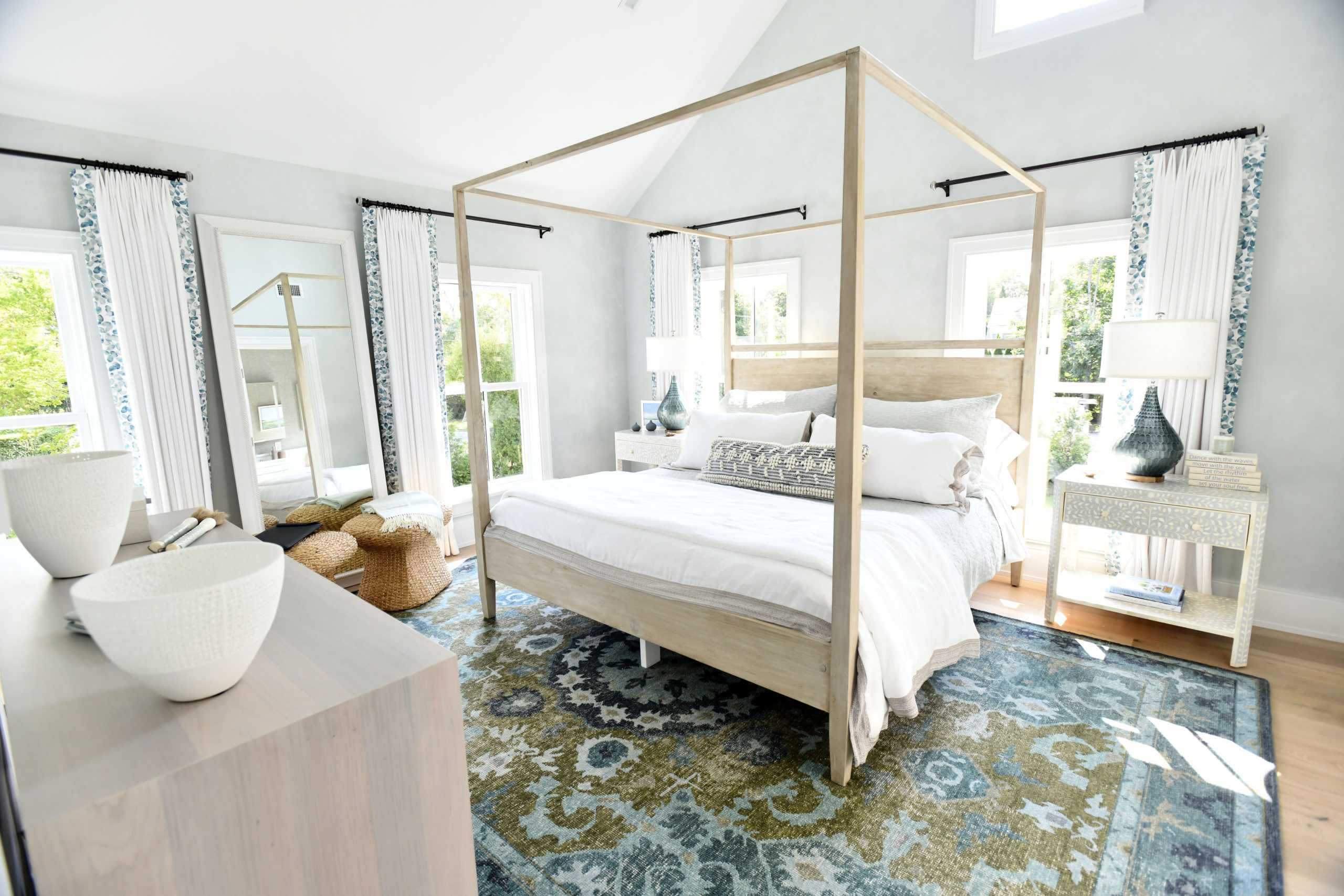 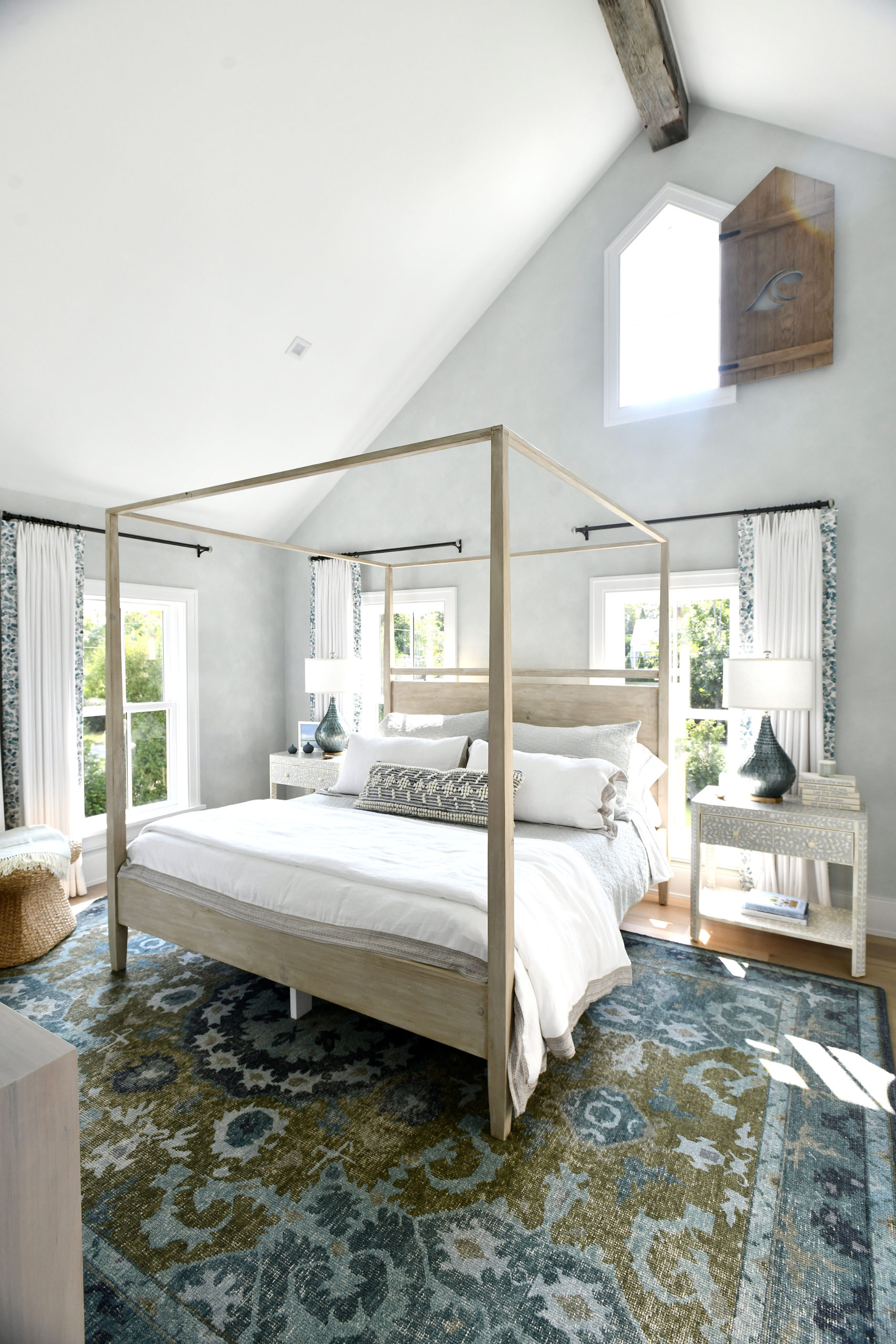 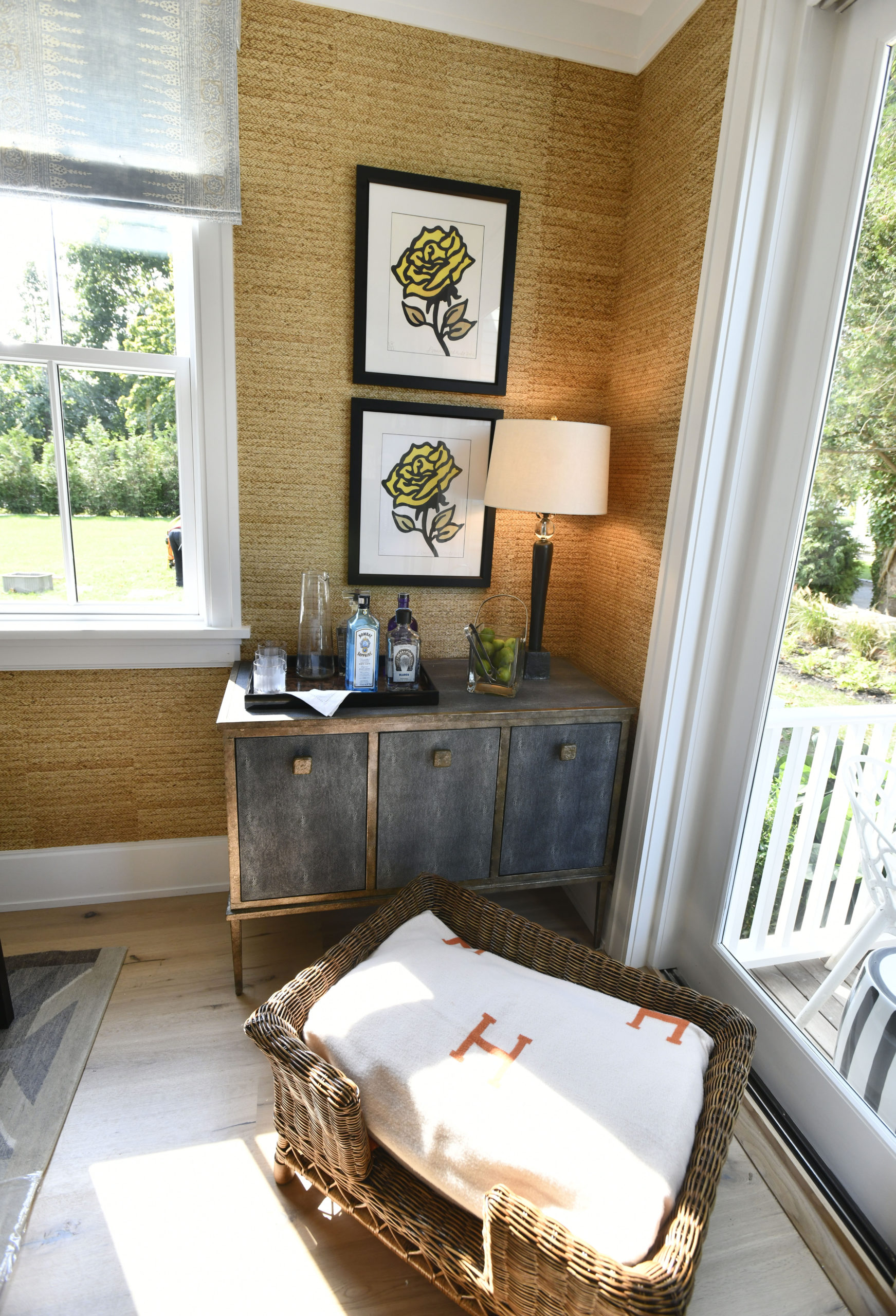 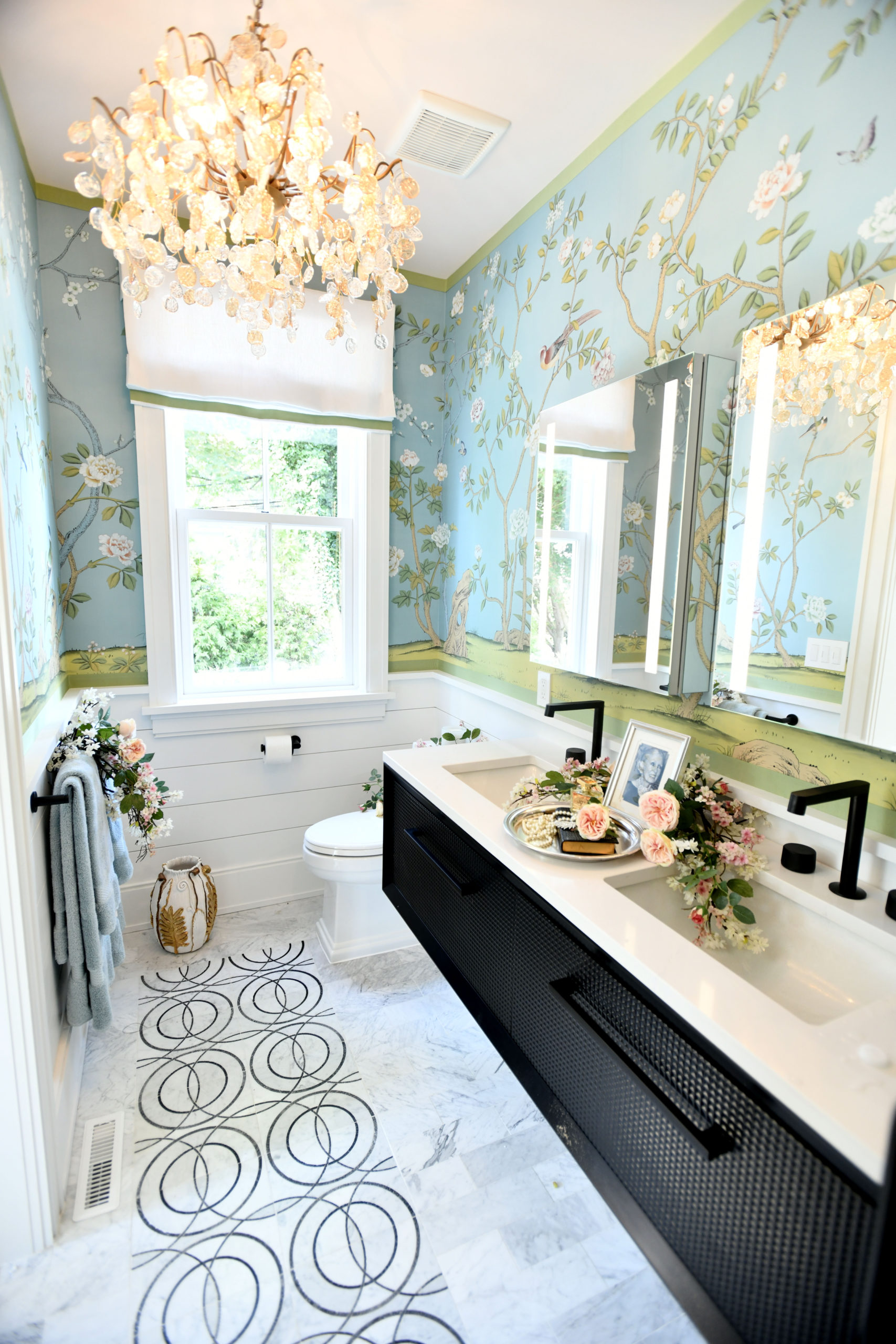 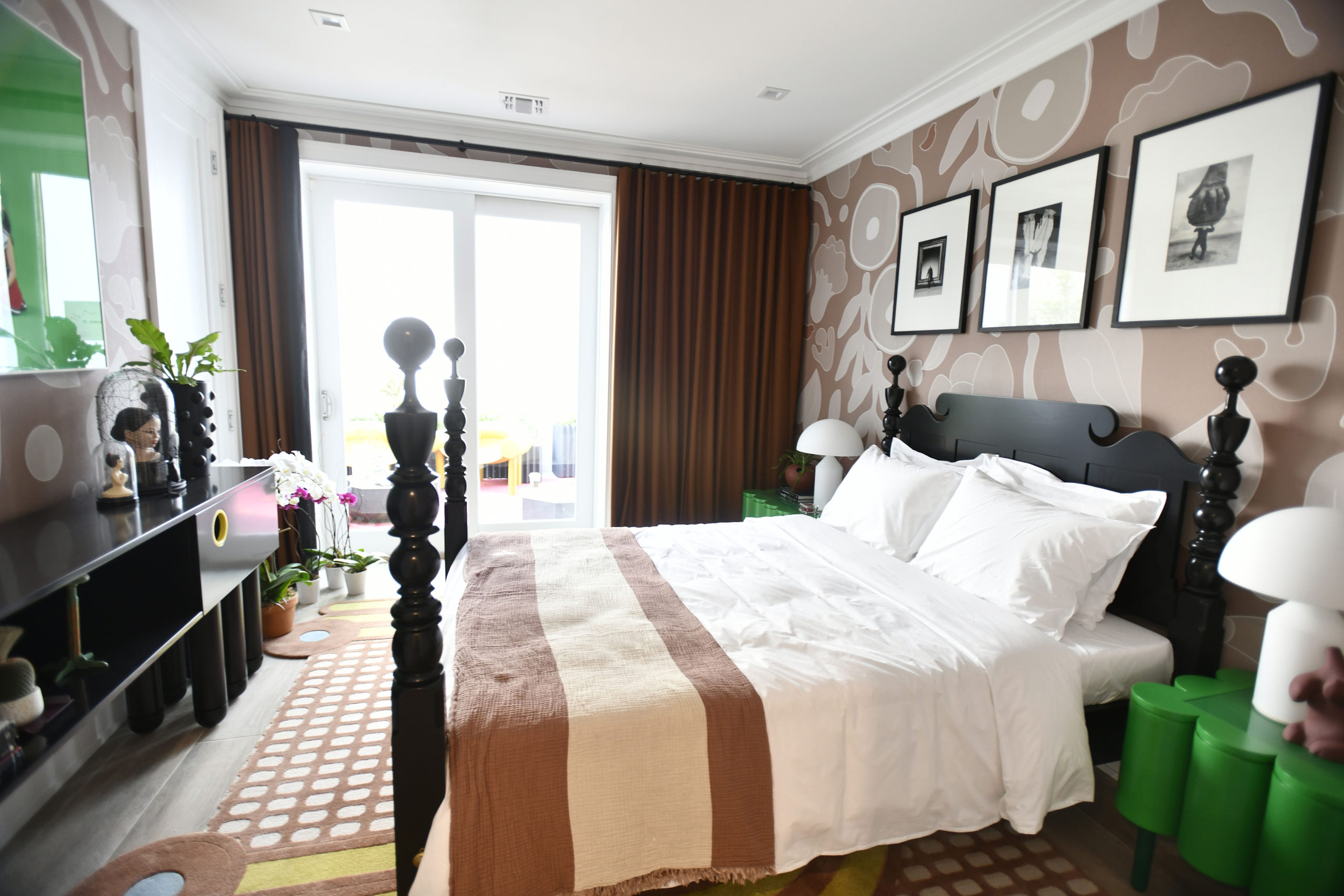 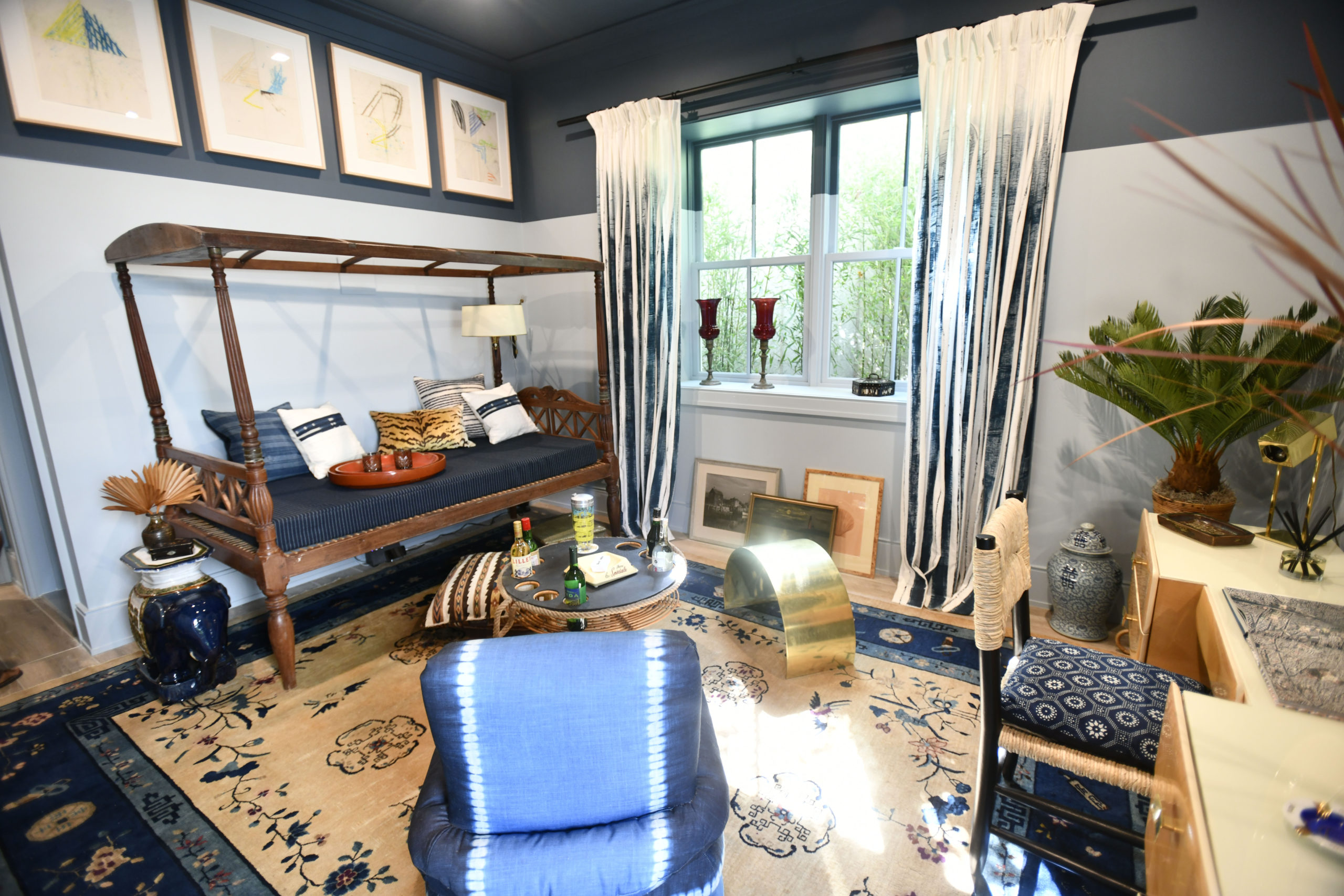 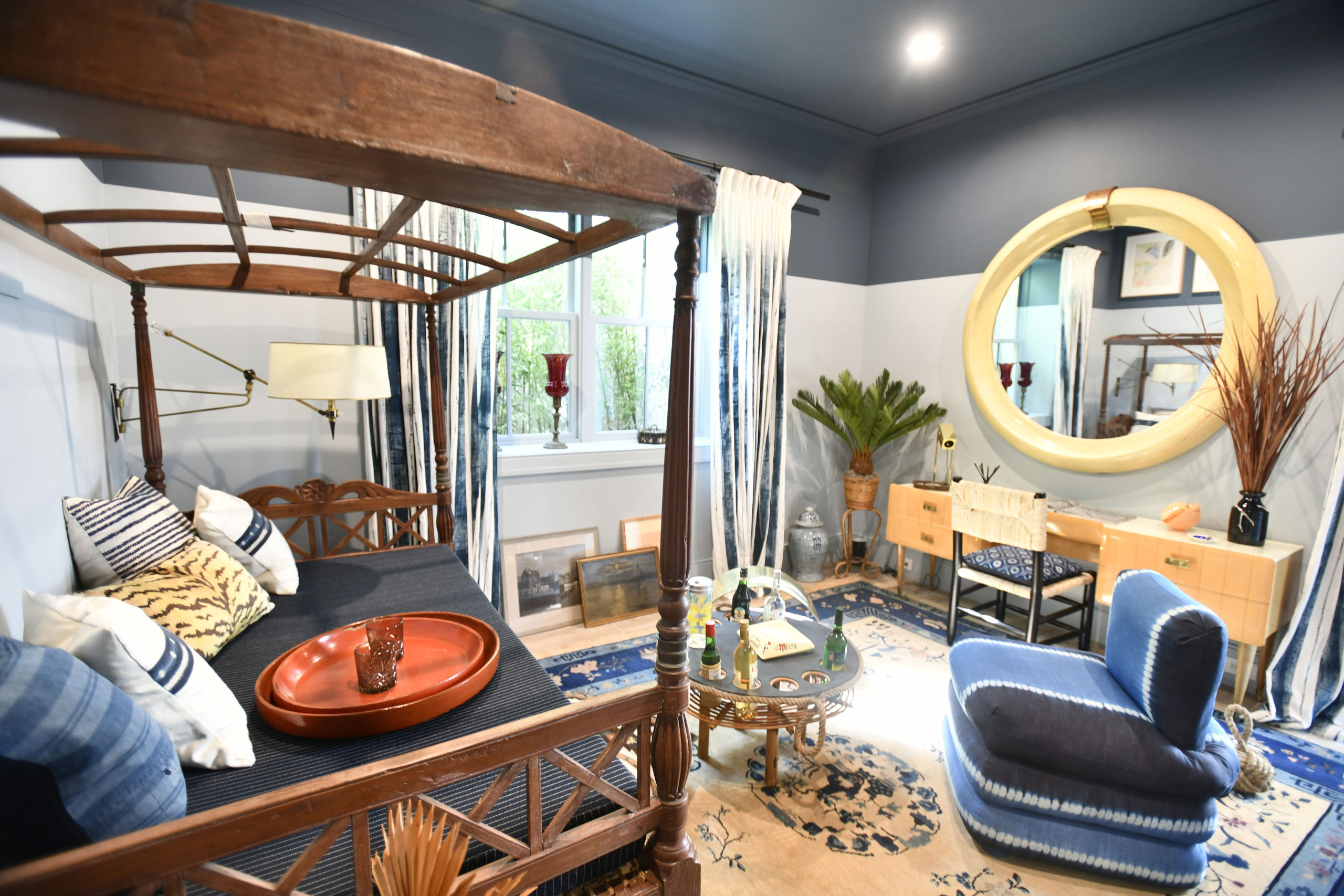 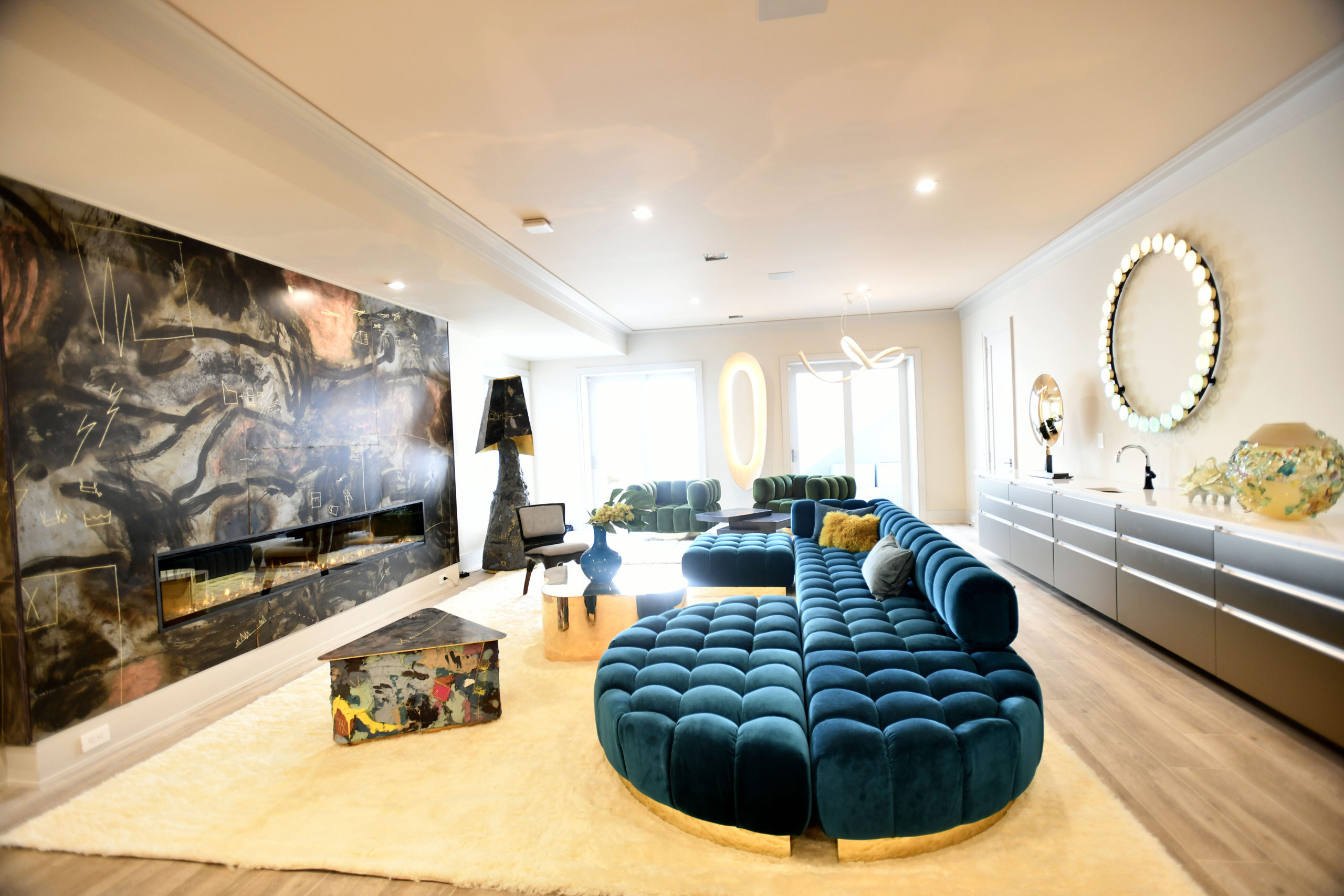 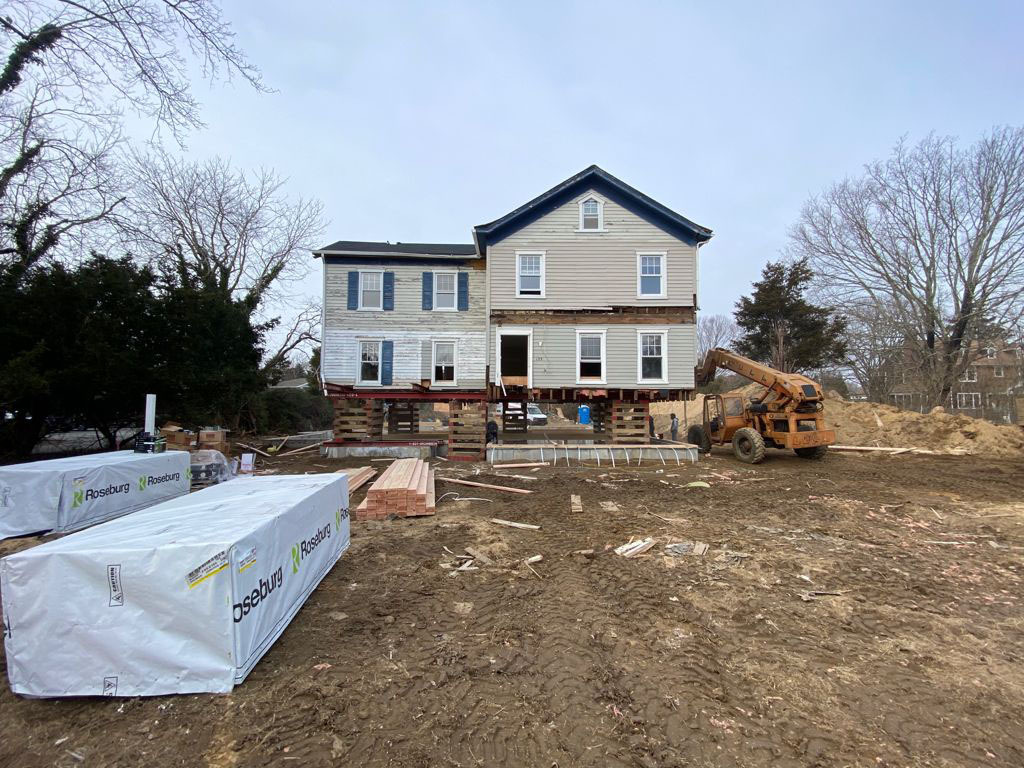 The house being lifted.

When Jason Khan and Juan Londono had the opportunity to purchase the old farmhouse at 1 Wooley Street in Southampton Village, they did not shy away from what they knew would be a challenge.

The home, which was built some time in the early to mid-1800s, was in need of a significant amount of TLC, and because it is designated as a contributing resource to the village, all updates and renovations would require oversight and approval from the Southampton Village Board of Architectural Review & Historic Preservation, known as the ARB. It was a labor of love, but one the couple was happy to take on. The fruits of their labor, and the hard work of more than 24 designers, is now on full display, as the home is being featured as the 2021 Hampton Designer Showhouse.

The showhouse, in its 21st year, opened on Sunday, September 19, and will remain open through Sunday, October 31, with visiting hours between 11 a.m. and 5 p.m. daily. Tickets are $40 and are available online or at the door.

Presented by Hamptons Cottages & Gardens, the showhouse is a fundraiser for Stony Brook Southampton Hospital and has raised more than $2 million for the hospital since its inception more than two decades ago. Designers Jamie Drake and Alexa Hampton are serving as this year’s honorary design co-chairs, and Audrey Gruss served as honorary preview party chair.

The annual event has been a way for designers — both those based locally and those from farther afield — to showcase their talents and design aesthetic, but this year’s event is extra special because the house itself has such a unique history.

The home, which has a classic farmhouse design, was originally part of the Wooley Estate, estimated to be built in the 1830s. Mr. Khan, the founder of JGK Equities, is a developer who specializes in preserving historic brownstones in Brooklyn, and he partnered with Doug Cavallo of Cavallo Builders to both renovate the existing structure and put on an expansive addition to create what is now a 7,000-square-foot residence, inclusive of the three-story main house and the pool house.

Mr. Khan’s nearly 20 years of experience in historic preservation, Mr. London’s input and expertise as a real estate agent and developer, and Mr. Cavallo’s expertise, which includes several sensitive renovations of old homes, were necessary assets, but they still admitted that it was an ambitious project to take on, especially in the midst of the ongoing pandemic, when the cost of construction materials has skyrocketed and supply chain issues are wreaking havoc in the industry.

Working collaboratively with the Southampton Village ARB was a painstaking but ultimately worthwhile piece of the puzzle, Mr. Khan said. Despite all the different considerations that had to be taken into account, the actual process of renovating the original structure and completing the addition took just nine months, with Mr. Cavallo’s crew breaking ground in November 2020. After going through the necessary steps with the ARB, the first part of the construction process was carefully lifting the home and setting it further back on the expansive property, allowing for more privacy and a better layout. Staying true to the design aesthetic of the original structure, particularly on the facade, was key. The original porch design with Italianate brackets and swan spirals was completed — and styled for the showhouse by Katherine Elizabeth — while the addition adhered to more of an open floor plan, with an expansive kitchen, breakfast area and great room. The size of the property allowed for great expansion and modernization as well, with a large gunite swimming pool, pool house, outdoor shower and outdoor fireplace tailor-made for entertaining. Alexa Hampton styled the pool area, with furniture by Woodard.

The addition was, by necessity, subservient to the original structure, but contains an expansive primary bedroom as well as second-story outdoor terrace space, designed by Arthur Golabek, that looks out onto the pool and surrounding area. There is also a fully finished lower level, complete with two additional bedrooms, a great room, home theater, and a partially sunken courtyard.

“We love the home and we love the location,” Mr. Khan said, while giving a tour of the home on a busy Tuesday in the final days leading up to the grand opening. The house was abuzz with contractors and designers carrying out finishing touches and updates, but Mr. Khan’s excitement about the work that had been done was palpable.

“I love preservation, which is why I took the project on, but it was a monumental challenge,” he said, adding that, in recent years, the home had fallen into disrepair, was abandoned for periods of time, and had also been poorly maintained during a period of time when it was a share house.

“The house had to be reimagined for today’s living, and for a family to use it in a modern way,” he said.

While there are several different design aesthetics present — the natural result of allowing more than 20 designers to put their own unique spin on different rooms and spaces — the home is an enticing blend of old and new. The front half of the house pays homage to the bygone era when it was built, with a cozy living room designed by Libby Langdon awash in bold orange and blue paint, and set up perfectly for entertaining guests with cocktails. The foyer features an expansive look up to the second floor, with original reclaimed wooden beams in the cathedral ceiling. A home office, done by BP2 Designs, with an exit to a small side patio, and a formal dining room, by Avery Frank, with wood veneer wallpaper are part of the original structure as well. The addition consists of an expansive kitchen, breakfast room and great room/family room, all in an open floor plan. Kate Singer of Kate Singer Design was responsible for designing the breakfast room and kitchen, with kitchen cabinets and overall design by Ciuffo Cabinetry, while Michel Smith Boyd designed the family room. The house also includes fixtures and vanities from Kohler, Kallista and Robern.

A guest bathroom on the first floor, designed by Jim Dove, has local flair, as it pays homage to the late fashion icon and Southampton social fixture Cathy di Montezemolo, a former fashion director at Lord & Taylor who was a supporter of local causes, such as the Southampton Fresh Air Home and Southampton Hospital. The bathroom includes a voice-activated lighted mirror by Kohler and bespoke wallpaper by British company DeGournay.

Kerri Pilchik of Kerri Pilchik Design, based in Ridgewood, New Jersey, and Shannon Willey of Southampton-based Sea Green Designs each designed a second-floor bedroom, and spoke about their design inspiration. In bedroom No. 3, Ms. Pilchick said she was using an English bed and breakfast as inspiration, layering in a lot of patterns and color, setting up a table for tea, and putting in details that would be found in a boutique hotel. In bedroom No. 4, Willey went for a look inspired by the “coastal Hamptons environment,” she said, incorporating the colors and textures of the ocean and surrounding farmland, while working to tie in the historic details of the Wooley farmhouse with coastal elements.

Brian Brady of Southampton-based Brady Design was responsible for the primary bedroom.

When the home was lifted and set back, the owners also added an 11-foot basement. That lower level has plenty to offer as well, including a home theater, additional bedrooms, and an outdoor courtyard. There is also an expansive “club” room, a collaboration between Melanie Roy Design and Todd Merrill Studio. The room includes a large conference table as well as custom jewel-toned sofas by Todd Merrill. There are unique pieces of contemporary art throughout the room as well.

Agreeing to give up living in their summer home — or forgo the money they could have brought in renting it — for several weeks was something Mr. Khan and Mr. Londono said they were happy to do in order to host the design showcase and raise money for Stony Brook Southampton Hospital. As they gave the tour prior to the official opening, it was clear they were proud of what they were part of, and what they had accomplished collaboratively with Mr. Cavallo to bring the home into the modern era while preserving and pay homage to its rich past. “We feel we accomplished making everyone happy,” Mr. Khan said.

The Hampton Designer Showhouse will be open daily for tours, which run through Sunday, October 31. Hours are Monday through Sunday from 11 a.m. to 5 p.m. with the last admission 30 minutes before closing. Children 6 and under, infants, strollers, and pets are not admitted. Admission is $40 and includes a copy of the Showhouse Journal. For tickets and more info, visit hamptondesignershowhouse.com.