A Tree House Worthy Of Childhood 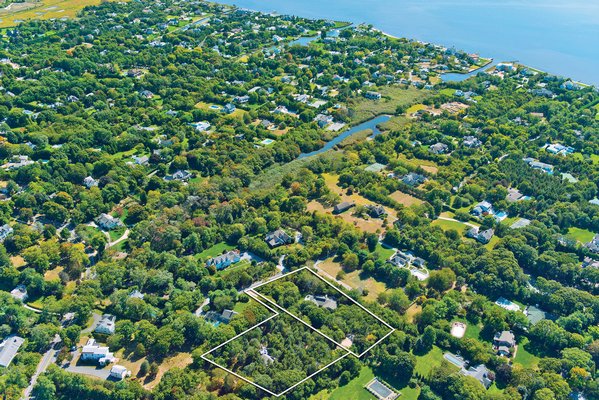 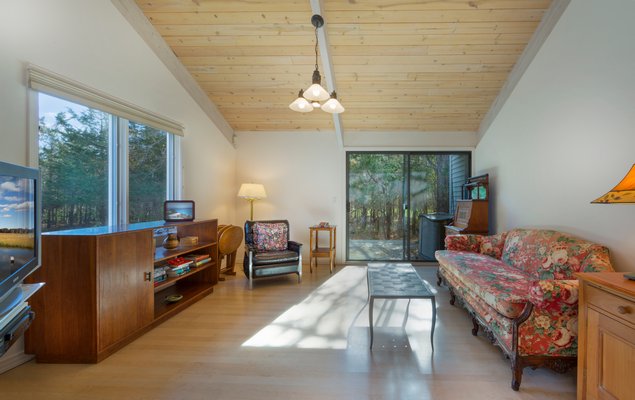 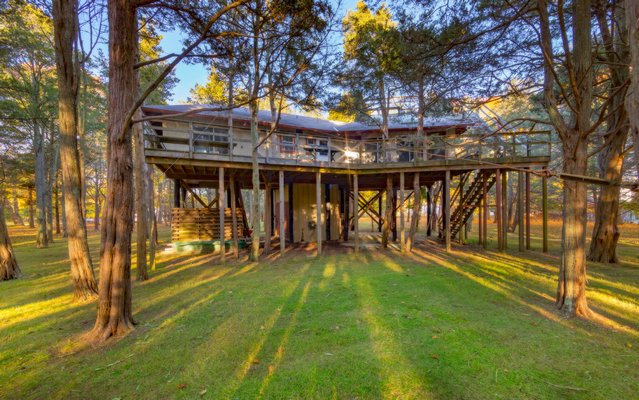 This tree house is part of a two-parcel listing that also has a main house in Remsenburg. COURTESY BROWN HARRIS STEVENS 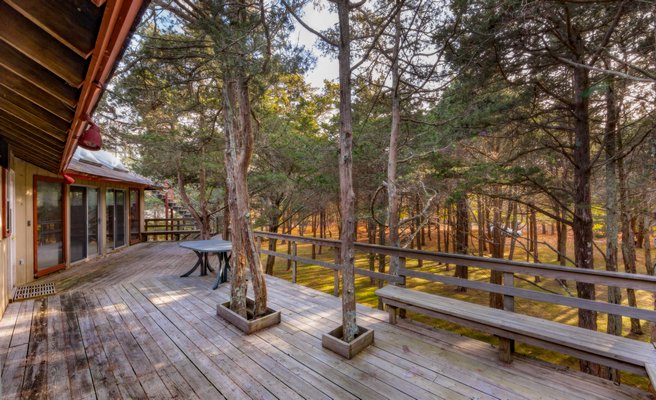 View from the deck of the tree house. COURTESY BROWN HARRIS STEVENS 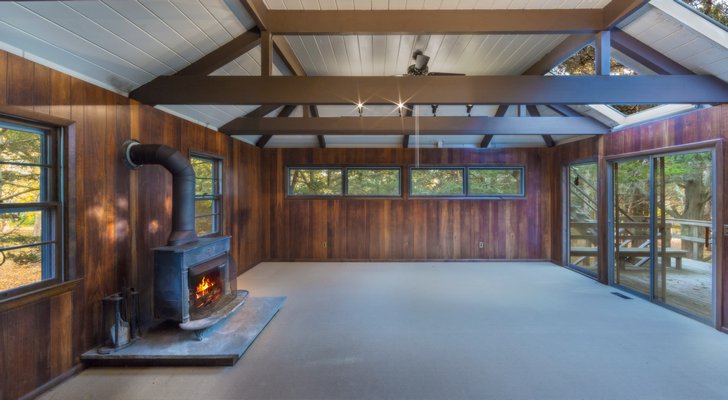 A private, woodsy Remsenburg property made up of two parcels and loaded with childlike charm, was put up for sale this week by its longtime owners.A main house as well as an adjacent tree house, both on Remsen Landing, are being sold together for $2.199 million.

Built in 1997 by Benita Cooper Marks and her family, the main house has five bedrooms and 3.5 baths, and sits on 1.24 acres.

While this home was being built, the Markses were living in the neighboring tree house. Sitting on 1.95 acres, it has two bedrooms and two baths, as well as a kitchen and living room. Tree houses of this size are a rare sight on the East End—this one was designed by local builder Paul Podlas and built by Ms. Marks’ father, Judge Irving Ben Cooper, in the early 1960s.

Judge Cooper “had immigrated to America as a young boy. He grew up in abject poverty but worked hard and, in true American-dream style, ended up becoming a renowned judge on the Federal Court,” said Brown Harris Stevens broker Deirdre DeVita, who is listing the property.

After buying a little cottage in Remsenburg in the 1950s, the judge and his family eventually discovered the property that now hosts the tree house.

“It was completely covered in cedar trees, which he loved,” said Ms. DeVita, and he wanted the house to be set among the trees and be reminiscent of the places in California that are built on stilts. “Over the years, he curated the grove of trees, removing many so that the rest could thrive. The remaining trees are numbered, with little metal tags, and were carefully cataloged by this gentleman in a special book.”

The second parcel is believed to have been purchased in the 1980s, and Ms. Marks inherited both in the 1990s. She and her husband, children and grandchildren have been using both houses for decades.

But, having not frequented it as much lately, they put the property on the market. Possibly, the next owners will have a healthy sense of playfulness and appreciate a property embedded in nature.