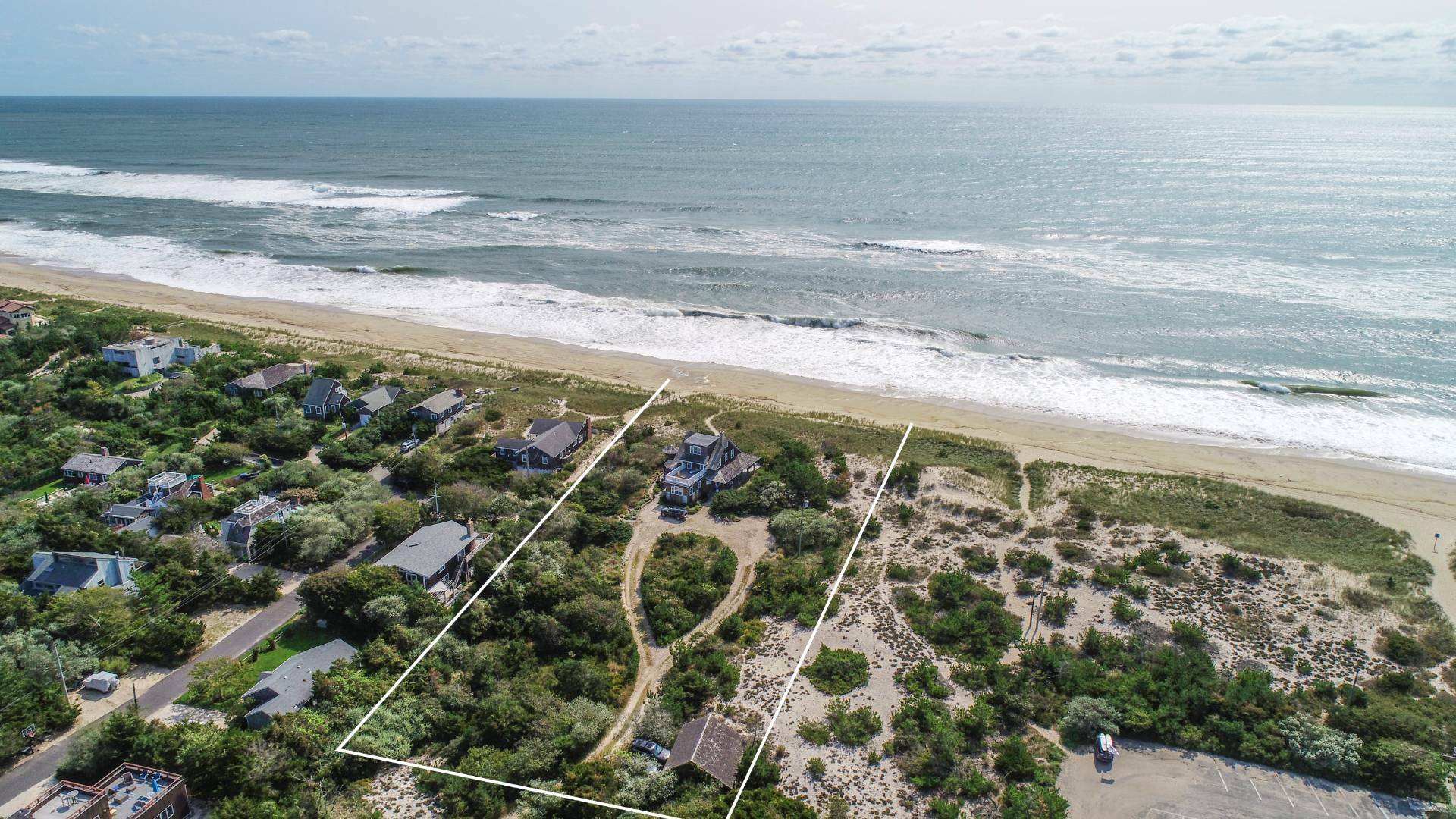 At 169 Atlantic Avenue, the 3,000-square-foot house is accessed via a long private driveway that wraps around Atlantic Avenue Beach, and there are reserves on two sides. According to the listing, the house dates back to 1903 and retains its original windows, which have been carefully maintained.

The first-floor living room has a fieldstone fireplace and glass doors that lead to a porch. The kitchen has a tiled floor and countertops and a bright breakfast area. To one side of the kitchen is a dining room, and to the other is a screened porch.

The second-floor master suite has a private porch with panoramic ocean views and a master bath with a frameless glass-tiled shower, a spa tub and a white vanity. Two additional bedrooms share a second full bath, and one opens to a upper terrace.

The third floor offers a private bedroom and bath.

Outdoors, find abundant deck space, both open and covered, and an outdoor shower.

The last asking price was $11.9 million. The deal closed on February 11. Saunders Real Estate represented both the sellers and the buyers. According to The Real Estate Report Inc, the sellers were Sheila and Jeffrey Britz and the new owners are Kyra and David Barry.

Mr. Barry is the president of Hoboken, New Jersey-based Ironstate Development Company, a residential, mixed-use and hospitality real estate development company. According to his LinkedIn profile, the firm’s forte is the mixed-use redevelopment of urban centers. He led the U.S. Greco-Roman wrestling team during the 2012 Olympics, according to Columbia University Athletics.

Ms. Barry was the team leader for USA Wrestling in the women’s freestyle at the 2016 Olympics, and she’s been the board chair of the Columbia College Alumni Association. She’s also a former president of Beat the Streets NYC, which “aims to develop the full human and athletic potential of the urban youth and strengthen the culture of New York City wrestling,” and she’s the chair of Govern for America, which searches for the next generation of public sector leaders.