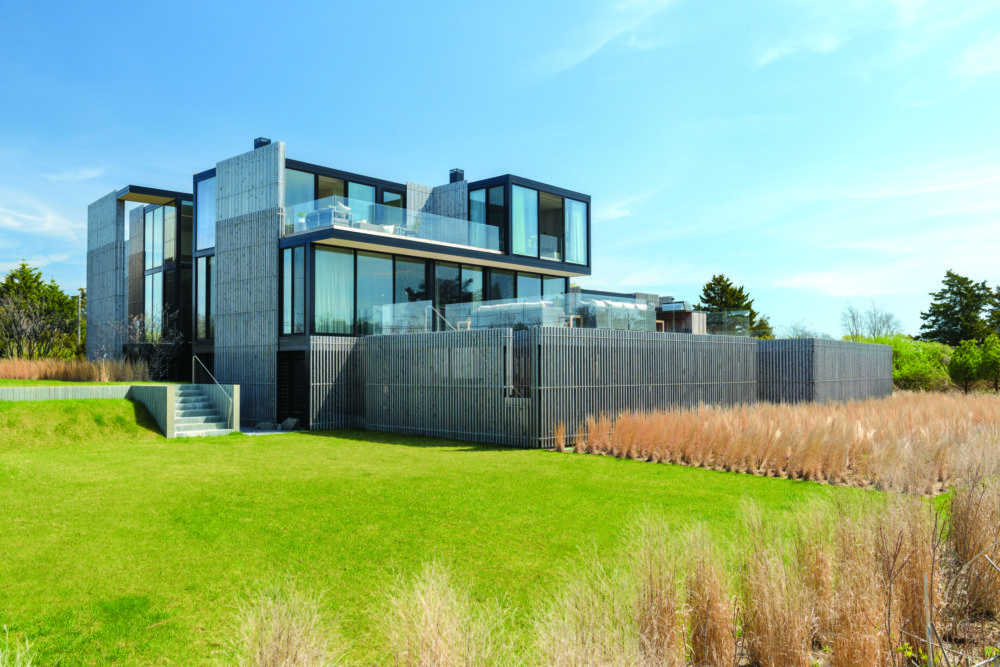 A new ultra-modern build in Sagaponack Village by East Hampton’s Bates + Masi Architects has sold for $14 million after more than two years on the market — though it was on offer before construction was completed.

Located at 139 Seascape Lane, the 0.9-acre property with ocean and pond views had been asking $18.5 million in 2018. It was then relisted in 2019 for $18 million before the asking price dropped months later to $17.5 million. That didn’t do it either. After the ask was dropped to $16 million, a buyer was found.

Christopher Covert had the listing for Saunders & Associates.

The 5,000-square-foot home made with wood, stone and steel inside and out includes five en-suite bedrooms and a total of six full bathrooms and two half baths. It is made up of four structures with Alaskan yellow cedar siding joined by glass-enclosed bridges. And it has an elevator.

The upper level features a large family room, two guest suites and a master wing with a home office. The master faces Sagaponack Pond and the ocean and has its own deck.

The first level has a double-height foyer with an open riser staircase. The gourmet kitchen has top-of-the-line appliances, a butler’s kitchen, Cold Spring black granite countertops, an island, and a stone backsplash. Two guest suites, a mudroom/laundry, and a power room can also be found on the first level.

Throughout the interior living spaces are oak flooring and Venetian plaster ceilings.

The grounds feature native plantings and bluestone rock gardens. South-facing decks surround an elevated gunite infinity-edge pool and spa. Also among the amenities are an outdoor kitchen and a pool house.

The buyer was Hamptons Seascape LLC, according to The Real Estate Report Inc.

The property was previously the site of a three-story house built in 1970 and a detached two-car garage. It sold in 2016 for $5.5 million, according to town property records, and the structures were razed in November of that year to make way for the new construction.