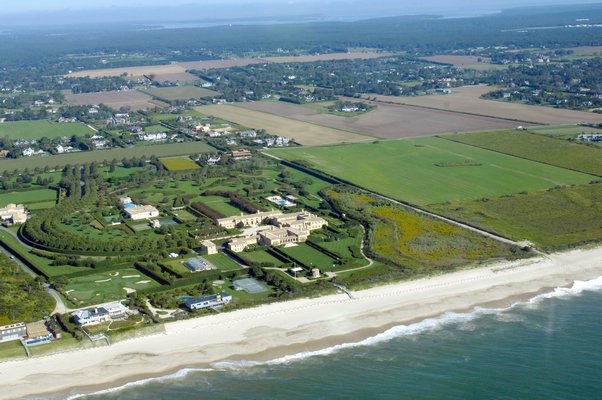 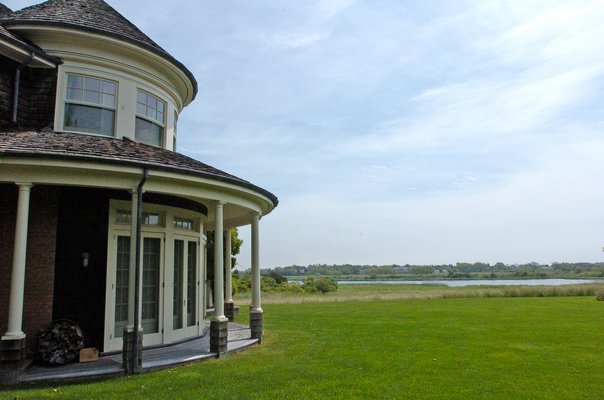 The gardens at the home on Ocean Road in Bridgehampton. DANA SHAW 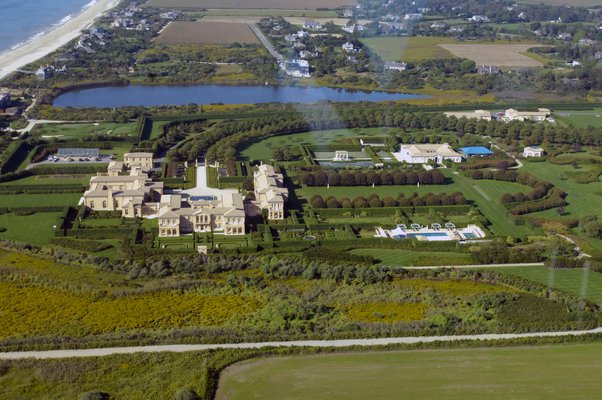 Billionaire Ira Rennert, famous in the Hamptons for his 63-acre estate in Sagaponack, is on trial in federal court in Manhattan, accused of pilfering almost $120 million from his ailing company to help fund construction of the estate in the late 1990s, which was at one point considered the largest occupied home in the country.

Lawyers for creditors of Utah-based MagCorp, a mining outfit that failed, contend that Mr. Rennert drove the company into bankruptcy by having MagCorp and Renco Metals pay more than $100 million in unlawful dividends and stock redemptions to parent company Renco Group, a holding company founded in 1975 by Mr. Rennert, between 1995 and 1998.

Mr. Rennert, they contend, was “unjustly enriched” by taking $150 million from MagCorp and using it to build his oceanfront mansion in Sagaponack, while ignoring the company’s increasing environmental, technological and competitive problems. In a civil lawsuit filed in 2003, MagCorp’s lawyers are seeking more than $600 million, including punitive damages.

“They didn’t set aside any money for that $150 million—not one penny,” Leo Beus, attorney for the bankruptcy trustee, said in his opening remarks in court this week. “No rainy day fund at all. They think they are going to refinance.”

“The financial projections used to justify some of the … payments were fanciful and unrealistic,” the trustees’ attorneys state in court documents. “Rennert personally approved and knowingly provided substantial assistance to cause each of the fraudulent conveyances, and caused damage to the debtors.”

Mr. Rennert’s attorneys, however, assert that there is no proof that money taken from MagCorp was for personal use, or that in doing so Mr. Rennert rendered the company insolvent. Rather, they contend, MagCorp’s failure was caused by difficult market conditions.

“This is a case about a strong company and a healthy company that performed well and did so until the time of bankruptcy,” said Peter Haveles, one of Mr. Rennert’s attorneys, in his opening remarks on Tuesday. The failure of the company, he said, was “all about global economy … The plaintiff attempts to make this case an indictment of Ira Rennert. That attack is unfair and false. Mr. Rennert is a hard-working and smart businessman. He grew up in the heart of Brooklyn, and he is emblematic of the American success story. He got there because of his hard work and diligence.”

Mr. Rennert paid $11 million for the land in Sagaponack and built his compound in the late 1990s, naming it “Fair Field.” The buildings on the Daniels Lane property, Mediterranean in design and reminiscent of old Italian villas, total more than 110,000 square feet and include a 57,700-square-foot main house with 29 bedrooms. A 10,000-square-foot “playhouse” sits adjacent to the main house and contains a squash court, two bowling alleys, an exercise room, lounge, billiards room, playroom, game room and outdoor terrace.