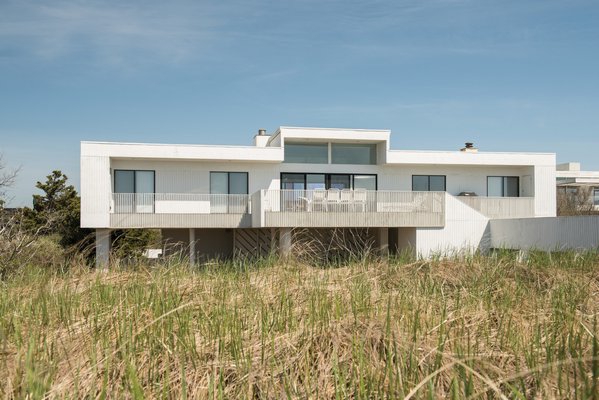 The sales prices for 79 Surfside Drive in Bridgehampton was $18.8 million. COURTESY OUT EAST

And we thought real estate activity in Bridgehampton had quieted down. That notion was just dispelled in a big way—as in big bucks.

A limited liability company has purchased 79 Surfside Drive for an impressive $18.8 million—though it might be kind of a bargain, as the property first went on the market last year at $21.5 million. Neighbors can expect to see a construction project start there in the near future. The existing home is 2,004 square feet with four bedrooms and 2.5 baths. But with such a great location and 1.5 acres to play with, including a heated pool with cabana and a footprint that can accommodate a 10,000-square-foot residence, changes to the property are expected to be made.

Another eight-figure sale in Bridgehampton involved 157 Jobs Lane, which sold to another LLC for just shy of $13 million. The home is 9,400 square feet with eight bedrooms and seven baths on almost 2 acres of land. Built in 2012, there is a double-height entry foyer, hardwood flooring, coffered ceilings, a wood-burning fireplace in the great room and a chef’s kitchen with a large center island and marble countertops. The junior master sits on the first floor, while the primary master suite is on the second story and has a private balcony, walk-in closets, attached bath with dual sinks, a soaking tub and a glass-enclosed shower with a rain shower head. Outside, the property is hedge-lined and gated for privacy. The property features a heated pool, a spa, a pool house and a sunken tennis court. The property also has the distinction of being a few doors down from Paul Manafort’s house, which is slated to be auctioned off by the feds.

One more in Bridgehampton to mention is 1,076 Ocean Road, purchased by yet another LLC for about $5.7 million. The 4,350-square-foot home sits on 1.02 acres, and has four bedrooms and four baths. The house has glass on all sides so the light pours in. The outdoors includes a heated pool and expansive patios and decks, which provide each bedroom with its own private outdoor space. Inside, the open floor plan includes a living room with fireplace, dining area and chef’s kitchen. A glass breezeway leads to an attached 900-square-foot artist studio with a 20-foot foot ceiling, a loft, a full bath, kitchenette and sliding doors that lead out to a separate patio. The property was sold by the estate of artist Elaine Good, who died in May at 83. With more than 20, one-person art shows and more than 100 group exhibitions, she first showed her work in California at the Laguna Museum of Art, the Downey Museum and the Los Angeles County Museum of Art. Her work has been seen at Eva Cohon Gallery in Chicago, and Galerie Woeller-Paquet and das Bilderhaus in Frankfurt, Germany, among others. Her work was influenced by world events, such as the Exxon Valdez oil spill and the World Trade Center attack, which she witnessed from her apartment in New York.