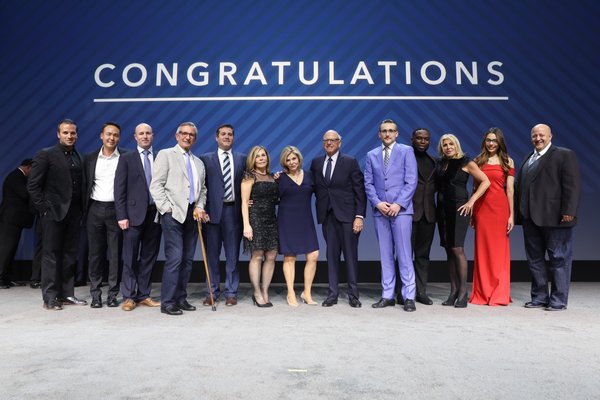 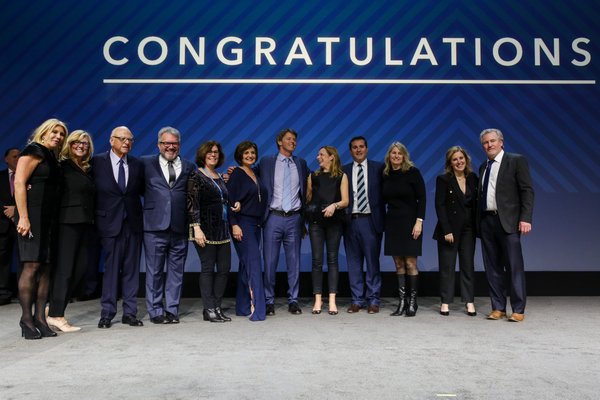 Douglas Elliman Real Estate celebrated the firm’s top agents from around the nation on March 5 at its annual awards ceremony, The Ellies. Top performers from the Hamptons, including Bridgehampton, East Hampton, Hampton Bays, Montauk, Quogue, Sag Harbor, Sagaponack, Southampton and Westhampton Beach, were among the honorees at this year’s event held at Mohegan Sun in Uncasville, Connecticut.

For the Hamptons region, the Top Individual prize based on gross commission income (GCI) was awarded to Erica Grossman from the Southampton office. Additional individuals recognized by GCI were David Donohue (No. 2), Terry Thompson (No. 3), Dawn Neway (No. 4), Steven Rosmarin (No. 5), Michaela Keszler (No. 6), Christopher Stewart (No. 7), Carol Nobbs (No. 8), Priscilla Garston (No. 9) and Lori Barbaria (No. 10).

The Hamptons award for Top Team by GCI went to The Enzo Morabito Team of the Bridgehampton office for the ninth consecutive year. Other Top 5 Teams by GCI in the Hamptons included The Atlantic Team (No. 2), The Avigdor/Penkova Team (No. 3), The Nigro Team (No. 4) and The Aarons/Goodstein Team (No. 5).

The Atlantic Team, based in the East Hampton office, was named the Top Performing Team by number of transactions for the Hamptons, followed by The Enzo Morabito Team (No. 2), The Avigdor/PenkovaTeam (No. 3), The Porto Team (No. 4) and The Rima & Ryan Team (No. 5).

The Top Individual prize based on transactions went to Angelica Cocha, from the Hampton Bays office. Other winners were Terry Thompson (No. 2), Steven Rosmarin (No. 3), Dawn Neway (No. 4), and Christopher Stewart and Erica Grossman (tied at No. 5).

A Lifetime Achievement Award was presented to Anne Marie Francavilla of the Hampton Bays office for her career-long contributions to the business, according to Douglas Elliman. The Pinnacle Club Award winners, presented to agents and teams who made more than $1 million in 2018, included David Donohue, The Avigdor/Penkova Team, Erica Grossman, The Enzo Morabito Team and The Atlantic Team.

“Our wonderfully talented agents across the nation gave a very impressive performance this year, backed by a tremendous amount of dedication and passion for their work,” said Howard M. Lorber, the chairman of Douglas Elliman Realty, in a statement. “We remain committed to providing all of our agents with the best in class technology, marketing and public relations to help them reach even greater heights in 2019, and we look forward to another triumphant year.”

Nationwide sales for Douglas Elliman in 2018 totaled $28.1 billion—an eight percent increase from 2017—according to the firm, which reports being responsible for 44,131 sales and rental transactions in the past year, and was ranked the number three brokerage in the nation by sales volume.

“Congratulations to these agents, whose hard work has earned them this incredible distinction,” said Carl Benincasa, Douglas Elliman’s regional vice president of sales for the Hamptons. “I’m so proud of our entire team on the East End, which continues to grow and succeed, thanks to Douglas Elliman’s deep commitment to its people. Elliman’s superior level of thought leadership and outstanding commitment to agent, administrative and organizational support has helped us to gain market share and finish another stellar year here in the Hamptons.”