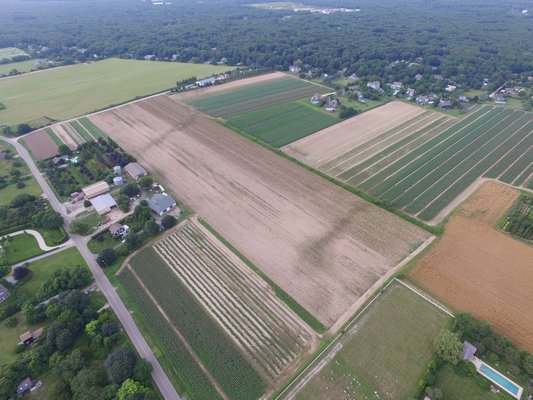 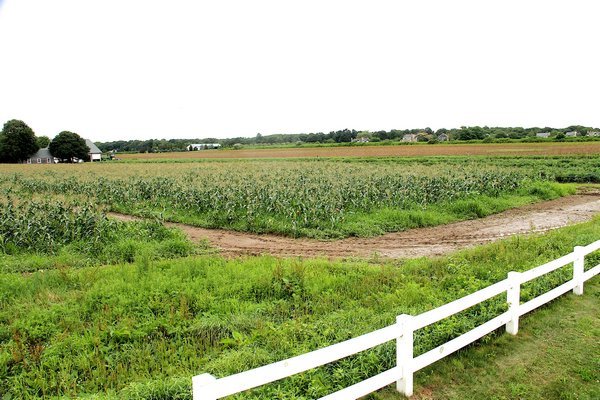 The East Hampton Town Board approved the purchase of “enhanced rights” on a parcel of farmland in Wainscott, mandating that the land remain in food crop production in perpetuity.

The town on December 21 approved paying $4 million from the Community Preservation Fund to Peter Dankowski to remove the rights from 29.5 acres of his farmland on Wainscott Hollow Road, just north of the Wainscott School.

It is the first time that East Hampton Town has used its CPF reserves to purchase such restrictions on the use of farmland—something Southampton Town has done on several farms over the last two years.

The towns have been buying “development rights” on farms for two decades, preserving thousands of acres of land from housing development by paying landowners the difference between the property’s value as developable land and as farmland, in exchange for eliminating the option to build on it.

But in the last decade, dozens of those properties believed to have been preserved from development have been transformed into sprawling equestrian facilities—deemed by a state court to qualify as “agricultural” businesses—with tens of thousands of square feet of buildings on them. Others vanished behind hedges that corral the land into the backyards of private homes.

Southampton Town, for example, paid more than $3.5 million from its CPF for the development rights on land in Water Mill that was later purchased by former “Today” show host Matt Lauer and turned into a sprawling private equestrian center with more than 50,000 square feet of structures, including a four-bedroom house for staff.

Such uses have also driven the value of land preserved for agricultural uses into the hundreds of thousands of dollars an acre, well out of the reach of working farmers. But when the additional rights and covenants that restrict the land to food production only have been sold, a property’s value is estimated to be only about $25,000 an acre.

Mr. Dankowski’s father and uncle, Henry and Paul Dankowski, sold the development rights off the land in 1980 for about $17,000 an acre.

There was some criticism of the town’s deal with Mr. Dankowski. Some naysayers raised the concern that the town should have the soil on his property tested for contaminants before it locks the land into food production.

Wainscott resident Simon Kinsella said the town should have waited until it tested the soil before the purchase. Amagansett farm stand owner Elaine Jones, who has objected to the Dankowski sale on other grounds before, said that the State Department of Agriculture and Markets had done soil testing all over the town this past summer and that a report on its findings would be out in March.

Supervisor Larry Cantwell pointed out that the East End towns and Suffolk County have purchased thousands of acres of farmland since the 1980s, and that soil testing prior to the preservation deal was never a standard protocol.

The Town Board approved the sale agreement unanimously.