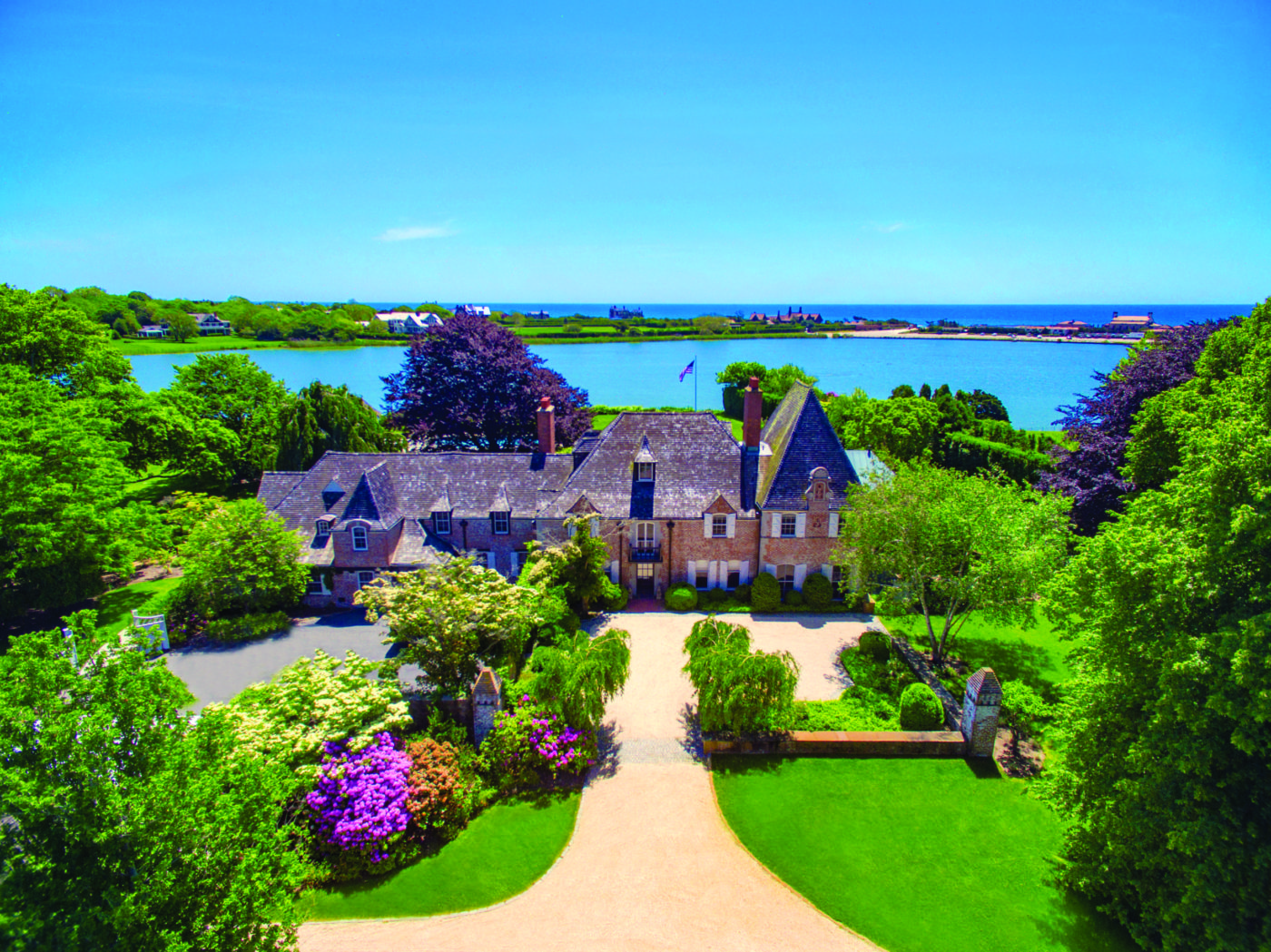 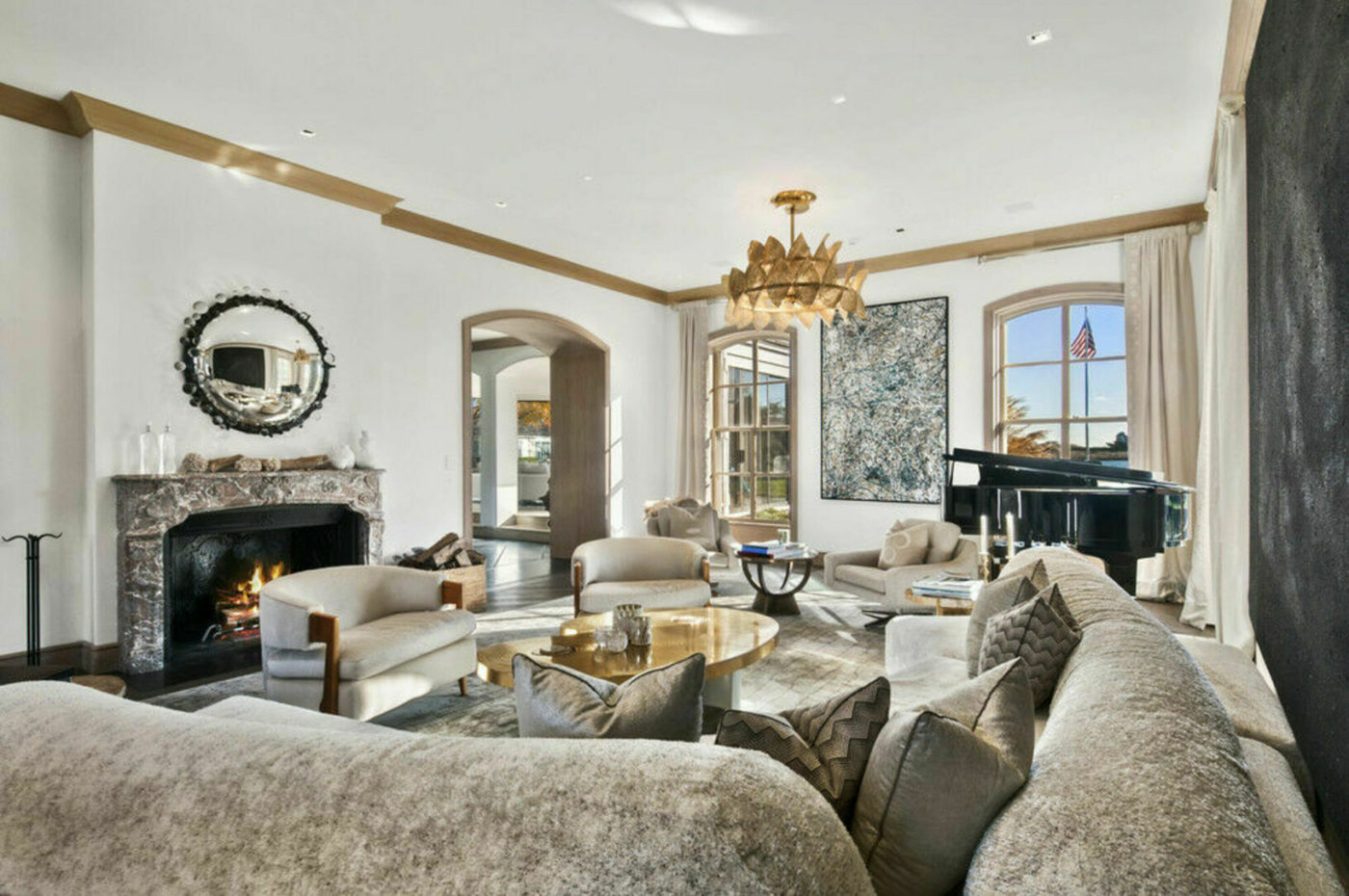 The gated 5.6-acre estate built in 1925 has a main residence with a staff wing, plus a guest cottage, a pool house and 400 feet of waterfront. The estate went through 15 months of renovation and updating by architect Oliver Cope and builder Ed Bulgin, plus the restoration of the gardens and expansive lawn by landscape architect Edmund Hollander — so it’s move-in ready for the new owners.

The original architects of the house were Henry M. Polhemus and Lewis Augustus Coffin Jr. of the New York architectural firm Polhemus & Coffin, according to Anne Surchin, co-author of “Houses of the Hamptons.”

The main house entry foyer and all principal rooms have water views and were styled by Tony Ingrao, the international designer-decorator. There are five en-suite bedrooms including the master suite that features a bathroom with dual vanities, a soaking tub and a large shower.

The staff wing is separate with two bedrooms and a bathroom.

The guest cottage has a sitting room and a kitchen, plus two bedrooms and two bathrooms. A pool house offers an additional bathroom and lounge, bringing the estate’s total up to nine bedrooms and 8.5 bathrooms.

In addition to the waterfront pool with terraces and outdoor living spaces, a new sunken all-weather deco-turf tennis court has been installed.

Tim Davis of Corcoran and Harold Grant and Bruce Grant of Sotheby’s had the listing.

The last asking price was $24.9 million. The property went into contract back in August but the transfer and the final sales price did not appear in deed reports until now.

According to The Real Estate Report Inc., the sellers were Atreides LLC and Harkonnen LLC. Sci-fi fans will recognize that the limited liability companies are named after the two warring noble houses in Frank Herbert’s 1965 novel “Dune.” Those LLCs trace back to a CPA’s office in Greenwich, Connecticut. The new owner is, simply, 412 First Neck Lane LLC.

In June 2018, Harkonnen LLC sold the vacant adjacent parcel at 408 First Neck Lane for $13 million to an anonymous LLC, according to town property records. Richard M. Burdge Sr. had sold the properties as one parcel back in 2013 for $28 million, and they were subdivided in 2016 to create the vacant buildable lot.

The Sotheby’s International Realty 2021 Luxury Outlook — a publication exploring the priorities of high-net-worth individuals and the forces affecting their buying behavior — found that the appeal of space, safety and the outdoors, coupled with low interest rates, continues to drive homebuying in prime housing markets such as the Hamptons. The expectation is that suburbs and second-home markets will remain hot in 2021, if not longer, amid the coronavirus pandemic. “From the Slopes to the Shores, Wealth Will Settle Into Seasonal Towns and Secondary Cities for the Long Term,” one headline in the report reads. The report also details ... by Brendan J. O'Reilly