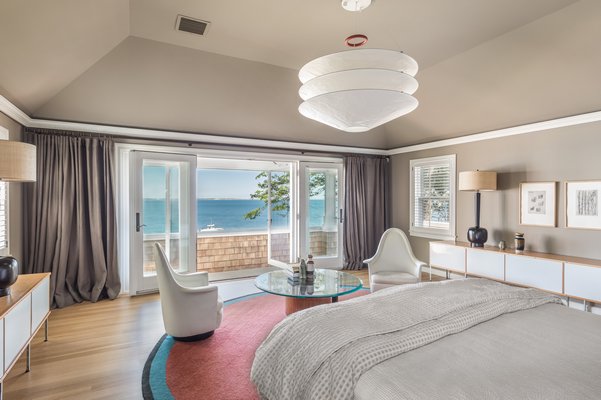 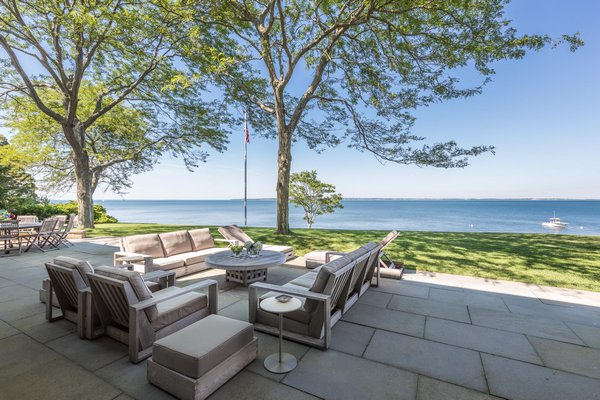 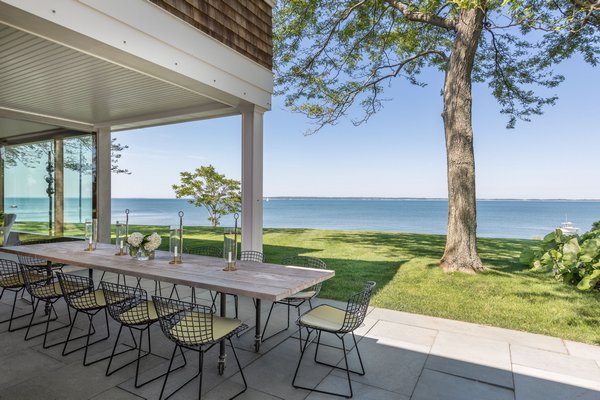 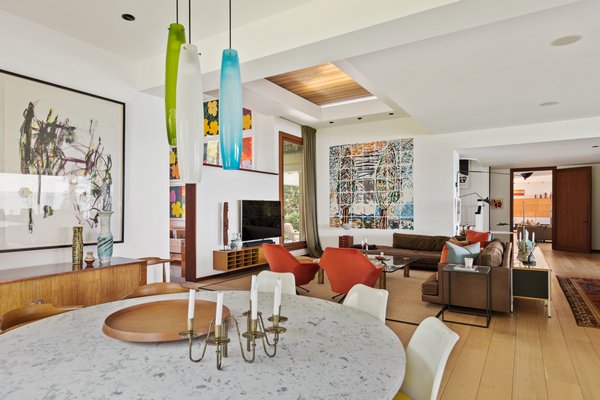 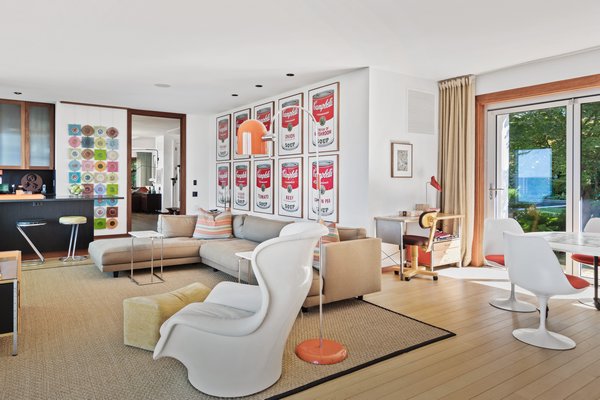 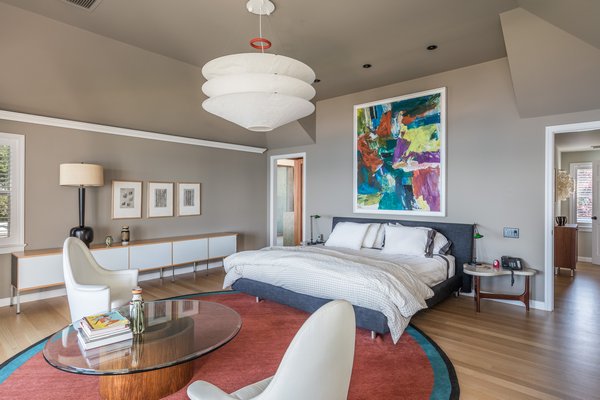 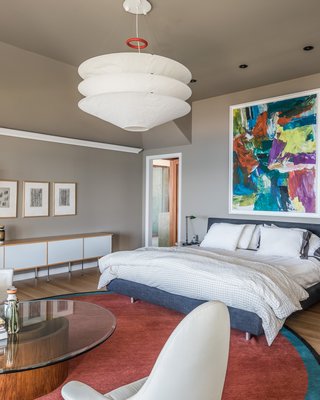 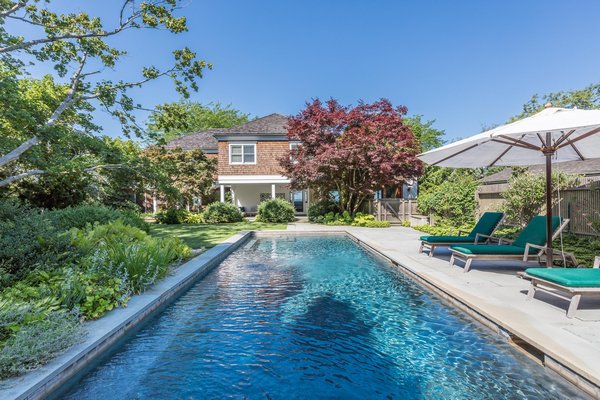 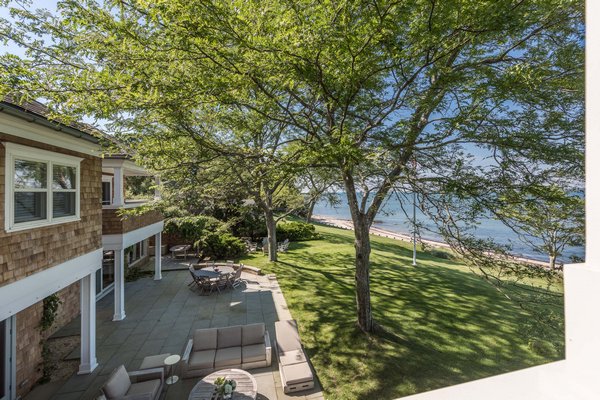 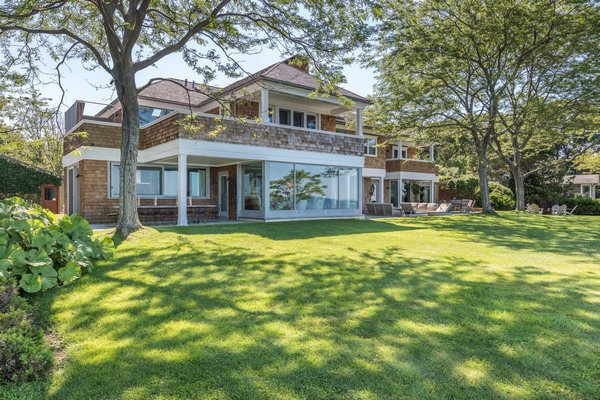 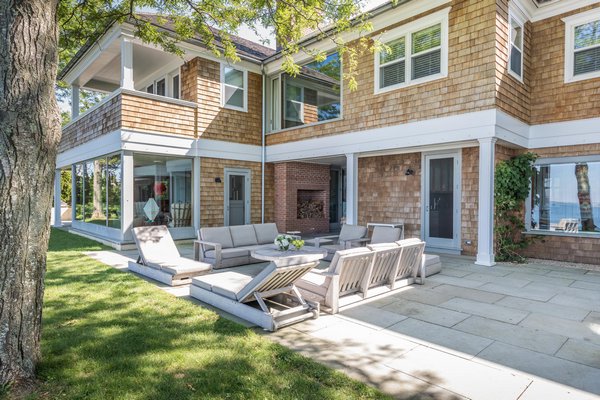 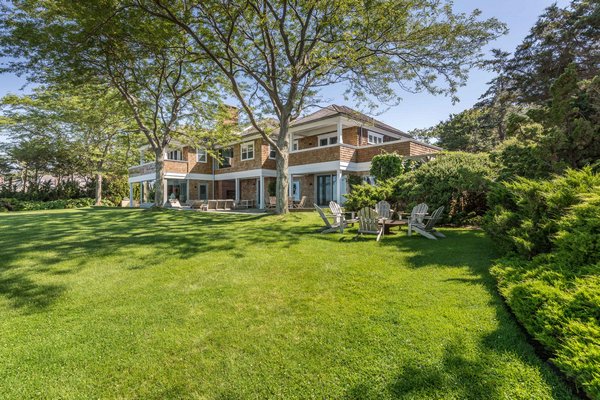 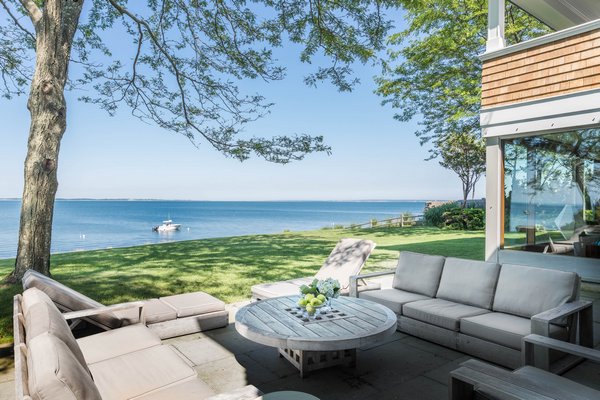 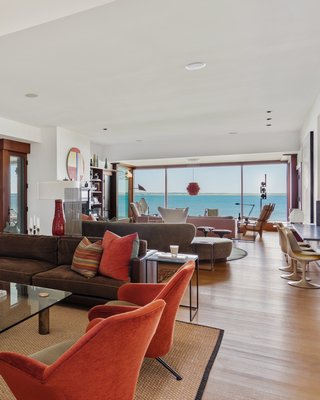 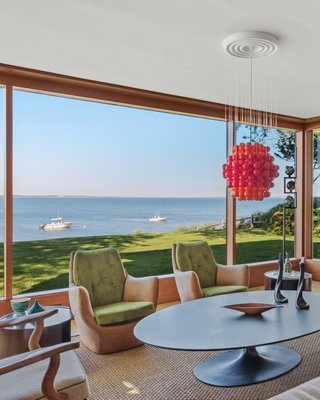 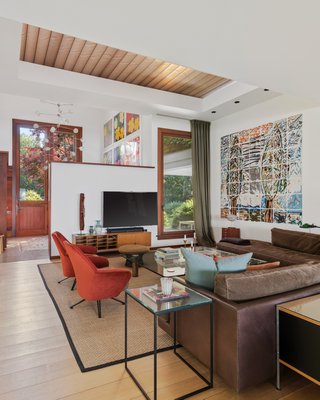 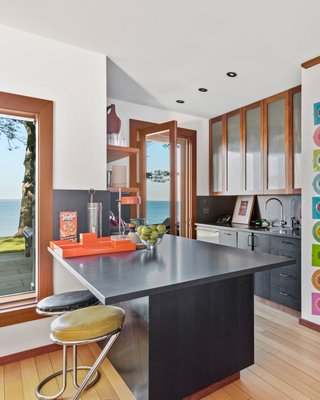 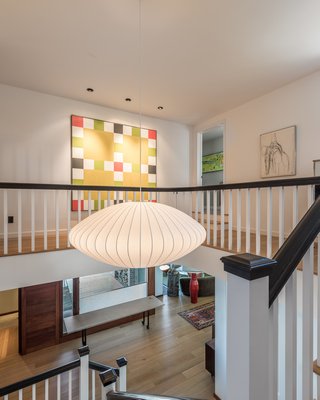 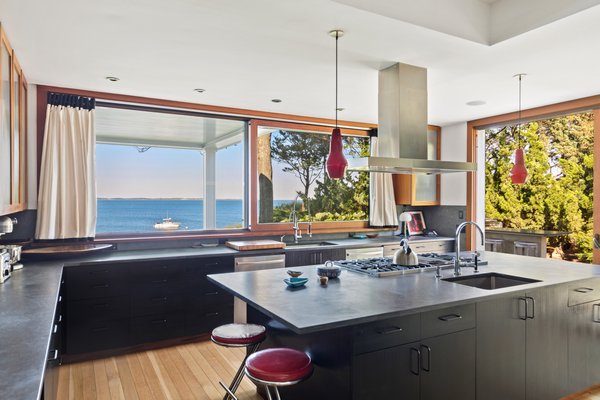 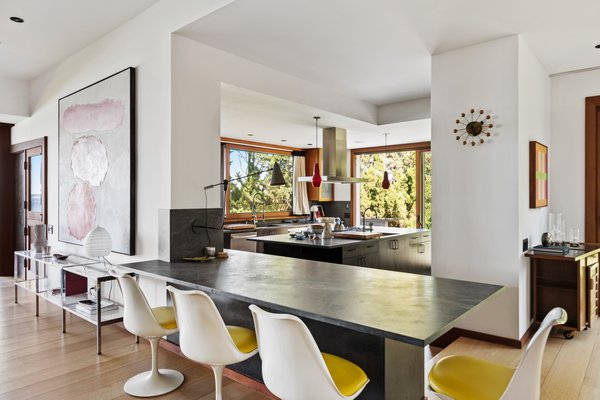 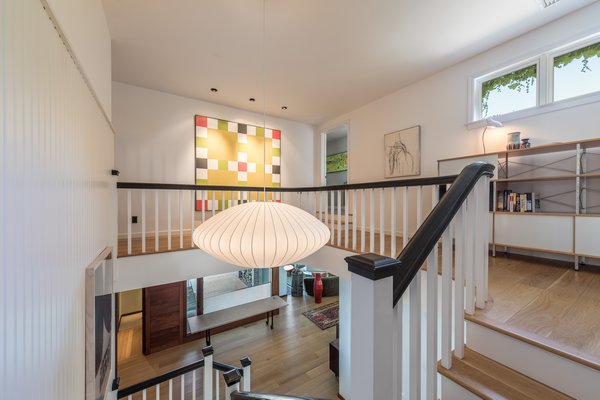 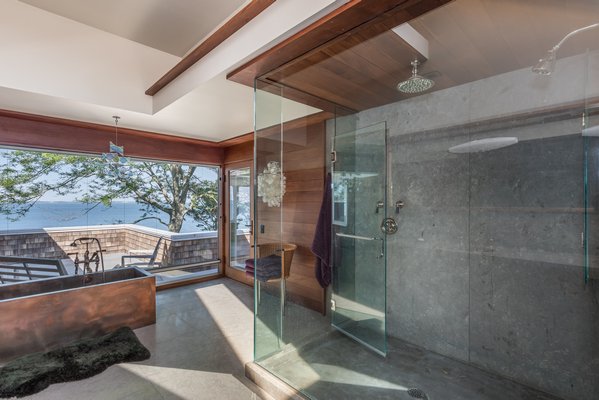 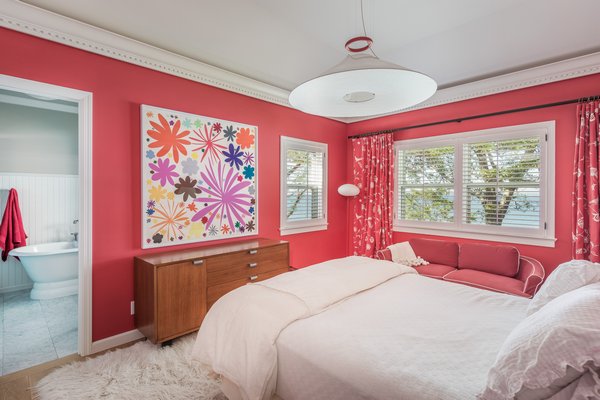 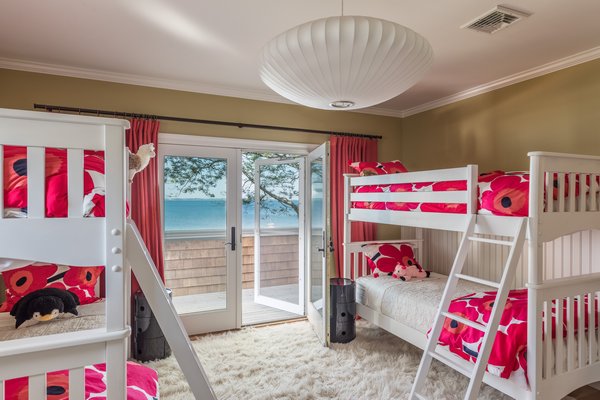 East Hampton has seen numerous sales for hefty prices in recent weeks, both in the village itself and in the outlying areas. There’s a lot to get to, so let’s dive right in:

Starting in Springs, 24 Driftwood Lane was sold by Philip Berney and Jane Pollack to Salt Water Farm LLC for $7.2 million, according to The Real Estate Report Inc.

The 1-acre estate with nearly 170 feet of bulkhead on Gardiners Bay with a six-bedroom, 6.5-bathroom residence was listed with Compass for $7.65 million.

The house was renovated and expanded over 2008 and 2009 by its then-owner and designers and architects Joe D’urso and Michael Haverland. The result melded “its traditional lines with an exceptionally stylish aesthetic,” according to the listing. The interior has an open living concept that “takes full advantage of the water views.” Among the amenities are a heated saltwater gunite pool, a spa, bluestone patios, outdoor dining and a detached garage with a rec room.

In the village, 108 Egypt Lane has transferred from Lane East Holding LLC to Nedenia Colgate Rumbough for $4.9 million. Ms. Rumbough is the daughter of the late actress Dina Merrill, who died in East Hampton in 2017, and her first husband, Stanley M. Rumbough Jr., heir to the Colgate-Palmolive fortune, who also died in 2017.

Ms. Rumbough had bought 55 Egypt Close in East Hampton in 2018 for $5.94 million and that same year acquired 8 West Dune Lane, also in the village, from her mother’s estate.

Details on 108 Egypt Lane are scant, as there is no evidence that the property was ever on the market for sale.

Barbara Goldsmith, a writer and philanthropist who was named a “Living Landmark” by the New York Landmarks Conservancy, died in 2016. She was a founding editor of New York magazine and among her books are “Other Powers: The Age of Suffrage, Spiritualism and the Scandalous Victoria Woodhull” and “Obsessive Genius: The Inner World of Marie Curie.”

Listed for nearly $5 million before selling at a $495,000 discount, 86 Georgica Road in the Georgica estate section features private grounds with gardens by landscape designer James Van Sweden. Renovated with modern amenities, the residence, originally built in 1907, retains classic details such as diamond pane windows, ornate railings and plaster walls. The main house has five bedrooms, four full bathrooms and two half-baths. The carriage house above the two-car garage provides an additional two bedrooms and one bath. The pool is round, heated and gunite, surrounded by stone patios. The pool house has a vine-covered arbor, a changing room, a bath, a bar, an ice maker and an outdoor shower.

But back in the main house: The living room has a fireplace and flows into the formal dining area, and both have French doors leading to the deck overlooking the grounds. The den—also with a fireplace—is tucked off the living room and perfect for “lazy Sunday reads,” according to the listing. The chef’s kitchen is eat-in and has top-grade appliances, such as a Garland range, and has a breakfast area and island with seating. The master suite has a sitting area and floor-to-ceiling windows and a frameless glass-enclosed marble shower and spa tub.

Also in the Georgica estate section, 200 Cove Hollow Road was sold by a self-titled LLC for $3.8 million to Andrew L. Sole, a founder and managing member of Esopus Creek Advisors, an asset management firm in East Hampton. On a half-acre lot, the new Farrell Building Company residence has 4,200 square feet of living space across three levels. It offers five bedrooms and 5.5 baths, an attached garage and a pool.

Also in East Hampton, but outside of the village boundaries, 11 Peach Farm Lane has sold for $3.4 million. Ana Green picked up the six-bedroom, 7.5-bath home on 1.4 acres from Peder Regan, the CEO of Apogy, which was, according to the company bio, “created with the mission to impact commercial value by making tools for the mind that elevate individual and collective genius.”

Located in Northwest, this one of five homes built on Peach Tree Lane by Farrell Building Co in 2012. The traditional has five en-suite bedrooms plus a master with its own private terrace.

The residence is 5,200 square feet with an additional 2,000-square-foot lower level with a gym, an infrared sauna, a recreation area and a full bathroom, plus a two-sided fireplace dividing the media room and sitting area. The first floor has 11-foot ceilings and 8-foot-tall doorways, with many of the second-story spaces have vaulted ceilings.

The two-story paneled foyer leads to the great room with a coffered ceiling that complements the detailed moldings throughout the house. A two-sided fireplace separates the great room and living room, and both are flooded with natural light through oversized glass doors. The gourmet kitchen and large formal dining room also have coffered ceilings.

The two-car attached garage has radiant heat, and outdoors enjoy bluestone patios, a covered porch, a heated gunite pool and spa, a pool house and a tree house. The new owner also enjoys rights to use two community tennis courts.

The 1-acre property adjacent to the Main Beach parking lot has 107 feet of frontage on Hook Pond. It was listed for $5 million with Justin Agnello, James Keogh and Hara Kang of Douglas Elliman’s Atlantic Team. The CPF paid $4.8 million.

The town required that the existing house be razed so the land could be preserved as open space.