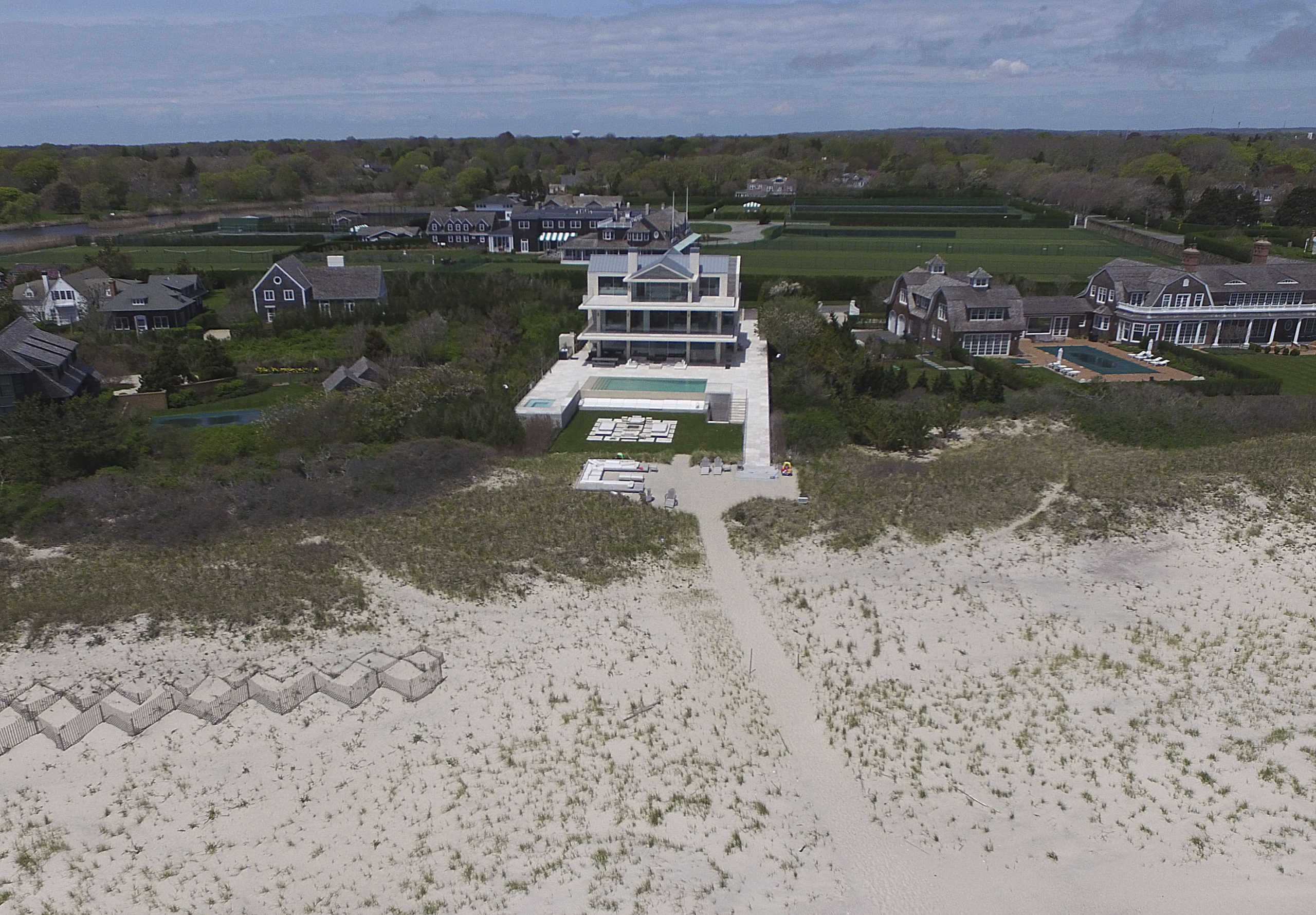 An oceanfront modern at 40 Meadow Lane in Southampton Village recently sold for $42.92 million in an off-market transaction, and the New York Post reports that the new owner is New England Patriots owner Robert Kraft.

This 6,677-square-foot, three-story residence has seven bedrooms and 9.5 bathrooms and was built a few years ago in place of a 120-year-old shingle-style house in the historic district, over the objections of many village residents. One point of contention was the height — 53 feet above sea level and 40 feet above grade. The village has since adopted a stricter sky plane law, which would prevent the residence from being approved today.

More controversy followed as last year the limited liability company that just sold the property sought to eject from the home the former principal of real estate development and investment company HFZ Capital Group, Nir Meir. The LLC said in court filings that Mr. Meir was occupying the residence without permission, according to The Real Deal.

The sale closed April 5, according to The Real Estate Report Inc.

The property last changed hands in 2013 for $10.5 million, and it took about four years from then for the redevelopment to be approved, litigated and completed.