Why Millennials Are Choosing Real Estate As A Career - 27 East

Why Millennials Are Choosing Real Estate As A Career 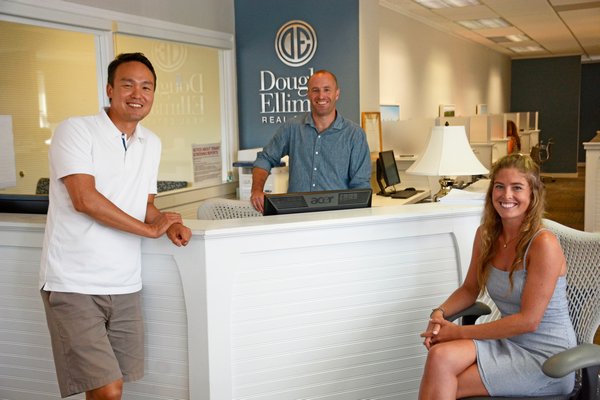 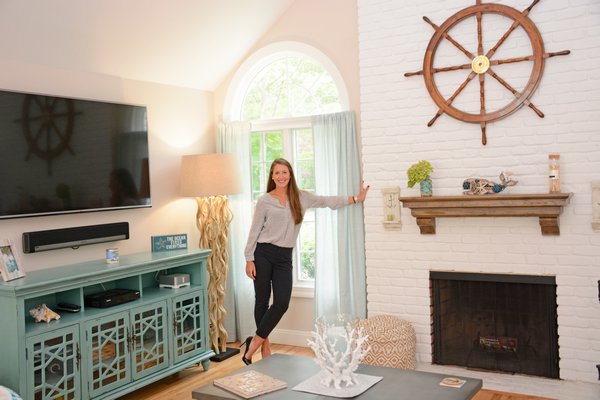 Corcoran real estate agent Ashley Farrell got into the business in large part because of many of her relatives who are all brokers, too. JD ALLEN 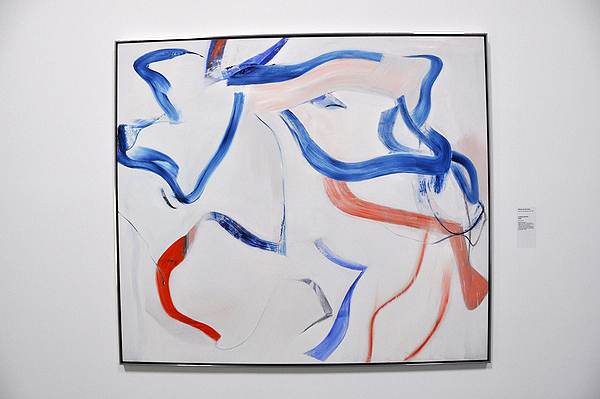 Growing up in Sag Harbor, 8-year-old Kevin Geddie often was found on the job site banging nails with his father, Douglas, a prominent builder on the South Fork.

“But he never wanted me to go into that profession,” Mr. Geddie said. “In the wintertime, spending long hours working on houses on the ocean, my dad’s hands were purple. He told me, ‘You’re either going to sell them or you are going to have no part of this business.’”

Now, the 29-year-old is a salesperson on Matthew Breitenbach’s team—one of the top-selling teams Compass has on the South Fork.

Mr. Geddie is like many millennials who are opting to get into the real estate business, according to recent industry survey by the National Association of Realtors.

Even though most South Fork agents are not Realtors—a title reserved for members of the association—the survey acknowledges a trend in the industry that more young people are entering real estate because of its flexible work hours, and because the job doesn’t require an expensive college degree, or any degree, for that matter.

It also dispels myths about how the career path has changed in recent years. For instance, many obtain at least a bachelor’s degree, work more than 40 hours a week, are on the forefront of technology, and come from other careers. East End brokerages have also reported seeing this demographical change in their staffing.

Other than the push from his father, Mr. Geddie said being a real estate agent appeals because it has allowed him to “make money doing hard work with on-the-job training.”

“I was taught an old-school sales approach, but having new-era technology makes a world of a difference,” Mr. Geddie said during a recent open house in Water Mill. The 8,000-square-foot, two-story home at 933 Cobb Road is a typical listing for Mr. Geddie and the Breitenbach team, with an asking price of about $6.49 million. It’s listed on just about every listing website and social media platform out there.

Joseph De Sane, a senior managing director of Compass in Bridgehampton, described Mr. Geddie as “a chameleon of sorts,” able to adapt to closing deals with different types of buyers at all price ranges.

Mr. Geddie said he uses the tools in his repertoire—for instance, to track data from emails, including “how many people are opening it, to how long they are on the email for and where they are clicking”—to his advantage over other agents. He acknowledged that although Compass teaches all of its agents how to use marketing technology, the young people in the office pick it up the fastest.

“I am constantly looking for new technologies, and at what other people are doing for them, and asking questions,” he said. “Breitenbach is my biggest asset, though.”

Mr. Geddie didn’t finish his undergraduate degree at the University of Tampa—it was too expensive. “I was selling homeowners insurance and working in a pizza joint when I met Matt, who asked me if this is what I really wanted,” Mr. Geddie said. “And I looked at the way he approached life, and how flashy he was—Mr. cool, calm and confident. He sold me right there, and I realized real estate was the career for me.”

At 24, he said he was able to jump into the industry by getting a license quickly for “only $500 instead of $50,000 for a college degree.” He then latched onto his mentor right away, and has been with Mr. Breitenbach for almost six years.

“People want a young guy to do well as long as you are respectful and you show up on time,” Mr. Geddie said.

Mr. Geddie’s Compass colleague west of the canal, Dana Bartel, grew up in Westhampton and is a proud Westhampton Beach High School alumna.

“I got into this line of work, in large part, because of my family,” Ms. Bartel said. “Both of my parents work for themselves. So, that’s the model I grew up with. I knew that I didn’t necessarily have to go to work for someone else—9 to 5, five days a week. Sure, real estate has hectic hours, but they are flexible. I can be my own boss in a way.”

After trying to balance working in retail and real estate, Ms. Bartel, who was preparing to show a new build at 491 West Montauk Highway, Quiogue, said it was an obvious decision to go full-time once she started comparing her paychecks.

“It is a really nice idea, and I know everyone talks about having a side hustle now. But because your schedule can change drastically from one moment to the next, it is really difficult to manage one full-time job and do this on the side,” Ms. Bartel said. “If you are going to do real estate, be in it 110 percent.”

Even though she started at 24 after graduating from Stony Brook University eight years ago with a bachelor’s degree in business management, she said if she could do it all again she would have started selling houses sooner.

“I would have gotten my license as soon as possible—at 18—that way while I still had a more comfortable infrastructure, I could have done it part time on the weekends, joined someone’s team and gotten a mentor sooner,” Ms. Bartel said.

Down Montauk Highway at an open house at 32 Deer Path in Quogue, Ashley Farrell, an up-and-coming Corcoran broker, said she first wanted to “test-drive” this career.

“I had graduated early from college … if it didn’t work out, I was only 21 and I could easily bounce back and do something else,” Ms. Farrell said. “Most importantly, real estate was a career that would allow me to stay in Westhampton Beach. It’s a career that will allow me to have a family and continue to cultivate the deep roots, which are already here from my parents and grandparents.”

Ms. Farrell’s mother, three aunts and two cousins thrive in the business. She noted that she’s learned “customer service is arguably the number-one most important facet of this career.” Along with flexible work hours, she said she knew real estate was a good fit for an organized and responsive young woman like herself.

Ms. Bartel noted that for an industry that is notoriously lacking in diversity, she has seen more women and more people of color getting into real estate.

“You have to just stand your ground and be willing to help a buyer or seller or a colleague by communicating and showing that you are there to help them achieve their end goals,” Ms. Bartel said.

Douglas Elliman’s Atlantic Team—Justin Agnello, James Keogh and Hara Kang—all got their start as a team in their early 20s. Mr. Agnello and Mr. Kang were recruited by the firm in their senior year of college as interns.

“When we first started, we wanted to have our boots on the ground as much as possible. So we would handwrite letters and deliver them to each house—and we got in trouble a lot, and the cops called on us. But we did get started really well that way by connecting us to people who are out here,” Mr. Kang said. “Now, we spend a lot of time in the office, and technology is so important—we’re on Zillow and other real estate search engine sites to cultivate more business and more sales.”

After a decade of doubling down on the East Hampton market, their team has doubled in size. Sarah Keogh seemed like an obvious hire. Other than being James’s sister, Ms. Keogh worked hard as an intern in her senior year of college at High Point University in North Carolina, and got a taste for the team’s aggressive push on online listing services like Zillow.

“The first year is the hardest to get the ball rolling to build your clientele and listings,” Ms. Keogh said. “I think a lot of people get into this business thinking that they can work whenever they want. But if you want it as a career, that is never going to work out for you.”

James Keogh recalled a similar problem when he was 21, as he joined Mr. Angello and Mr. Kang and started the team. “Our age at that time was a major restriction on our business,” he said, “because we were looked at as kids who didn’t know what we were doing. But it turned out to be the complete opposite.”

When the trio joined Douglas Elliman, fax machines were still plentiful. “Things quickly changed and went all internet focused,” Mr. Keogh said. His sister and the other recent hires take it to another level, using social media as a tool to market their listings.

“It’s become a 24-hour professional career, and I think the millennials are better fit for that than anyone,” he continued. “They are checking their email 12 times a day and on social media every five minutes, and they can do it all virtually from the car, their home, the beach and in the office. They can multitask, which is good, because you need to be a salesperson, you need to be a marketer, you need to be making up contracts, help with drone photography, and be a people person to negotiate deals.”