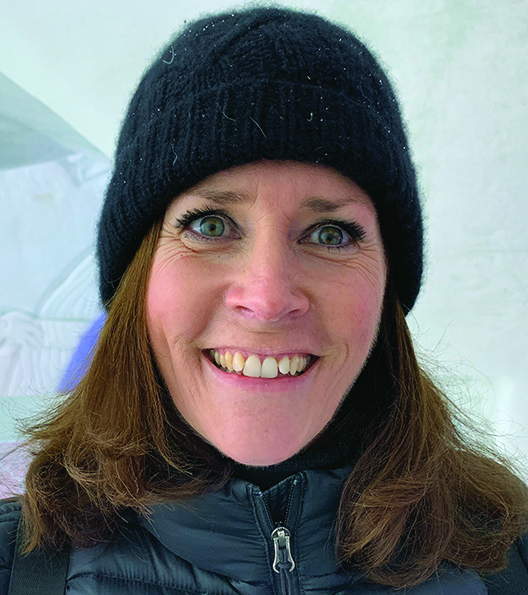 Having proven her salt in NYC after several years in the fashion industry in the early 1990s Wendy returned home to Montauk and the East End of Long Island to pursue a career in education. She began in earnest at Dowling College, earning her master’s degree in elementary education. While this was the professional path that allowed her to return to the East End, there were other reasons (hint: a boy). It turned out that not only was this a practical and rewarding choice of profession but by no means was this anything less than her life’s calling. Returning to the Montauk Public School as an alumnus to teach was a source of great pride for her; her grandmother’s plaque was displayed out front from her years of employment there.

Not only did Wendy acclimate easily to education, but she also excelled at it. Her eye for detail, her quest for perfection, and her endless amount of patience were the ultimate pairings of her love of children and her eagerness to help them become their best selves. Her family never required a calendar to know what time of year it was, the arts & crafts projects for her class that would litter the dining room table explained everything (damn glitter!). Her love knew no bounds, witnessed by each student she taught throughout her 22-year career and starting the pre-K program from scratch, nearly all on her own was Wendy at her peak. A program that is as strong today as it was when it began.

More boundless love. Her weekly league tennis matches that began in singles (there’s a championship or two in there) eventually transitioned into doubles. She adored the friends that she made both within her league and with casual weekly groups that she played in. It was the perfect outlet for her to balance having fun with friends, exercise, and her serious, serious, competitive spirit.

Being her spouse could at times, be exhausting. She NEVER stopped moving. Baking this, cooking that. Wrapping holiday presents that to this day, will go unmatched in their artistry and care. More boundless love. While she could support her partner wanting to steal a nap on a Sunday afternoon, it was reportedly a joyless endeavor. She would inevitably be tackling the one chore that was agreed needed doing at that precise moment. She lived her life up before the sun and asleep on the couch often just before it set; truly remarkable energy. She could often be heard saying, “I love my life!’ And if all of that wasn’t enough, in the last few years Wendy began a coaching career as Pierson High School’s junior varsity volleyball coach. It reignited a passion she held in her own high school days, one that she was able to share with her daughter Grace who is also part of the program. She loved coaching with her JV girls. In a pinch, she was asked to substitute coach the Pierson varsity girls team and we believe she would like it to be known, that her record was 2-0!

Wendy has left behind for her two beautiful children a precise road map for a wonderful life. Skills and lessons that may not yet reveal themselves. She taught them everything they need to know through example. Wendy never talked about it, she just did it, whatever needed doing. Conor and Grace will always know the difference between right and wrong and the correct decisions to make simply from the years of observing their mom, with her boundless love and energy. An irreversible gift.

Wendy’s love of travel was a thing to behold. While there was never enough time or money to do enough of it, if you were on a trip with her, you were seeing EVERYTHING. She didn’t waste a moment and a vacation for her did not include the word relaxation. It was about seizing the opportunity and maximizing the experience. When you left a destination with Wendy, there was nothing more to see, no regrets or a need to return because something was missed. The rest of us needed a vacation after those vacations with her, boundless love doesn’t come cheap.

Her husband, Jay, respected her immensely and everything she did, as would anyone else. Her frustrations were his and her joys were as well. Having a best friend to travel through life with and raise two beautiful children together was their greatest accomplishment that will reflect back on her for as long as they allow it. For them, it may feel like a burden but over time they will learn its worth because their mom always showed them the right thing, and they will prosper and thrive as a result.

She fought like hell. Her friends and family are heartbroken and yet somehow magically, through her boundless love, completely fulfilled.

Wendy passed away after a two-year battle with cancer at Stony Brook Southampton Hospital on May 18th.

A Celebration of Wendy’s life will be held on Saturday, June 11, at 3 p.m. at Sylvester Manor, 80 North Ferry Road, Shelter Island. Casual yet respectful attire is requested — and guests should be conscious of their footwear as this will be an outdoor event under a tent. Guests should also plan ahead as there may be a wait to catch a ferry to Shelter Island.

In lieu of flowers, donations can be considered here: https://gofund.me/b4d0801a

Sag Harbor Village Police Reports for the Week of September 29

SAG HARBOR — Village Police were alerted to water being drained from a swimming pool on Palmer Terrace around 9:30 p.m. on September 23. Police said they spoke to a resident who told them she did not realize it was against village code to do that. She agreed to stop draining the pool. SAG HARBOR — A resident of Richards Avenue called Village Police on September 24 around 1 p.m. to complain about loud music in the area. Police advised her it was because of a permitted music festival at Havens Beach and to expect music to be playing much ... by Staff Writer

Momcast: Motherhood and Parenting in 2022

The executive directors of three local animal shelters got together on Friday, September 23, joining ... 28 Sep 2022 by Cailin Riley

As pickleball continues to grow at astronomical speed, there always has to be someone who ... by Scott Green

March of the Alewife

One of the many Long Island firsts that we can be very proud of is ... by Larry Penny

The South Fork fall sports teams continue to make a splash this season. Many have ... by Desirée Keegan

We had our first taste of cool weather, with overnight temps near 50 degrees. It ... by Al “Big Time” Daniels

Since its inception, the East End Food Institute — a nonprofit organization that builds partnerships ... by Cailin Riley
×