Simple Ways To Make The Indoors Safer From Viruses - 27 East 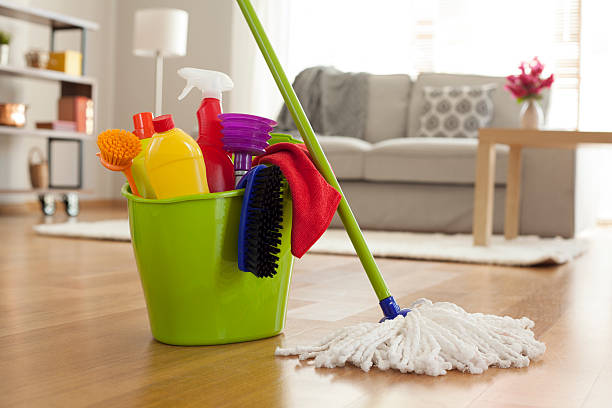 Even though the novel coronavirus, COVID-19, has spread at an unbridled pace, and the public knows all about social distancing and 20-second hand-washing, there are still other measures to consider for decreasing the potential for transmission in both residential and commercial building environments.

In recent years, there has been a vast amount of research done regarding the existence and transmission of microbes, both in terms of pathways and mechanisms.

There is evidence that a virus can spread by ‚Äúenvironmentally mediated transmission,‚Äù which is essentially related to contact with abiotic ‚Äî physical rather than biological ‚Äî surfaces. Most of us spend more than 90 percent of our time inside, and we have the opportunity to mitigate risk factors by paying attention to fomites (objects or other items that can carry infectious diseases) as well as airborne transfer.

Virus particles, for example, can be deposited and redeposited as fomites on touchable surfaces because of airflow from some something as simple as foot fall or walking.

Preliminary data based on other viruses such a SARS and MERS-CoV, along with Centers for Disease Control and Prevention recommendations, suggest that COVID-19 can stay on fomites for a couple of hours to upward of nine days. Even though respiratory droplet spread is the known form of transmission, measures should still be taken to disinfect surfaces that could harbor the virus.

When coming in or out of the home, leave shoes outside, or in the mudroom or entry vestibule, and wear a pair of inside shoes around the house. The same is true for clothing, especially if the 6-foot social distancing space has not been maintained. Have a change of clean clothes ready when entering the house.

Removing items around sink areas to prevent aerosolized water droplets from carrying viral particles onto them should be done, while cleaning countertops with bleach or alcohol cleaners should be performed regularly. The same protocol should be taken around toilets and vanities as well.

"Since a virus is not a living organism but a protein molecule, it is not ‚Äúkilled‚Äù but rather decays on its own. The disintegration time depends on temperature, humidity and type of material where it lies. The virus is very fragile: The only thing that protects it is a thin outer layer of fat. That is why any soap or detergent is the best remedy, because the foam cuts the fat. (That is why you have to rub so much, for 20 seconds or more, to make a lot of foam.) By dissolving the fat layer, the protein molecule disperses and breaks down on its own."

Other cleaning measures involve using hot water, above 77 degrees, for washing hands, clothing and everything else. Alcohol over 65 percent dissolves fat, including the external layer of the virus.

It should be noted, however, that 70 percent alcohol is more effective than 91 percent, since the latter evaporates more quickly, while the former contains water, which allows for longer drying time on surfaces. Four teaspoons of bleach per quart of water will also kill the virus.

To find the current list of products that meet the Environmental Protection Agency‚Äôs criteria for use against SARS-CoV-2, the cause of COVID-19, go to: https://www.epa.gov/pesticide-registration/list-n-disinfectants-use-against-sars-cov-2

Historical research has indicated that relative humidity above 40 percent creates an unfavorable environment for many viruses, including coronaviruses. A relative humidity between 40 and 60 percent within a building may deter the spread and survival of SARS-CoV-2 without increased risk of mold and while still allowing for the proper hydration of the occupants‚Äô mucosal barriers.

While systemwide humification may not be possible, individual rooms can use in-room units without over-humidification.

Heating, ventilating and air conditioning (HVAC) systems with greater outside air fractions and air exchange rates thin indoor contaminants in the air. This can be achieved by increasing ventilator damper openings on air-handling units, consequently exhausting a greater ratio of indoor air and viral particulates.

Of course, the caveat here will be an increase in energy usage. Mitigation for the short term may be worthwhile, and the ratios can be readjusted when the risk period passes. Not all systems, however, can increase outside air fractions, and just increasing recirculated air without fresh air could increase viral transmission.

Of course, a low-tech method to deliver outside air through the building envelope does exist and costs nothing. Just open the windows to circulate fresh air.

It‚Äôs interesting to note how often New York City residents complain about their overheated rooms in pre-war apartment buildings. In that era, at the time of construction, radiators were sized to heat the rooms with windows open, even in the dead of winter, in order to prevent the spread of tuberculosis in what would otherwise have been an environment without air changes.

Daylight also plays an important role in reducing the prevalence of bacteria when compared to its sustainability in darkened rooms. It, too, is free ‚Äî so open curtains, lift shades and blinds, and let in daylight and sunshine when window treatments are not needed for privacy or other considerations.

These are small strategies but they may collectively promote our health and well-being.

Call me a skeptic, but when the term ‚Äúcollaboration‚Äù is mentioned, I always think of ... 26 Aug 2019 by Staff Writer