For Aldis Hodge, His Role In 'Clemency' Marks A Career High Point - 27 East

For Aldis Hodge, His Role In ‘Clemency’ Marks A Career High Point 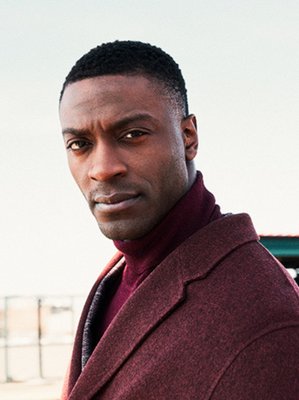 Aldis Hodge is one of three breakthrough artists to be recognized at the 2019 Hamptons International Film Festival.

An actor since age 2, Aldis Hodge knows his way around a movie set. But it wasn’t until his most recent role in “Clemency,” portraying an inmate on death row, that the 33-year-old star discovered just how far he could go.

On set, he screamed and cried. He almost knocked himself unconscious. He reached depths of himself he didn’t know he had, pushing his creative bounds to their limits.

The Hamptons International Film Festival selected the award-winning prison drama as one of its “Spotlight” features — and Hodge as one of its three 2019 Breakthrough Artists — ahead of the film’s screening on Saturday morning at Guild Hall in East Hampton.

“I think this role has definitely inspired different acting choices, but the challenge of this role is what I love. It allowed me to stretch my potential for my craft,” Hodge said during a recent telephone interview. “And as an actor, I have a voracious appetite for knowledge. I don’t want to step into anything that is, to a degree, complacent. I want to step into something that is going to stretch me outside of my comfort zone and pull my potential. And this is something that really did that for me.”

The journey began when “director-writer-genius” Chinonye Chukwu approached Hodge with the script, the actor said. It did not take long for him to sign on, followed shortly after by Alfre Woodard, whose performance as prison warden Bernadine Williams anchors the exploration of the psychological effects of capital punishment.

In the wake of a botched execution on her watch, Williams finds herself questioning her profession, her home life and the ethical consequences of the work she oversees. And the arrival of the newest death row inmate and Hodge’s character, Anthony Woods, sharpens her internal struggle — as do the lawyer, relatives and protestors who come along with him, fighting for clemency.

The extremely demanding role encouraged Hodge to take risks — “There’s a scene where it gets very physical for me, and I actually almost knocked myself out. I got a little close to the wall,” he said — and afforded him several highlights of his career.

One was an on-camera conversation with Danielle Brooks — best known for her role as Tasha “Taystee” Jefferson on “Orange Is the New Black” — who portrays Evette, Anthony’s ex-girlfriend.

“[It] is one of my favorite conversations I’ve ever had as an actor on a set,” Hodge said. “Danielle, in that scene, is able to say the things that I think most people would like the strength to say, but may not be capable of saying. But her character is able to just be as raw and real in that moment, and say all of the hard things, and I’m sitting there like, ‘God dang. Like, calm down,’ but she’s goin’ in, and I love it because it’s honest! It’s honest.”

The day they filmed this scene, Hodge’s family happened to be on set, including his brother and fellow actor Edwin Hodge, who is currently working on “Ghost Draft,” starring Chris Pratt.

“It was great because I had a moment with my brother after he watched the scene,” Hodge said. “We’re all a very supportive family; my brother’s an actor, too. He hugged me and whispered some really supportive words in my ear that day after watching that scene, and it really meant a lot to me. That was a really great moment.”

Since shooting wrapped, Hodge has had some time to reflect on the process and rethink his personal stance on the death penalty. He does not have solid answers yet, he said, and perhaps never will — “In relativity to me being a human and fallible and flawed, I can’t say what choice I would want if I was wrapped up in a case, personally,” he said — but the important conversations are at least being had.

And he hopes they will spark conversations among audiences, too.

“We don’t know if [Anthony] did or did not commit the crime, and we don’t know if this action against him is justifiable — and we’re not gonna tell ya!” he said. “The point is for the audience to figure that out themselves. Through his journey, though, my job was to humanize this person, regardless of whether or not he did do it. Whether or not he is innocent or guilty, that’s not the point. The point is to show a human being going through a process. By Chinonye’s guidance, I was able to at least try to get close to executing that. I hope I did the job.”

So far, festival audiences have confirmed he did. A standing ovation met the world premiere of “Clemency” at this year’s Sundance Film Festival, and the film took the festival’s top prize.

“That’s another moment I’ll keep with me forever. I didn’t realize that we would get that response, and to come away with the Grand Jury Prize, I was floored, honestly, very proud,” Hodge said. “A lot of great moments with this experience so far, and I’m just trying to figure out what it all means at the end of the day.”

The Hamptons International Film Festival will mark not only Hodge’s inaugural visit to the East End — “I’m not as fancy as some people might think, you know what I’m sayin’? I’m not there yet. I’m out here in my 2008 Prius, put-puttin’ along,” he laughed — but this festival also marks his first-ever individual recognition as an artist, he said.

“For me, this is really a pivotal moment and one that I will never forget,” he said. “I am really proud and grateful for that. But as we’re still going through this journey, I’m just sitting back and trying to take in everything that it is, without taking it for granted, and without trying to rush through it. I don’t want to miss the moments.”

“Clemency” will screen on Saturday, October 12, at 11:30 a.m. at Guild Hall in East Hampton, as part of the Hamptons International Film Festival’s “Spotlight” program. Later, Alfre Woodard will be honored during a special session of “A Conversation With…” at 6:15 p.m. at Bay Street Theater in Sag Harbor, followed by an encore screening on Sunday, October 13, at 10 a.m. For tickets and more information, visit hamptonsfilmfest.org.