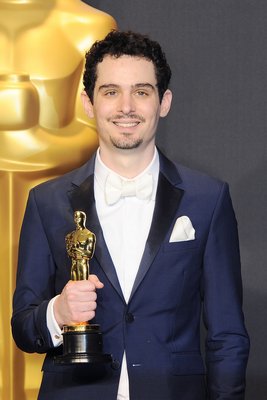 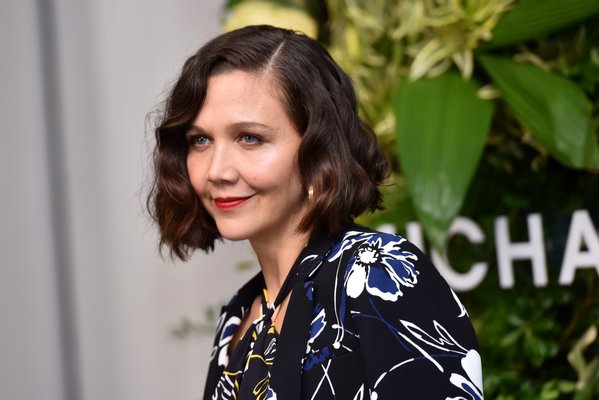 The 26th annual Hamptons International Film Festival—opening on Thursday, October 4, and taking place at various venues on the South Fork through Columbus Day, Monday, October 8—will bring back many favorite programs of the past while adding new honors plus timely discussions and innovative, immersive film experiences.

HIFF Artistic Director David Nugent said in an interview last month that programming the festival is always a long process.

“The entire lineup takes a lot of doing,” he said. “We start looking at and thinking about films in January.”

By the time April or May sets in, he begins to wonder, “How are we doing to do it?” he admitted. But the HIFF staff spends the summer watching films, and the festival always comes together with an impressive lineup.

One festival highlight is that “Gravity” director Alfonso Cuarón will present his Mexico-set drama “Roma,” the winner of the Golden Lion at the Venice Film Festival. Mr. Nugent said that Netflix, the distributor of the film, will be bringing a special projector to show “Roma” in 4K resolution—noting that most cinemas are still using 2K projectors.

Mr. Nugent noted that when he joined HIFF in 2007, so many films shown at the festival were on celluloid. Just 11 years later, the festival has gone from having most of the films on 35 mm reels to none of them.

One late addition to the festival—it is missing from the printed program but can be found online—is the German film “Never Look Away.” Mr. Nugent said this U.S. premiere is notable because the director, Florian Henckel von Donnersmarck, previously won the Oscar for Best Foreign Film for “The Lives of Others” and this new film is Germany’s entry into the next Academy Awards. The film is ostensibly about Gerhard Richter and artists in Germany around World War II and afterward. It will be screened on Monday at 10 a.m. at Guild Hall.

The popular “A Conversation With …” series will have three coveted guests this year.

Golden Globe-winning actress Maggie Gyllenhaal will speak on Friday at 3 p.m. She recently wrapped filming and producing the second season of “The Deuce” for HBO. She stars in the Netflix thriller “The Kindergarten Teacher,” the HIFF opening night film.

Actor, writer, director and producer Emilio Estevez will take part in a conversation on Saturday at 3:30 p.m. Alec Baldwin—who appears in Mr. Estevez’s new film “The Public,” which will be shown during the festival—will moderate.

Damien Chazelle, the director of “Whiplash” and the lauded musical film “La La Land,” which earned 14 Oscar nominations, including a win for Best Director, will speak on Sunday at 12:30 p.m. He will present his latest film “First Man,” starring Ryan Gosling as Neil Armstrong, during the festival.

Admission to each conversation costs $30. They will all take place at Bay Street Theater in Sag Harbor.

HIFF has partnered with OLA of Eastern Long Island, a Latino-American advocacy nonprofit, to present “The Silence of Others,” about the atrocities committed by the General Franco regime in Spain. The documentary will be shown on Sunday at 3:45 p.m. and on Monday at 11:45 a.m. at the East Hampton United Artists cinema.

Also in partnership with OLA, “The Hidden” at the Mulford Farm in East Hampton is an immersive multimedia experience offered Friday through Monday from noon to 4 p.m. on a first-come, first-served basic with free admission. By Annie Lukowski and BJ Schwartz—creators with the virtual reality entertainment company Vanishing Point Media—“The Hidden” gives the experience of being in an Immigration and Customs Enforcement raid, from every perspective.

Bruce Vaughn, the CEO of VR company Dreamscape Immersive, will speak on “The Future of the Cinematic Experience and Immersive Narrative” on Monday at 3 p.m. at the Pierson High School auditorium in Sag Harbor. The talk is presented by the Sag Harbor Cinema Arts Center and Sag Harbor Partnership.

HIFF’s tradition of recognizing up-and-coming actors continues. Previously called “Actors to Watch,” this year the honor is called “Breakthrough Artists and it is being sponsored by the charitable foundation of HIFF Co-Chairman Alec Baldwin.

The honorees are Kayli Carter of the upcoming Netflix film “Private Life,” Cory Michael Smith who stars as the Riddler on Fox’s series “Gotham” and who will appear in the festival films “1985” and “First Man,” and Amandla Stenberg, appearing in “The Hate U Give” and “This Changes Everything.”

Another honor to be presented during the festival is the second Dick Cavett Artistic Champion Award, given to actor and science advocate Alan Alda. The presentation will be during the opening night celebration on Thursday at 6:30 p.m. at Guild Hall preceding the screening of “The Kindergarten Teacher.”

The popular Winick Talks series at Rowdy Hall in East Hampton will have three events.

“Our Bodies, Our Stories” takes place on Friday at 10 a.m. marking the first anniversary of the emergence of #MeToo as a global movement. Filmmakers will discuss how stories of the abuse and subjugation of women and girls must be told.

“Breakthrough Artists” on Saturday at 10 a.m. will include a discussion with the three selected actors, and “A New (Virtual) Reality” on Sunday at 10 a.m. will discuss how virtual reality has moved from the realm of science fiction and into homes.