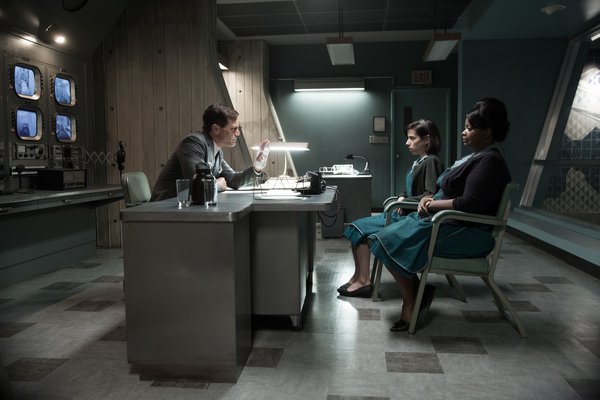 The nominations for the 90th annual Academy Awards were announced last week, with many of the nominees proving that the Hamptons International Film Festival continues to have good taste.

Of all the acclaimed movies nominated for the prestigious awards, 15 were featured at last year’s festival in October. Leading the pack with 13 nominations is Guillermo del Toro’s romantic creature feature “The Shape of Water,” which had its East Coast premiere at the 25th annual HIFF. Close behind with seven nominations is “Three Billboards Outside Ebbing, Missouri,” featuring Golden Globe-winner Sam Rockwell, who appeared at a screening of the movie at Guild Hall during the festival. Joining those two movies in the Best Picture category are the romantic drama “Call Me By Your Name” and the historical drama “Darkest Hour,” featuring Best Actor nominee Gary Oldman as Winston Churchill in the early days of World War II. Other acting nominations among HIFF selections included Willem Dafoe of “The Florida Project” for Best Supporting Actor and Margot Robbie and Allison Janney of “I, Tonya,” nominated for Best Actress and Best Supporting Actress, respectively.

HIFF showcased a number of documentaries, foreign films and short films throughout its five-day run. Three foreign films screened at HIFF earned Oscar nominations for Best Foreign Language Film: “A Fantastic Woman” from Chile, “The Square” from Sweden and “Loveless” from Russia. Two feature-length documentaries shown during the festival are up for Best Documentary Feature: “Icarus,” about exposing the doping system in Russian Olympic sports, and “Strong Island,” about the murder of the brother of filmmaker Yance Ford, who directed the movie, and the judicial system that failed the Ford family. Mr. Ford, a Long Island native, is now the first transgender director to be nominated for an Oscar. Other HIFF selections nominated for Oscars include “Edith and Eddie” for Best Documentary Short Subject, “DeKalb Elementary” for Best Live Action Short Film and “Negative Space” for Best Animated Short Film.

The 2018 Academy Awards are on Sunday, March 4, at 8:30 p.m. For more information on the festival, visit hamptonsfilmfest.org.