A Little Harry Can Go A Long Way: Filmmaker Rick Korn Shares The Story Of Music And Activism In 'Harry Chapin: When in Doubt, Do Something' - 27 East

A Little Harry Can Go A Long Way: Filmmaker Rick Korn Shares The Story Of Music And Activism In ‘Harry Chapin: When in Doubt, Do Something’ 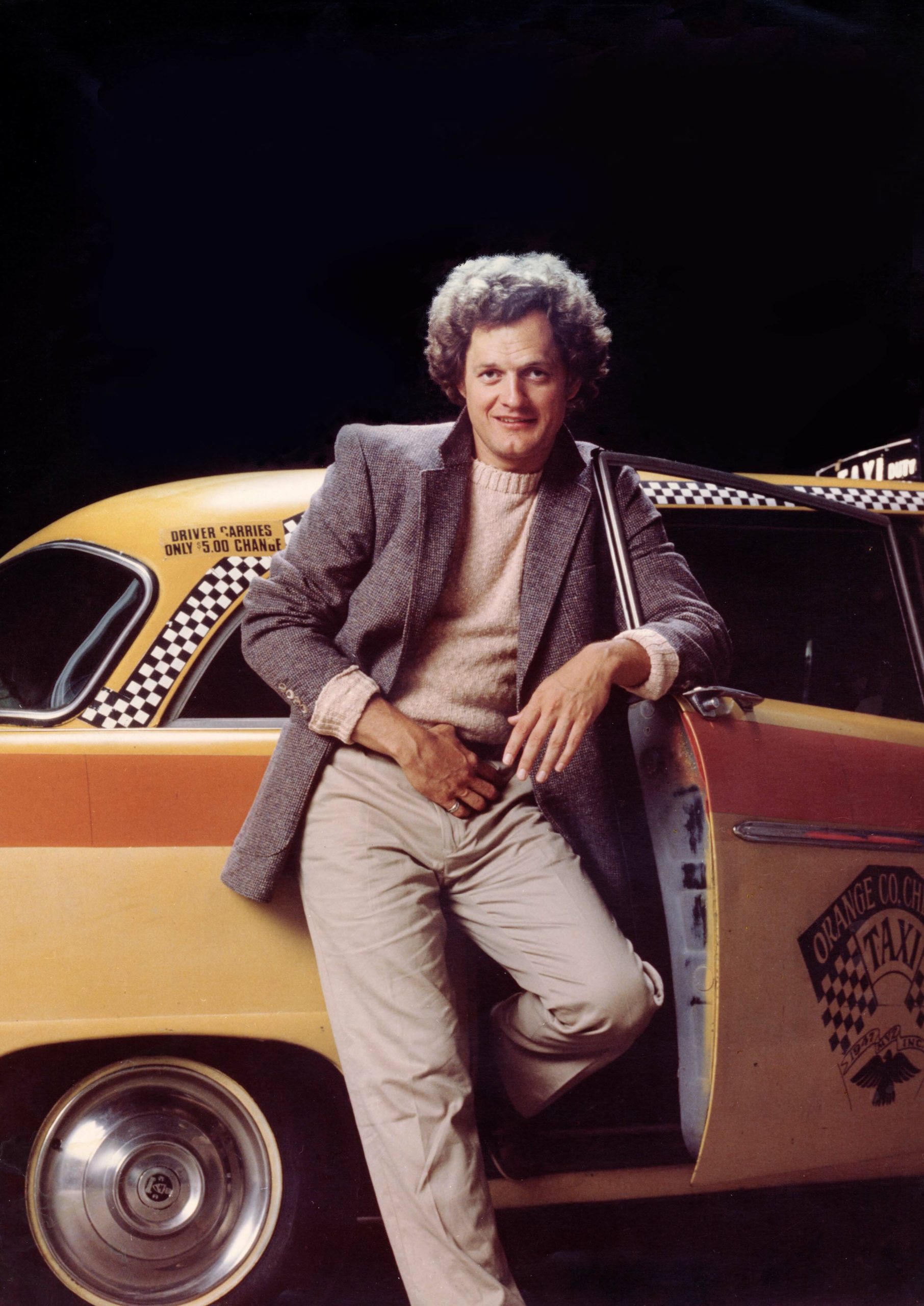 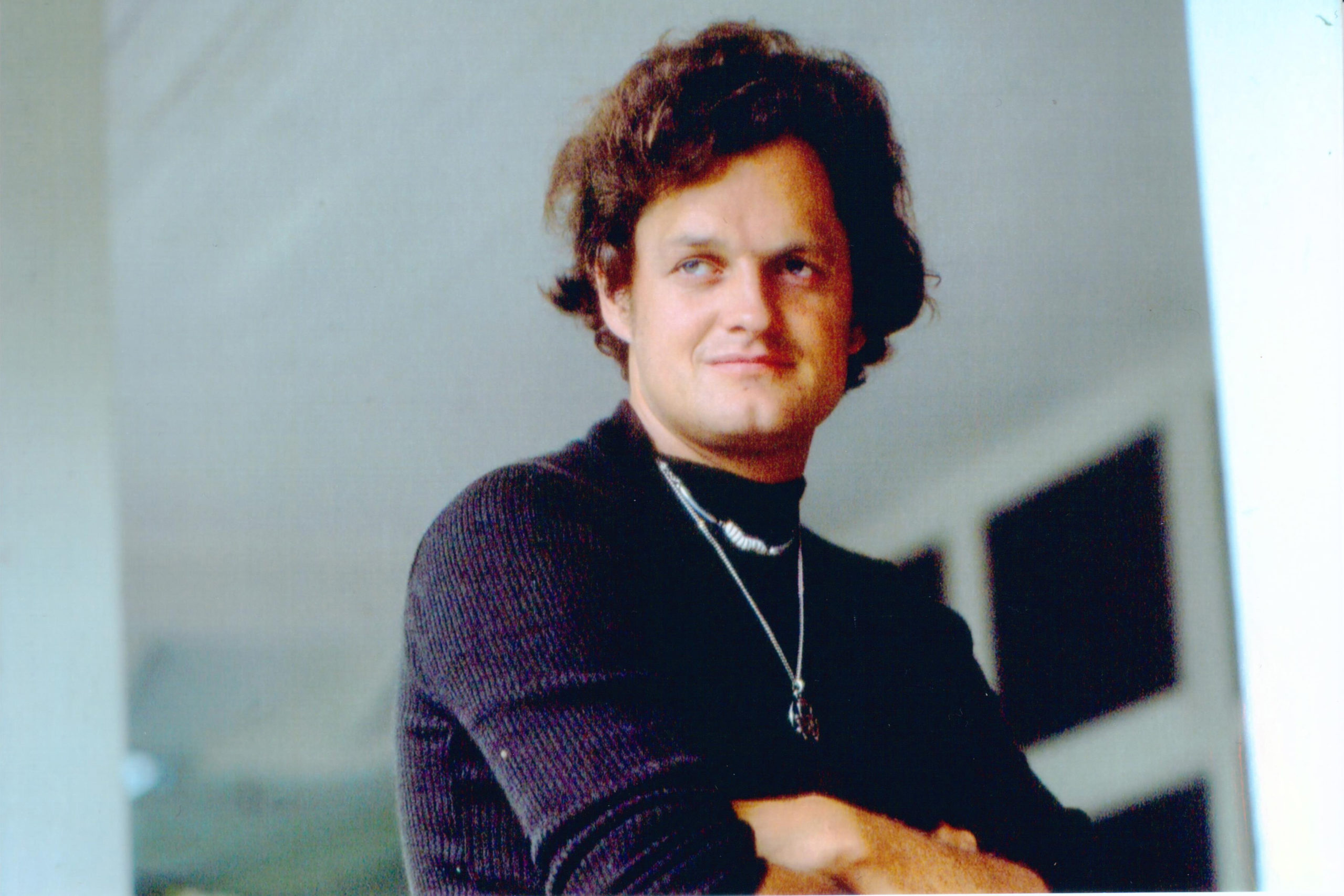 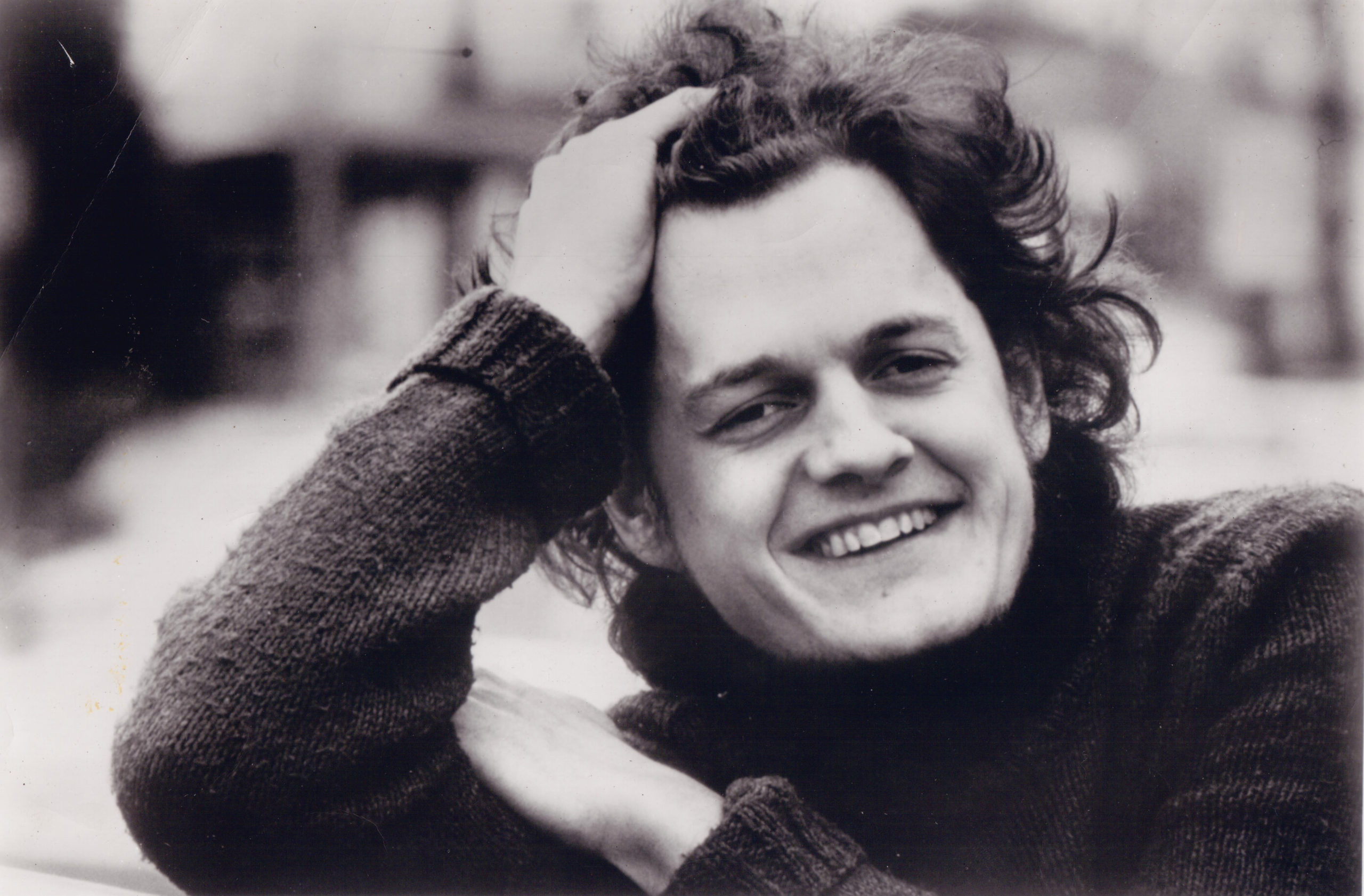 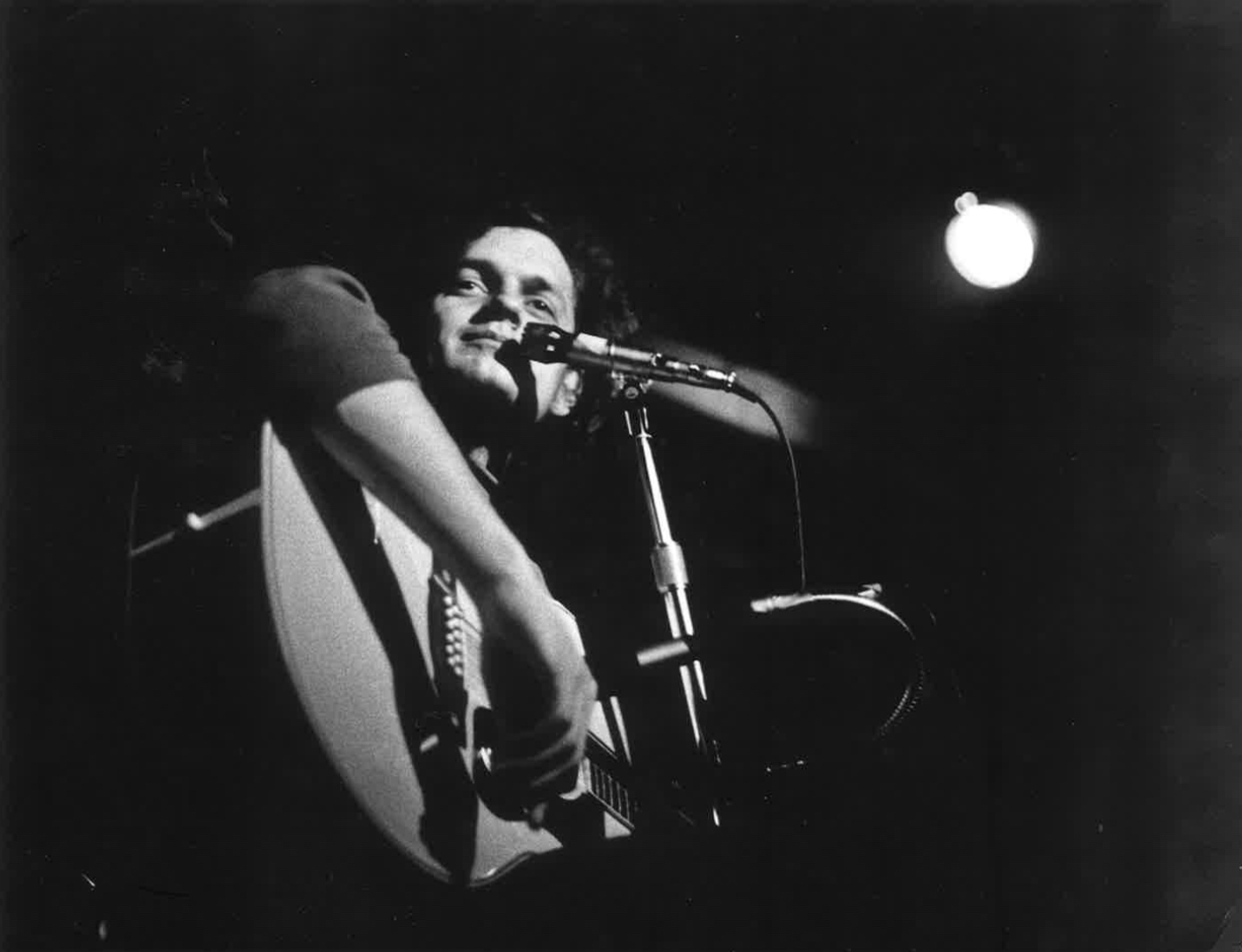 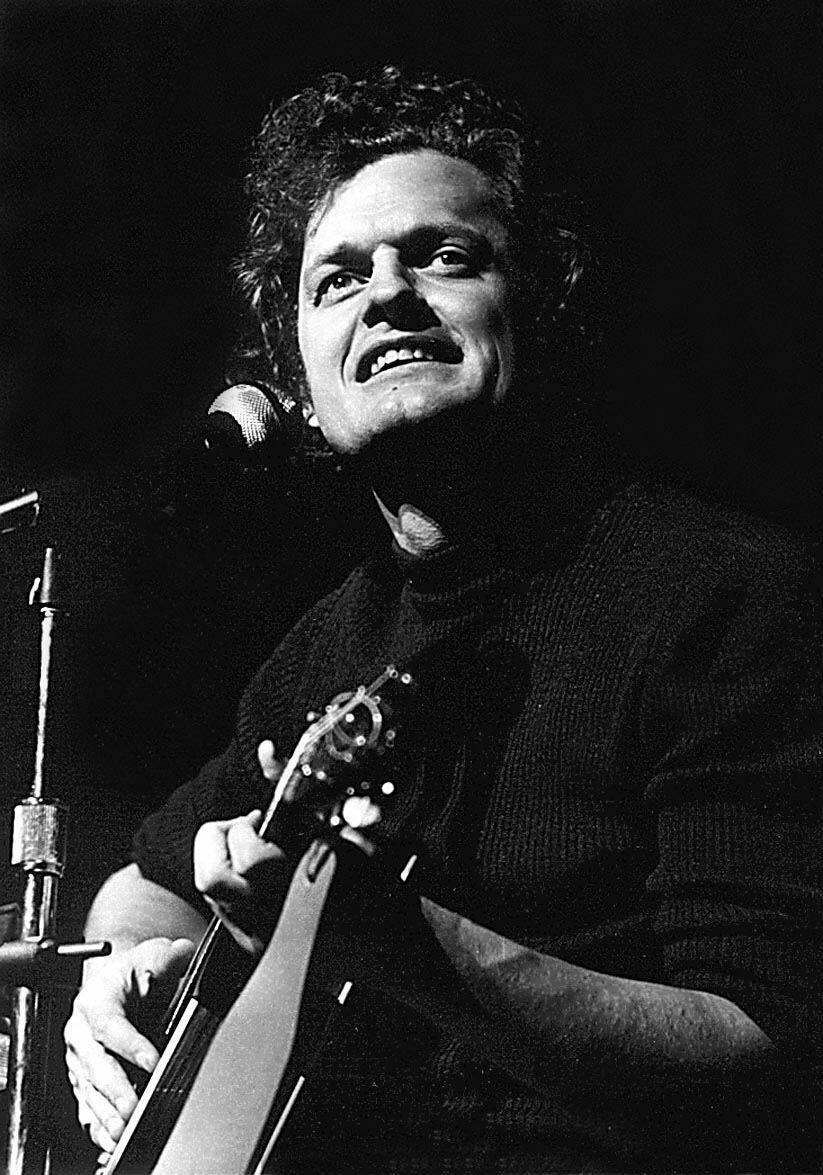 “My son turned ten just the other day

He said, thanks for the ball, dad, come on let's play

Can you teach me to throw, I said, not today

And he walked away, but his smile never dimmed

The above mournful lyrics of Harry Chapin’s 1974 hit song “Cat’s in the Cradle” about the speed with which children for whom parents have little time grow into adults who, in turn, have no time for their aging parents, has struck a melancholy chord in the hearts of generations of music fans.

Though recorded more than 45 years ago, the song, which began life as a poem written by Chapin’s wife, Sandy, is familiar terrain, even to Millennials and Gen Zers who were born long after it was recorded, thanks to its liberal use as a pop-culture reference in TV shows like “The Office” and “The Simpsons” or the animated film “Shrek the Third.”

Chapin, who lived in Huntington, was killed in a fiery crash in July 1981, after his Volkswagen Rabbit was rear-ended by a semi on the Long Island Expressway. It’s worth noting that at the time of the accident, Chapin, who was just 38 years old, was on his way to perform a free benefit concert at Eisenhower Park in East Meadow.

Perhaps the facts of Chapin’s death say more about his life than even his prolific musical career, given that if those who knew and loved him had any criticism of Chapin, it would be his propensity for giving his music away for free to raise money or awareness for a good cause, even when money was needed to support the band or his family.

The life and legacy of Harry Chapin is the focus of director Rick Korn’s new documentary “Harry Chapin: When in Doubt, Do Something,” which will have its world premiere at the Hamptons International Film Festival over Columbus Day weekend. The film will be screened as part of the Views From Long Island section of the festival, and while in it, Korn revisits Chapin’s extensive catalog of hits from the ’70s, including “Taxi,” “W-O-L-D,” “I Wanna Learn a Love Song” and of course, “Cat’s in the Cradle,” he saves his deepest dive for the musician’s passion for activism.

“Harry didn’t drink. He didn’t do drugs,” said Korn. “His vice was giving his money away and being an activist. That’s what intrigued me to want to do the film.”

Chapin’s greatest humanitarian cause was hunger and food insecurity and together with DJ and former priest Bill Ayres, in 1975 he created World Hunger Year (WHY) which became WHYHunger, an organization that is still around today and has a mission to advance the right to nutritious food both in this country and abroad. In 1977, Chapin was named to President Jimmy Carter’s Commission on World Hunger, and in 1980, he was instrumental in founding Long Island Cares, the island’s first food bank.

As a film and TV producer, a writer and a director, Korn has worked with many non-profit organizations, including WHYHunger, for whom he produced fundraising concerts, eventually becoming friends with Chapin’s old partner, Bill Ayres. While interviewing Ayres for a previous documentary about 9/11 rescue and recovery workers, Korn happened to ask him why no one had ever made a documentary on Harry Chapin before. To which Ayres responded, “Why don’t you do it?” and helped make the film happen by introducing Korn to Chapin’s wife, Sandy, and his son, Jason.

While his music was moving, it was the philanthropic portion of Chapin’s legacy that truly inspired Korn to make the film, which is why a portion of the proceeds from its earnings will go to WhyHunger and The Harry Chapin Foundation.

“We look to make films that really matter in the world today. What Harry did and created in the ’70s is helping millions today, and even more so with the pandemic,” said Korn. “It merges my two loves — music and an important issue.

“We think this is an important time to tell Harry’s story,” he added. “The way the country and world is, a little Harry can go a long way. He’s one of the most compassionate and talented people who ever roamed the earth. With the divisiveness coming up with this election, we can use a 93-minute break from that.”

Ironically, Korn didn’t just know Chapin through his music and charitable work. It turns out, he had a more personal connection and as a teenager growing up on Long Island in the 1970s, actually had the opportunity to meet the musician.

“I went to high school in Plainview,” said Korn, who graduated in 1975. “When I was a junior, Harry came in to the school in the middle of the day. Everyone stopped what they were doing. For two hours, he sang and talked about hunger and poverty.

“It made an impression on everyone in my school.”

Harry Chapin made an impression on many people, hailing, as he did, from a family filled with musicians. He formed his first band, the Chapin Brothers, in the late 1950s with siblings Tom and Steve, while his father, Jim Chapin, was an acclaimed jazz drummer who lived in Sag Harbor for years prior to his 2009 death.

It’s been a long time since Harry Chapin died on the Long Island Expressway and Korn admits that putting together a documentary on someone who’s been gone nearly 40 years is no easy feat. Fortunately, he found that Sandy Chapin had done an excellent job of preserving her late husband’s legacy, as well as his recorded video and audio material.

“We were fortunate. Sandy’s a brilliant woman and very much behind what Harry did philanthropically,” said Korn. “She was smart enough to buy content along the way that people were making of Harry.”

Bonus material for the film surfaced in a closet at the Chapin office where never before seen footage of the musician’s memorial service was found. More treasured film was discovered of Harry and his brothers as youngsters vacationing in Andover, New Jersey, that had been shot by the boys’ uncle who was an early documentary filmmaker.

“It included the extended Chapin family,” said Korn. “We went through it, it took an enormous amount of time, but in the end, we pieced it together and also bought some footage of Harry on Johnny Carson.”

The final film also includes interviews with Chapin’s fellow musicians and friends, including Billy Joel (he used to open for Chapin’s band), Pat Benatar, Bruce Springsteen and Bob Geldof, who credits Harry Chapin with inspiring his own massive 1985 Live Aid benefit concert that raised money for famine relief in Africa.

In terms of his musical style, Korn notes that Chapin was unique. Influenced strongly by folk music in his formative years, by the early ’70s, Chapin had grown into a brilliant musical storyteller and he defined himself by creating a unique band that included a cello player and “Big” John Wallace, a bass player and back-up singer known for his impressive vocal range.

“People compared him to Gordon Lightfoot, John Denver or Billy Joel, but he viewed himself as a category unto himself,” said Korn. “Later in his career, he became more involved in activism and eventually, music was a way to his activism.”

And it’s the activism, particularly, that Korn would like people to remember about Harry Chapin, especially in these turbulent times when so much is on the line politically, socially, economically and scientifically.

“Things Harry said in the ’70s are so relevant,” said Korn. “The interviews for this film were done in 2018 and ’19. The last question I asked of Billy Joel was ‘What would Harry be doing today, given the political climate?’ He said, ‘I don’t know, but my feeling is right now, he’d be down at the border doing a benefit concert and hawking me to do it, too.’

“That inspired us. After we were done making the film, I wanted to think about getting it out before the election,” added Korn, who in addition to the documentary, is also producing an hour-long docu-concert that will be distributed for free and encourages people to get out and vote and donate to charities.

“That’s what Harry would be doing,” he said.

“Harry Chapin: When in Doubt, Do Something” will screen at the Hamptons International Film Festival on Saturday, October 10, at 7 p.m. at the festival’s drive-in venue in Amagansett. The film will also be available virtually from October 9 through 14. To purchase tickets and confirm location, visit hamptonsfilmfest.org.

Since it will be a while before traveling the globe will return, Montauk Library is ... 25 Jan 2021 by Staff Writer

On Tuesday Nights, Watch With WHBPAC

You may be by yourself, but you’re not alone. That’s the philosophy of the Westhampton ... by Staff Writer

Hear From The Filmmakers In ‘Cinema Live’

For The Love Of Jack Larsen

Are your kids funny? Now’s their chance to shine as Southampton Cultural Center (SCC) offers ... by Staff Writer

Inspired by the works of Bertolt Brecht and Kurt Weill, “Urinetown” is an irreverently humorous ... by Staff Writer