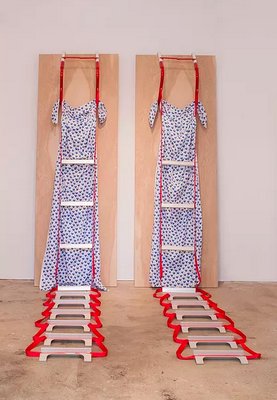 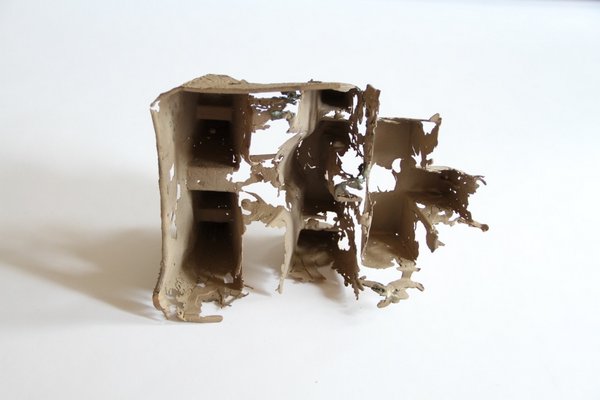 Nicole Nadeau from "Shelter a world of fragile parts" 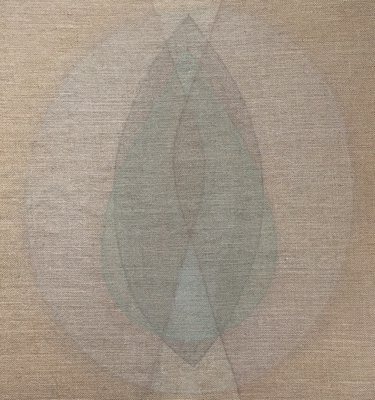 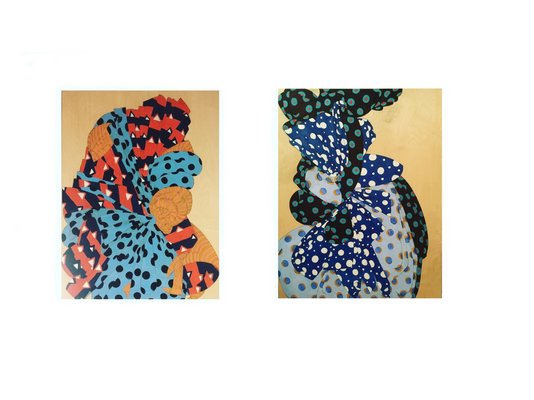 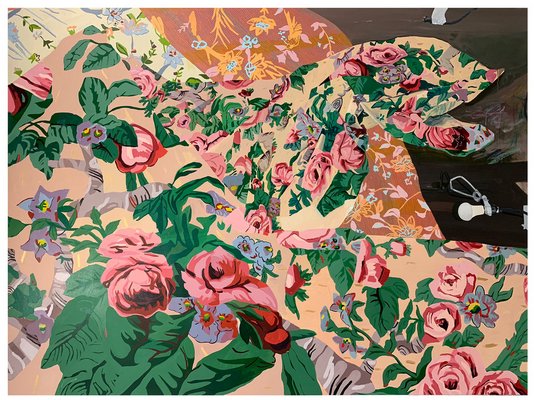 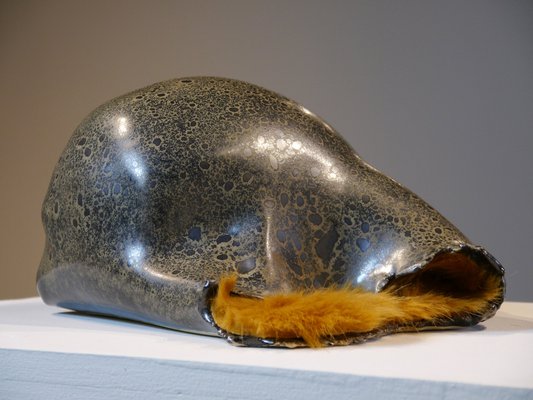 But in his poem “A Chair,” poet Russell Edson describes the titular object as one that “dreams of a room” where it “waits to be with its person” — and that feels no less true.

Like Edson, six artists are challenging the contextualization of the familiar, from the homes we visit to the bodies we inhabit, in the new show, “A Rose Is A Rose Is A Rose: Reimagining the Domestic,” featuring work by Sydney Albertini, Rachel Garrard, Terra Goolsby, Talia Levitt, Nicole Nadeau and Jo Shane.

The collaborative show from Iron Gate East and Salomon Contemporary will open with a reception on Sunday, August 25, from 5 to 8 p.m. at The Gallery @ Water Mill Square, located at 670 Montauk Highway in Water Mill.

“‘A Rose Is A Rose Is A Rose: Reimagining the Domestic’ features six artists whose works, despite the world they reference and their own objecthood, possess a mysterious, singular poetry,” according to Kelcey Edwards, Iron Gate East founding director and curator. “Working with a broad range of materials and in a variety of styles, these works differ in every way imaginable: palette, form, scale, technique.”

“In each case, however, there is a disorienting sense of a re-contextualization of the familiar — from the homes we visit to the bodies we inhabit — that is at once exhilarating and immensely satisfying.”

“In Levitt’s painting, whether it’s a curtain or a coffee table or a bouquet, the viewer is often placed at an impossible angle to the subject as, through references to the act of making, the painting deconstructs itself,” Ms. Edwards said.

In other instances, the works are more enigmatic and open to interpretation, the curator explained. “The soft focus, flesh-toned abstract paintings of Rachel Garrard displayed alongside the fur-lined ceramic, cavernous sculptures of Terra Goolsby seem to reference the lines and forms of female genitalia,” she said, “as well as the objects that serve as metaphors for this physical aspect of womanhood — the blossoming orchid, the dark interior of a shell.”

Ms. Nadeau’s bronze casts of packaging materials also relate to the body as object, with what the artist describes as “their perceived strength but undeniable fragility.” With a background focused on the meaning of form, she weaves between art and design fluidly, allowing the two researches to influence each other.

Ms. Shane’s installations and Albertini’s textile works and paintings speak to the “sublime act of transcending the commonplace through the manipulation of repurposed materials: a body made of yarn, an escape ladder to nowhere, the rose that has ceased to be a rose,” Ms. Edwards said.

“By reimagining the familiar, these artists have created space for us to pause and consider ways of seeing and ways of imagining,” she said. “From the table where they sit to the table where we sit, perhaps over a glass of something hot or something cold, we are thinking about the things that matter most to us: the ways we see, the ways we choose to see, the decisions we want to make, the world we want to live in, who we are gathering with and why.”

The show will remain on view through September 22. For more information, visit irongateeast.com or salomoncontemporary.com.