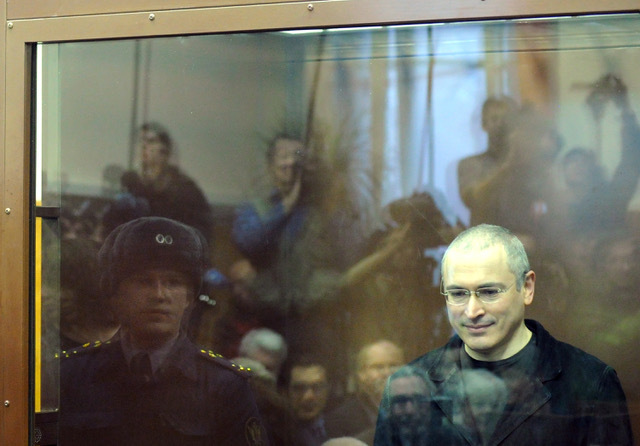 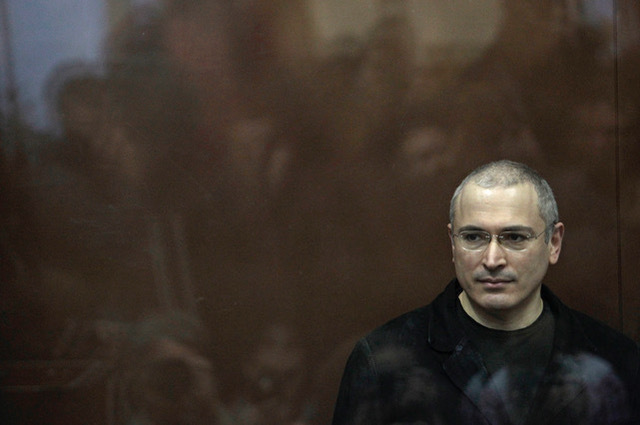 Once believed to be the wealthiest man in Russia — with a fortune estimated at $15 billion in 2003 before his downfall — Khodorkovsky has since become one of President Vladimir Putin’s foremost critics, advocating for democracy, independent media and aid for political prisoners through his initiative, Open Russia, while living in exile under a rumored kill order in London.

In 2017, the reformed oligarch — who rocketed to wealth and prominence in the 1990s, only to serve a decade in prison in Russia and become an unlikely leader of the anti-Putin movement — was finally ready to explain exactly how he got there.

And an eager Gibney was ready to listen, cameras rolling.

“Do I believe the change is real? I actually do,” Gibney said of Khodorkovsky during a recent telephone interview. “I’m a believer that people do change and I think that he already betrayed some sense of empathy that was unusual for people in power when he was the, kind of, ruthless oligarch.”

Supported by interviews with Russian journalists, business minds and legal experts, Khodorkovsky anchored the larger story on the inner workings of power in Russia, which Gibney explores in his latest documentary “Citizen K,” screening Friday, December 6, at Bay Street Theater in Sag Harbor, as part of the 12th annual Hamptons Doc Fest in collaboration with the Sag Harbor Cinema.

Part political thriller and part cautionary tale, the film’s theatrical release on Friday is also a stark reminder of the impeachment inquiry that President Donald Trump currently faces, centered on accusations that he improperly sought help from Ukraine to boost his chances of re-election in 2020.

Though, in this film, the president’s name is not mentioned once.

“It was intentional, first of all, because Trump is an attention hog,” Gibney said. “He demands our attention all the time by doing these outrageous things. So I felt that it was important not to give into that. I wanted to do something that had nothing to do with Trump, even though broadly speaking, metaphorically speaking, this film does have something to do with Trump.

“I wanted this to be about Russia, and if that raises questions about the United States, good,” he continued. “But that wouldn’t mean that it always has to be tied in some cheap attention-grabbing way to Trump, who seems to be sucking our gaze at every moment.”

In the winter of 2018, Gibney and his team traveled to Russia and Siberia for nearly three weeks. It was the director’s third visit — his first was to travel the Trans-Siberian Railway during his summer between high school and college, when Russia was still the Soviet Union, and he went there again for his 2016 documentary “Zero Days.”

But this time was different, he said. Equipped with burner phones and burner computers — all suffused with malware when his team returned to the United States — the trip was “a deeper dive” that proved to be revelatory, he said.

“I was surprised how popular Putin seemed to be outside of the major cities,” Gibney said. “In the places we went to, and were just talking to people, everybody we talked to were huge Putin fans. They talked about him, essentially, ‘making Russia great again,’ but also bringing stability and pride to the country. They seemed to feel that he was going to allow them to live lives that wouldn’t descend into chaos, and that was good and brought back a sense of pride to being Russian. That was really interesting to me, to find that.”

The previous fall, Gibney had already traveled to London to meet with Khodorkovsky, an imposing figure and abstract thinker who, initially, came across as shy. It was surprising, Gibney said, considering his former status as one of seven Russian oligarchs who, at one time, controlled 50 percent of the country’s entire economy.

“He doesn’t like to give much away,” Gibney said. “I could tell right away how smart he was — a really, really, very, very, very intelligent person. And that was intriguing to me. He was clearly, also, not a hookers-Ferraris-and-coke kind of oligarch. He was after bigger stuff. So all of that was interesting to me.”

In time, Gibney began to crack Khodorkovsky’s walls, learning more about the man who would create the first commercial bank in Russia before the age of 30 and, using questionable methods, leverage his wealth to acquire even more valuable enterprises — including state assets, such as the Yukos Oil Company — he recounts with a mischievous smirk in the documentary.

“I mean, look, he’s not Oprah. He’s a long way from Oprah, in terms of being gushing about his emotional state,” Gibney said. “He himself says he likes to look forward, not back, so it was difficult to get him to tell stories. But over time, I think he got a bit more comfortable. And we spent a good bit of time doing it.

“He referred to it as ‘torment’ or sometimes ‘torture,’” the filmmaker continued with a laugh, “but he willingly engaged in it. We sat a great length, and over time, I think we got to someplace interesting.”

When Putin took control of Russia and began to implement a more authoritarian government, he would come to regard Khodorkovsky as a threat, especially after the businessman accused the president of corruption during a nationally televised forum on exactly that. Soon after, Khodorkovsky was conveniently convicted of fraud and tax evasion, and his 10 years spent in a Siberian prison would make him a hero for the cause of human rights and democracy.

“Two things can happen when you go from being one of the richest people on the planet, and one of the most powerful, to being utterly powerless, whose only power is to take one’s own life in a hunger strike,” Gibney said. “You can either descend into self pity, or you come out the other side and reach a more profound understanding about society and also who you are, and what the meaning of life is.”

Today, Khodorkovsky lives as a free man in London, inconspicuous in his day-to-day travels with a backpack over his shoulder, unencumbered by security detail of any kind — despite rumors that he’s under a kill order, Gibney said.

“I think his celebrity and his role as a visible and outspoken critic of Putin probably also gives him some protection, but he’s a tough guy,” he said. “He really is a macho character, so that’s part of it, and part of it is like, ‘Well, if it happens, it happens. I’m not going to live my life in fear.’”

During production, Gibney met with Dmitry Peskov, Putin’s spokesperson, in an attempt to reach the Russian head of state himself. The request was ultimately declined, though Khodorkovsky tells the filmmaker that “Citizen K” is now in wide release on the dark web in Russia — his story available for all to see.

“He says at one point, which was one of his prison writings, ‘I realize that life is not about having, it’s about being,’” Gibney recalled. “Well, that’s kind of a profound idea for a former oligarch, so I do believe in the change in prison. I think he learned a lot and he came out of it a very different kind of character.

“Mind you, there are aspects of the old Khodorkovsky that still remain, but I think there was a good bit of change,” he continued. “I think he’s quite sincere about trying to bring a greater sense of civics and democracy to Russia.”

As the United States nears the upcoming election — and Trump potentially seeks reelection — Gibney urges voters to think critically on the abuse of power, as seen in Russia and “Citizen K.”

“In the 2016 election, there was an attack, and I suspect there will be some kind of interference in 2020,” Gibney said. “And I think that one of the things that Putin is doing is to try to export a soft authoritarianism, to suggest to people that that’s better in the long run: ‘If you have a strong leader, who doesn’t care much about truths or the facts, but makes everybody money, then that’s okay.’ And it’s a very disquieting idea that we might be sliding into that kind of model, too.”

“Citizen K” will screen on Friday, December 6, at 8 p.m. at Bay Street Theater in Sag Harbor, as the Friday Night Spotlight of the 12th annual Hamptons Doc Fest in a co-presentation with the Sag Harbor Cinema. A conversation with director Alex Gibney and the Sag Harbor Cinema Arts Center’s artistic director Giulia D’Agnolo Vallan will follow. Tickets are $25, including complimentary wine.

For more information about the festival, which runs from Thursday, December 5, through Monday, December 9, visit hamptonsdocfest.com.