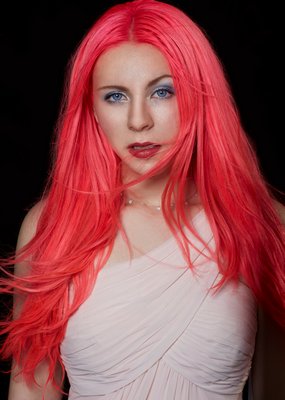 Ameliarose Allen is coming to the East Hampton TV Festival next week.

Those were the words that would begin an exciting journey on “American Idol” for Ameliarose Allen, a 17-year-old singer-songwriter who at a young age has already had a successful career. Now, she will head to Guild Hall in East Hampton to perform for the first East Hampton TV Festival.

In 2017, “American Idol” casting had reached out to her to encourage her to audition after seeing her videos on YouTube. When she auditioned, she was told to come back a year later to solidify her “musical lane.”

A year later, Ms. Allen was the last to audition in New York, singing “Liability” by Lorde and her own original song “Drown” to judges Katy Perry, Lionel Richie and Luke Bryan. With the judges’ affirmation, “You’re going to Hollywood,” Ms. Allen was one of the 179 contestants to receive the golden ticket to Hollywood out of the 100,000 people from 20 cities who auditioned. On the West Coast, she would meet other contestants around her age who she still keeps in touch with to this day.

Her journey in Hollywood would end with the final cut to get into the top 40, but it did not end her own journey as an artist. Ms. Allen released the song “Afterlife” in March, which is being distributed by Warner Music Group ADA. She has also recently opened for singer Aaron Carter, among other well-known performers. Soon, she’ll be hosting a pop culture segment called “The Amelia Minute” for a program called “Wonderama.” She achieved all this success before graduating from high school.

“Sometimes, if I have a show and a test on the same day, I’m like, ‘oh my gosh,’” Ms. Allen laughed, adding that sometimes she has to miss a few days of school to travel, causing her to have to catch up on schoolwork. But, she said that it’s not “too much of an interference.”

This year she’ll begin her last year in high school as a senior. And for her last summer as a high school student, she is looking forward to leaving her home in Hudson Valley to check out the Hamptons while in the area for her performance at the East Hampton TV Festival.

“I would love to go to the beaches in East Hampton,” Ms. Allen said. “I’ve heard they’re absolutely beautiful.”

She is also looking forward to singing originals and covers on the grand piano at the East Hampton TV Festival.

“It’s really an honor to be a part of [the East Hampton TV Festival] and be in the environment,” Ms. Allen said, later adding that she looks forward to playing the piano: “I love the grand piano.”

The East Hampton TV Festival, in its first year, is produced by the Foundation For the Arts & Film. The festival invites producers and filmmakers from across the United States and the world to submit their projects in an effort to support quality television. Ms. Allen will perform both days.

The festival, which goes from July 22 to July 23, will open with a red carpet cocktail reception at 6 p.m. Awards will be given out the second night. Evening screenings will be held both nights, along with panels each day from 10 a.m. to 3 p.m. On the last day, an art exhibition featuring works by Marcus Jansen, Susan J. Barron and Robert Cenedella, will be open from 10 a.m. to 8 p.m. Tickets start at $10, available at ehtvf.com.